All Game of Thrones Discounts, Offers and Sale - May 2022 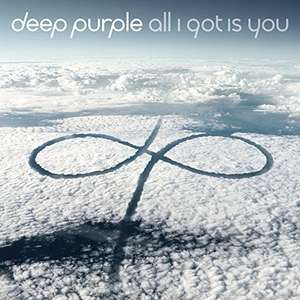 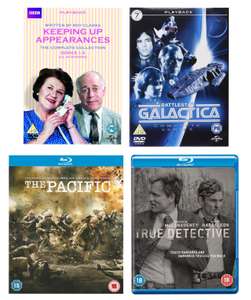 Just bought 8 blu-ray sets - seasons 3-8 of Game of Thrones (already had a double set of seasons 1 and 2) and seasons 6-7 of The Walking Dead (had a season 1-5 pack and it really nosedived in season 8, so not that interested from that point onwards). Nice to get blu-ray season boxsets for £7.50-ish - it's often tough to find them under a tenner.

Have The Entertainment Store improved thier packaging of late? I stopped using them after I received a couple of damaged orders in the polythene bags they were shipping in.

Awesome thank you so much Just got From the earth to the moon and 11.22.63 11.22.63 is the best story Stephen King ever wrote hoping the series is as good as the book 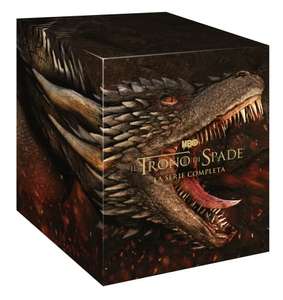 What was you expecting from it though? Like how would you tie up all the ends. It ended how the whole show was formed just in a shorter period.

You enjoyed the ending? It was a total cop out.

Must be in the minority but I enjoyed the ending. I don't know what people were expecting 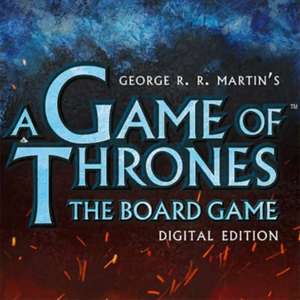 -48° Expired
Posted 14th AprPosted 14th Apr
A game of thrones: board game iOS digital edition - £4.49£4.49£8.9950% offiOS App Store Deals
The digital version of the board game. Best price since it’s release on iOS in July last year. It’s still receiving updates as there are complaints of the multiplayer being spotty. Hope it h…

Is it OK to play against AI.

I’ve not played it. I believe it’s a faithful recreation of the board game, but not brilliantly implemented multiplayer. This is the best price it’s been, but the frosty reception seems to imply no love for it even at this price. I’m not going to bother with it, only listed it because technically it’s a deal! 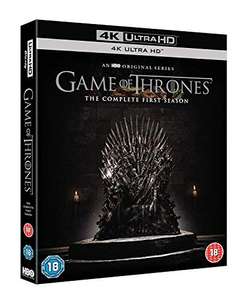 Good price for 4k in general. Shame the final season ruined it for the sake of rushing it.

Season 1 is a masterpiece. 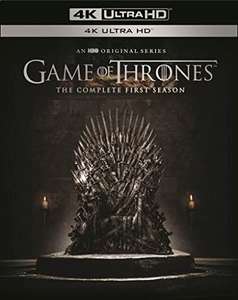 325° Expired
Posted 12th AprPosted 12th Apr
Game of Thrones: Season 1 4K UHD £4 @ Cex with free click and collect (or £1.95 delivery)£4CeX Deals
The complete first season of the HBO medieval fantasy drama based on the bestselling novel series 'A Song of Ice and Fire' by George R.R. Martin. The programme follows the battle between the…

Nice spoiler. Another excuse for me to not have to watch this I suppose.

Can't believe that Cersi's mum was a dragon! Was not exoecting that. Sorry.. spoiler alert :)

Make sure you stop buying at Season 6 (y)

The Best Game of Thrones Deals

Game of Thrones is a TV series produced by the American company HBO. The series started in 2009 and is now about to air its last season: the eighth. Already established a massive fan base, this fantasy epic has been capturing the world's TV viewers and it seems like it won't slow down in the near future.

There are a number of products related to Game of Thrones and shopping these items smartly might be difficult. This buyer's guide will give you tips on how to shop Game of Thrones DVDs, books and games.

Game of Thrones derives from the books titled “A Song of Ice and Fire”, the series of fantasy novels written by George R.R. Martin and published by Bantam Books in 1996. The full saga was completed in three books and in well over 2,000 pages. Not too long after Martin's series formed a huge fan group that is almost like a cult. Several sequels followed: “A Feast for Crows” in 2005, then “A Dance with Dragons” in 2011, with the promise of further instalments in the near future.

However, there is more. In 2006, David Benioff wanted to create a TV adaptation of Martin's saga. After a five-hour meeting with George Martin, Benioff and his partner D.B. Weiss proposed the series to the American television network HBO. Impressed by the scope of the production and the capturing storyline filled with action, romance and betrayal, HBO began producing the first season later that year.

The first episode of Game of Thrones was aired in 2009. Despite cost overruns and missed deadlines that made the project uncertain, the series quickly hooked the audience once released. Soon, Game of Thrones' production team decided to spend over $10 million per episode in order to create spectacles that were only seen in big budget fantasy movies.

Started out with a relatively moderate casting, these previously little-known American and British actors now became huge celebrities. Martin was included in every stage of the production from writing scripts to working on future adventures in the Westeros saga. As the complexity of the characters grew, an individual writer was assigned to each major protagonist in order to ensure the consistency and plausibility of the character development. No television show was ever created with this level of detail.

Since 2011, a new season has been produced every year and as of 2017, seven seasons were completed and aired, totalling up to 70 episodes, each of which is an hour long. And the series will conclude with its eighth season that is scheduled to premier in 2019. 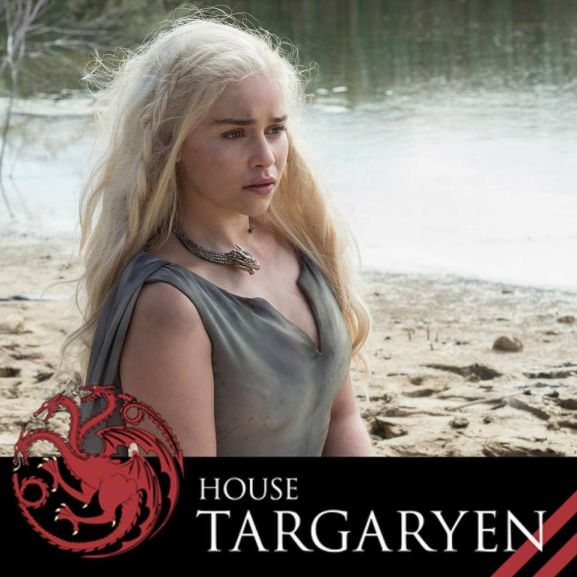 What is Game of Thrones About

The main topic the whole series is revolving around is the struggle for control over Westeros. Despite its introduction of a continent in the East called Essos, the main battles center around the control of Westeros.

Westeros is a huge continent that stretches over 3,000 miles and includes deserts, mountains, plains and a complicated political map. It consists of several states; for example, Dorne in the South and Winterfell in the North; and there are also lands beyond Winterfell that are separated from the rest of the continent by a wall.

The story unfolds with numerous families contending for Westeros. An important thing to note about the way politics works in the GoT world is that marriages are just as important as military battles. This aspect adds romance, filial rivalry, fratricide and plenty of tension between parents and children to the storyline. 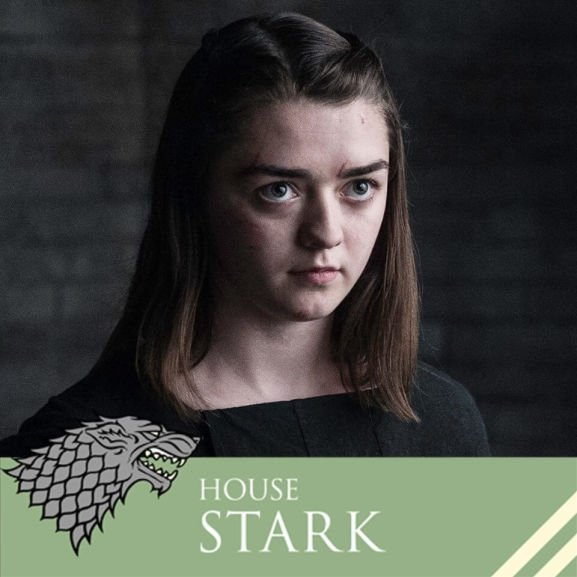 Key Characters of Game of Thrones

Game of Thrones features several families that battle for dominance over Westeros. The main families that you need to know about are as follows:

There are numerous sub-groups and allies of the main protagonists, as well as the families. There are also some key characters that are important to know to understand the overall narrative and those are as follows:

That's a brief overview of some of the major characters in the show. There are hundreds of characters from various sub-families, as well as the wildings, dragons and much more. But for the GoT starters, all you need to remember before watching the show is that the Starks, the Lannisters and the Targaryens are at the center of the battles. They are the houses that play the “Game of Thrones”.

If this sounds like an interesting show for you, you can start looking into a variety of GoT products. You can find them at a bargain on HotUKDeals. Here are some of the options you have if you intend to watch the HBO series:

If you're really keen on digging into Game of Thrones, you may also want to read George R.R. Martin's original books. If that's the case, you can pick up a Song of Ice and Fire box set that contains all seven books of the series. They are way more cost-effective than buying each book after another. So, buy in bulk if you know you will absorb into them. It is very engaging, so there's a good chance you'll get your value's worth.

How to Watch Game of Thrones in the UK

Game of Thrones is an American TV show and the latest episodes are always premiered on HBO. Then, how can UK GoT lovers not miss out on the episode premiers?

The bad news is that seventh season is not available on Freeview or UK terrestrial channels yet, so you'll have to access it through a paid TV service. However, we have some tips on how to get these services affordably.

The only UK digital provider that plays the show is Sky and you can purchase Now TV subscriptions to watch Game of Thrones. Now TV streams the show at exactly the same time as it airs in the USA (2 a.m. UK time) and has it available for another month after the premiere.

On a positive note, Now TV offers 14-day free trials. So, if you want to watch Game of Thrones season 7 for less, it's well worth doing the free trial. Try to schedule the beginning of the trial just before an episode becomes unavailable. That way you can watch two episodes for free of charge before you decide whether to purchase the subscription or not.

If you decide to subscribe, Now TV offers monthly contract packages and passes. You can also purchase three-month Entertainment Passes that are more economical than buying three different monthly passes. For more options, make sure to check out the listings on HotUKDeals for discounts and promotions.

Game of Thrones created a great fandom as people became fanatical about the show. If your son, daughter, partner or even parent is a GoT fan, these are some gift ideas that are available on HotUKDeals?

Are There any Game of Thrones Games?

With its complicated plot and engaging battle scenes, Game of Thrones quickly became a target for game designers who came up with board games and video games. Here are some amazing GoT products for gamers:

How and When to Buy Game of Thrones Related Products

It is never too late to start diving into the world of Westeros and wondering who captures the Iron Throne. Game of Thrones box sets let you watch every episode at your leisure.

One of the best ways to purchase a season 1-6 box set is by checking the HotUKDeals Game of Thrones listings, where you'll find a number of deals from merchants like Amazon, Tesco, WH Smith, HMV and eBay. Shop around for the best DVD and Blu-ray deals, whether it's a box set or just one season.

If you want to catch up on the latest episodes as they are aired, HotUKDeals also has the answer. Don't head straight to the Now TV website to buy a pass. Instead, take a look at our listings for current deals and promotions, as there would likely be a way to save more on an Entertainment Pass.

Always check first the HotUKDeals listings for merchandise, gift ideas and games as well. Game of Thrones is a popular show with high demand and there should be many available discounts. Take your time to check the listings to make sure you get the cheapest price whenever you need to make a purchase.

Game of Thrones has become one of the most successful TV shows with millions of fans all over the world. Whether you just decided to watch the series for the first time or you are looking to read George R.R. Martin's original books the show is based on, you'll find the right options for you at the lowest price with HotUKDeals.