Looks like there are no discussions. Got something to say, start a new discussion.

As all racing fans will probably know, there's been a new addition to the world's most successful F1 game family. The F1 2019 release date was June 28 2019, allowing budding Lewis Hamiltons to take to the grid and test their skills at a totally new level of realism.

Available for PC, PS4, and Xbox One, the F1 2019 game could be the greatest recreation of Formula 1 action yet seen on home consoles. But does it measure up to the hype, and what is the best way to make an F1 purchase? This hotukdeals buyers guide will answer those key questions and more. So make a pit stop to read our guide if you want to make big gaming savings. 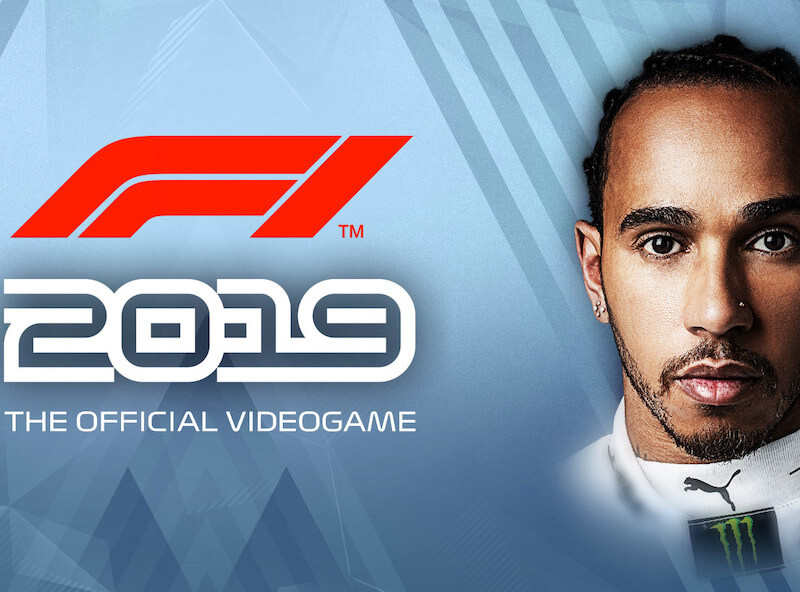 A Quick History of the F1 Gaming Series

F1 has a long gaming history. Ever since arcade machines hit the high street, designers have taken inspiration from high-speed racing, with games like Pole Position, Continental Circus, and Indy 500 becoming cult classics. But the F1 series is something different. As gaming technology developed in the 1990s, game designers realised that they could finally emulate some of the sheer speed and excitement of actually being in the cockpit of an F1 car.

Starting with F1 on the PS1 in 1996, famous British games company Psygnosis created a stunning series of racers. From the start, F1 allowed players to race full 17 circuit seasons, or link together PlayStations to race against friends.

After the initial title, new F1 games arrived almost every year, each time capitalising on the latest gaming systems. Quality levels have usually been high, although there have been a few duds along the way (like the rushed F1 1998). And new features have been added from time to time. For instance, F1 2001 added “Challenge” mode and upgrades for player cars, while F1 2004 introduced “Career Mode”.

In 2010, Codemasters took the reins, and since then, the UK publisher has kept up a steady stream of high-quality F1 releases. But is F1 2019 Codemasters greatest racing creation, or is it just a small step forward compared with F1 2018 or F1 2017? 2018's game was a massive seller, and proved a hit with its wide range of circuits, classic cars, as well as an in-depth simulation of what it's like to be an F1 team. Let's see if the F1 2019 video game reaches those dizzy heights.

This year, Codemasters have initially released F1 on PS4, Xbox One, and PC. So there's no Android or iOS game (as was the case in 2018). That may change, but for now, buyers are restricted to home consoles and computers.

Officially licensed by F1's governing authority, 2019's game has made some big promises, undertaking to deliver an unprecedented level of realism. As usual, the popular game modes are here, with a few tweaks to make them more absorbing: 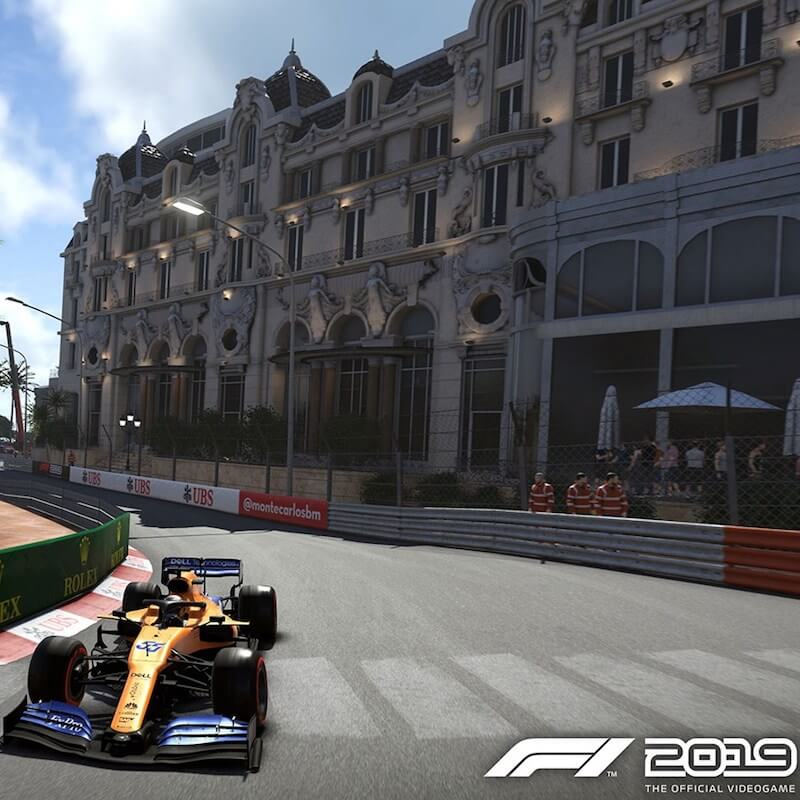 As usual with F1 video games, the cars are the star in F1 2019. And in F1 2019 cars aren't simply limited to this year's crop of F1 models. 2018 upped the stakes with its historic models, and F1 matches its predecessor in this regard. But it also goes further, adding F2 vehicles into the mix.

The F2 Championship Mode is something totally new for F1 2019, and it works really well. In this mode, players take control of slightly underpowered vehicles. Unlike in the F1 mode, players can't upgrade their cars as they proceed. Instead, F2 operates a system where all drivers are equal, meaning that success rests upon driver skill and race management, not technology.

In the main F1 mode, the cars have been updated to reflect current requirements, with oversized wings. The precise setup varies between teams, but there's a generic version for multiplayer racing, which can be tweaked to suit each individual player.

Finally, players can go back in time to recreate the epic tussle between French driver Alain Prost and legendary Brazilian Ayrton Senna. In this mode, Codemasters have recreated the 1990s McLaren and Williams vehicles down to the tiniest detail, something that F1 nerds will really appreciate.

However, there's an important caveat here. The Senna vs Prost battle isn't bundled with the Anniversary Edition of F1 2019. Instead, its a paid-for add-on, which should factor into buying decisions.

As usual, F1's new instalment hasn't just added better graphics and new features. It has also upped the requirements for PC users, and buyers need to take these specifications into consideration when making a purchase. Here are the minimum specs, as recommended by Codemasters:

And here are the recommended specs for optimal performance: 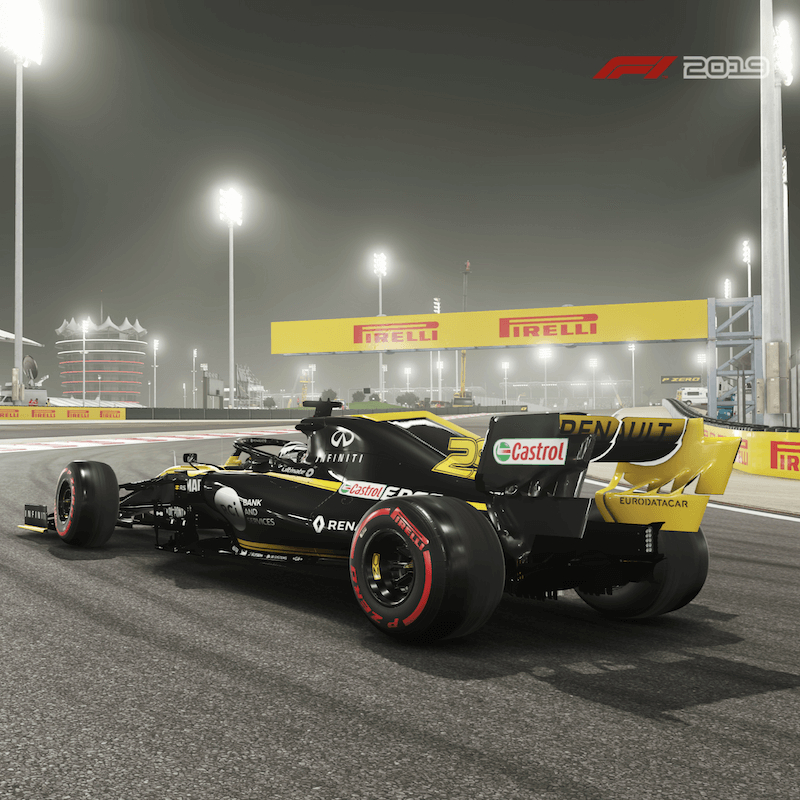 How Have Gaming Reviews Received the new F1 Title?

F1 2018 was the darling of that year's gaming press, and a huge hit with the buying public. If 2019 can recreate that success, it will have done well. And feedback from F1 2019 reviews has been fairly encouraging.

The Guardian set the tone, calling the PC version “sublime” and praising its graphics. The paper was appreciative of the early release date (instead of launching the game at the end of the F1 season), and also praised the inclusion of F2. That's actually a feature of most reviews, with the new mode adding spice and variety to what could become a stale racing format. Other elements highlighted by the Guardian included the atmosphere of night racing, dynamic weather, and the realism involved in handling F1 circuits.

Over on the PS4, feedback has been similarly positive. Gamespot awarded the PS4 version awarded the game its highest marks, noting the inclusion of a scheduled eSports F1 2019 mode, which took multiplayer to new heights.

And what about the F1 2019 Xbox One version? Predictably, the press have been very complimentary. Eurogamer is a great example. Awarding F1 2019 5 stars, its reviewer called it the “most authentic F1 game to date” and had warm words for the game's storyline, graphical touches, and the creation of multiplayer leagues.

If you want to get a more in-depth feel for how the game has been received across all formats, it's a good idea to head to Metacritic, which aggregates reviews – both from journalists and players themselves. Player reviewers can sometimes be highly revealing, detailing criticisms that journalists sometimes miss.

For example, players on the F1 2019 PS4 edition have noted their criticisms of Codemasters' decision to release F1 2019 pre-order editions with some content removed, and the need to spend extra cash to upgrade cars fully. This isn't something professional reviewers have felt the need to dwell upon, but it's a big deal for cash-strapped everyday buyers.

Over on the PC, feedback from players has been good, but with some observations. For example, some reviewers see relatively few differences between F1 2018 and F1 2019, something that owners of last year's title may want to think about.

When you come to buy F1 2019 deals, you'll find a range of options to choose from. Here are the major editions, and how they differ:

That's basically it. Unusually, there's no “standard” edition of F1 2019, just the Legends and the Anniversary Edition. Both can be purchased in hard form from merchants like Amazon or GAME, or found on download platforms like Steam. Shop around for the best possible F1 2019 sale price to save some money for DLC add-ons.

Buyers might also want to think about bundling peripherals with the game itself. For instance, many retailers have taken the opportunity to bundle together the Logitech G29 racing wheel with F1 2019 – allowing players to create a truly authentic F1 setup in the comfort of their bedroom. This tends to cut the cost of buying games and peripherals separately, especially when you shop during sale periods. If you love racing games, it's a great option to choose.

If you aren't clear about this, it's important to clear up how the DLC works in F1 2019. This time around, Codemasters have offered the “Legends” content as a separate DLC pack, which retails for around £10 in most cases (depending on what discounts are available). So you might want to purchase the Anniversary Edition and the DLC pack separately, if deals for both products can be found.

Additionally, players can expect DLC content in the future. This will revolve around multiplayer challenges and new skins for player cars. They won't be essential to play the game (or participate in multiplayer), but may well be essential purchases for serious fans of the game. 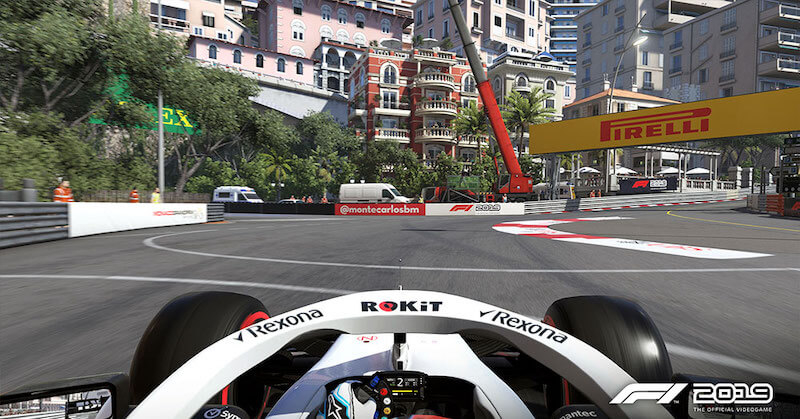 As we noted earlier, F1 2019 is very much a multiplayer experience. That's one of the most appealing features of Codemasters' franchise, and this year's instalment seems to have upped the ante where racing fellow humans is concerned.

2019's game bases its multiplayer around leagues – which will excite anyone who has pictured themselves at the front of the grid in a Grand Prix. Now, players can sign up for leagues with their fellow game owners. As long as they can find an organiser to take on scheduling duties, players can join other racers on set dates, and put their skills to the test. Cars can be customised however you wish, and leagues continue until a final champion is named.

Leagues can be private or public, and races continue whether organisers are present or not. So there's no confusion or delays. If races are scheduled, they will take place. And AI can take up the slack when real-world commitments intrude, ensuring that you stay in the hunt across the whole season. Nothing like this has ever been implemented in a racing game, and the signs are that it works very well.

The multiplayer option feeds into the exciting potential for F1 eSports 2019 events. Few games lend themselves to eSports as well as F1 2019, and Codemasters has scheduled a series of events on all platforms.

As of mid-2019, F1 2018 was still being used as the standard for F1 eSports, but this will change as more people own the new title. Participation won't be limited to professionals. Anyone with a Steam, Xbox Live, or PlayStation Network account can theoretically line up on the grid, and rise up the rankings, before qualifying for elite events (and possibly, big prize money). To find out more, head to the F1 eSports website.

F1 2019 looks set to raise the bar when it comes to racing on the Xbox One, PS4, and PC. Graphically incredible, boasting oodles of atmosphere, and allowing immersive multiplayer action, Codemasters' new title has taken a successful franchise and found new ways to deliver the F1 experience.

This comes at a price, though, with Legends or Anniversary editions costing over £40 in many cases. So how can gamers find F1 2019 deals to drive down the cost of their daily adrenaline fix? Actually, that shouldn't be hard at all. Don't automatically shop at the home pages of Sony or Xbox Live. Instead, hunt for F1 2019 offers at hotukdeals, and you'll almost certainly save big.

Our listings include F1 2019 sale offers from the UK's biggest gaming merchants. From GAME and Amazon to Smyths, PlayStation Network, Xbox Live, Steam, and Tesco, if retailers are discounting F1 2019, our users will find the codes and deals required to redeem the deals. If you aren't sure whether you can afford the Legends Edition, have a look at our listings. You may be surprised by how affordable the game can be.

If you want to make even larger savings, shopping on Amazon Prime Day or Black Friday (in November) make a lot of sense. Black Friday is also a great time to pick up discounted gaming peripherals like Logitech steering wheels, the ideal way to improve your lap times.

Mixing an engaging career mode with high-speed casual racing and competitive multiplayer, F1 2019 is comfortably ahead of the pack when it comes to recreating the Formula 1 experience. Few games mix customisation, speed, and graphical quality like Codemasters' title, and fans will adore what it has to offer. Find the very best F1 2019 prices by shopping for the game at hotukdeals.