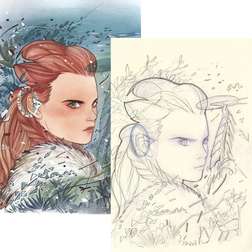 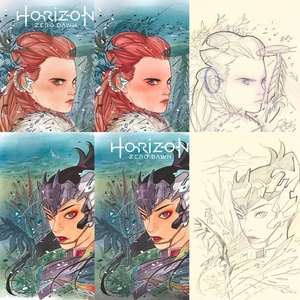 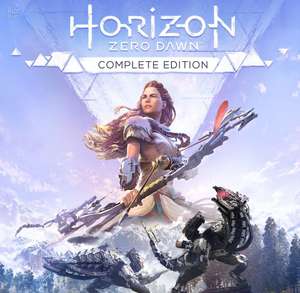 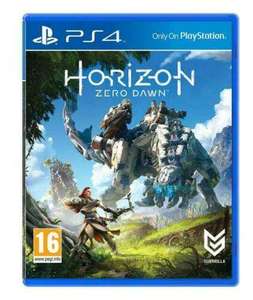 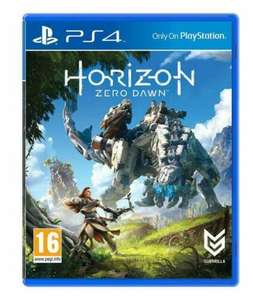 708° Expired
Posted 1st SepPosted 1st Sep
Horizon Zero Dawn (PS4) used - £4.49 delivered @ musicmagpie / eBay£4.49 Free P&P FreeeBay Deals
A Lush Post-Apocalyptic World - How have machines dominated this world, and what is their purpose? What happened to the civilization here before? Scour every corner of a realm filled with an… 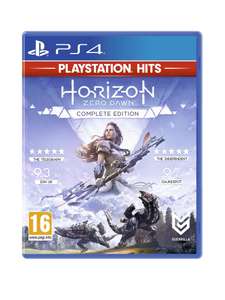 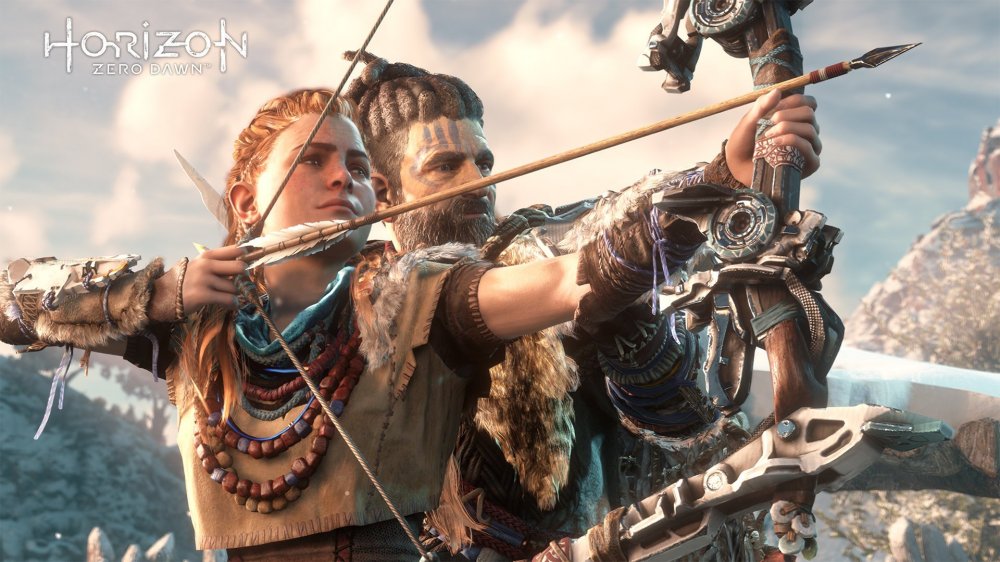 Horizon: Zero Dawn was released by Sony on 28th February 2017, having been developed by Guerrilla Games, a Dutch company who created the popular Killzone series. It sees gamers taking control of an outcast named Aloy, who has been forced to roam a post-apocalyptic world populated by savage tribes and ultra-violent robots. Involving hunting, battling, crafting and questing; it presents a diverse set of challenges for any gamer, and it’s becoming a modern classic.

If you want to purchase this cutting edge PS4 title, it might help to introduce a few of the themes and ways to purchase Horizon: Zero Dawn. This HotUKDeals buyer’s guide will provide all of the background you need before taking the plunge.

Although Horizon: Zero Dawn is meant to be the first instalment of a new gaming franchise, it hasn’t come out of the blue. The talents and themes behind the game have been developing for over a decade.

Horizon was developed by Guerrilla Games. Founded in 2000 in Amsterdam, the Netherlands, Guerrilla made their name with Killzone which debuted for the PS2 in 2004. Killzone 2 and 3 followed in 2009 and 2011 respectively, while the series was rounded off by Killzone: Shadow Fall in 2013, which was Guerrilla’s first PS4 offering.

Killzone and Horizon share some similarities, but are really quite different. Both are first person shooters to some degree (although Horizon has a more complex combat system and is more of an RPG). Both are also set in the distant future, when human destiny has gone awry, leading to catastrophic results. However, Guerrilla have made a huge leap with their new title.

When Killzone: Shadow Fall was released, Guerrilla realised that the series had run its course, and they cast around for a new character and gaming universe. They chose to create a much more ambitious universe, with a huge open zone to explore, a vast array of quests, enemies, skills, characters and weapons - in other words, a much deeper gaming experience.

When you take control of Aloy, you’ll be able to judge for yourself whether they have succeeded. The gaming media have been broadly supportive, citing its fantastic graphics as major asset. Utilising the PS4’s 4K mode to the full, Horizon: Zero Dawn could blow you away with its visuals, and hook you with its gameplay.

The only way to play Horizon: Zero Dawn is by owning a PS4 (the PS4 Pro, Original or Slim), the game is an exclusive title for the PlayStation. With its 4K graphics, the game really shows off what Sony’s most powerful console can do, and for this reason alone it has been whetting the appetite of PS4 owners.

How does the Gameplay Work in Horizon: Zero Dawn?

Horizon: Zero Dawn sees you taking the role of Aloy, a human who has been cast adrift to survive in a world full of (mainly) hostile machines and other human tribes by completing quests, hunting and fighting machines. Here are the main elements of the gameplay you’ll encounter when you enter the Horizon universe:

Skills are a key part of Horizon: Zero Dawn and they probably deserve a section of their own. They come in three different varieties, each of which is necessary to give Aloy the right range of capabilities to complete her quests:

These skills need to be purchased using in-game credits, and balancing them out is a vital part of the game (particularly when you are just starting out). So take some time to become acquainted with which skills do what, and you’ll have an instant advantage in the Horizon universe.

How Does Combat Work in Horizon: Zero Dawn?

As with almost all action RPGs, Horizon involves serious amounts of fighting, and if you are going to thrive in the wild, you’ll need to get used to the various battle techniques. Here are the major elements of the combat system:

A Quick Guide to the Machines in Horizon: Zero Dawn

Aloy has to contend with a huge variety of different foes, all of which have different strengths and weaknesses, so it takes some time to learn the intricacies of the game. Here are some of the most impressive and common machines you’ll have to vanquish:

That’s just a small cross section of the machines you’ll come across when you play Horizon: Zero Dawn. As you can see, each machine is slightly different (dramatically so in terms of appearance), with different resources to harvest, different behaviours and ways of attacking. It all adds variety to the game, making it harder to master, even though it’s extremely easy to start playing.

Can You Play the Game in Multiplayer Mode?

With such a massive game world to explore, it would have seemed odd if Guerrilla Games had omitted a multiplayer option of some form. However, prepare to be a little surprised: Horizon: Zero Dawn does not have a multiplayer mode where you can join clans and battle against other humans (or even take the role of machine clans).

Guerrilla explained that the reason was to foreground the gameplay in Horizon. Rather than spending time adding multiplayer modes that are found in most games, they tried to dedicate themselves to crafting a compelling scenario and character - an old-style, but effective way to create a game.

However, there is one way that more than one PS4 player can share the experience of taking control of Aloy. By using Sony’s SharePlay function, you can allow other PS4 owners to assume control, even if they don’t actually own a copy of the game. So, if you get stuck or tired of hunting for resources, a friend on the other side of town can step in and carry on your work. 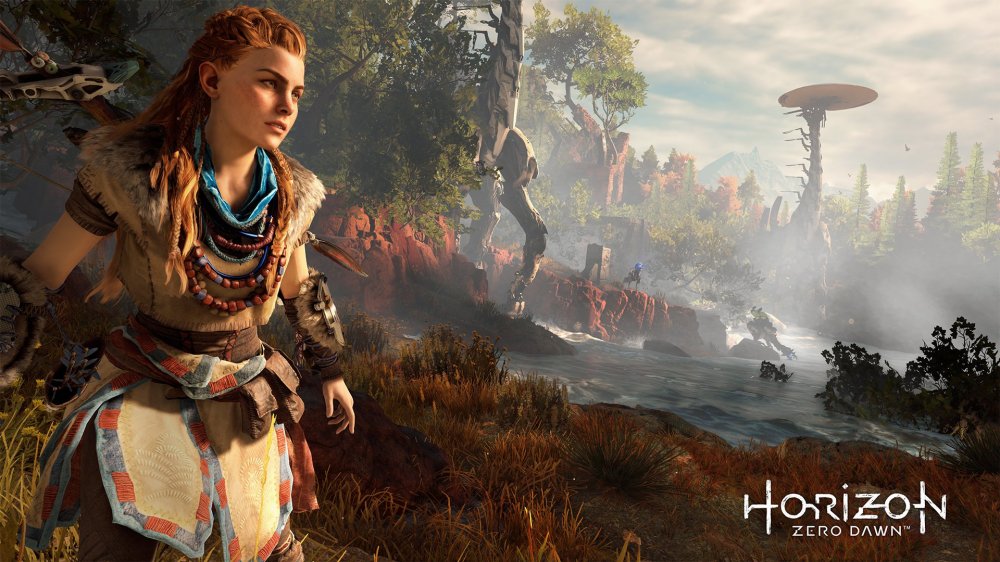 If you like the sound of taking control of Aloy and doing battle against a world of corrupted machines, you will find several purchasing options.

Which bundle is best for you? It all depends. If you want to dive into the gameplay and are confident that you have the skills to thrive, go for the basic edition. However, if you feel that you’ll need a helping hand to learn the ropes, the Digital Deluxe Edition could be the better choice. And, if you are a hardcore fan of Horizon, the Collector’s Edition will be a must (although it’s really only essential for serious gamers).

Then again, you may be coming to Horizon as a complete PS4 novice. If you are upgrading from a PS3 or moving across from an Xbox system, buying a Horizon: Zero Dawn PS4 bundle will provide the console, a Dualshock 4 controller and the game itself, which could be the best value way to make your console purchase.

What Accessories Can Enhance the Experience of Playing Horizon?

As with any console game, having the right accessories and add-ons can make playing Horizon: Zero Dawn more enjoyable and fulfilling. Here are some suggestions for related products that you will find on HotUKDeals:

How and When to Buy Horizon: Zero Dawn 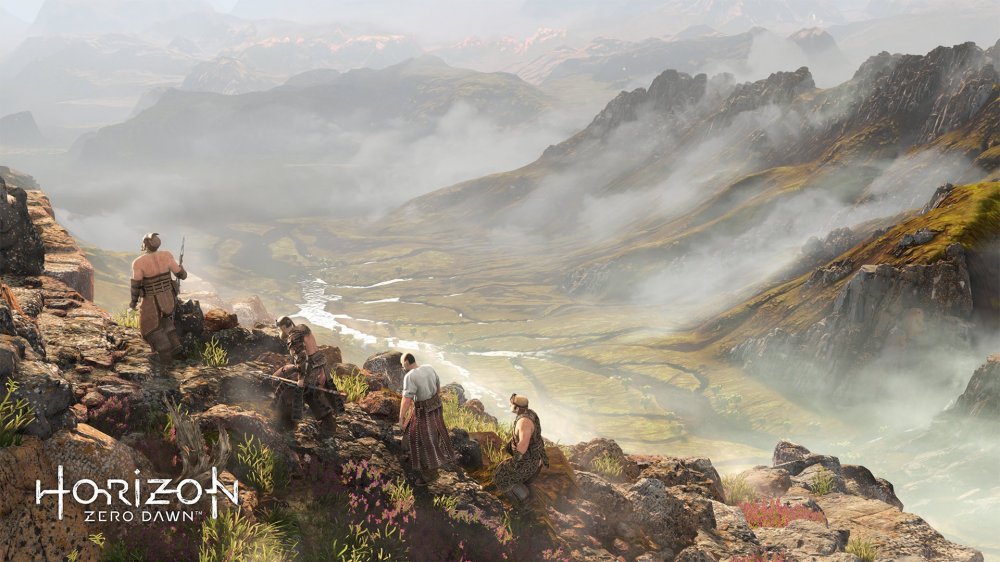 If you want to find Horizon: Zero Dawn offers, you’ve come to the right place. At HotUKDeals, we collect together the latest discounts from the UK’s biggest gaming retailers, including plenty of reductions for Horizon. For example, you’ll find savings from GAME, Amazon, ShopTo and Very, as well as subscriptions to PlayStation Plus.

Shop around to find out who is offering the lowest prices, and pounce when the right deal emerges. You might also think about adding accessories (or even the PS4 console) to make bigger overall savings.

Another thing to think about is when to buy the game. If you can hold out that long, you are sure to find huge Horizon: Zero Dawn savings around Black Friday in November as well as the January Sales. However, there are always reductions for both the disc and the digital download, so stay alert and don’t miss out.

Purchase the Most Advanced Games Around at HotUKDeals

Horizon: Zero Dawn is set to be a must-have title for PS4 gamers, with its stunning graphics, absorbing gameplay and engaging storyline. If you want to explore what the game has to offer, check out the Horizon: Zero Dawn offers at HotUKDeals, where you will find deals from the UK’s favourite gaming retailers.