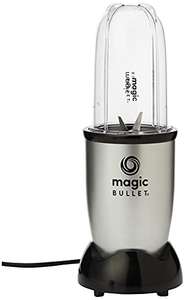 122° Expired
Posted 5th OctPosted 5th Oct
NutriBullet Magic Bullet 4-Piece 250W Blender - Silver - £14.97 @ Amazon£14.97Amazon Deals
Temporarily out of stock but available to order. Also available from Currys for the same price on collection . From the creators of the bestselling NutriBullet, the All in One Magic Bull… 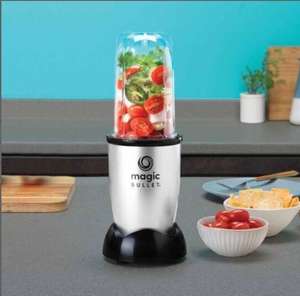 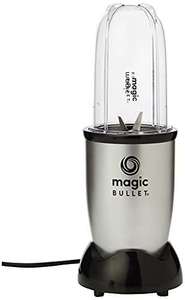 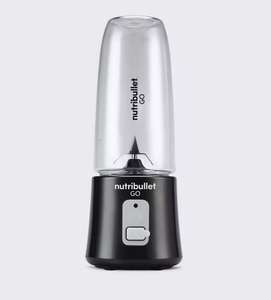 206° Expired
Posted 7th FebPosted 7th Feb
Nutribullet GO Cordless Blender Black / White £29.99 delivered @ Amazon£29.99£4939% off Free P&P FreeAmazon Deals
Portable, yet powerful: 70W Motor Base and 2000mAh Battery charges in under 5 hours and offers up to 20 blending cycles before needing to be recharged Designed for life on the go: Featuri… 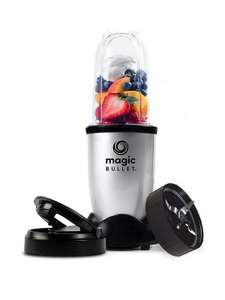 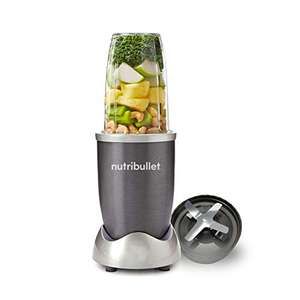 But what is the best NutriBullet device to purchase, and how can smoothie fans get the best deal when kitting out their kitchens? This hotukdeals buyers guide will introduce what the brand has to offer, what makes NutriBullet products stand out, and how to pick them up for the lowest possible cost. 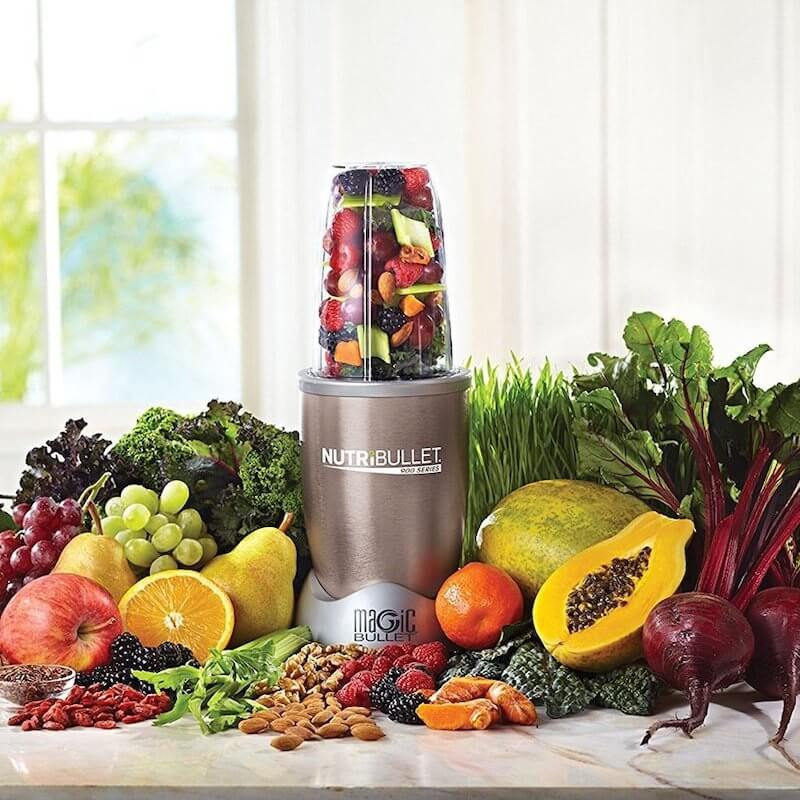 A Quick History of the NutriBullet Brand

Whether we're talking about stick or immersion blenders, devices for liquefying ingredients have been a staple part of kitchens for decades. But with the smoothie craze kicking off in the late 2000s, consumers started to clamour for tools that could handle pulpy, fibrous fruits and vegetables, turning them into delicious drinks. The stage was set for upstart companies to challenge kitchen appliance giants, and NutriBullet was one of the first to make its pitch. It hasn't looked back since.

Starting with the Magic Bullet in 2003, the company introduced a series of innovative blenders. But things took a real step forward in 2012, when the first Nutri Bullet product hit the market. Starting out in America, the NutriBullet mobilised cutting edge technology to chop, grind, and slash fruits, herbs and veg, with an efficiency level that home devices had never offered before. With more and more people exploring exotic, healthy smoothies and protein shakes, the Nutri Bullet acquired a cult following, and rapidly became a fixture in kitchens across the world.

Since 2012, the product range has become more elaborate and diverse, with various styles of NutriBullet available to purchase. We'll have a look at every option in a moment and point out where to find the best NutriBullet deals, but first, let's get under the skin of the brand to find out what sets NutriBullet blenders apart from the crowd. What is it about NutriBullet UK consumers seem to like so much?

How do NutriBullet Products Work?

At a basic level, there's nothing exceptional about NutriBullets. Most models in the product range feature motorised bases and transparent cups, which are placed over a rapidly rotating blade. That's more or less how any food blender would work. But there is a difference.

The key lies in the amount of “torque” NutriBullets generate. Their unique ability is to use high-powered motors to spin sharpened blades at higher than average speeds. This reduces cutting durations, giving NutriBullets the ability to liquefy foods that other devices would struggle to handle. That's what made the brand a favourite with smoothie-makers, and it continues to be the company's USP.

The brand itself calls its devices “nutrient extractors”, not blenders or food processors. Is NutriBullet a food processor? A hardened fan will often act indignantly, claiming that their devices are a world away from standard mixers. You may see marketing materials claiming that NutriBullet devices make nutrients more “bio-available” than competitors. There's not much evidence of that. But what NutriBullet products do is cut ingredients into smaller pieces than the competition. And that can make healthy foods easier to digest. But there's no magic here. Just a highly efficient way to cut food.

Aside from the cutting mechanism, NutriBullet has plenty of other appealing features. For instance, the mixing vessel doubles up as a removable cup. And there are usually very few buttons to press. Just latch on the cup and the NutriBullet will fire up automatically. Washing up is a doddle, too, and it all adds up to a user-friendly package that makes getting your daily smoothie fix much, much easier. 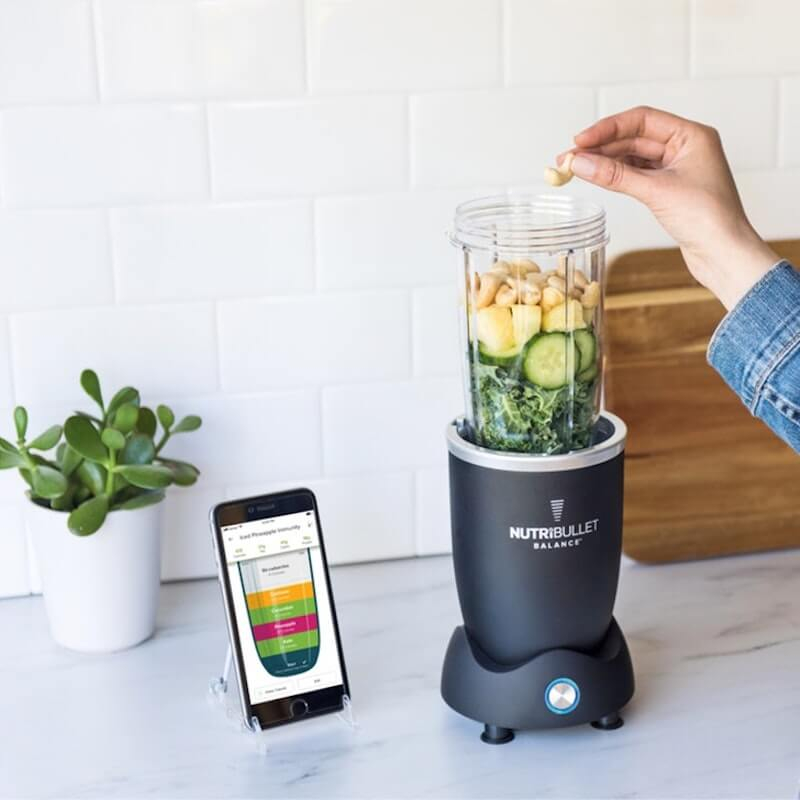 What Can NutriBullet Devices Be Used For?

While smoothies take centre stage when talking about the NutriBullet range, these devices actually have a few potential uses. Here are just a few suggestions for NutriBullet Recipes:

Hopefully it's pretty evident that Nutri Bullets are versatile devices, and more useful than many people think. They can be used for anything from fitness shakes, sports nutrition and rejuvenating kale smoothies, to creamy Italian sauces, desserts, and breakfast pastes.

So, what kind of NutriBullet deals should you be hunting for at hotukdeals? As we noted earlier in passing, the company has much more to offer than the classic model. Since 2012, numerous refinements have come along, and there are different models for different uses. Here are the major options you'll find in NutriBullet sale promotions in the UK: 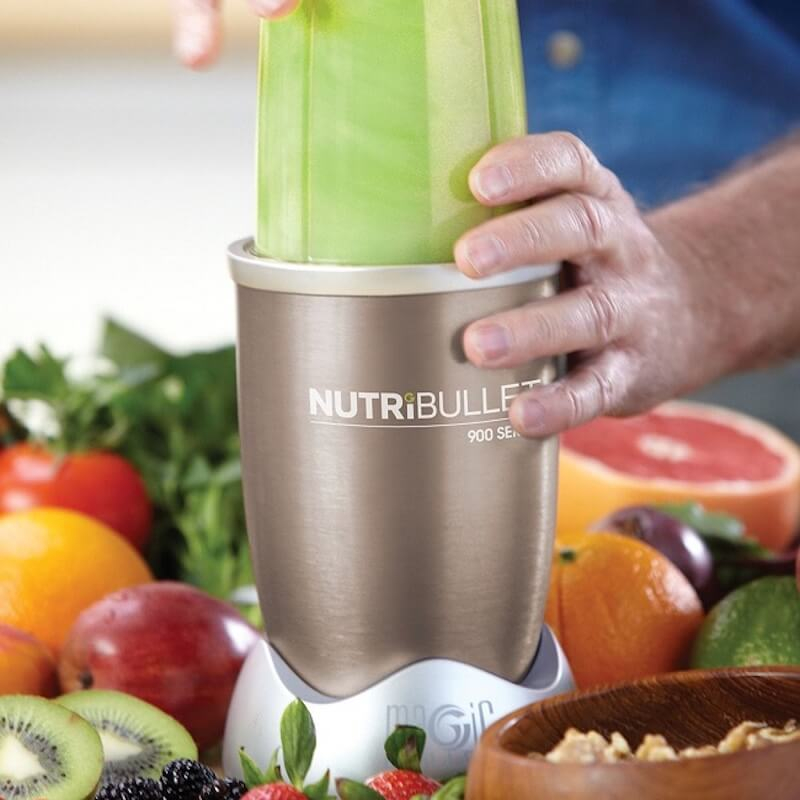 Is NutriBullet the Best Beverage and Food Processing Brand?

The list above includes plenty of popular blenders, and NutriBullet has a huge fan base across the world. In 2015, one NutriBullet was sold every 30 seconds during the UK's Christmas rush, and worldwide sales are in the tens of millions. So the company must be doing something right. But is it actually the best brand to choose?

According to tech review site Wirecutter, yes. In a recent overview of NutriBullet's products, the commentary site said that the 900 offered the “best price-to-performance ratio of any NutriBullet—or other brand of personal blender for that matter.” For Wirecutter, the value of the 900 mixed with its cutting prowess, speed, and user-friendly design has kept it at the top of the rankings for years.

However, that's not to say that other brands aren't worth checking out. In some cases, it's possible to purchase perfectly capable blenders for much less than the 600 or 900. For instance, Breville's Blend Active devices are slender, compact, and perfect for individuals who want smoothies to take on their daily runs. And at half the price of the Magic Bullet, they represent a superb value.

Brands like Morphy Richards also offer slightly bulkier blenders that try to replicate the NutriBullet experience, and sometimes get pretty close. The 48415 Easy Blend is a good one to look at, but the Russell and Hobbs Mix and Go Blender is also worth considering. Even so, don't expect the speed and efficiency of a high-end NutriBullet. They genuinely are a cut above the rest, at the moment.

Things to Think About When Purchasing a NutriBullet

So, we have a reasonably good idea about what types of NutriBullet are available on the market right now, and we've been convinced by the NutriBullet brand. What now? How can buyers choose a model that matches their diets, fitness plans, and budgets exactly?

For starters, if the price is an issue, go for the Magic Bullet or the NutriBullet 600. Both offer respectable blending performance for prices that are way below more sophisticated models. And they won't let most users down, as long as they stick to softer, less demanding ingredients.

If you intend to mix smoothie making with home cookery, the RX or the 1200 are the models to choose. This is because they have far greater capacity, processing power, and cutting potential. If you are making soups with potato, onions, courgettes, and woody thyme stalks, you'll want blades that move as quickly as possible. And when catering for families, the extra capacity is precious.

Commuters and general smoothie aficionados will probably prefer the 600 or 900. Both can be customised to suit the lifestyles of users. For instance, you can purchase NutriBullet cups, which make it easy to carry kale smoothies on the tube, and rugged travel cups are available as well. Both have generous capacities for couples and smaller families. But if there are 5 or more stomachs to fill, larger NutriBullets will probably make more sense.

Noise is another thing that some people may need to keep in mind. It's not a problem for everyone, but powerful blenders do tend to create a bit of noise. NutriBullets tend to keep noise to a minimum, but decibel levels vary between models. If virtually silent running is essential (for early morning energy boosts), then the 600 will be the ideal option to choose.

Finally, the RX is the most versatile of all NutriBullets thanks to its dual blending and heating function. If you are more into soups than smoothies, it's a much better option than the 1200.

Some NutriBullet Accessories You May Want to Consider

When you purchase a NutriBullet, you don't just buy the motor and base unit. Each model comes with its own range of accessories such as cups, lids, and detachable blades, and these accessories can often be customised after making a NutriBullet purchase. Moreover, when they search for a cheap NutriBullet, customers can often bundle in extra accessories, a great idea if the option arises. Here are some extras that all owners should think about adding: 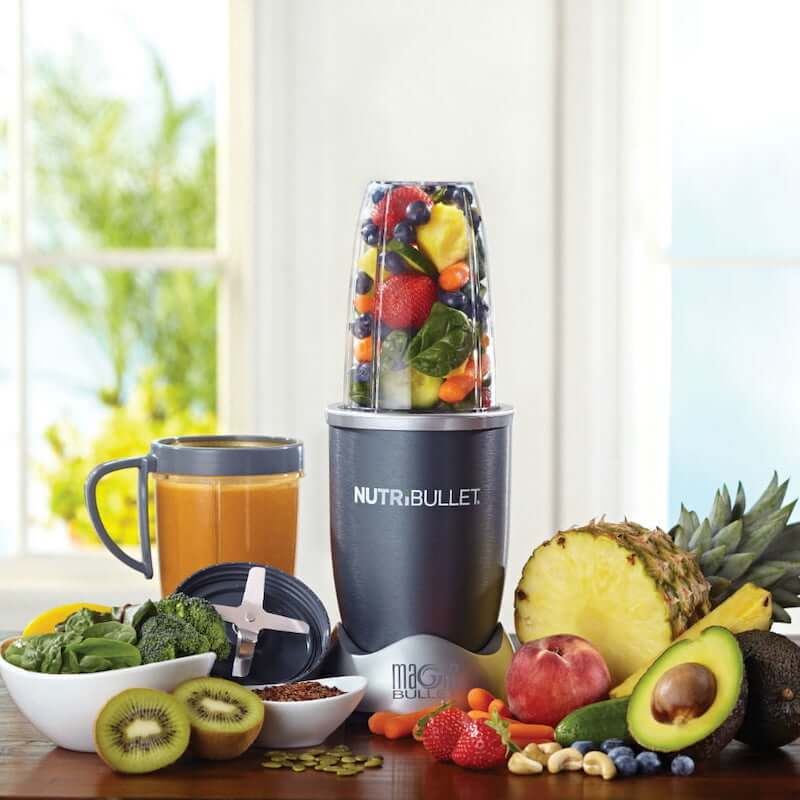 How and When Make a NutriBullet Purchase

Whether you want to pack in vitamins and minerals with kale and strawberry smoothies, or you're keen to explore the world of home-made curry pastes, NutriBullet blenders could be the perfect tools to use. However, these kitchen devices aren't usually the cheapest models available, so buyers should explore every avenue available to save cash on their next purchase.

Before buying, take some time to work out which model you'd like to purchase. We've laid out the various options above, so it shouldn't be hard to pinpoint a NutriBullet that meets your needs. When that's done, head over to the hotukdeals NutriBullet listings to start bargain hunting.

Our listings feature NutriBullet deals from a wide variety of popular merchants. From Amazon and John Lewis to Currys, Tesco, Asda, Lidl, eBay, and Sainsbury's, there will be plenty of discounts available from major high street and online sellers. Scroll down the listings, pick a deal that appeals, and click through to redeem the offer.

If you're looking for one of the high-end NutriBullet models, and aren't keen to pay close to full price, timing your purchase can make a big difference. Prices should plummet around Black Friday and the start of the Christmas sales season, while New Year tends to see fitness-related deals for blenders and juicers. But keep your eyes peeled at all times, and shop with hotukdeals to find the lowest NutriBullet prices around.

These days, a whole world of exotic beverages, sauces, and soups is at our fingertips. All we need to do is load up a NutriBullet with nutrient-packed fruit and veg, and high-powered blades will do the rest, converting the ingredients into delicious concoctions. It's a great way to keep our diets as healthy as possible. And we can do the same for our bank balance by shopping for affordable appliances at the hotukdeals NutriBullet listings.