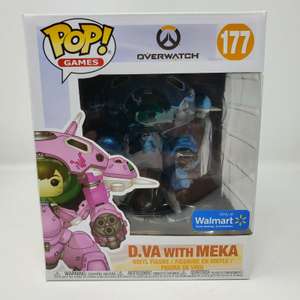 53°
TODAYTODAYLocalLocalPosted 24th SepPosted 24th Sep
Funko Pop! Games: Overwatch D.Va & Meka Vinyl (177), The Mountain GoT (85) & The Archoni Mass Effect (191) - £9.99 @ B&M (Charlton, London)£9.99B&M Deals
Overwatch D.Va with Meka 6-inch Pop Vinyl FigureIt has been almost exactly a year since the release of the first series of Overwatch Pop Vinyls and Funko is back with a second series. The Ov… 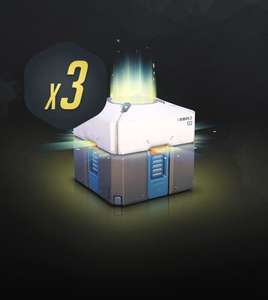 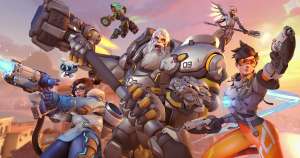 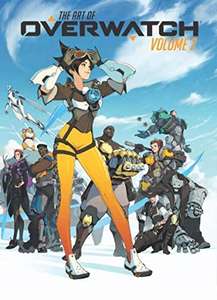 82° Expired
Posted 4th MarPosted 4th Mar
The Art of Overwatch, Volume 2 Hardcover Book £15.66 @ Amazon£15.66 Free P&P FreeAmazon Deals
Complete your collection and dig deeper into the evolution of Overwatch® with this guide to the art, design, and creation of one of the most popular FPS games of all time! This gorgeous com… 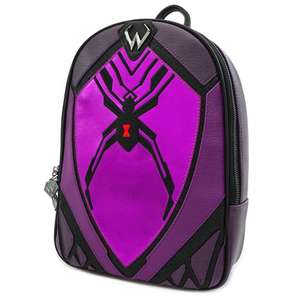 126° Expired
Posted 10th JanPosted 10th Jan
Loungefly X Overwatch Widowmaker Backpack £22.98 delivered @ Geekcore£22.98Geekcore Deals
This is just one of loads of things in their Loungefly sale. Also have the matching wallet for £12.99. 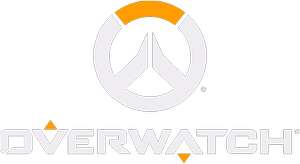 -126° Expired
Posted 28th Dec 2021Posted 28th Dec 2021
Overwatch®: Legendary £12.99 @ Battle.net£12.99Battle.net Deals
If anyone is interested in being spoken to like trash, being constantly beaten by smurfs and being told to go "back to the kitchen" you are in luck - overwatch is on sale :D standard editio…

Overwatch is a first person shooter that was developed by legendary games-maker Blizzard. Extremely colourful, full of character and easy to pick up and play, Overwatch offers enough depth and challenge to keep experienced gamers happy but is also perfect for less skilled players who just enjoy action-packed gameplay sessions. That may be why Overwatch has been an instant hit, selling 7 million copies within a couple of weeks of its release in May 2016.

If you want to get hold of an exciting multiplayer title that has broad appeal across age groups, Overwatch is the game for you. This buyer’s guide delves into its gameplay in a little more detail and lays out the best ways to find cheap Overwatch deals.

Blizzard started out in 1991, but things really started to take off in 1993, when they launched titles like Rock and Roll Racing and the Lost Vikings. However, their major breakthrough was a fantasy strategy game named Warcraft: Orks and Humans, which revolutionised the genre, allowing players to launch massive battles in real time.

Many sequels followed the original Warcraft such as Starcraft and Diablo, one of the greatest RPGs ever made, as Blizzard went from hit to hit. World Of Warcraft then sent their reputation into the stratosphere, creating the most immersive multiplayer game world ever experienced.

Overwatch emerged in 2014 as an idea for Blizzard’s fourth major gaming franchise. Instead of opting to develop the massive multiplayer concept via a working title known as “Titan”, Blizzard decided to focus on simplicity and sheer gameplay, creating a team-based shooter along the lines of Half Life: Team Fortress.

The game itself saw the light of day in May 2016 (after a beta testing phase which brought in 10 million players). The years spent preparing Overwatch were well spent, as the characters and game mechanics were universally applauded. Ranked as one of 2016’s finest games, Overwatch is a must-have for XBox, PS4 and PC owners.

The title also received an update in 2017, when Blizzard released Patch Notes for the PC version, fine tuning a few bugs and adding some new elements to the main characters.

The most important word in the Overwatch universe is “team”. All of the gameplay revolves around six-person squads, with two of these squads doing battle on pre-set arenas.

Before joining a squad, players get to customise their character, choosing from 24 different avatars and four character classes (offense, defense, tanks and supports), and the best teams tend to balance the skills of these classes to cover every attribute they need to succeed.

When you enter the game world, the action revolves around vanquishing the opposing team. Each character has their own main attack weapon, which needs a brief period of cooling before being re-used. They also have what’s known as an ultimate skill which takes longer to charge up and can heal, inflict extra damage or provide a shield for a certain amount of time.

As you play, your character will also accumulate experience points (assuming you manage to score some kills). These don’t add attack capabilities or shields. Instead, they can be used to change your character’s appearance or add special victory poses – basically signs of your skill for other players to see.

The Key Characters in the Overwatch Universe

The core of Overwatch’s appeal is its wide range of characters that players can control. Many of these are brilliantly conceived, with their own trademark attacks and sound effects adding a layer of depth to the gameplay that other titles lack. Here are some of the key characters that you’ll be able to choose from:

There are 24 characters in all to pick from, all with their own look, attributes and weapons, so there’s plenty of scope to explore and enjoy new aspects of Overwatch for months after you make the purchase.

All of the characters we’ve looked at so far fit into four different character classes and balancing different classes is one of the keys to team success:

Overwatch also features a number of different modes which determine how the games are organised. Here are the basic options:

Maps on Offer for Overwatch Players

One of the other keys to Overwatch are the maps that teams battle for, and these maps come in four different classes – all of which offer a slightly different challenge:

If you’d like to buy Overwatch, you can do so for Windows PCs, PS4 or Xbox One. You’ll also be able to choose from a couple of different editions. Here’s how they differ:

If you intend to play Overwatch on a standard Windows PC, your system will have to meet the following minimum specs:

Those are really the bare minimum specifications. To get the most out of the game, Blizzard recommend having 6GB RAM, the GeForce GTX 660 and an Intel Core i5 processor, but it’s perfectly playable on lower spec systems.

What Kinds of Overwatch Merchandise are Available?

One of the reasons for Overwatch’s success is the charisma of its characters, so it’s no surprise that Blizzard have accompanied the release of the game with a flurry of merchandise. Here are some of the Overwatch merchandise options for gamers to consider:

How Can I Find Out More About Overwatch Tips and Tactics?

If you want to get up to speed quickly with Overwatch, it helps to consult advice from the experts. Thankfully, there are a number of places around the web where playguides and tactical tips are on offer.

The first port of call for all budding Overwatch masters is the game’s fan wiki. Here, you can find out more about the game modes, characters, weapons and how to progress as a hero within the Overwatch community.

IGN also have a very useful Overwatch tactics wiki, which lays out some of the lesser known strategies for success. Although the game is simple on the surface, there’s a lot to be learned about ways to kill opponents, how to heal, balance squads and the right approach to take with various character classes.

Overwatch at the Cheapest Price

Overwatch is fast becoming a video game classic, so don’t delay. This is one multiplayer gaming spectacular that all PC, Xbox and PlayStation owners need to be part of. The question is, how is it possible to find the best Overwatch deals and avoid paying over the odds?

The first thing to do is to make a decision: do you need all of the bonuses that come with the Game of the Year pack, or are you just after the core of the game? For most people, the Standard Edition will be the right option (and most of the bonuses included in the more expensive pack can be earned through experience points anyway).

Now, check out all of the places you could make a purchase. Shopping around is vital, so head to the HotUKDeals Overwatch listings where you’ll find a list of current discounts from the UK’s leading gaming merchants. For instance, you’ll be able to compare prices from Currrys, Smyths, Amazon, GAME, Tesco, Asda, Argos as well as lesser known retailers like Boomerang.

If you haven’t already upgraded from PS3 to PS4 or from the Xbox 360 to the Xbox One, you may even find bundle deals combining the console with Overwatch – a great way to save money on both purchases.

Another thing to consider is timing. If you can hold out that long, waiting until Black Friday and Cyber Monday in November is a great idea, as the year’s number-one retail event always sees massive reductions.

Wherever and whenever you make your purchase, Overwatch is sure to provide hours and hours of multiplayer action.

2016’s hottest game, Overwatch is an all-action multiplayer experience for PC, PS4 and Xbox One. Anyone who enjoys taking control of imaginative characters and pitting their skills against their fellow players can do so as cheaply as possible by staying tuned to the Overwatch listings at HotUKDeals.