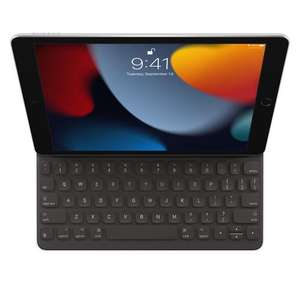 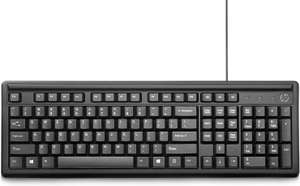 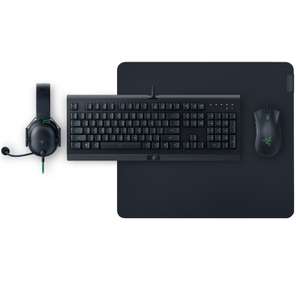 179°
Posted 28th JunPosted 28th Jun
Razer Power Up Bundle - BlackShark V2 X Headset / Keyboard / DeathAdder Mouse / Gigantus Mat - £64.97 Delivered With Code @ Currys£64.97£8423% off Free P&P FreeCurrys Deals
Get deal*Get deal*
Back at a good price point here. A good little bundle for anyone either just getting into PC gaming and want a decent set to start with, or just anyone not wanting to spend a fortune on peri… 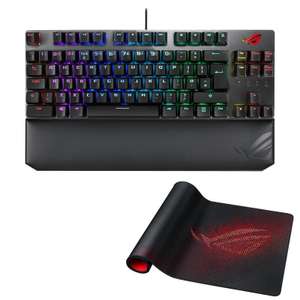 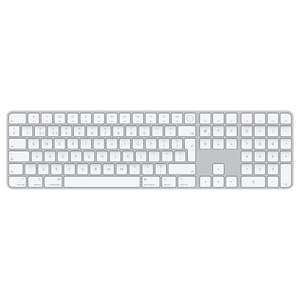 234°
Posted 26th JunPosted 26th Jun
Apple Magic Keyboard with Touch ID and Numeric Keypad (for Mac computers with Apple silicon) - £129 @ Amazon£129 Free P&P FreeAmazon Deals
Not for everyone, its expensive but if you were looking to get it then it is a great price for this product, if you can't find it at a better price please don't vote cold. Dispatches 1-2 mo… 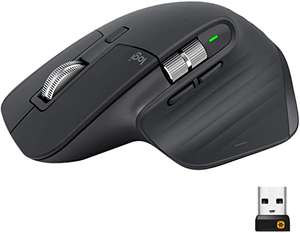 6° Expired
Posted 24th JunPosted 24th JunShipping from GermanyShipping from Germany
Logitech MX Master 3 Wireless Mouse + Logitech Mx Keys Wireless Keyboard - £126.48 with new app user code @ Amazon Germany£126.48£159.9921% offAmazon Germany Deals
Get deal*Get deal*
Thought I'd share this deal I came across when checking out (after seeing the other deal posted on the mouse) thought this was a cracking price using the discount code. NOTE This discount…

Keyboards are a fixture in everyday life. In fact, they are so common that we’ve come to take them for granted, even as they are being challenged by new ways to control digital devices. If you are the kind of person who still only feels comfortable with a QWERTY keyboard in front of you, this buyer’s guide will provide all the guidance you need to buy a cutting edge keyboard model.

If we take a keyboard to mean a set of buttons used to input letters, numbers or symbols, then they have been around for almost 150 years. The first typewriters emerged in the 1860s, and soon became a popular way to compose professional documents, letters and even books.

But the keyboards we are talking about in this buyer’s guide are more recent. Here, we are dealing with keys that are linked to computing devices, and this type of keyboard is much more recent.

The first computer with a QWERTY keyboard was created in 1948, when the Binac system linked an electric typewriter to a processing system. In the 1960s, as computers became smaller and incorporated cathode ray tube monitors, engineers started to integrate keyboards into a single unit – an arrangement that remained common for fifty years.

In the 1980s, keyboards were complemented by the development of mice, trackballs and laser stylus tools, but they remained the most popular way to control computers. However, they are becoming less dominant thanks to the introduction of smartphone touchscreens and voice recognition systems like Alexa in the Amazon Echo.

Nevertheless, keyboards are still everywhere (I’m using one right now), and there are plenty of advanced models for buyers to choose from. With wireless, Bluetooth-enabled keyboards, fold up mobile keyboards, tiny keyboards and heavy-duty models all on offer, you can pick a type that matches your needs perfectly.

The Different Types of Modern Keyboards

All keyboards have some features in common. They are capable of connecting to external devices; they possess alphabetical keys and numbers; they transmit signals from keys to CPUs, and their keys tend to be arranged in a way that hasn’t shifted much since 1868.

However, beyond those similarities, there’s quite a lot of diversity. Here are some of the main keyboard types and what they are commonly used for:

Those are the basic varieties of keyboards, but you’ll also find a variety of sub-types that are designed for specific activities:

We noted above that smartphone users can add separate keyboards to their accessory collection, or choose to change the app they use to deliver the keyboard function. This isn’t just applicable to Android devices. If you are an iPhone user, and you don’t like the keyboard tool supplied by Apple, there are alternatives to make your phone easier to use.

Apps like Gboard, SwiftKey, Fleksy and Swype have all appeared on the App Store, and provide a genuine alternative to the slightly clunky auto-correct found on the standard keyboard. These apps have plenty of advantages over the standard keyboard, including a much slicker use of emojis, better auto-correct, foreign language support and more attractive themes. They are all free of charge, so there’s no harm in giving them a try.

Then there’s the Apple keyboard. Designed to be used with iPhones, iPads and MacBooks, the Apple Keyboard looks the part (as all Apple accessories tend to do). It pairs up automatically with Apple devices, so you can use it with your phone, computer and even your iPod. It has good battery life too and is a handy addition for Apple users.

How to Protect and Clean Your Keyboard Safely

Whenever you purchase a keyboard, it’s easy to damage it via spills or impacts, but there are some ways to extend the life of your device as long as possible. There are also some accessories that might be worth searching for on the HotUKDeals listings when you come to make a keyboard purchase.

The most important accessory to purchase is probably a keyboard cover. These products are usually made from ultra-thin plastic and lay directly over the keys of the keyboard, providing a protective layer. Make sure you buy a protector that fits your keyboard layout (obviously) and think about opting for a custom fit if you are really concerned about the health of your keyboard.

Aside from that, try to keep food and drink as far away from the keyboard as possible. That’s not always easy to achieve (we all need our regular caffeine injections, after all), so factor in the chance of a spillage. If spills occur, don’t panic. Just shut down your computer, unplug it and let the keyboard dry off. This will often resolve minor spills. If it still doesn’t work, keyboard repairers can work wonders with damaged devices, so it’s probably worth giving them a call.

Dust and dirt can also accumulate underneath the keys of conventional keyboards (although this isn’t a problem with flexible models). Because of this, it’s a good idea to carry out a regular dust removal. To do so, unplug your keyboard and use cotton wool dipped in isopropyl alcohol to clean the surface and edges of every key, before wiping it off with a lint-free cloth. You can purchase special dust removal cloths and cleaning solutions, and it’s well-worth buying these instead of using home remedies.

If you have invested in a flexible keyboard for your smartphone, it should be fairly robust. However, it’s easy to forget about its presence in bags or cases, so beware of sitting on it inadvertently. And don’t get casual with liquids, as they can seep through some models, particularly at the edges. Don’t assume your keyboard is totally waterproof.

When people buy keyboards, they don’t usually just buy the keyboard, and many of the deals you’ll discover on HotUKDeals feature a combination of devices, not just the keyboard on its own.

For instance, you might want to look for keyboards with a stand included. These fold-up products tend to pack away as small as possible and are made from lightweight aluminium. When erected, they act as a platform to place your keyboard, allowing you to type out emails or give presentations at a comfortable standing height.

You can also find plenty of keyboard and mouse combination deals. Whether you are setting up a home office or creating a gaming rig, you can save money by purchasing the two devices together, and they often come as a pair in any case. For example, Microsoft makes the Sculpt desktop set, which features an ergonomic wireless keyboard, a wireless Microsoft mouse and a separate numerical pad that you can hold in your palm.

You can also add accessories to make the experience of using the keyboard more comfortable. A great example is the memory foam bars that rest in front of keyboards, propping up your wrists as you type. So, why not plan ahead and save your hands some discomfort in the future?

What About Piano Keyboards?

Of course, PC and smartphone keyboards aren’t the only type of keyboard on the market. When you search the HotUKDeals listings you’ll encounter a vast selection of music keyboards as well. So, if you want to unleash your musical creativity or need an upgrade on an ageing Casio to beef up your band’s sound, there should be plenty of bargains to be had.

Here are some things to keep in your mind when you are buying a piano keyboard:

As with all electronic devices, keyboards are always being discounted by major UK retailers. To find the most recent discounts, all you need to do is visit the HotUKDeals keyboard pages, which include everything from ergonomic office keyboards to gaming keyboards and apps for smartphones from brands like Corsair, Logitech, Razer or Cherry.

Merchants on the listings include household names like Currys, John Lewis, Argos, Amazon and Tesco, as well as manufacturers like Microsoft, Apple, Novatech and Samsung. There are also plenty of musical bargains to be found at merchants like Richer Sounds.

Keyboard deals appear all the time, but you are more likely to find steep reductions around Black Friday and Cyber Monday in November – when retailers look to kick off their Christmas efforts. But check back regularly in any case. You can never tell when manufacturers or retailers will stage flash sales. When they do, you can be sure that they will be featured at HotUKDeals, the number one site to follow for keyboard discounts.

Keyboards for Sale and More - Best Prices at HotUKDeals

Keyboards are a computing essential, allowing us to turn our thoughts into words, to control games and apps. Even though touchscreens and voice commands have come around, keyboards are more vital than ever. If you need a new keyboard for your computer or phone, you’ll find a huge range of discounts at the HotUKDeals keyboard listings.