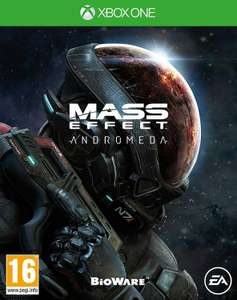 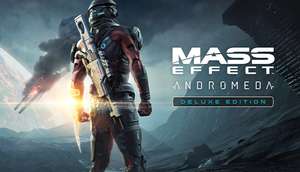 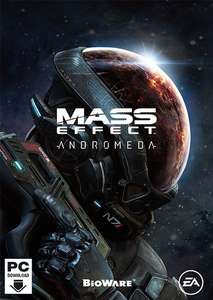 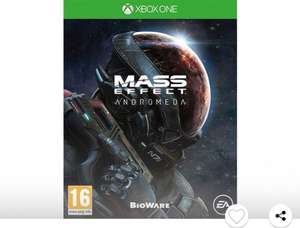 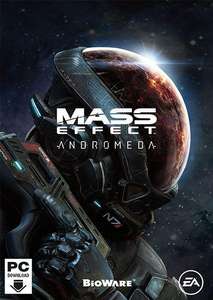 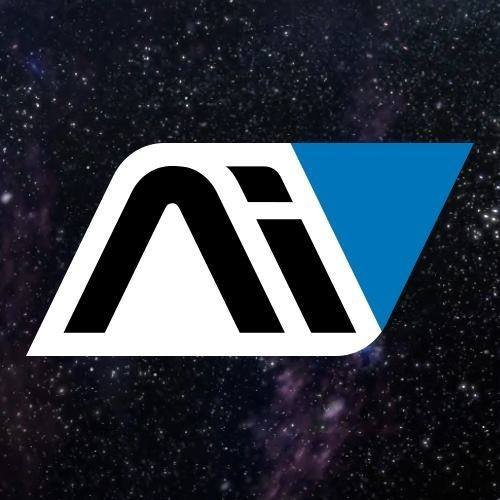 Mass Effect: Andromeda is the fourth game in EA’s Mass Effect series and is easily the most technologically advanced title in the franchise, allowing gamers to control either Scott or Sara Ryder. New characters in the Mass Effect series, Scott and Sara play the role of “Pathfinders”, exploring new worlds in the Andromeda galaxy – a task which provides plenty of environments for gamers to explore as they progress through the game.

BioWare debuted the first Mass Effect title in 2007 for WindowsPCs, PS3 and the Xbox 360, and it was an instant hit. Taking place in a war torn version of the Milky Way in 2183, Mass Effect saw players assuming control of Commander Shepherd as he sought to save humanity from an apocalyptic robotic invasion.

The first instalment was a huge success thanks to its blend of action and immersive storytelling, so it was no surprise that Mass Effect 2 followed in 2010. Again featuring Commander Shepherd, the second title featured more action-packed gameplay (but still placed gamers in the role of saviour of the galaxy). It was another big seller, attracting rave reviews for its story and characters, along with its fast-paced combat sections.

It has been five years since the last major Mass Effect title, but Andromeda should mark a return to the original formula. This time around, the action has been moved forward 600 years and there’s a whole new galaxy to save (Andromeda). As with many current titles, the game has moved from conventional shooting elements to more of an open world feel, taking advantage of the processing power of next generation consoles and extending gameplay in the process. So gamers should get plenty of enjoyment out of the title.

There will certainly be plenty of interest in the latest Mass Effect. As of 2017, the series had shipped 14 million units, making it one of the most successful franchises of the past 10 years.

Mass Effect: Andromeda was released in March 2017 for PC, Xbox One and the PS4, so you’ll need to own one of these systems if you’d like to try the game.

The game has been released in various different bundles, with a range of toys and other items with the more expensive packages, but you can also just purchase the game disc or download it from digital gaming platforms. 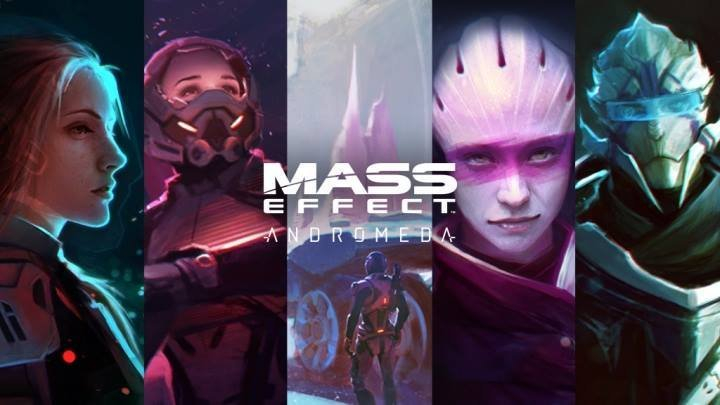 Major retailers to check out on the HotUKDeals Andromeda listings include Amazon, Game, the Microsoft Store and Sony’s PlayStation Store.

This time around, the gameplay has departed slightly from the older Mass Effect titles. Instead of controlling Commander Shepherd, who was a bad-ass soldier, players take the role of one of two “Pathfinders”, who have combined combat and exploration tasks. There’s still plenty of fighting to be done, but more sedate, low-key RPG exploring too.

The core of the game involves exploring 12 planets in the Andromeda galaxy via the Tempest starship. These planets aren’t stranded on their own. They also link up with various other worlds where tasks need to be complete before the planet is considered “colonised”. This could entail destroying enemy bases or just scouting out mineral deposits.

The Tempest itself isn’t just home to Scott and Sara. It has a community of thousands of other characters, and you’ll need to interact with hundreds of them to progress. Deciding how to deal with non-player characters is a crucial part of the game, as it was with the previous Mass Effect titles.

The back story is complex, but basically one or more of these worlds will be able to support the passengers of the Tempest, enabling humanity to find a refuge in the Andromeda galaxy. Your job is to find that world by carrying out multiple quests and defeating enemies that you encounter.

In fact, it’s probably worth outlining combat in more detail, as it’s a key aspect of the game’s mechanics. Scott has the following weapons in his armoury, all of which have different properties:

These are the three overarching categories of weapons. Within them, you’ll find a range of more or less familiar weapons, including: shotguns, assault rifles, sniper rifles, pistols, swords, hammers and other weapons. Most of these can be modified with R&D to alter things like their firing rate, power and stability.

Skills work in tandem with “profile builds”, which is another name for character classes. In Andromeda, you can choose between the following classes, most of which will have a familiar ring for players of futuristic RPGs: soldier, engineer, adept, sentinel, vanguard, infiltrator and explore.

Scott and Sara can create a range of profiles. You don’t have to pick one class at the start of the game and then stick to it throughout. Instead, you can switch between profiles to suit the needs of any particular quests.

Each class has their own strengths. Soldiers are obviously stronger, while sentinels recharge more quickly, vanguards are berserker-style killing machines, while engineers have great tech and research abilities. 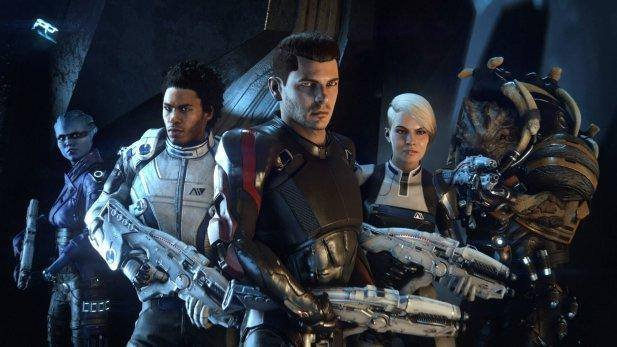 Each of these profiles can accumulate “skills”. These are acquired by completing the various quests in the Andromeda universe. Without honing a variety of skills, Scott and Sara can’t handle the enemies they are bound to encounter, making it impossible to carry out all of their quests. Skills can be used three at a time and are divided into the following “trees”:

Within these trees, you’ll find a huge variety of different skills, and finding these out is one of the most enjoyable parts of Andromeda. For example, the Barricade skill boosts your own shields massively, Singularity turns your combos into formidable assaults and you can also acquire skills to boost your basic health and fitness.

A major aspect of the game is balancing which skills to level up and which trees to pursue. The decisions you make could make it much easier to complete certain missions later in the game, so choose wisely. 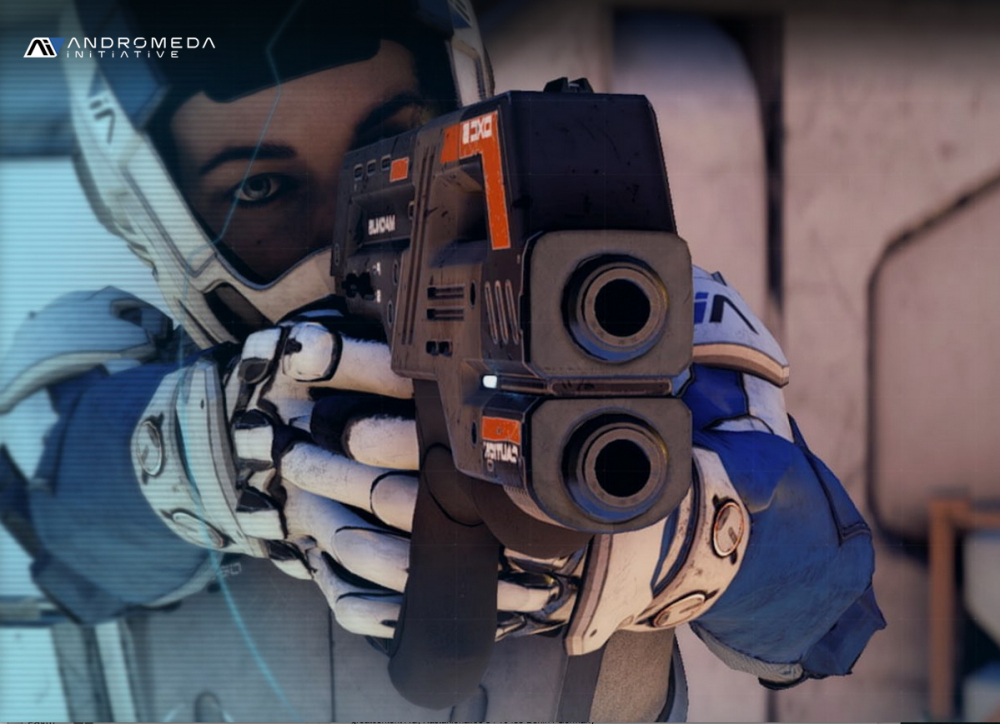 As usual with major gaming titles, Andromeda: Mass Effect has been released in a number of different bundles, so make sure you purchase one that meets your needs. Here are some of the major options available:

Absolutely, yes. Andromeda looks likely to be one of year´s most satisfying multiplayer experiences.

The multiplayer section of Andromeda involves human players getting together as teams. These teams then have to battle against computer controlled teams at three difficulty levels (bronze, silver or gold). These enemies could be remnants, outlaws of kett - but either way, the human team is tasked with surviving seven waves of attacks.

So, it’s a cooperative multiplayer feature which sets Andromeda apart from many other shooters. Although taking part in multiplayer games won’t directly affect your single player characters, the skills you learn could be invaluable in succeeding in the main game. It’s also great fun to get together with friends to form a team and blast wave after wave of enemies.

Are There any Accessories that Mass Effect Gamers Should Buy?

Along with the game itself, EA has released a number of printed guides that provide a fantastic introduction to the gameplay mechanics. If you need a helping hand with Andromeda, make sure you pick up a copy of the Prima Guide or the Collector’s Edition Guide. Or, if you are a true Mass Effect fan, you could opt for the Pathfinder Edition Guide which features plenty of collectible memorabilia (including a Mass Effect backpack). It’s a must-have for collectors but everyday players probably only need the Prima guide to start improving their gaming skills.

Along with game guides, you’ll also find a cool Art Book, as well as a tie-in novel (which may help to fill in some of the back story if you are coming from the earlier Mass Effect titles). There’s even a remote controlled replica of the Nomad vehicle that Scott uses on the planets in Andromeda, while Funko has been enlisted to create a range of figurines as well. 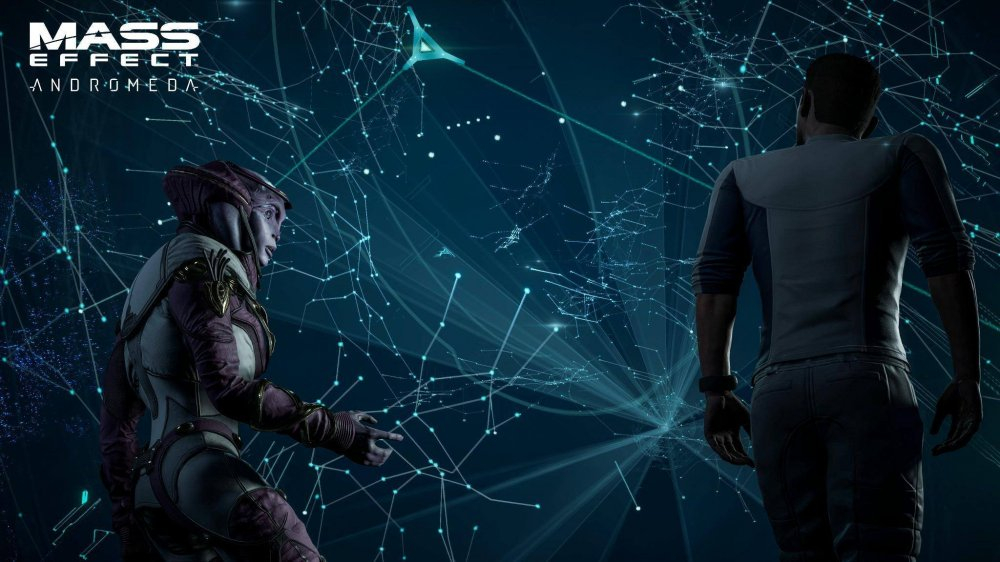 If you want to try one of 2017’s most exciting gaming titles, make sure you get the best possible price for Mass Effect: Andromeda.

The first thing to do is to decide which bundle you’d like to buy and whether you want to download the game or buy a physical copy. Then, head to the HotUKDeals Mass Effect: Andromeda listings and find out which merchants are offering the game at bargain prices.

There should be plenty of discounts for the Xbox and PlayStation versions, for all of the bundles, and for the various Mass Effect accessories on offer as well. All of the UK’s leading gaming retailers are included in the listings, such as GAME, Instant Gaming, CDKeys, Amazon, the Microsoft Store, the PlayStation Store, Simply Games, and Tesco.

If you aren’t up to speed with the Mass Effect saga, you’ll also find plenty of great offers for the first three games as well. But if all you want is to start exploring the Andromeda galaxy as humanity’s last hope, go ahead. You’ll find the best possible prices by shopping with HotUKDeals.