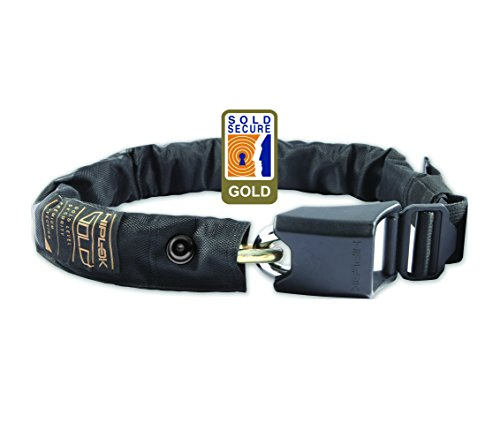 So you mean that this lock isn't a bad idea then?

I've owned a hiplock for many years and it's really good. Reassuringly heavy. Personally I'm paranoid about leaving any of my bikes in public, this comes with me if I have to leave it out of sight.

What's your recommendation for a feather light lock that has a gold secure rating?

You still need something for the front wheel, if they integrated a loop into this it would be far better. You can get a Ulock for the nearly half the price. https://www.tredz.co.uk/.OnGuard-Pitbull-DT-Shackle-U-Lock-Plus-Cable-Gold-Sold-Secure_61144.htm?sku=177266&amp;utm_source=google&amp;utm_medium=cpc&amp;utm_campaign=google_shopping&amp;gclid=Cj0KCQjw4v2EBhCtARIsACan3nw7UDWmBB3-gbLcctCRFozeZSHveHEIU0ayoMEPVtkcpI3KU1aZ17kaAnZWEALw_wcB# You can fit to bike or stash in your bag. 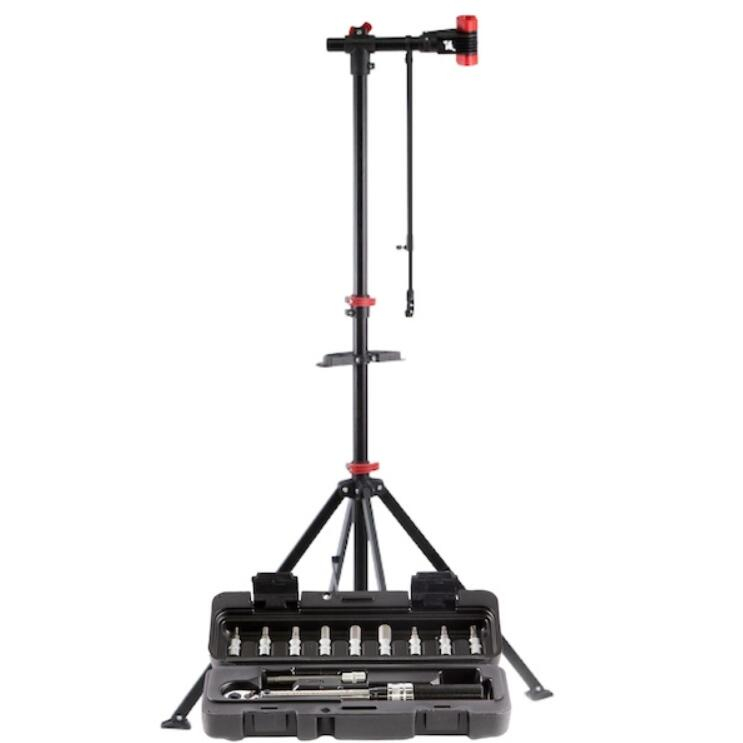 They are fairly generic products often sold under many brands, Oxford springs to mind. I've had some Jobsworth stuff and its been excellent for the price. However concerning your last point I tend to agree, if I had a £3k CF frame I probably would look for a better torque wrench. However some firms like Canyon provide fairly basic torque wrench's with their high end bikes for assembly. Admittedly they are probably meant just for assembly rather than long term use.I'd think the Jobsworth torque wrench would be more accurate and stay accurate for longer.

10% off code in the newsletter, so i bought this along with one of their cafe locks.

They were selling the torque wrench the other day for £20.

Has anyone used this workstand and/torque wrench and can comment on the quality vs othe brands? Thanks 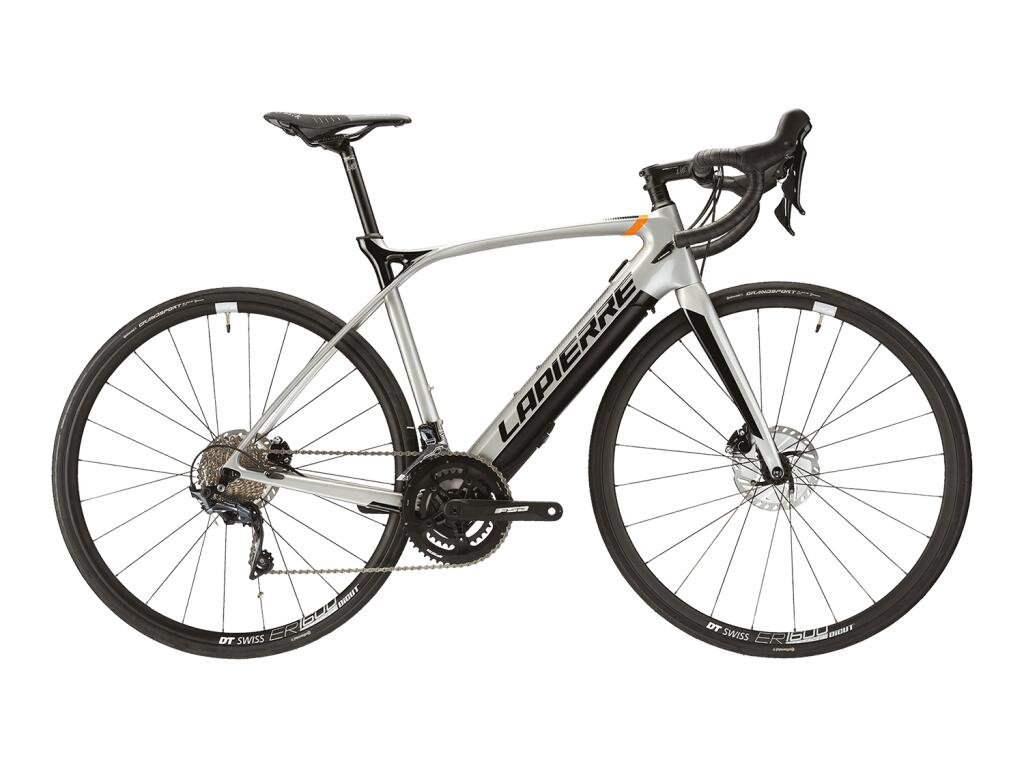 https://www.thebikefactory.co.uk/shop/bikes/sub/electric/trek-domane-96875/option/ They just added this trek to the clearance section with 2k off.......not sure if it compares to the Lapierre spec wise.

Depending of the specs they might even be expensive (:I As an owner of a cheap, heavy, not efficient electric bike with over 3000miles on the screen, I’ll suggest is worth it to spend some money and buy something better; but of course if you can afford it.

I've just picked up a leaflet from Aldi and there advertising electric bikes for 699 pounds from Sunday and pay online. 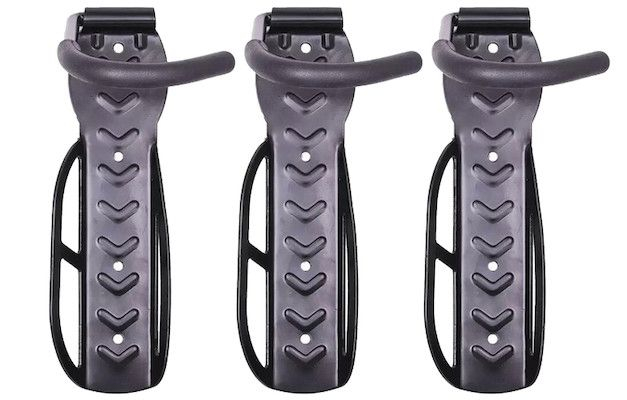 Normal price. Just bought 2 of these for just over 6 quid on ebay (included screws and raw plugs too) 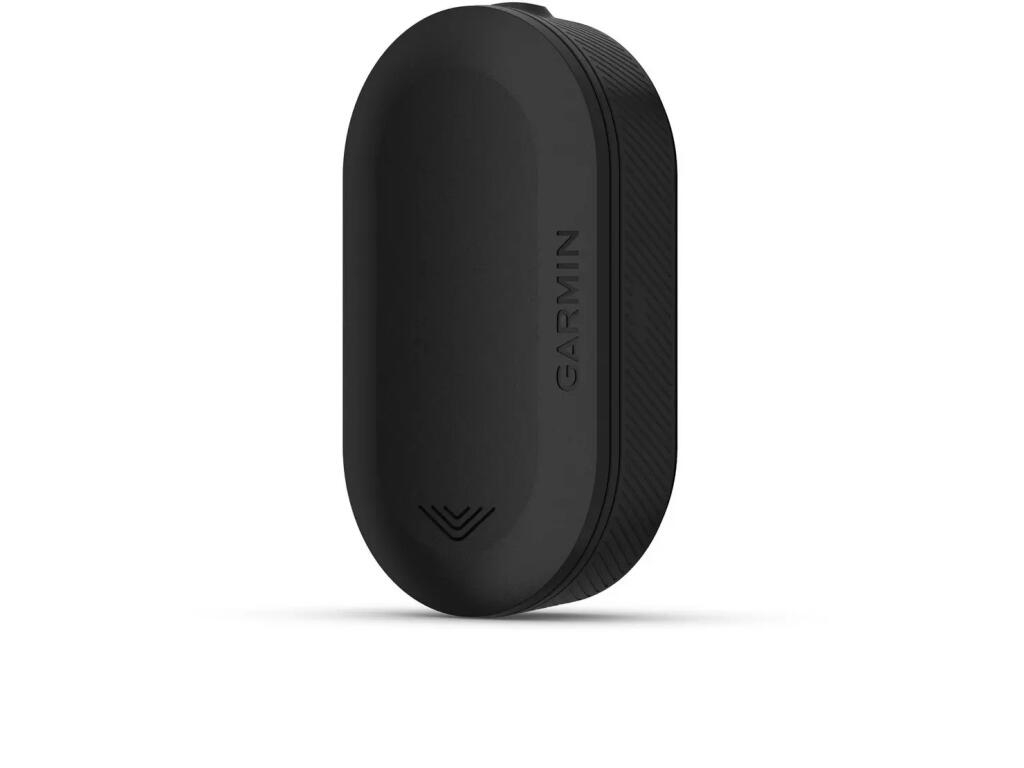 I got this exact model in the Black Friday sale at Wiggle (£100), after I heard many good things about it. It is indeed very impressive tech, and the integration to the Edge has been done very nicely. As mentioned it's extra information. I still look over your shoulder at junctions and changing lanes of course, but checking behind me during normal riding (just to see if anything is following) is simply not necessary now, because it's just so accurate at detecting vehicles. The other huge advantage is when a car passes you then if another car is still behind then you'll still have a blob on screen (or several blobs if there's a queue). This is something which you'd never really be able to know, without looking behind all the time.

Yes, my car has a similar rear monitoring system and the same as the bike it doesn't replace checking over your shoulder, it's an additional tool to assist because regardless of whether you're on the bike or in a car you cannot look behind you all the time whereas these systems can.

You obviously fail to recognise it wasn't the measurement unit I was highlighting, but the spelling!

When these first came out I was dead against them. I thought they would give you false security and reduce the amount of time I spent doing safety checks. Having used one for a year I wouldn't be without it. Great for country roads that are narrow, especially if you are holding quite a central position to avoid potholes Great on the bike leg of a triathlon when you have your head down Great when riding in a group - although if someone is right up your ar$3 they can obscure vehicles Great for uploading to https://www.mybiketraffic.com/ and checking how many cars passed you and how fast! Would be great if it had a camera too Very few negatives - battery life is about the only one and price (of course, this is HUKD) 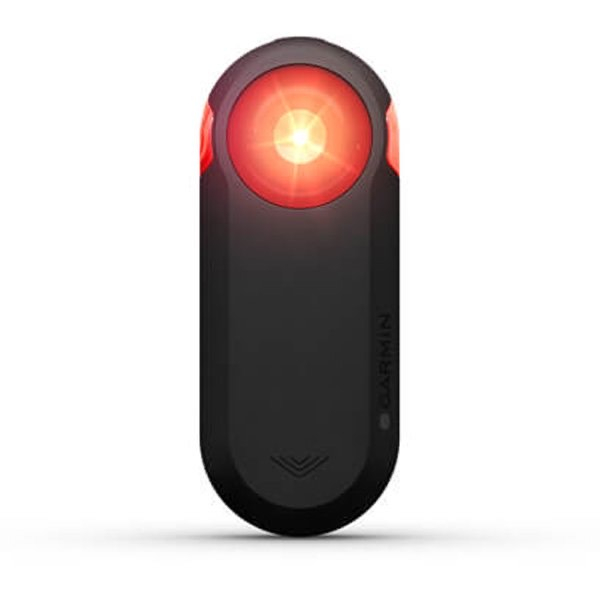 It is great at letting you know there is a car behind you, but the light output and battery life does not compare to a £30 ish moon nebula rear light. The only time I think it is any use is when cycling with a buddy, you can be 2 abreast and then quickly drop to single file way before you can hear the car......and before anyone starts I know you are allowed to cycle 2 abreast.

Regardless of it alerting you that a vechle is behind you, they will still overtake you leaving inches to spare and put the fear of God up you just like they always do &#x1F621;

The bike, or bicycle as it otherwise known, is by far the most popular and most widely produced vehicle in the world. Great for sport, recreation and fitness, bikes are also used by courier services, military, and police for work. Today, there's a whole wide world of different bikes available, at a wide range of prices. The choice can seem overwhelming, which is why we've compiled some of the best deals to be found online, here at hotukdeals, to help our customers make an informed choice.

A beautifully simple invention, the pedal-driven frame with two wheels has become iconic in itself and the bicycle's basic configuration and shape has changed very little since the first chain-driven models were created in the late 19th century. There have, however, been many improvements on the small details, even more so since the technological developments of the 20th century, such as plastics and computer-aided design, have taken hold. These developments have allowed for the improvement of specialised designs for different types and styles of cycling. The invention of the bicycle has had a huge impact on society, both in cultural terms and in terms of advancing modern technological and industrial methods. 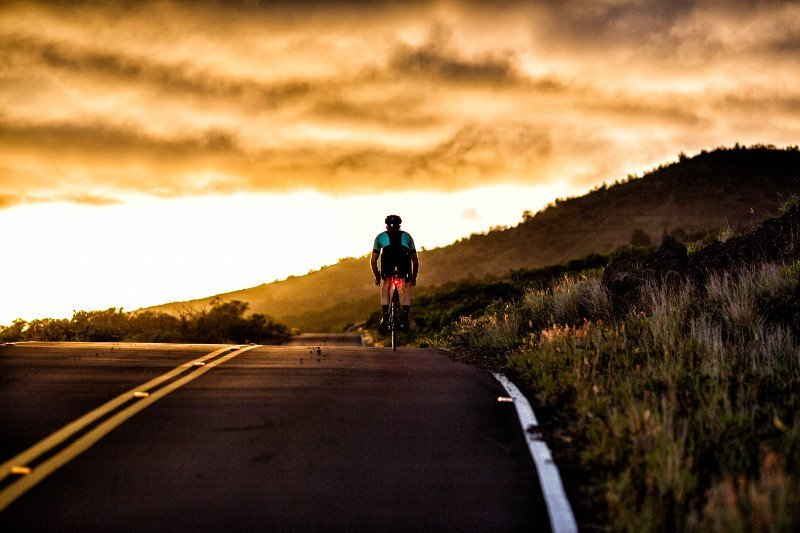 The Different Types of Bicycle – The Pros and Cons

Road bike – Designed for travelling on paved roads at speed. Road bikes are built for endurance rather than fast bursts of speed, and as such they usually feature large numbers of derailleur gear combinations, narrow tyres and a lightweight frame.

Mountain bike – Also known as All Terrain Bicycles, these are designed for cycling off-road. The features include strong, wide gauge treaded tyres, highly durable wheels and frames, and a cross-wise handlebar, which helping when riding over bumpy terrain.

Commuter bike – These are designed specifically for the daily commute over short or long distances in cities and towns. The typical commuter bike features 700c wheels with light tyres, derailleur gears and a carrier rack. A properly equipped commuter bike also features front and rear lights for use commuting in the early morning or evening. Some commuter bikes are also foldable, which is great for those who lack space at work. 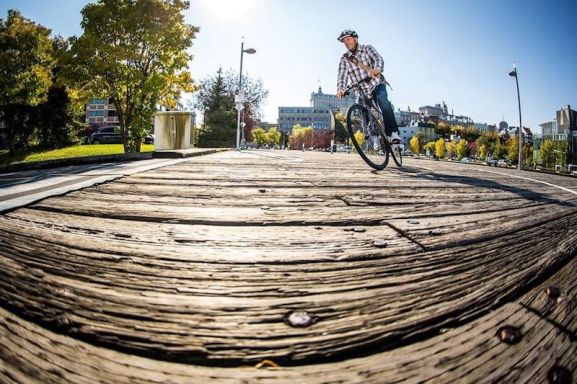 Single speed bike – These bikes have just one gear and are designed for cycling relatively short distances, over relatively flat terrain. With some single speed bikes, the pedals can, or sometimes must, be pedalled backwards to slow down, in lieu of a brake attached by cable to the handlebar.

BMX bike – Standing for “bicycle motocross“, the BMX was originally designed for BMX-racing and is now used in park, street, dirt and flatland racing, as well as the famous, BMX Freestyle, where racers push the stylistic limits of the sport. The BMX has had something of a cult status in popular culture since the 1970s.

Cyclocross bike – Specifically designed for cyclocross racing, these bikes are designed to endure the rigours that the race demands. Cyclocross bikes look very similar to racing bikes, with the major difference being the geometry of the frame and the wider tyre clearances that a cyclocross bike has.

Electric bike – With an integrated electric motor used for propulsion, which is powered by a rechargeable battery, the electric bicycle, or e-bike, ranges from those with small motors which merely assist the pedal-power of the rider to those with more powerful motors which lean towards a more moped-like functionality. The key factor is that electric bicycles all have the ability to be solely pedal-powered, and therefore, they are defined as electric motorcycles.

Kid's bike – A bike fuels a child's imagination in many ways, allowing them to explore their environment. Designed especially with the needs of small children in mind, children's bikes come in various sorts, ranging from balance bikes, which don't have brakes or pedals, all the way up to replica racing and mountain bikes on a scaled-down size.

What You Need to Know About Road Bikes

Getting Your Head Round the Parts of a Bike

When you start looking for a new bike, you'll soon begin to encounter a whole world of jargon and terminology and it can become a little daunting. Here's some information about some of the main specifications of a bicycle's component parts.

What to Think About When Buying a Bike

If you walk into a cycle shop or search online and it's very easy to quickly find yourself lost in the sheer number of choices. There are some factors to bear in mind, and questions to ask yourself when buying a bike to ascertain whether or not this is the right bike for you.

Pimp Your Bike – Accessories for Your Two-Wheeled Friend

You can really make the most out of your bike by choosing the right accessories for your tastes and requirements. There's a whole world of accessories available for your bike, ranging from safety features to maintenance and repair, to storage to the purely aesthetic. The appropriate accessories also depend on the type of bike you have. Some of the main ones are listed below: 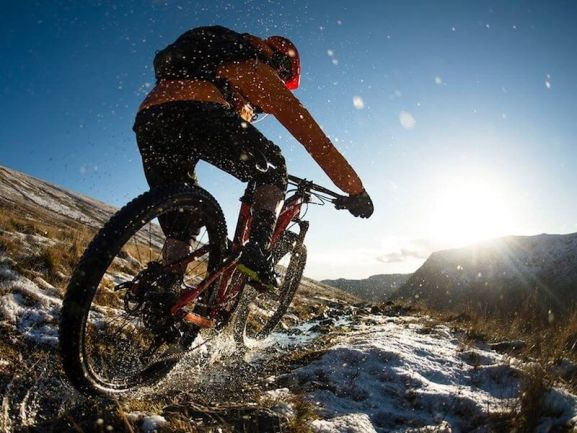 Save Money on Your Next Bike or Bike Parts

From specialist bike retailers to major supermarket chains to online retail giants, there's a wide range of sellers online who stock a variety of different bicycles. One of the UK's best-known bike and bike accessory shops is Halfords, and they're always worth checking out when it comes to anything bicycle related. In the last fifteen years Wiggle has also become a major force in UK bike retailing. Supermarket turned retail giant Tesco stock a range of bicycles, as do the UK division of Walmart, Asda. High street favourite Argos also provides bikes at good prices, and of course, you can also find a wide selection at online retail behemoth Amazon.

While there's no official "best time" to purchase a bicycle, there are certain times of year when you can save money and get a good deal. Every year in September (or around that time) most of the major bike manufacturers release their newest models. Many bike shops will be looking to clear out the old to make room for the new, meaning lower prices. It’s a good option if you don’t mind having last year’s model.

You can also get a good deal on a new bike during the traditional (and also the more recent) annual sales. Black Friday, Cyber Monday, Christmas and the January sales are all good times to look because not only are the retailers competing for your custom, the winter is the "off-peak" season for cycling and many bike shops are simply looking for business.

At hotukdeals, you can take advantage of some of the best online deals on bicycles. We post all the hottest deals as soon as we get them. Why spend more, when you can save? Take a look at our dedicated Bikes page and get your discount today!