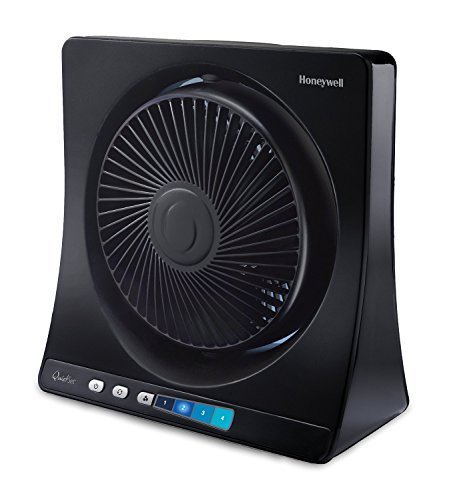 I hope you're not I'm loving the rain (lol)

Very quiet, when it is turned off. Just as noisy as any other fan when turned on. Full setting certainly shifts the air, but quiet it ain't!

Hope so, it needs to bring the sun out NOW so I can make the most of it before furlough runs out (lol)

ideal for office desk use. 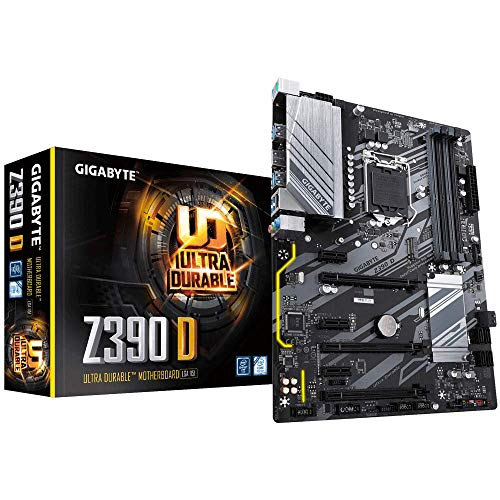 providing you have a graphics card that is

Wow, brand new for less than the price of a used Z390!! Pair with the i7 9700KF going for around £170 at the mminute for a super powerful PC for high end office or gaming. Not too shabby at all really. Great find. 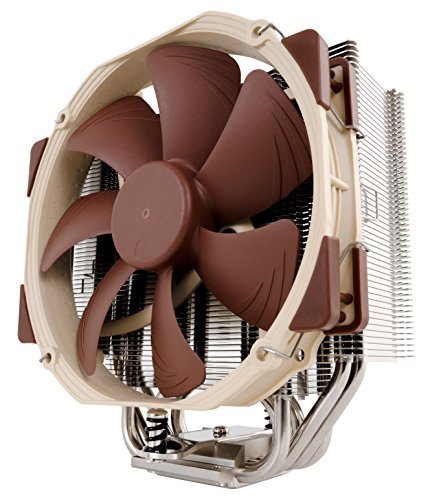 I know, I know, you are right, but I have a lovely black mbo and RAM and a Willie Wonka cooler. It is quiet, it runs cool and I have about gotten over it :p

They sell all black versions of these now, but I really have to question why anyone would actually be so sad as to care about the colour of a cooler. I just cannot get sticking all the distracting bling in PC case when the reason you have a PC should be for what it can do, not how it looks... (confused)

Great cooler. Pants colour. I’m sure they would sell more if they tamed the colour.

This heatsink and fan has been on offer here a few times and every time I think it's made of chocolate. Willy Wonka's fan.

I feel like there should be a 3camel integration that automatically shows when Amazon deals are posted. Would be a great addition! Thanks for posting. 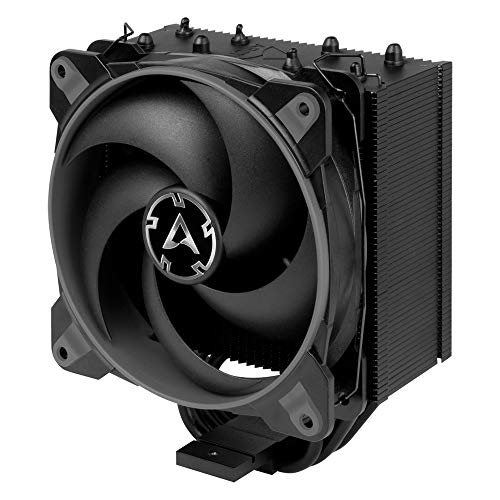 Yes just lay the case flat. You might need to remove the GPU for easier installation.

Can this be fitted without taking the motherboard out of the case?

Thanks, just grabbed one rather than a 212 evo.

Youre right, im not 100% convinced by multi fan set-ups. My example is, I replaced an 9 year old Xigmatek Gaia with a Nautica D15S. Differences are negligable (confused) 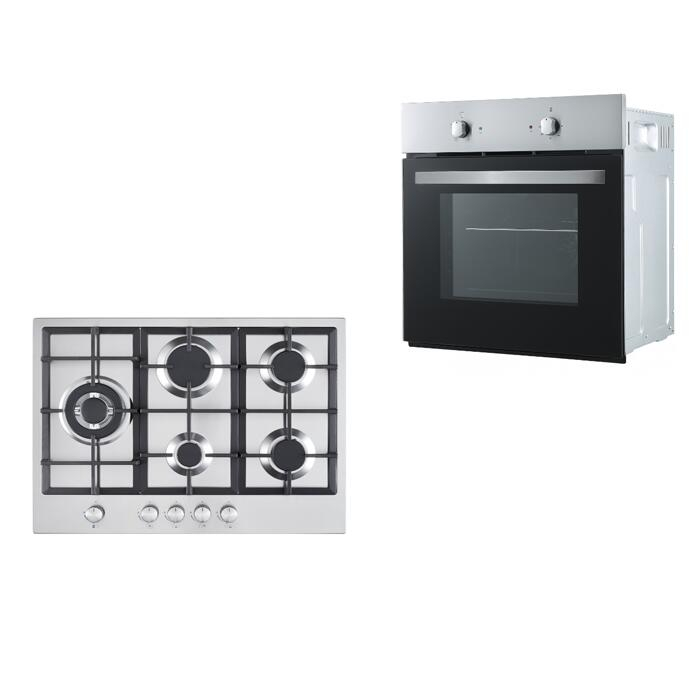 Interesting reading - looks as if a fault should cccur they will only replace (not repair) but the consumer must pay for fitting to remove (if required) and for fitting the new replacement. Warranty appears to be invalidated if not installed by a qualified electrician, which could be standard across the board - I'm not sure to be honest.

Hi, they have 4.8 based on 10,736 reviews on Trustpilot The one you are referring to looks to be based on a total of 9 reviews?

I'm in the market for a new oven &amp; hob. Just checked Trust Pilot and this is probably one to avoid! Always do your research (y) 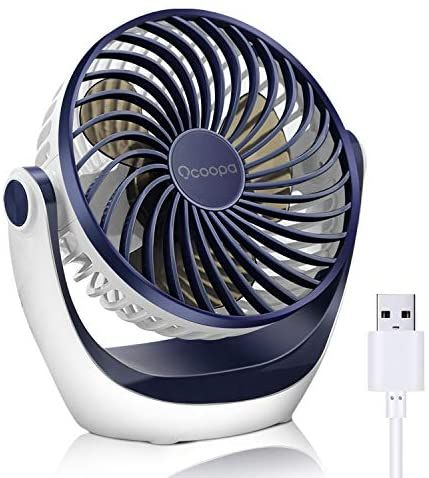 220° Expired
Posted 4th MayPosted 4th May
OCOOPA Portable USB Fan for Home Office £5.19 (+£4.49 nonPrime) Sold by Akuyou and Fulfilled by Amazon£5.19Amazon Deals
Use the £5 voucher to reduce the amount to £5.19. Description: 【Strong Wind】 The inbuilt first- new copper made brushless motor is stronger and have longer lifespan … Read more

It's a good fan but not as quiet as I expected. I purchased this one https://www.amazon.co.uk/gp/product/B0734MV2DJ/ref=ppx_yo_dt_b_search_asin_title?ie=UTF8&amp;psc=1 a few years ago &amp; it's quieter but sadly currently unavailable.

hotukdeals' Guide to Cheap Fans and the Best Fan Deals

When the thermometer starts to rise, and offices begin to swelter, there's nothing like having a fan or two to keep things cool and fresh. And the same applies back home, where mid-summer heat-waves can turn living rooms into furnaces. But what is the best fan to buy, and how can you find the right models at the cheapest prices? There are some pretty advanced designs on the fan market these days, and a wide range of options, whether you're looking to chill out in your bedroom, or maintain productivity at work. This buyer's guide will lay out all of the options, and guide you to the very best fan deals. 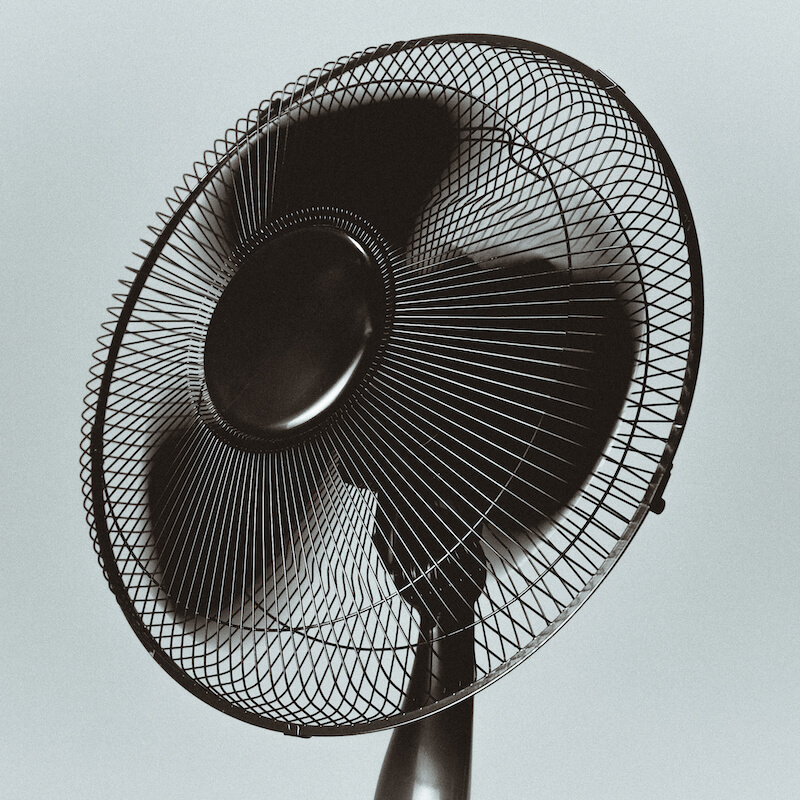 A Quick History of Keeping Cool

Ever since mankind felt the searing heat of mid-summer heatf-waves, keeping cool has been a priority. In ancient Rome, baking citizens would head to the frigidarium, a purpose-built pool filled with cool water. The ancient Egyptians had an interesting tactic for surviving hot summer nights. Instead of sleeping under dry sheets, they would wet and wring a cotton sheet, and lie under that, allowing them to rise refreshed for the next day's tasks.

However, the story of the fan can only begin in one place: China and Japan. These countries are famous for their traditions of manufacturing ornate hand fans – a testament to how hot the weather can get in Tokyo and Beijing. Alongside ice houses and bronze “refrigerators”, the Chinese went further. During the Han Dynasty (around 100AD), craftsmen even created a recognisable mechanical fan, using a hand crank to turn blades.

That was as far as fan development went for thousands of years, until the Industrial Revolution intervened. In 1837, a British technician pioneered a steam-driven mechanical fan. This was joined in the 1880s by an electrical fan, created by the American firm Schuyler Wheeler. By the 1900s, Japanese companies had perfected the compact home fan, and thanks to firms like Compton Greaves, ceiling fans became a common sight in countries like India.

Since then, ceiling fans have undergone refinement (and expansion), while some of the most advanced fans are now the smallest – slotting into laptops and smartphones to keep their processors cool. One thing's for sure, as climate change hits and summers aren't getting any cooler, this is a device that's going to be in demand for some time yet.

What Makes a Good Fan Stand Out?

So, what makes a good fan for home or office use? We're not talking about deluxe industrial fans or computer fans here, just the type of fan you might buy for a school classroom, bedside table, or office desk.

When purchasing a fan, several factors could come into play, and you should take all of them into consideration when browsing the hotukdeals listings: 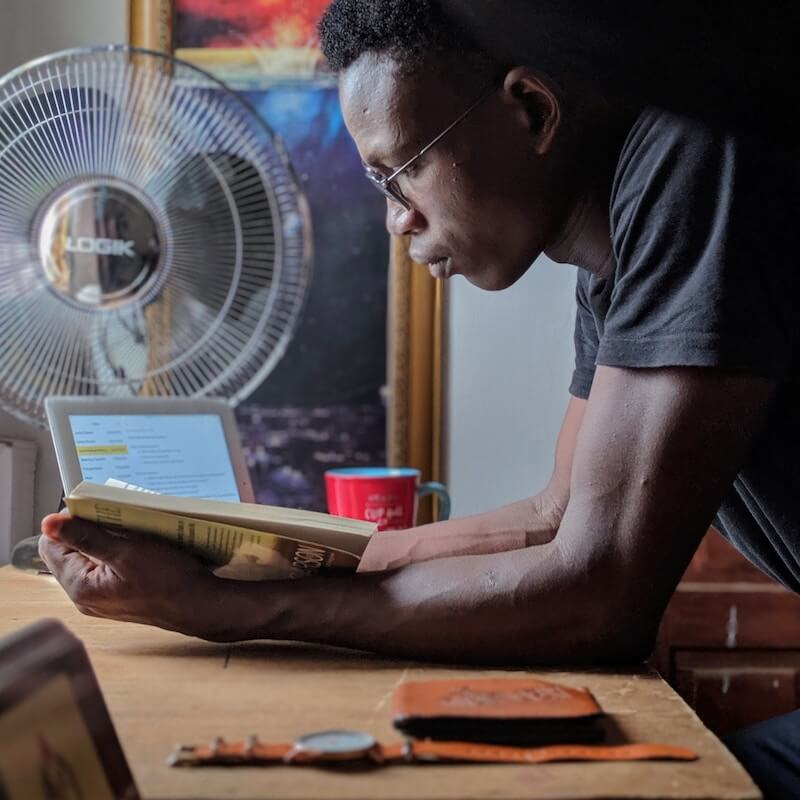 Different Types of Fans to be Found at hotukdeals

Those buying factors can be applied to any hotukdeals fan listings, but they don't get us closer to finding the perfect fan for your unique situation. There are plenty of different styles of fan on the market, and each buyer needs to pick a form that suits their needs. So here's a quick break down of what to expect: 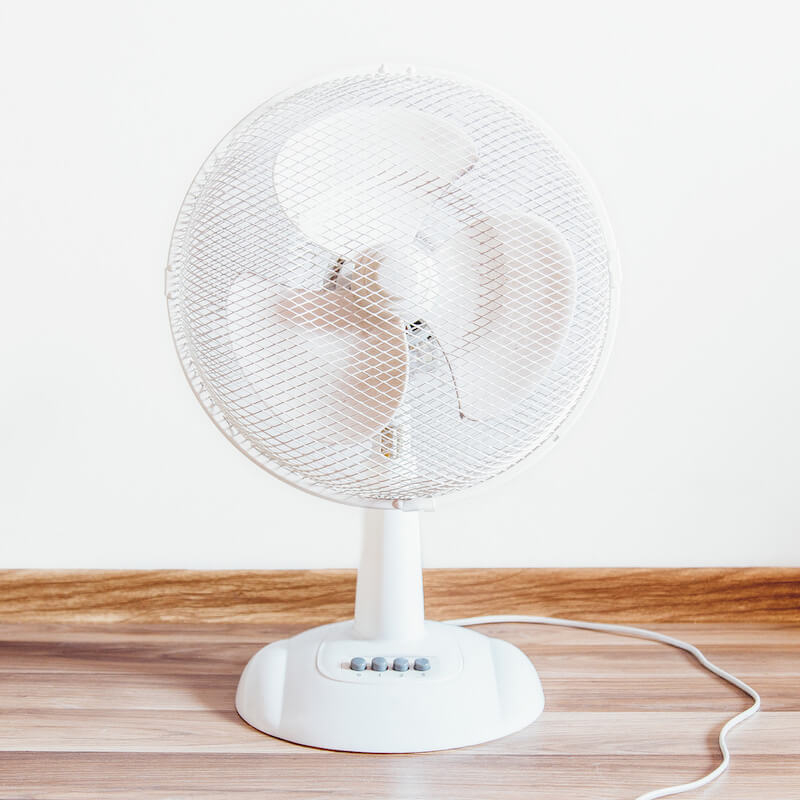 What Are the Most Reliable Fan Manufacturers Around?

Before you dive into the hotukdeals fans listings, it might help to list a few leading fan manufacturers quickly. These brands won't let you down – or if problems arise, their support and warranty services should be able to help out:

How do Dyson Bladeless Fans Work?

What Are the Alternatives to Standard Fans?

So far, we've been focusing on towers, table fans, desk fans, and oscillating models, but they aren't the only options available when you need to stay cool. For instance, hotukdeals is also a good place to look for air conditioning products, and they could represent a more effective alternative. Air con is a good solution for cooling large offices and homes over sustained periods. It's not usually needed in the UK, but can come into its own during extended heat-waves or places where things like ovens or IT equipment raise local temperatures. You can pick up smaller air con units from merchants like Screwfix for a few hundred pounds, so it's an option that almost everyone should think about.

And what about people who need to cool themselves on the move? In that case, tower fans aren't going to be much use. Instead, handheld models will be invaluable. Fortunately, there are quite a few mini fan brands around. For example, Welltop make USB-powered handheld devices that are great for taking on the train or into the office. Even better, fans from D-FantiX come with a misting function which sprays water as it runs, adding a refreshing dose of additional cooling. If you commute in the summertime, these are devices that you can't afford to be without. 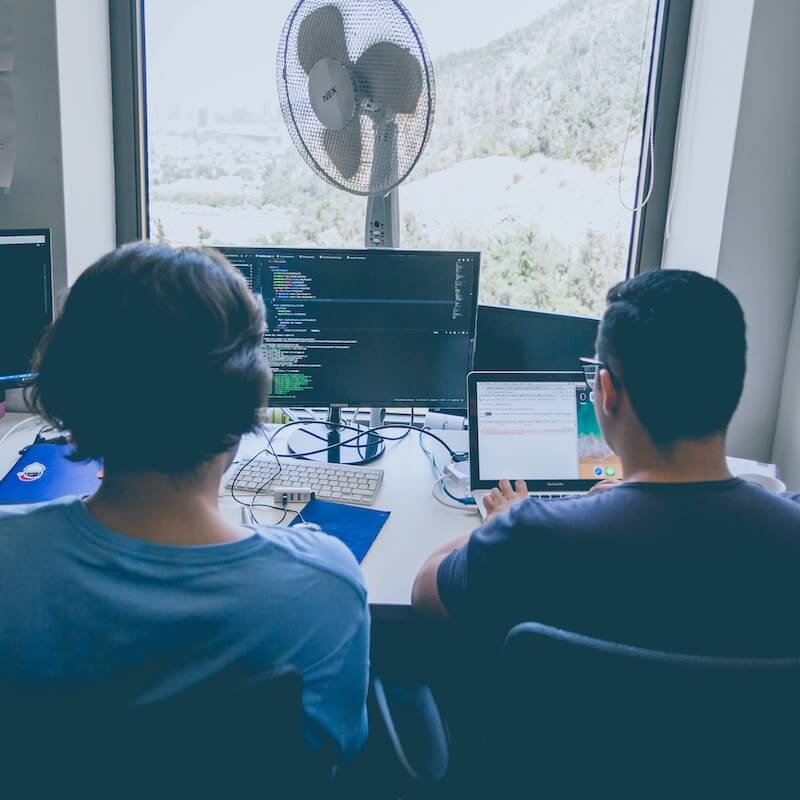 How and When to Purchase a New Fan

Don't be caught out when the heat starts to rise. Be prepared for sweltering summer months or baking trips to work with the right cooling products. As we've seen, there's a fan style for every situation, and plenty of exciting brands to look for. But how can you afford that deluxe air purifying, super-powered model you've got your eyes on?

The answer is simple. As summer approaches, the hotukdeals fans listings become filled with offers. You'll find fans for sale from leading brands like Honeywell and Dyson, with big reductions from an array of merchants. From John Lewis and Argos, to Screwfix, Tesco and Amazon, plenty of the UK's favourite retailers make it cheaper to chill out when the need arises.

Don't buy a fan that's too powerful for your needs. Pay attention to power consumption, noise, and flow rate, and choose one that suits the space you need to cool. If you really want to save on high-end models, check out Amazon Prime Day (which falls conveniently in mid-summer), or hold out to stock up for next year in the Black Friday sales. Either way, be sure to keep things cool this summer at the hotukdeals fan listings.

Chill Out and Save Money With a Fans Purchase from hotukdeals

If you can't stand the intensity of mid-summer heat and need to stay focused on work or relaxation, buying a reliable fan is a no-brainer. Fans come in all shapes and sizes, with some extremely advanced models, alongside great value traditional designs. Whether you need a cutting edge Dyson or a compact handheld model, head to the hotukdeals fans listings for the best prices around.