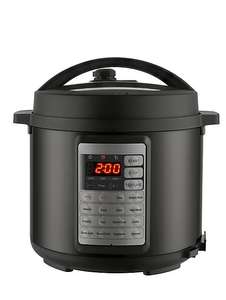 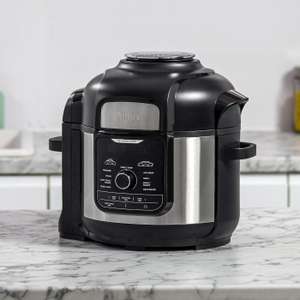 438°
Posted 30th SepPosted 30th Sep
Ninja Foodi MAX 9-in-1 Multi-Cooker 7.5L OP500UK £184 + 2 year guarantee included, using code (JL members / select accts) @ John Lewis£184£199.998% offJohn Lewis Deals
Get deal*Get deal*
With demand shooting up for these, thought this was a decent price, from a really good brand and peace of mind with the 2 year guarantee included from John Lewis. Enjoy £15 off when you s… 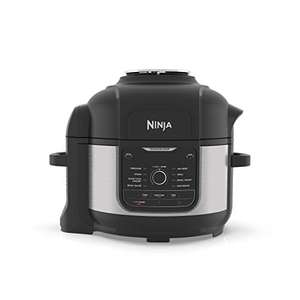 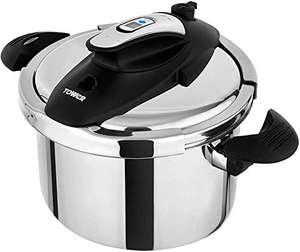 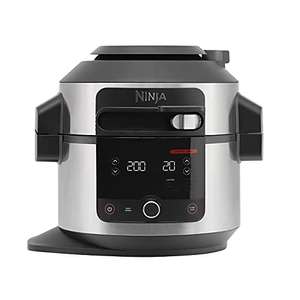 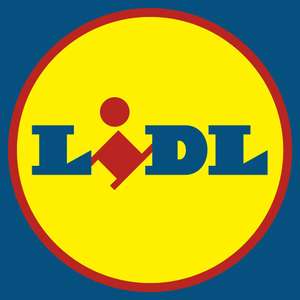 191°
Posted 7th SepPosted 7th SepLocalLocal
Tefal pressure cooker 6L- £39.99 @ Lidl in Beverley£39.99£44.9911% offLIDL Deals
Details from Tefal website 2 Years W The Secure 5 Neo was designed so that safety had to be a key element. Its exclusive security system offers the safest way to cook. It also has 2 cooki…

Offering a blend of convenience, versatility, and space efficiency, pressure cookers are well and truly back in style, and today's manufacturers have come up with plenty of different styles to choose from. If you want to experience fast cooking and rich flavours, they are a great investment, but which brands and models should buyers look for?

This hotukdeals buyer's guide will dive into the world of pressure cookers and offer a comprehensive guide to finding the perfect product. We'll look at how pressure cookers work, the major brands, and their variations. But first, let's go back in time to understand where these kitchen standbys come from, and how they have become such a popular home appliance. 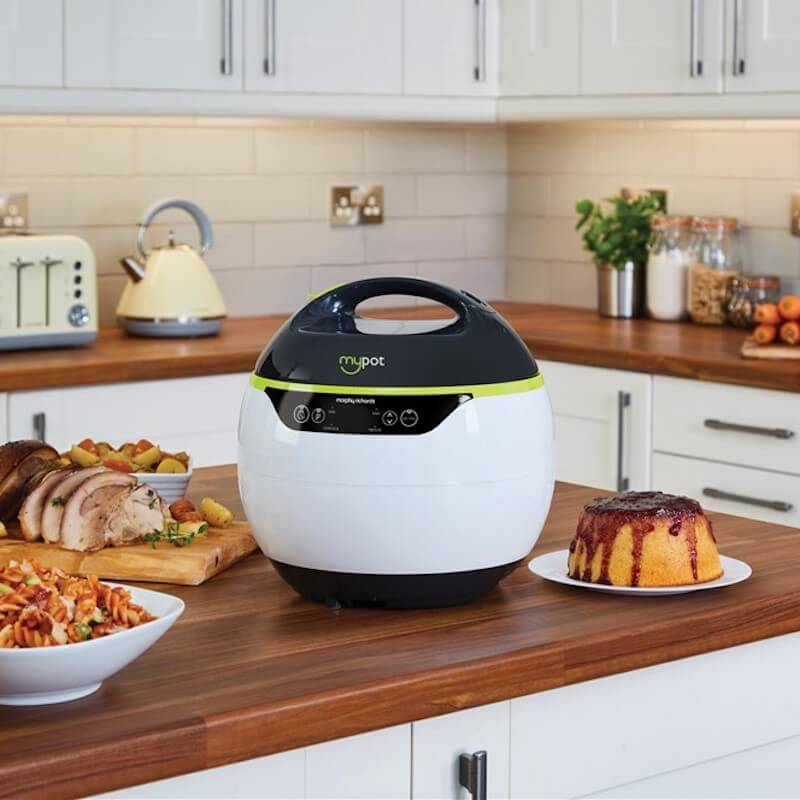 A Quick History of Pressure Cookers

The use of steam to cook food has been common for hundreds of years (and arguably even longer, if pit cooking and smoking are included). But modern pressure cookers don't just use heated steam. They also apply pressure via specially designed containers, and the construction of those containers is a much more recent innovation.

The earliest modern pressure cookers are generally traced back to French inventor Denis Papin, who designed a chamber which used steam to vastly speed up cooking times. After that, progress was surprisingly slow, with engineers struggling to create safe, reliable devices that could be employed in everyday kitchens.

During the 19th century, cast iron cookers became fairly common, but were cursed by loud operating noises and the need to vent superheated steam. This limited their use in ordinary homes, where standard stoves tended to be preferred. However, as the 20th century wore on, pressure cookers emerged with spring-loaded valves that could handle higher pressure loads, and designs became much more stable, reducing the vibrations which plagued older models.

Stove top designs appeared in the 1970s, sparking a pressure cooker craze, while electric pressure cookers debuted in the early 1990s, and models with sophisticated temperature and timing settings have appeared in more recent times. These days, buyers can generally expect pressure cookers which limit noise, offer plenty of customisation, and cook reliably, but how do these devices actually work, and why would you use them?

How Do Pressure Cookers Work?

As any physics student knows, if you increase pressure, the energy required to heat water increases, effectively increasing the boiling point. This means that water can be “super-heated” to levels far beyond standard heating systems like kettles or saucepans. And when the steam from this pressurised water is passed through food, it heats and cooks it much more rapidly than would normally be the case.

This process happens in self-contained vessels (if the steam produced escapes without proper containment, it would ruin the temperature build-up). As steam builds up, it raises the pressure further, creating a feedback loop which makes the water hotter – and this is passed onto whatever ingredients are held within the main cooking vessel of the cooker.

However, the steam produced does need to be vented, or explosion risks would be unacceptably high (something which has historically limited the adoption of pressure cooking worldwide). As designers have worked on new models, they have come up with elaborate valves which modulate steam generation, without reducing cooking temperatures or causing safety risks.

The result is fast cooking, high levels of energy efficiency (in most cases), clean and simple operation, and – sometimes – health benefits. When cooking rice, pressure cookers have been shown to eliminate certain toxins, while others claim that pressure cooking retains more minerals and vitamins than standard boiling or roasting. 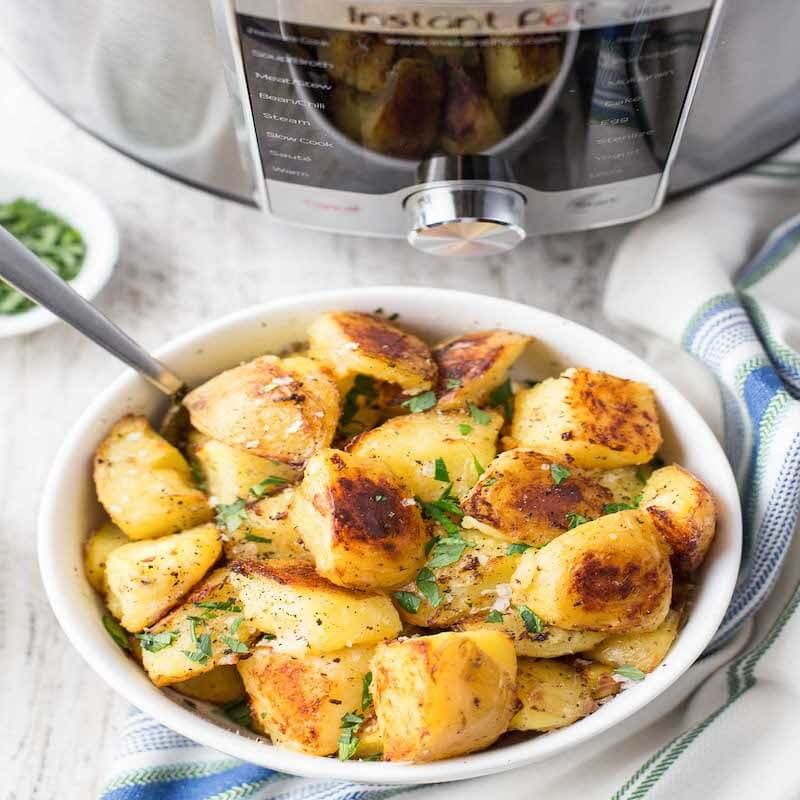 What to Look for in a Good Pressure Cooker

So that's the basic mechanism which underlies most mass-market pressure cookers. But what should you pay attention to when browsing the pressure cooker sale bargains? Here are some issues that should be covered by product listings, and which can make a huge difference to the experience of using a pressure cooker:

When selecting a pressure cooker, those factors should always be on the agenda, but it's also important to know which styles of cooker are likely to crop up on the hotukdeals listings. There aren't that many variations here, but the differences are important, both in terms of features and price: 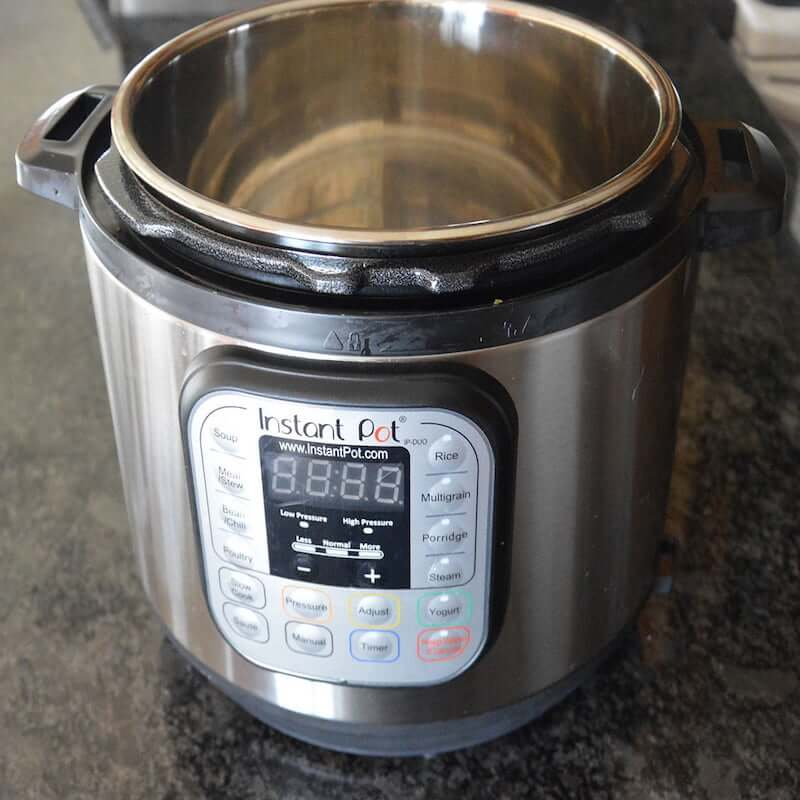 Some of the Best Pressure Cooker Brands to Look For

When checking out pressure cooker sale bargains, don't simply be swayed by price. Pressure cookers are complicated pieces of kit, and quality varies dramatically between different brands. So here are some manufacturers that won't let you down:

Pressure Cooker vs Slow Cookers – Which Is Better?

You might have noticed that a few leading brands offer devices that specifically mix slow cooking and pressure cooking. That's not universal, by any means, but it does make sense.

A slow cooker is essentially a very sedate form of a stovetop cooker. It tends to entail cooking meats, fish, or vegetables in water over a period of 4-6 hours, which allows dishes to reach the perfect consistency, taking on all of the flavour provided by spices, herbs, and stock. This obviously contrasts with pressure cooking, which ratchets up the speed.

The mechanisms involved are similar, so creating 2-in-1 devices hasn't been a huge engineering conundrum. And many customers will appreciate having the choice.

In terms of food quality, it really depends on your personal tastes. Some people adore the taste of lamb or pork cooked slowly, so that the meat drips from the bone. Others (especially vegetarians) won't be too fussed, and will be happy with quickly-prepared nutritious veggie stews or curries.

If you're dead set on picking up a premium pressure cooker, it's sure to enhance your cookery options. But what exactly can these kitchen accessories help chefs achieve? To help you hit the ground running, some popular pressure cooker recipes include: 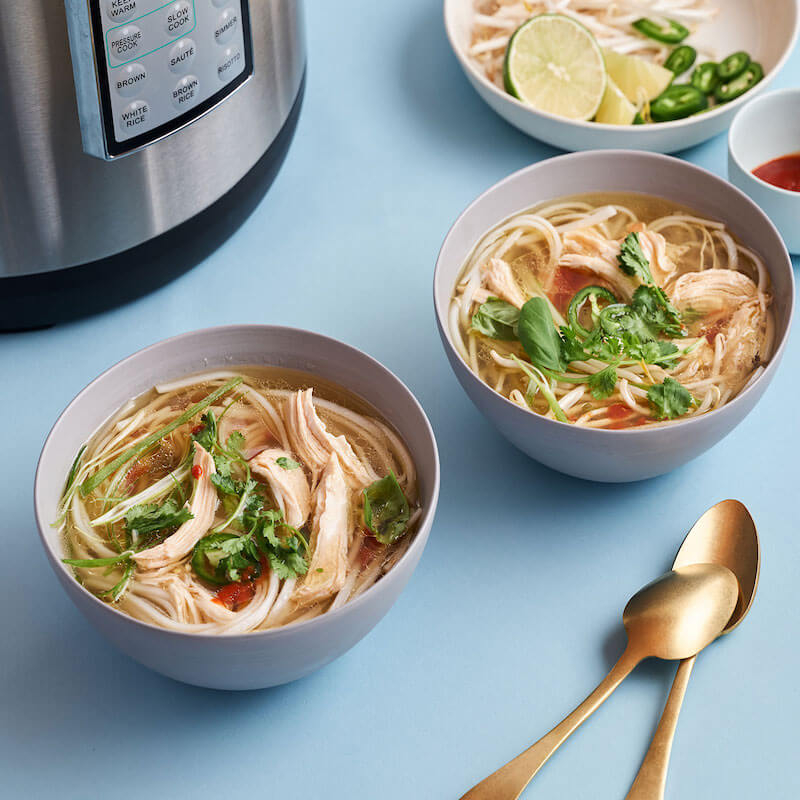 How and When To Find the Best Pressure Cooker Offers

If those recipes have sparked your appetite, or you just fancy expanding your possibilities when it comes to food preparation, adding a pressure cooker to your cabinets is an excellent move. When you do, it's important to choose a leading brand and a model that satisfies your every need – which can entail spending over £100. So saving money makes a big difference, and hotukdeals is the place to do so.

Most of these merchants are included in the hotukdeals pressure cooker listings, which are the first place to look when scouting for kitchen bargains. Our listings include pressure cooker deals for all makes and models, with money off deals, discounts for delivery, and bundle deals featuring cookers along with handy accessories as well. They are updated all the time, providing updates about discounts as soon as they become available, so all cookery fans should keep them in their bookmarks folder.

If you're wondering where to buy a pressure cooker, you'll have plenty of options. Retailers to check out include Argos, Lakeland, Amazon, John Lewis, Robert Dyas, and Wilko, not to mention manufacturers' own websites, such as Morphy Richards.

However, if you really want to find a cheap pressure cooker that ticks all of your boxes, timing a purchase makes a lot of sense. You'll tend to find surges in pressure cooker sales around Black Friday in November, and the New Year sales are always a good time for bargain hunting. So, it may be worth waiting if you absolutely need to get the best deals. But if you just want a pressure cooker right now, and want to find the lowest possible prices, the hotukdeals pressure cooker listings are the place to head.

Enhance Your Kitchen With the Pressure Cookers for Sale at hotukdeals

If you find yourself wasting time in the kitchen waiting for casseroles to complete, or curries to come to fruition, pressure cookers offer an excellent option. With fast cooking times, adaptable settings, very efficient energy ratings, and the chance to cook a huge range of foods, these kitchen devices are a must-have for serious chefs. So pick up a deal from the leading brands at the hotukdeals pressure cooker listings.