All Chocolate Discounts, Offers and Sale - May 2022

I was there this morning, no my eyesight is poor, should have gone to...

Blimey they are very cheap! 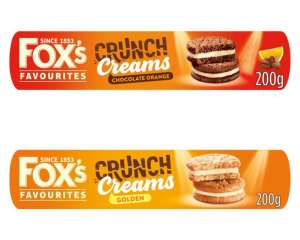 What hapened to the ginger ones?

Orange are good! Are they limited edition? Can never find them in Tesco nor Sainsburys 🤷‍♂️

Heat for Orange flavour but the Golden crunch and Ginger crunch are this price in herons/B&amp;M all year round I buy them all the time (y) 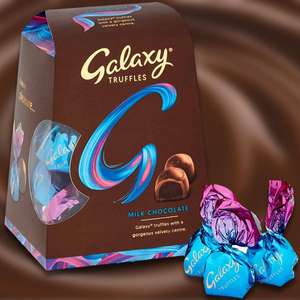 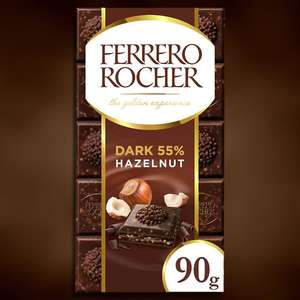 Thanks, Op! Have added a couple of £1 items, to get free del…a bag of choc covered honeycomb, and a couple of flags for Jubilee day! (y)

Didn't think much of them tbh

I prefer the round type. The bar is thin. But that doesn’t stop me finishing a whole bar in one go (cheeky) at £1 a bar that is a bargain price as usually £2 or sometimes when on offer 2 for £3 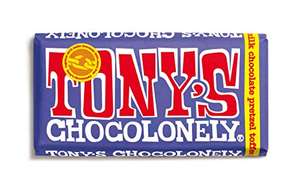 31° Expired
Posted 27th MayPosted 27th May
Tony's Chocolonely Dark Milk Pretzel ToffeeChocolate Bar 180g - £2.33 at Amazon£2.33Amazon Deals
Taken from website: Pretzel? Yummy. Toffee? Yes please. Dark milk chocolate? Say it ain'tso! Put them all together and we have something pretty special on our hands. Our vision is 100% s…

I merged them together but then someone reactivated the individual ones again. Never mind!

I'm guessing a lot of people down voted due to the multiple posts, which is a shame because this chocolate is lovely and this is a good price! 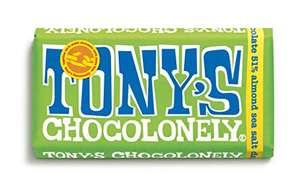 -76° Expired
Posted 27th MayPosted 27th May
Tony's Chocolonely Dark Almond Sea Salt Chocolate Bar 180g - £2.33 at Amazon£2.33Amazon Deals
Taken from website: This dark chocolate bar has got it all: almonds and sea salt. A golden match! Pass the salt please... Our vision is 100% slave-free chocolate, not just our chocolate,…

This is a good deal

Ignorance to the product. Still a good deal heat added

Don't understand the dislike for this deal. If you want this product this is a good price? 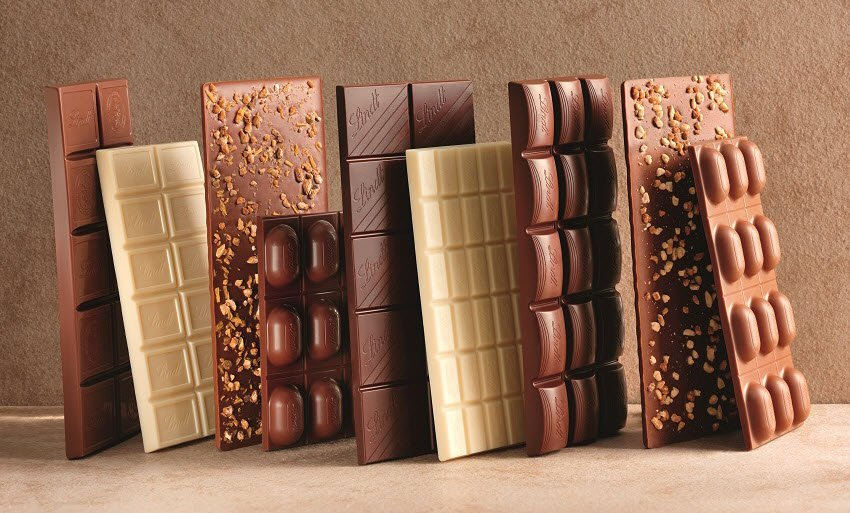 What would the world be like without chocolate? Don’t even think about it. It’s too awful to contemplate, right? In the UK, we adore chocolate. Every year, Britons consume 11.2 kg of chocolate products per capita (a whopping 266 Mars bars!), far more than German of French consumers. Chocolate is a national obsession and a huge variety of foods have emerged to satisfy our unquenchable desire for sweetness.

This buyer’s guide explains everything buyers need to know about the world of chocolate, from party bags of famous brands to boutique, artisan creations. There’s more to the topic than you think, and we also have a few tips for you to buy cheap chocolate.

Everyone Likes it: Chocolate

Chocolate hasn’t been around the western world for all that long. As with the potato or tobacco, chocolate was imported from the New World after the voyages of Columbus. Used for centuries by Aztec and Mayan peoples (as a medicine, mostly), Europeans discovered that it could also be turned into a delicious, stimulating hot drink through the addition of sugar. Before coffee houses in London served coffee, chocolate was the hot drink of choice.

The first chocolate bars took a lot longer to appear. By the 1840s, Dutch food scientists had found ways to change the chemical composition of chocolate, removing cacao fats and pressing out excess fluids. After that, the 19th century saw the rapid expansion of chocolate production, with the introduction of milk chocolate and conching machines which produced an even, reliable result.

By the twentieth century, most of the world’s big chocolate manufacturers were well and truly in business, from Lindt Chocolate and Cadbury’s to Nestle and Hershey. Consumers across the world were being treated to a vast selection of different products and snacking would never be the same again. And when you see Willy Wonka in Charlie and the Chocolate Factory or read the book, you´ll know that this is one of the big topics of human culture.

The Many Different Kinds of Chocolate Products

We’ve come a long way since the invention of the humble chocolate bar. Even in the past 20 years, things have changed in the confectionary world, with products like raw chocolate, chilli-infused bars, muffins and truffles becoming more popular. These days, you can log onto sites like HotUKDeals and find a huge array of chocolate delights at low prices, here are some of the things you can expect to encounter:

Understanding the Difference Between the Types of Chocolate

There are many different ways to cook and serve chocolate treats, but at root there’s a more fundamental division that needs to be understood. That is, the dividing line between milk and dark chocolate.

The most important difference is, as the two names suggest, the addition of milk. In 1875, Henri Nestle and Daniel Peter realised that they could create a smoother, more even chocolate product by adding condensed milk to melted chocolate solids. Since then, the proportion of chocolate in milk chocolate has varied. For example, the EU demands that milk chocolate contain 25% cocoa solids, while the USA demands 10% (hence the taste difference between Lindt milk chocolate and Hershey). Different people have different tastes, but chocolate with a lower cocoa concentration will tend to have more sugar as a result, which may make it less healthy.

Dark chocolate isn’t just milk chocolate without the milk. To create uniform bars, manufacturers need to add fats to raw chocolate (or all you end up with is a form of chocolate drink). To do so, they usually add substances like palm oil, which can be bad for the environment as oil palms tend to be found in recently deforested rainforest zones. However, there’s a major difference in the composition of dark and milk chocolate. To qualify as dark, chocolate needs to have at least 50%, and usually 70% cocoa solids. As the concentration rises, you’ll tend to find that the sweetness recedes and dark chocolate becomes more bitter. For some people, this is a turn-off, but for others, the unique combination of bitterness and sweetness is irresistible.

And what about white chocolate? Isn’t that just milk chocolate with extra milk added until it turns, well, white? Not at all. White chocolate is a very different product. In this case, manufacturers combine sugar, milk and cocoa butter, and dispense with cocoa solids entirely (in fact, for many purists, it isn’t even chocolate). The way it is made reduces the concentration of caffeine and antioxidants in white chocolate as well, making it potentially less healthy than other types. Then again, the skill of chocolatiers means that it can be turned into some incredible shapes and products, and family favourites like Milky Bars and White Toblerones remain as popular as ever. 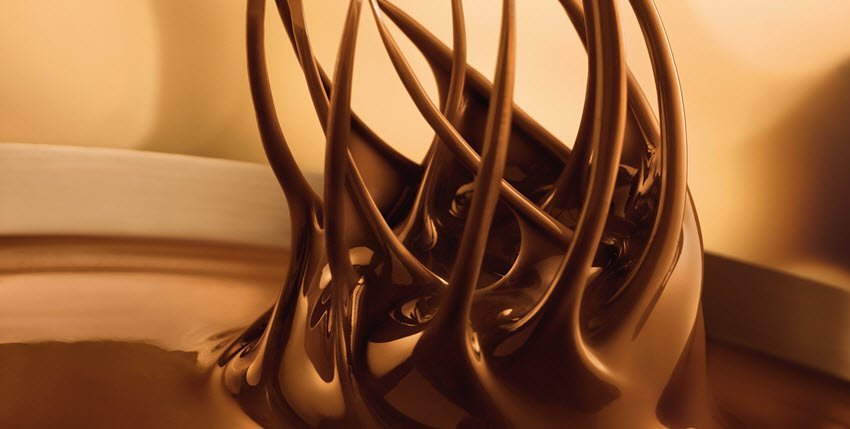 Say it With Chocolate: A Guide for Gift Givers

Few products lend themselves to gift giving as well as chocolate, something that chocolate manufacturers have realised from the start. However, in the UK the association between chocolate and romance really dates back to the 1970s, when Cadbury Milk Tray was advertised with an amorous theme.

These days, when you search online you’ll discover a huge array of chocolate gift-giving opportunities. Examples of brands that specialise in romantic or family chocolate gifts include:

That’s just a small selection of the HotUKDeals merchants who offer high-class chocolate gift ideas. Shop around, as all of the UK’s biggest supermarkets will have their own ideas, and there are always mainstays like Roses and Quality Street to fall back on as well. 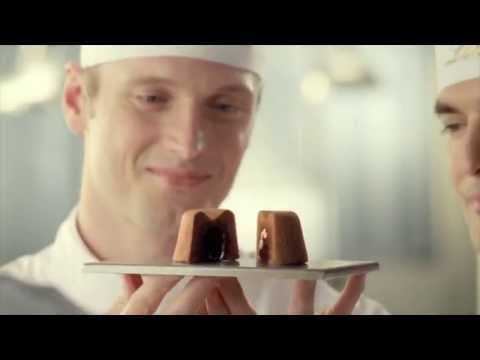 Nutritional Information - Is Chocolate Good For You?

In recent years, scientists have come up with some intriguing findings regarding the health benefits of chocolate. Before their work became known, it was fair to assume that, while chocolates were delicious and satisfying, they probably wouldn’t do much to extend your lifespan. However, things are changing.

Dark chocolate in particular has been associated with some remarkable benefits. For one thing, chocolate with more than 50% cocoa solids is known to be high in antioxidants – substances that help to protect against cancer (and are thought to help ward off ageing as well).

Not only that, but dark chocolate has high concentrations of the vitamins and minerals we need, including copper, manganese, iron, potassium and magnesium. Flavanols are another benefit, helping to reduce blood pressure, chocolate is thought to reduce the level of harmful HDL cholesterol and potentially even aiding brain function.

So, it looks as though dark chocolate is indeed good for you. Obviously, eating large quantities isn’t recommended, with a high-calorie content and (often) plenty of sugar. But a little dark chocolate every day can be part of a healthy diet.

Unfortunately, things aren’t so clear for milk or white chocolate, but there are some encouraging signs. For example, one journal reported that eating 100g of milk chocolate per day is associated with a decreased risk of death from strokes or heart attacks.

The truth is probably complex (and don’t expect that eating five Mars bars a day is the key to eternal life), but it does seem that the Aztecs were onto something when they used chocolate as a stimulant and a medicine.

So far, we’ve talked about solid chocolate, but hot chocolate is also coming back into vogue, with a number of artisan producers offering dark chocolate powders as an alternative to tea and coffee.

Take Hotel Chocolat, for example. One of their most famous products is Death by Hot Chocolate, which comes in an appealing old-style apothecaries jar, containing flakes of white and dark chocolate and pieces of marshmallow. When mixed together, this blend creates an intense hit of chocolate taste – the ideal pick me up in the morning. 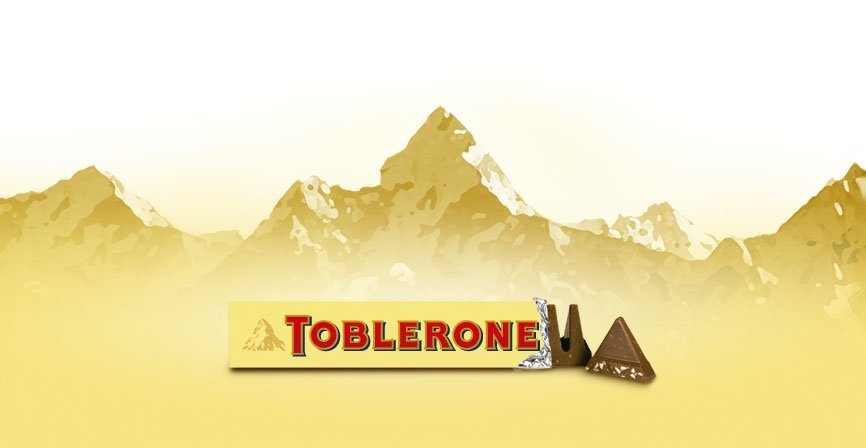 The choice of chocolate drinks has expanded exponentially in recent years, and there’s seemingly a variety for everyone’s tastes. However, the most popular brands continue to be old favourites like Cadbury and the supermarkets’ own varieties. Shop around, and you’ll no doubt find huge savings on artisan and big-brand hot chocolate.

If you have a soft spot for chocolate, it can become an expensive habit, which is why the vast amount of chocolate offers at HotUKDeals is so handy. Every day, our members post up the latest chocolate deals from merchants like Waitrose, Tesco, Sainsbury’s, Morrison’s, Marks & Spencer, Hotel Chocolat, Thornton’s and Asda.

You’ll find the latest artisan brands and established names like Terry’s or Toblerone. Just search for your favourite products and take advantage of whatever deals are being offered at the present moment. They could be in-store deals or voucher codes for online purchases, and the selection is constantly changing, so check regularly.

If you are a chocolate addict, you may also want to think about timing your purchases wisely. Chocolate deals tend to spike soon after major events like Christmas, Easter or Valentine’s Day (although there will always be some generous romantic promotional deals as well). Keep an eye out for retailers trying to sell their excess confectionary and pounce when the deals are posted.

Chocolate comes in many forms, from big Cadbury bars to delicate, hand-crafted artisan truffles – and all of the many types can be found at the HotUKDeals chocolate listings. Bookmark our listings and take advantage of a wide range of offers from the UK’s most popular chocolate retailers.