All Fallout Discounts, Offers and Sale - May 2022 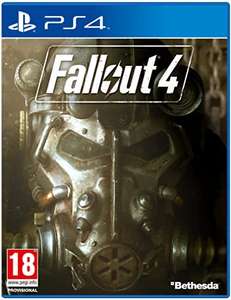 628°
Posted 6th MayPosted 6th May
Fallout 4 (PS4) preowned £1 instore/ £2.95 delivered @ CEX£1CeX Deals
Pretty good price for an RPG like this. Seems to be plenty of stock everywhere. Hope it helps someone out Info added by pirate1 Bethesda Game Studios, the award-winning creators of Fallo…

Only via a PS5

Still one of the best! 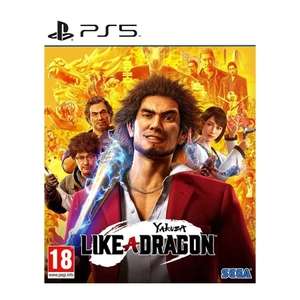 My bad lol. 5% isn't doing GC any favours tho. Games still 50 and that

Is that The Game Collection Website? price looks different 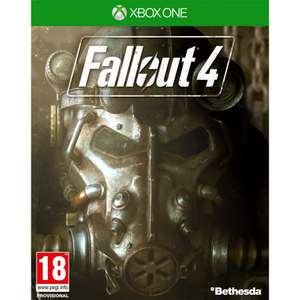 Spent £20 on this and Skyrim (both goty) and I thought I got a bargain! Fabulous price

I wish I paid more.

I couldn't get into it found it really dated like the shooting etc. Loved Fallout 3 and new Vegas tho

This is the disc version of Fallout 4 so you won't be able to play it on the Series S, this comes with a free download of Fallout 3 though so that will be playable.

It says something about the new games that are coming out when you find yourself going back to a game that was released in 2015 for another go over and over again, like I do with this. 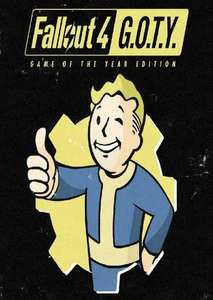 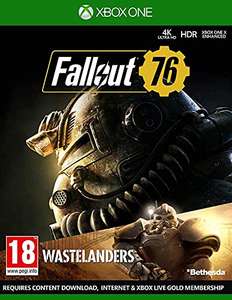 189° Expired
Posted 9th MarPosted 9th Mar
Fallout 76 + Wastelanders [Xbox One] £4.47 delivered @ Ravewares£4.47 Free P&P FreeRarewaves Deals
Do you have what it takes to survive? It’s twenty-five years after the nuclear-war caused mass destruction to West Virginia, leaving no hope for survival. However, you and your fellow Vaul…

Yes. The creating elements are first introduced in Fallout 4. I would definitely play that before 76.

Thanks but I'm not anti-social but non social, don't mean to be pedantic but there is a significant difference. I've played and do play online but with Fallout I like to play solo. Base building I'm not familiar with. In this you can build bases?

Fallout 76 allows you to be antisocial if you prefer. Less to do than the offline games though. The base building part is quite enjoyable though.

Will give 4 ago. I don't really like online play either. I'm the Lone Wanderer. :D

I'd recommend Fallout 4 first, often you can get the GOTY cheap too if you're after the extra DLCs. I've put endless hours into 4 but couldn't get into 76 simply because I don't love online play - I like to be able to pause, heal myself with 100 wheels of cheese, then carry on. 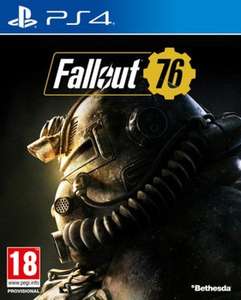 Yes it is you can play solo even in a group. But there are a few benefits of being in a group . The game has improved a lot since it was launched

Buy 3 and use them as the “three shells”

Yes I think it is

Is this an 'online' game ? only . Thanks

Fallout first appeared in 1997 and is a role-playing game for PC, PlayStation and Xbox systems. Set in a post-nuclear wasteland, it involves a wide range of different factions and characters, and is famous for its unique 1950s-style look and atmosphere. With its blend of 1950s and 60s music, cultural references and witty dialogue, Fallout comes as close as any game has to creating a sci-fi work of art.

This buyer's guide will introduce the various Fallout titles and help fans and novices alike find the best Fallout prices.

Fallout arrived for the PC and Apples Mac in 1997, and instantly became an adventure classic. The first two titles were 2D top-down RPGs, where players navigated the aftermath of a nuclear war, seeking to help communities and individuals survive against the odds.

With Fallout 3 in 2008, the series took a step forward graphically by entering the 3D age, and things have developed still further thanks to Fallout: Las Vegas (in 2009) and Fallout 4 (in 2015). Since the release of the most recent Fallout title, gamers have been treated to plenty of downloadable content, helping to extend the gameplay indefinitely.

A Quick Summary of the Fallout Back Story

Fallout has one of the most creative narratives in computer game history, which is one of the greatest things about the series. It all begins after World War II, in a universe where much of post-war technology is never invented. Nuclear weapons remain, but in Fallout's world there are no transistors to create microchips, and hence no computers. Everything stays locked in a 1950s dream world atmosphere, but with some nasty twists.

In Fallout's America, nuclear powered cars are developed, as well as exotic atomic powered ray guns. Society becomes fearful and governed in 13 separate states known as Commonwealths where fascist-style rulers hold sway. With the whole world locked in stasis, energy conflicts become extreme, leading to a Great War in the year 2077, where nuclear weapons turn what used to be the USA into a post-apocalyptic husk. That's where you step in.

Before the war, governments around the USA had created Vaults, self-contained communities which could be used to repopulate the country. But these often became corrupted, and as you explore the Fallout universe, you'll discover some unpleasant consequences of their construction.

Most of the country is covered by the Wasteland, however. After the war, several factions developed to control this zone, from ex-military anti-mutant authoritarians, to religious sects, desert dwelling hippie warriors and Las Vegas gangsters to bands of mutants. But above all, the Institute developed: a group of scientists who try to help, fail, then seek to experiment and control the Wastelanders. They become a central part of the game in the latest game, Fallout 4.

The first game sees you taking the role of the Vault Dweller as he tries to help his vault community survive. In the second game, you become the Chosen One. Set 80 years after Fallout, the sequel see you battling to save a village called Arroyo from multiple threats.

Fallout 3 sees players becoming the Lone Wanderer, seeking his father in the Wasteland equivalent of Washington D.C. Fallout: New Vegas then moves the action to a completely new set of characters in the Mojave Desert, while Fallout 4 moved back to the central narrative, introducing the Sole Survivor who emerges from a Vault 210 years after the original nuclear war. How Does the Gameplay in Fallout Work?

Classed as an action role playing game Fallout has always been a hybrid, calling for strategy and action playing skills. For instance, the latest version requires you to manage your armour, build bases, engage on dialogue with other characters, customise weapons and much more. In fact, one of the game's strongest suits is its weapon creation system, which features 700 variations, and is great fun to play around with.

Players also have access to the Pip Boy - a wrist mounted personal computer which helps you manage your locations, inventory and skills (as well as playing a few games via cartridges).

When it comes to fighting, Fallout uses a system known as VATS, which slows down combat Matrix-style, allowing players to view the action from multiple angles to plan their attacks.

As with all Fallout titles, character management is crucial too. The franchise uses a system called SPECIAL (which stands for strength, perception, endurance, charisma, intelligence, ability and luck). All of these attributes can be improved and may prove crucial in your various challenges.

Finally, there are companions. Sometimes vital to completing certain tasks, companions have been designed to have minds of their own, and may refuse to follow if you act badly. Some have skills like crafts or hacking, while others are a help in combat. All of them have quirky characters and are happy to engage in conversation.

Titles in the Fallout Collection

Since the first game was launched, Fallout has amassed a collection of excellent games, and it's well worth exploring all of them if you have the chance. Here's a quick introduction to the titles on offer: 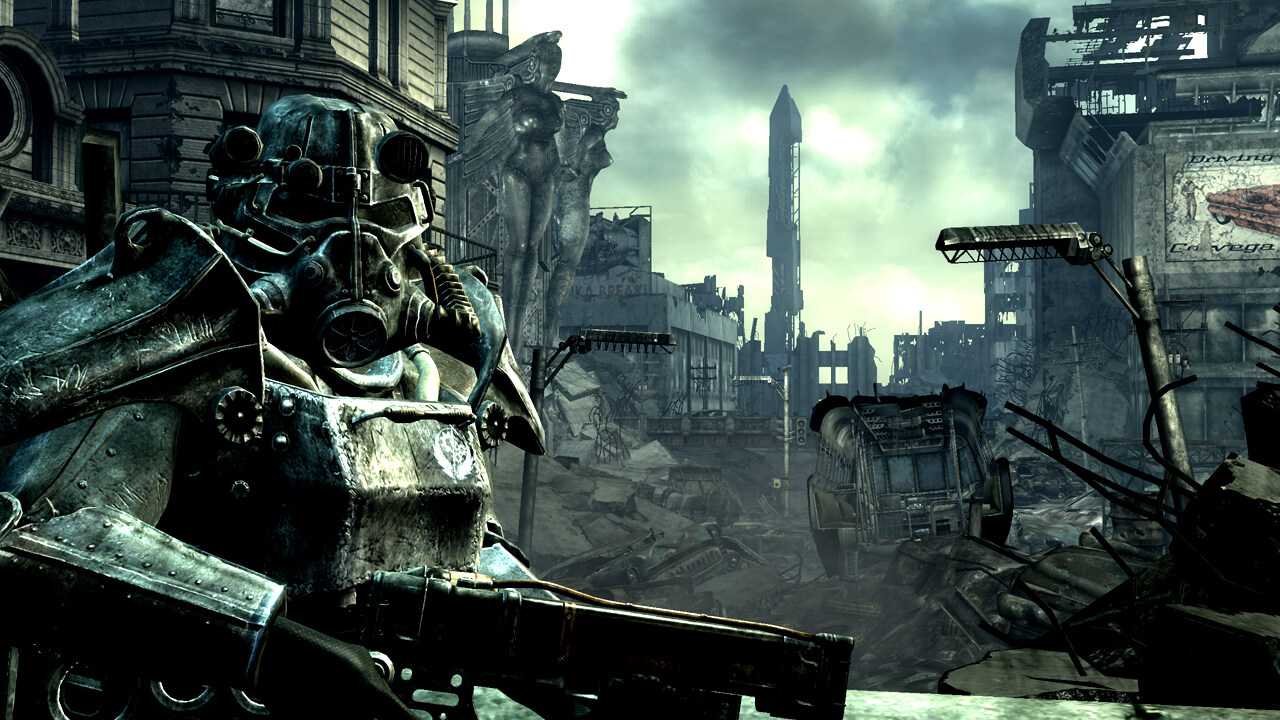 Is There any Fallout Merchandise on the Market?

Yes, there's plenty! Since the very first game, Fallout's 1950s post-apocalyptic setting has lent itself to quirky merchandise and fans have plenty of options to choose from. Here are just some of the most popular items to add to your Fallout collection: 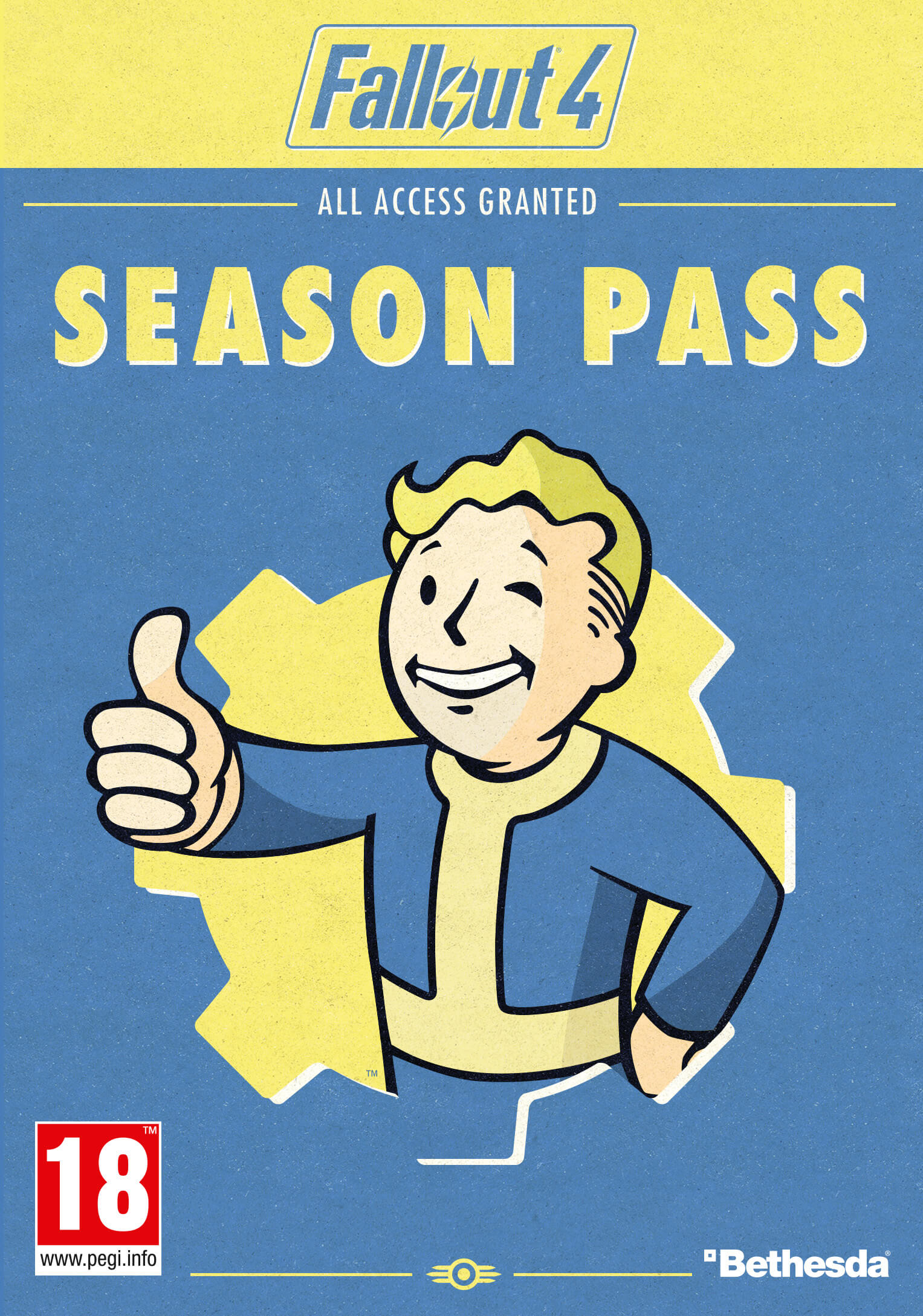 Are Fallout Season Passes Worth the Money?

When playing Fallout 4 on Steam, gamers can enhance the action no end by purchasing what are called “season passes.” The idea behind these passes is to complement the core gameplay, and gamers aren't required to purchase one to continue playing the main game. Bethesda introduced them to raise money to develop further features in between titles, so some of the cash you spend on them will eventually translate into extra features further down the line.

When you buy a season pass, you'll gain access to extra maps and weapons (see below). These add-ons can be bought separately if you wish. Buying one or two will probably work out cheaper than a season pass, but if you know you'll need them all, the season pass is a much, much more cost effective option.

Not everyone needs Fallout's add-ons. If you just want to follow the main quests, there's no need. But if you've completed the game and you're hungry for more action, they are essential. You should also be able to find cheap Fallout season passes at hotukdeals merchants like Smyths and GAME, so hunt around for the best deal. 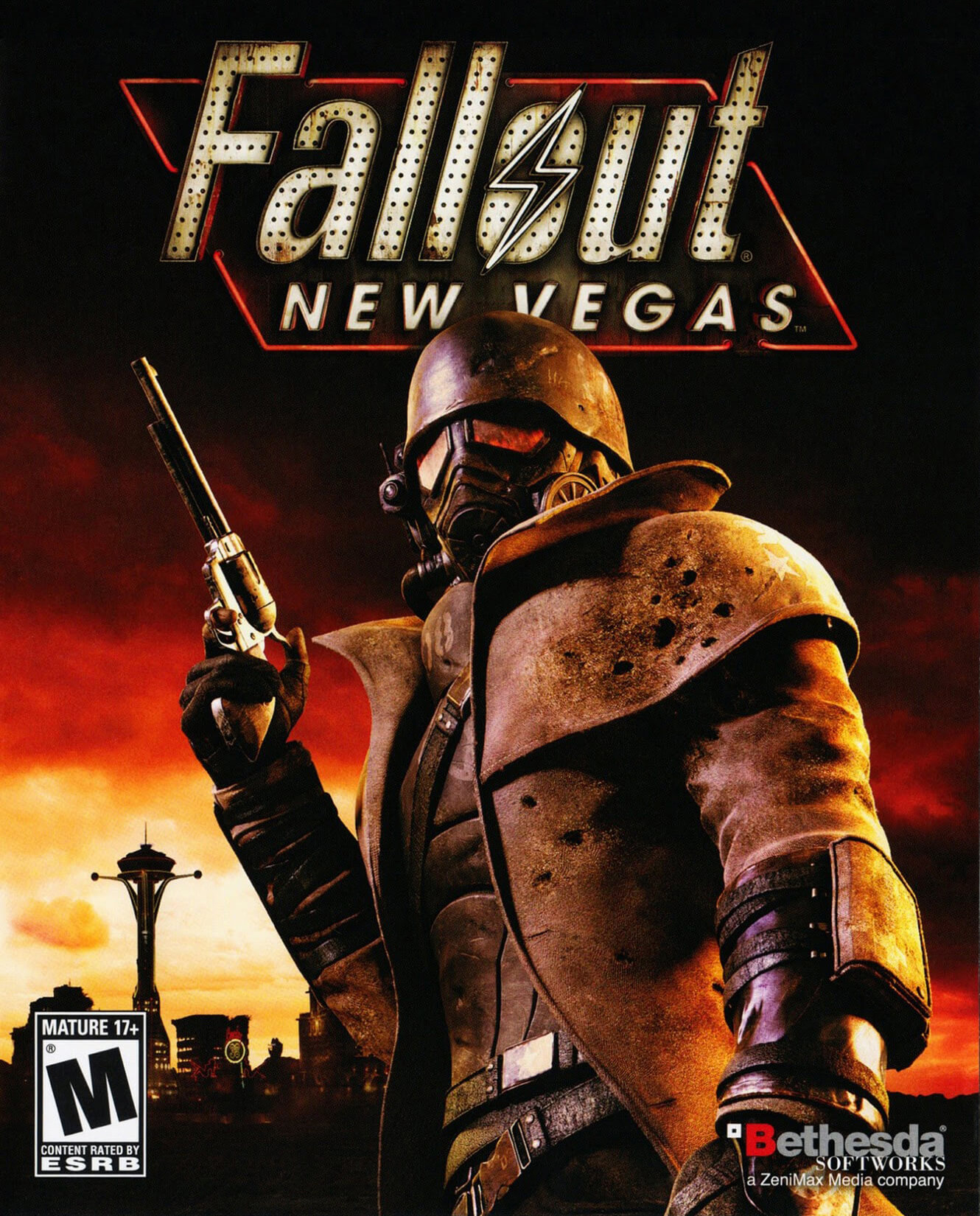 What About Fallout Mods and Add-Ons?

As mentioned above, season passes allow Fallout 4 players to enhance their gameplay, but exactly what enhancements are available?

All of these add-ons except for Sim Settlements come in the form of DLCs, which stands for downloadable content and you can find them at Steam. 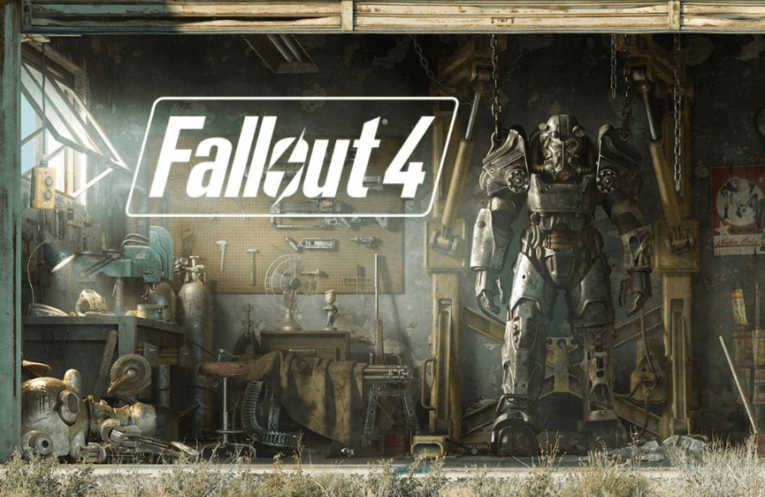 How to Find the Cheapest Fallout Price

There's no doubting the quality of Fallout 4, but if you don't have it already, what is the best way to make a purchase?

The answer to that is fairly simple. It's now over two years since Fallout 4 was released, so the PS4, Xbox One and PC versions are now available at big discounts. Don't just settle for the first price you see. Instead, shop at places like GAME and Amazon, where pre-owned and new titles are regularly slashed in price. You can get the latest information about Fallout 4 deals by checking in with hotukdeals.

However, stop for a moment before buying the physical version. It might be better to pay for a digital download via Steam. Merchants like Amazon regularly offer savings on Fallout 4 and season passes or DLC modules, so it's often the best way to purchase if you are on a budget.

If you are buying the game as a gift, coupling merchandise purchases and the game itself could be a neat idea. Many retailers have cottoned onto this concept, with combination deals on offer. Have a look at hotukdeals to see what GAME, ShopTo, Very, Tesco or Smyths are offering.

And, if you want to try the older Fallout titles, check out the current crop of Steam deals. You may find vouchers for credit or specific Fallout deals that will let you try the first four titles before moving onto Fallout 4.

Finally, shop at the right time of year for even better value. Fallout merchandise, DLC and the game itself will usually be discounted heavily come Black Friday, while from the experience of previous years, the Amazon Prime Day may also feature some offers worth checking out.

Experience one of Gaming's Greatest Franchises at the Best Price: The hotukdeals Fallout Offers

Fallout is an epic gaming experience. Its retro-science fiction style is unique in the gaming world, creating a universe that is familiar and strange at the same time – as well as being great fun to explore. Try all of the Fallout titles on Steam or purchase Fallout 4 and merchandise. Whatever you need, you'll find it for less at the Fallout hotukdeals listings.