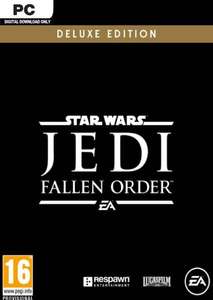 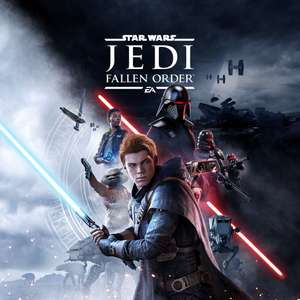 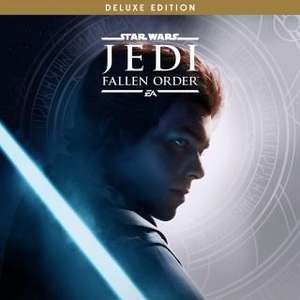 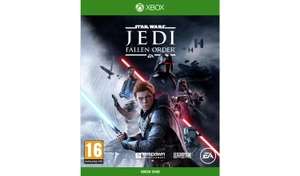 1243° Expired
Posted 14th JulPosted 14th Jul
Star Wars Jedi: Fallen Order Xbox One £5.99 (Free Collection) @ Argos£5.99Argos Deals
As a former Padawan on the run from the Empire, you must complete your training before Imperial Inquisitors discover your plan to revive the Jedi Order. Aided by a former Jedi Knight, a cant… 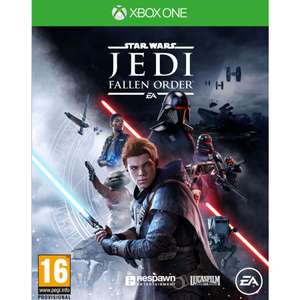 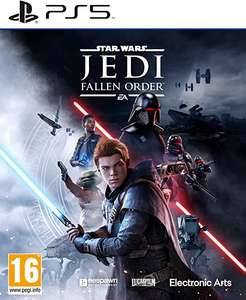 Star Wars Jedi: Fallen Order - A Disturbance in the Force

Star Wars Jedi Fallen Order is the latest instalment in the video game version of the Star Wars universe, and arrived in late 2019 for Xbox One, PC, and PS4. It doesn't deal with the adventures of familiar Star Wars characters like Obi Wan, Luke, or Hans Solo. Instead, it sees players taking the role of a “padawan” Jedi after the end of Episode 3: Revenge of the Sith – but before a New Hope. The game is an action RPG, with heavy platforming and fighting elements, a little like Dark Souls crossed with Metroid. So it should be familiar straight away to most gaming fans.

Jedi Fallen Order was developed by Respawn for Electronic Arts, and has been rumoured to be imminent since CES2018. Unveiled for real in November 2019, it coincides with a new Star Wars movie, and offers a whole new series of adventures for budding Jedis to explore. 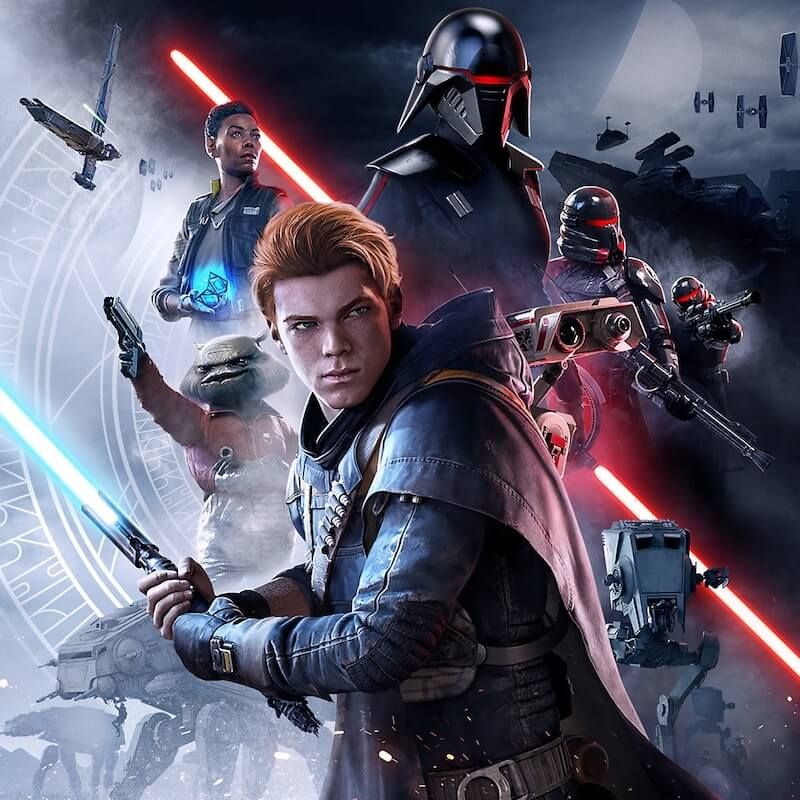 All of this should be familiar if you've played games like Dark Souls, Tomb Raider, or Death Stranding (not to mention earlier Star Wars games like Dark Forces, or Nintendo's classic Metroid series). Most of the action in Jedi Fallen Order revolves around planet-scale levels, where Cal needs to penetrate a vault or dungeon style environment to reach a predefined goal or discover an essential item. And the storyline is propelled via non-player characters, so you shouldn't feel confused about why new challenges present themselves. This isn't an open world RPG, in case you were wondering. Instead, Respawn have decided to keep things more intimate and story-driven. And it's not a multiplayer epic, either. In Fallen Order, it's a case of you against the Empire, with no scope to show off your lightsaber skills to other human players. 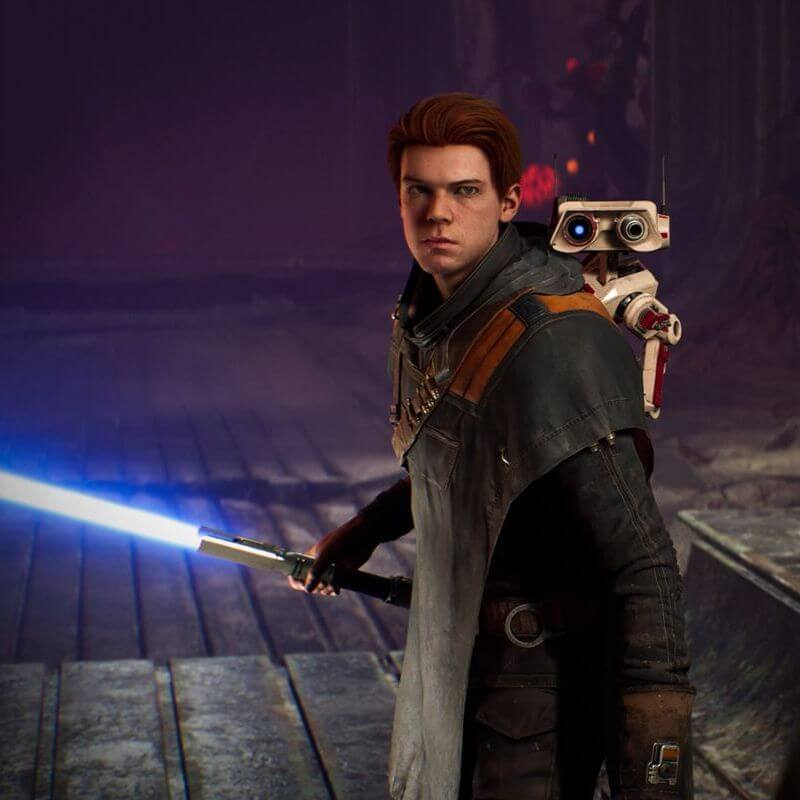 Those are the specifications recommended by Respawn and EA themselves. It's worth bearing in mind that some reviewers have reported glitchy performance with medium-range specs, so players who want a seamless experience will want to take those specs as a baseline. However, if you aren't too worried about a few jerky moments here and there, it is possible to play Jedi Fallen Order on less powerful machines. The minimum specs suggest that the game will run on PCs with Intel Core i3-3220 or AMD FX-6100 processors, NVIDIA GeForece GTX 650 or AMD Radeon HD 7750 GPUs, and 8GB RAM.

It's important to note that Jedi Fallen Order's gaming experience can vary a lot between different games consoles and PCs.

PS4 Pro players have reported game freezes an graphical glitches, which are less common on the Xbox One X. PC experiences heavily depend on the kind of system you have – the more powerful the better. However, console patches were announced soon after release, and the way modern games are made should ensure that graphics issues are ironed out fairly quickly. Even so, it seems like the game is slightly less impressive on console than PCs.

Are There any Add-Ons to Buy with Star Wars Jedi Fallen Order? 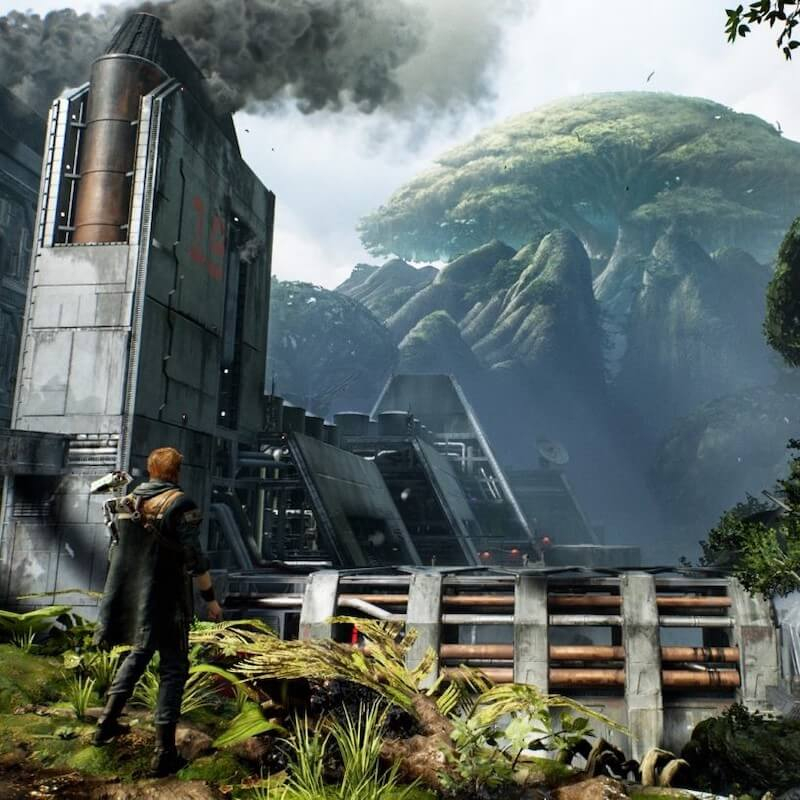 Firstly, let's check out some feedback on the Star Wars Jedi Fallen Order PC version. Tech Radar gave the game 3.5/5, and was broadly positive, complimenting the combat system, and the way it fits into the Star Wars narrative. But the magazine wasn't so keen on the slow pacing, uninspiring main character, and linear pathway. PC Gamer had a similar response. To the veteran gaming magazine, Fallen Order was “a good game that's definitely worth playing” but a little too simplistic for dedicated gamers to get their teeth into.

And what about the PS4 and Xbox versions? The Star Wars Jedi Fallen Order PS4 edition attracted a similar response to the PC. For RPGSite, the graphics were “stunning across the board” and the puzzles were easy enough for everyone to enjoy. Giant Bomb was less positive, noting major bugs and some empty stretches that ruined the game's flow. Finally, the Xbox Version has been put through its paces by Slant, which gave it 8/10 and suggested that the story had plenty of emotional depth. So the broad consensus here is that Jedi Fallen Order is an enjoyable experience. It's not the hardest game ever, or the most complex, but what it does, it does well.

How to Guide: Getting to Know Jedi Fallen Order 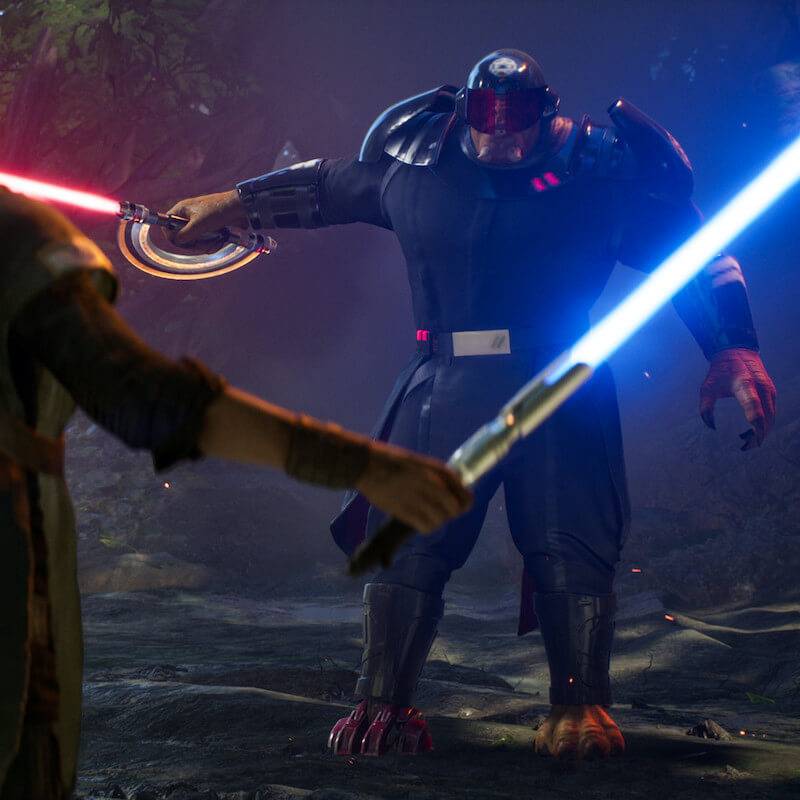 Now that the editions are better understood, we can talk about the most important issue: finding the a Star Wars Jedi Fallen Order best price from UK-based retailers.

One place to head for low prices could be the Epic Games online store. This is the main retail location for both editions, so everything's here (although not always at the cheapest prices). One major advantage of shopping with Epic is the chance to obtain the Storm Trooper Fortnite Outfit with every Fallen Order purchase. This bonus comes with all digital orders, so if you're a fan of Fortnite and the Force, it's well worth considering.

However, many deal hunters will want to look elsewhere. As usual with Xbox, PS4, and PC video games, shopping around is the key. There are plenty of potential sellers on and off-line, and it makes sense to take them all into consideration.

hotukdeals make it easy to do so. Our listings include all of the latest Star Wars Jedi Fallen Order reductions, from digital download specialists like CDKeys and traditional gaming merchants like GAME or Smyths. If the game is discounted at Tesco, Amazon, Currys PC World, Base.com, or even John Lewis, you'll find the details at our listings, with feedback from other customers and easy to follow instructions about how to make a purchase.

You may also see bundle deals for consoles and the game itself. If you need to upgrade your gaming system, these deals could represent the best of both worlds, saving money on Fallen Order and a PS4 Pro or Xbox One X. And it's also important to note that sale periods can deliver even bigger reductions. Black Friday and Cyber Monday, the New Year sales, and Amazon Prime Day in the middle of summer all tend to be good times for bargain hunting. And whenever they come around, hotukdeals will be the place to shop.

Star Wars has produced some great games, and not-so-great games over the years, but Star Wars Jedi Fallen Order is up there among the best. Offering new canon adventures and characters, this is an all-action, very accessible exploration game with RPG elements. And it's a blast from start to finish. Budding Jedis can find out for themselves without paying over the odds, because Star Wars Jedi Fallen Order offers can always be found at hotukdeals.