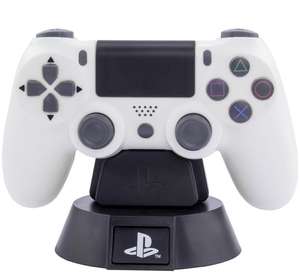 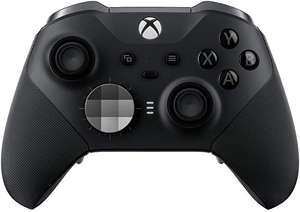 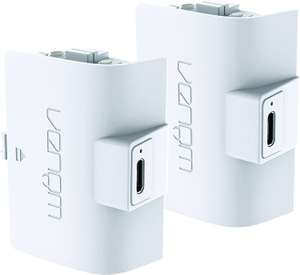 67° Expired
Posted 4th JunPosted 4th JunLocalLocal
Venom White Battery Packs for Series S or X Controllers - £3 @ B&M, Airdrie£3£757% offB&M Deals
Seen these chargers in B&M Airdrie for £3 reduced from £7. Was a bit dubious but got them home and they fitted the Series S controller. 2 Battery packs in the box and a 3 mtr long USB C… 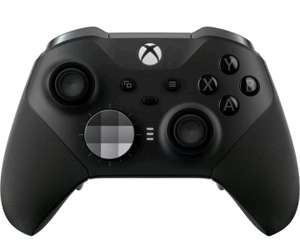 275° Expired
Posted 14th MayPosted 14th May
XBOX Elite Series 2 Wireless Controller - Black Refurbished £69.99 with code @ eBay tattyboxsupplies£69.69 Free P&P FreeeBay Deals
Get deal*Get deal*
Description Product has been tested and graded and it is in Very Good Condition, in full working order with all accessories. Product will show minor signs of use. Packaging will have some co… 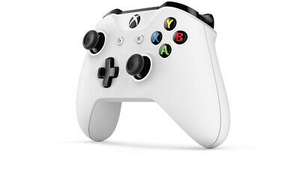 Xbox Controller: Wireless Controllers for Xbox One and Xbox 360

Console gaming systems are nothing without the right control. Think of the classic systems of the past, from the chunky Nintendo Entertainment Systems to bat shaped Sega Megadrive joypads. And Microsoft's Xbox series is no exception. In fact, the Xbox series may well boast the best-designed, most effective gaming controller ever made.

And don't assume this is just for gamers. Xbox controllers can be used for much more than Red Dead Redemption 2. Microsoft have designed their joypads to be adaptable tools for use with all sorts of appliances. So whether you're hunting for a new gamepad, or a versatile remote, read on. This hotukdeals Xbox controller buyer's guide will provide everything you need to know. 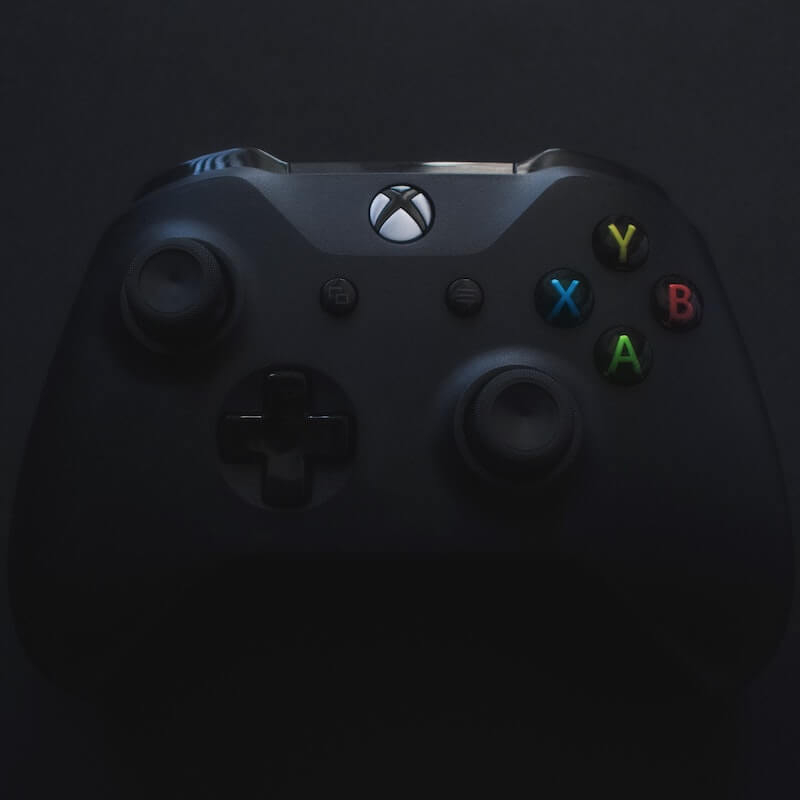 A History of Xbox Controllers

The physical look of Xbox controllers hasn't changed much over the years. When the first Xbox was released way back in 2001, it kick-started an aesthetic that hasn't budged a great deal. Pure black matte plastic, combined with iconic blue, yellow, red and green buttons, the D-pad, and a pair of thumbsticks, creating an instantly playable layout that lent itself to hit titles like Halo or Forza.

2005 saw an upgrade for the initial controller when the Xbox 360 landed, adding the “ring of light” around the Xbox logo, which let users know when the controller was connecting to the console or online services.

Then the Xbox One arrived in 2013, along with its own iteration of the classic joypad. Boasting 40 improvements, the One's controller looked fairly similar to its ancestors, adding much more sensitivity and navigational abilities on the Xbox's various menus.

The One's controller also connected seamlessly with the Xbox Kinect, an innovative motion capture based controller that actually became the world's fastest selling electronic device ever. But even the Kinect has been superseded, with a slimline, voice-activated update now available for the Xbox One X console. 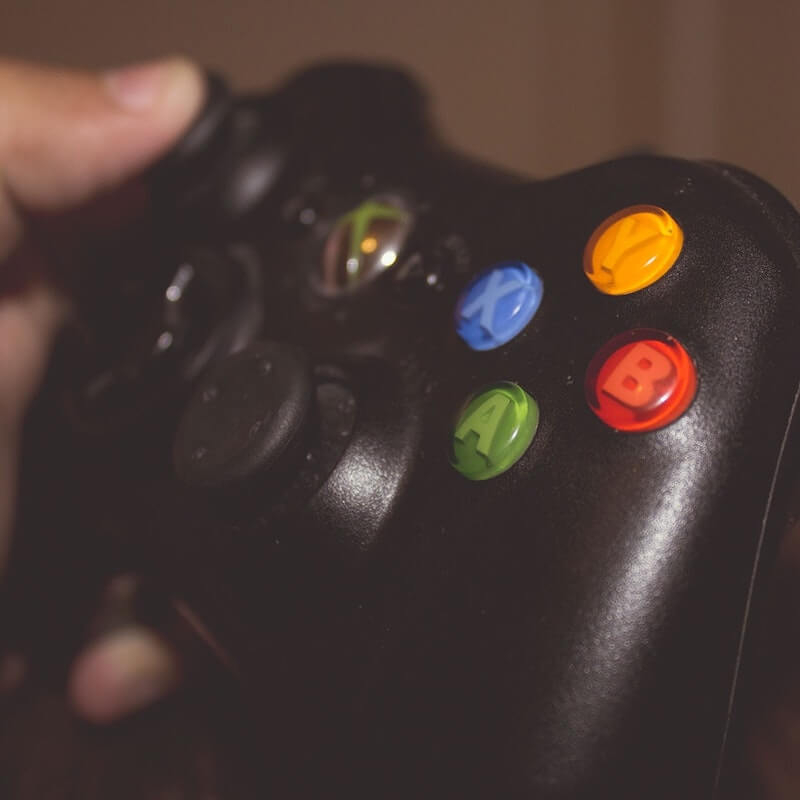 The controller for the Xbox One X is much more than just a joypad, although for sure, it has the same array of buttons, directional pad and analogue thumbsticks gamers are used to. So it's perfectly set up for traditional arcade gaming. But it's gone way beyond the standard arcade format as well: 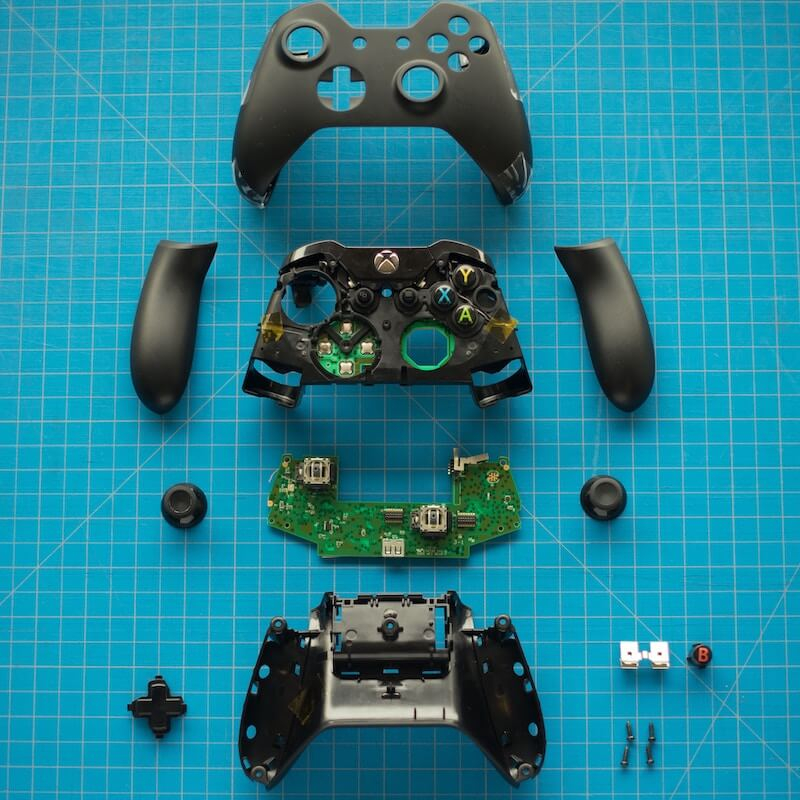 Can You Customise an Xbox controller?

You bet. Thanks to the Xbox Design Lab, newer controllers can be customised by the user, adding a wide range of colours. Have a controller branded with your favourite gaming characters or NFL team, gather inspiration from the community gallery, or dive into the Design Lab, where Microsoft promise the ability to choose over 1 billion colour combinations. That's something no other controllers have ever offered.

The Design Lab is a great tool for creating personalised gaming gifts. But some people would say that it doesn't represent true customisation. However, there are ways to mould your controller into a unique gaming weapon. As we'll see, some controllers offer programmable features. But, more interestingly, some manufacturers let you build your own controller, adding paddles, triggers, grips, and all sorts of extra add-ons.

If you go down the customisation route, be aware that not all games are compatible with custom-built pads, although plenty of major games like Call of Duty, Borderlands, and Bioshock Infinite are. If you take your Battle Royales, like PlayerUnknown's Battlegrounds, Fortnite or Apex Legends, or even death matches seriously, why not give yourself the tools you need to take on all comers? 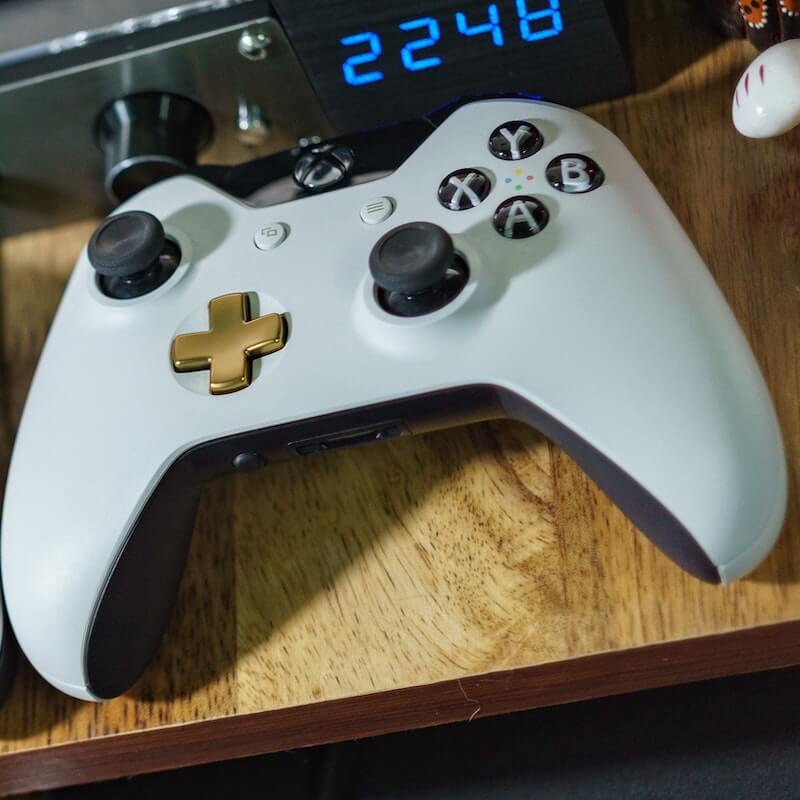 What Can You Do With an Xbox Controller?

Obviously, the major purpose of Xbox controllers is to give gamers maximum control and comfort when they take on Xbox titles. But that's not the only role Microsoft had in mind when designing the One's classic gamepad. There are also plenty of other applications to think about.

For example, Xbox controllers can be used as TV remote controls in many situations. If your TV comes from LG, Panasonic, Samsung, Sharp, Sony, Toshiba or VIZIO, you can use the “Device Control” option on the Xbox menu, then “Send Command” to sync up your console and TV. This should put your controller in the cockpit when changing channels and adjusting volume, a really convenient solution in many cases.

Xbox controllers can also be used on PCs for gaming. That's probably not a huge surprise, seeing as the controller was developed by the creators of Windows, but it's something that is often overlooked. Setting it up couldn't really be easier. In most instances, you can just plug the controller into your PC's USB port, and the drivers will automatically download.

However, if you intend to use a wire-free Xbox controller, be aware that you may need to purchase a special adapter. This plugs into your PC's USB port, and should connect with the pad automatically.

How Do You Add an Extra Xbox Controller To Your Setup?

While PC gaming and TV remotes are excellent uses for Xbox controllers, the most common reason for buying one is as a second controller. When you buy Xbox bundles, the chances are you'll receive a single gamepad, but many people need more than that.

Thankfully, adding extra controllers to Xbox consoles is extremely easy. So don't hesitate if you want to add to your controller collection. Just switch on the One console, make sure your joypad contains batteries, turn on the controller, and then press the “Connect” button (with the Xbox logo). That sends a signal to the console that an extra controller is in the area, and the two devices will pair up automatically.

The process is the same for all Xbox-ready devices. If the Xbox logo button is there, you can pair up controllers and consoles in seconds.

When it comes to Xbox controllers, one size doesn't fit all. Whatever console you use, you'll come across a variety of joypads at hotukdeals merchants, and it's important to choose the right one for your needs. Firstly, it's vital to pick a controller that suits your console, and here are some pointers. 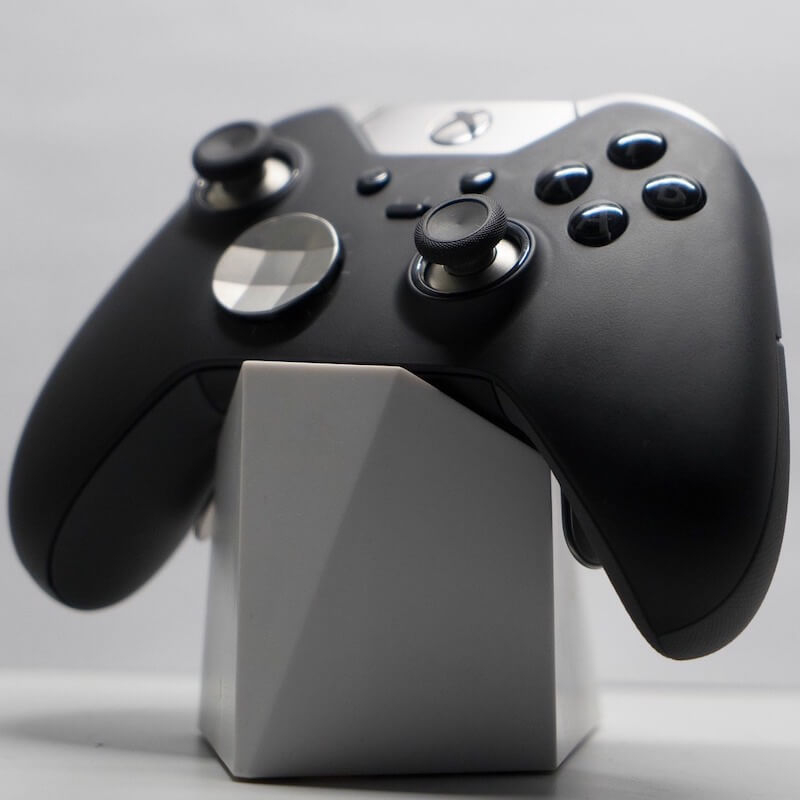 What About Other Types of Xbox Controller? Going Beyond Joypads

Until now, we've looked at the classic Xbox controller and some third party or premium alternatives. And they're great options for most games, but that's not the whole story. Gamepads are just one way to control Xbox consoles, and buyers might want to have a look at some of these alternatives.

What About Xbox Controller Add-Ons and Accessories?

Controllers don't exist in a vacuum. They need to be connected and charged, and they can be enhanced by some pretty cheap add-ons.

For example, if your current device is struggling, you don't necessarily have to buy a totally new controller. It's also possible to enhance existing pads with add-ons like new thumbsticks and grips. So if your controls have worn down, you might be able to rejuvenate your gamepad on the cheap.

If you need to charge multiple Xbox One X controllers, a charging cradle might also be a worthwhile addition. These devices are designed for multiplayer fans, housing a couple of gamepads. Chargers from brands like Venom tend to go beyond Microsoft's own versions, adding extra fast charge, while making it easy to pluck pads off the cradle when you need to play. So they are the charger models to go for. 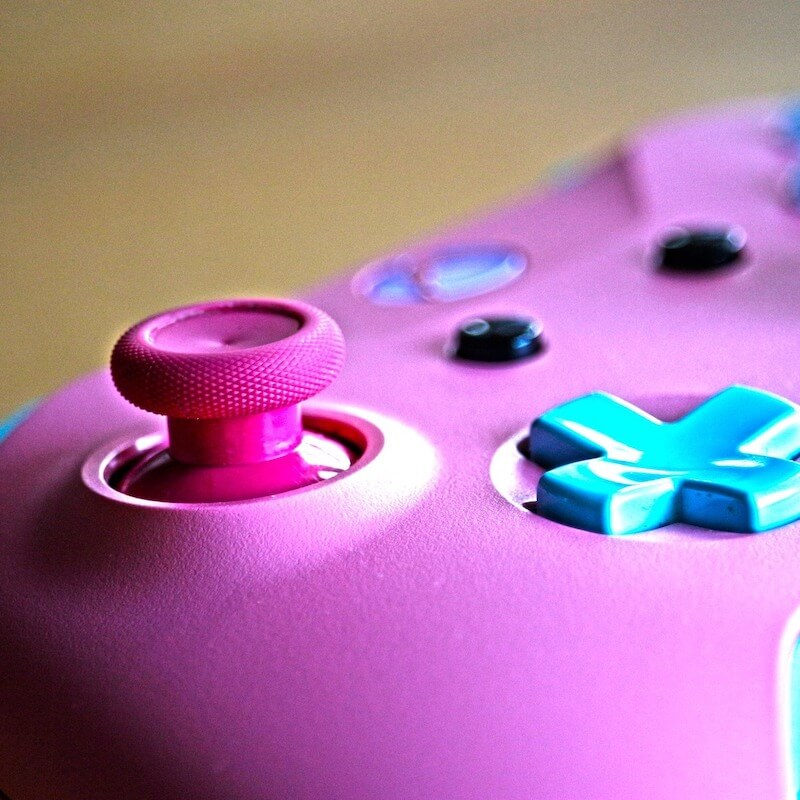 How and When to Buy an Xbox Controller

As we've seen, the range of Xbox controllers goes well beyond the versions bundled in with consoles, encompassing customisable wired and wire-free gamepads, souped-up premium pads from Microsoft, gaming mice, steering wheels, and flight sticks. So pick a type which suits your gaming style.

However, be aware that specialist controllers tend to come with a price premium. Thrustmaster sticks and Fanatec steering wheels are engineered to offer as much realism as possible, and they aren't cheap. So make sure you shop for the best possible deals if you want to add one to your collection.

When it comes to buying new controllers, hotukdeals has everything covered. We feature Xbox controller deals from the UK's biggest merchants, including GAME, Argos, Amazon, Very, Smyths, and plenty of other major retailers. This includes boutique gamepad makers as well as standard Microsoft devices, so whatever you need, our listings should be the first place to look.

If you're after a premium controller, shopping at the right time of year can help. Black Friday and Cyber Monday often see brands like Razer and Logitech drop their prices, while the New Year Sales and Amazon Prime Day (in July) should offer plenty of potential bargains.

Whatever you do, don't pay full price. Shop around and you're sure to find a way to enhance your gaming experience for less with hotukdeals.

Fast Track Your Gaming Performance with Xbox Controllers from hotukdeals

Put yourself in control with a premium Xbox games controller. Whether you go for a top of the line Microsoft model, pimp your controller to look like a work of art, or pick a flight stick to send your gaming soaring, having the right controller really makes a difference. Whatever style you need, there's no need to spend more than you have to. So before you upgrade your gaming options, always check the hotukdeals Xbox controller listings.