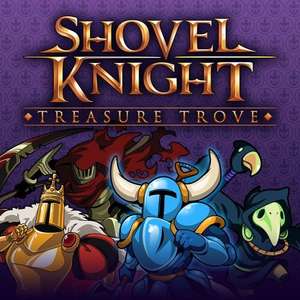 I think Yacht Club Games have actually said that they consider the 3ds version of Shovel Knight the definitive version because of all the extra work they put in to make the 3d effect work as well as it does. https://twitter.com/YachtClubGames/status/1526658025016025088

I found it was hard but fair. Easier than Smb3 and mega man 2.

I guess at that price it's worth a punt. :D

Pretty old school I'd say. I find it easier on the 3ds, probably due to the d-pad, than on the Switch but it's still tough. If you can master the mechanics in each game you'll be ok but it takes a fair while. I found the bosses beatable it was more the platforming I struggled with but it's very playable and practice pays off

Is this game super tough? 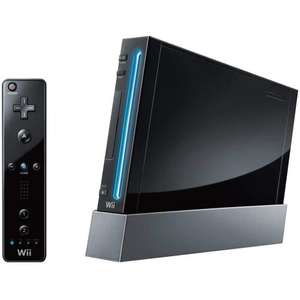 Ordered and arrived yesterday. Initially ordered for collection to store but was not available and so had one shipped out. Impressed with quality based on initial inspection - dirt and dust and a few scratches - not used yet. Complete Wii newbie but looking forward to something more interactive to play as a family. Will probably pick up another console set to pick up an extra remote. Thanks op!

Just a note - I ordered one mentioned earlier in this thread and the quality was awful with lines across the screen. However, tried another brand one (slightly more expensive) and it's significantly better. It was this one: https://www.amazon.co.uk/dp/B0753CZ8MC?ref=ppx_pop_mob_ap_share

Ta! Do you have a link please? Console newbie but figured this may be a fun way to socialise and exercise! 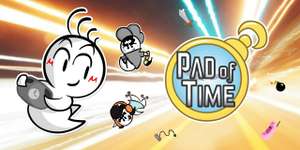 Heat added for a dev bothering with a Wii U port in 2022.

Wow nice to see a new release for it!

Wii U version is 90p cheaper than the Switch version and has an exclusive Gameboy mode. 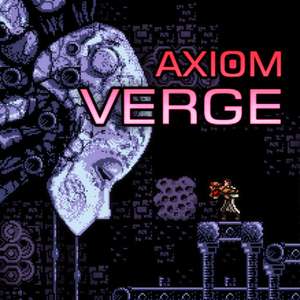 429° Expired
Posted 28th MarPosted 28th Mar
Axiom Verge (Nintendo Switch/ Wii U) £4.49 @ Nintendo eShop£4.49Nintendo eShop Deals
Just dropped in price to its lowest on Switch. Wii U version also £4.49 This is the action-adventure you've been waiting decades for. After a lab accident, a scientist awakens in a myster…

Wii U version makes good use of the second screen. (y)

I got stuck about 10 mins in... Never picked it up again, did feel like a good game, but don't have the patience. Maybe cause I'm getting old! 🤷🏻‍♂️ ;(

I’ve had this, cart version, for about 3 years: I really should play it as I keep hearing great things about it! (lol) 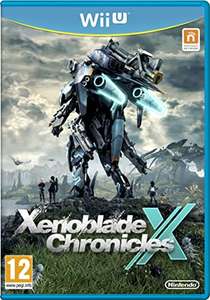 Ordered...Hopefully it is actually Brand New in the original seal and not just opened in high condition. We shall see!

It's definitely nowhere near as good as Xenoblade Chronicles 1 &amp; 2, but it has its own pros. The UI is absolutely terrible and tiny, and the gamepad stuff is mostly tedious and annoying. Generally from a game design standpoint it isn't the most tight, but moment to moment gameplay and tech-wise it's pretty damn cool. Definitely worth owning/playing either way.

I've tried to erase it from my memory but it's that oriental pseudo-rock soundtrack - the type they used on Sonic Adventure 2. I don't mind a bit of background music to give a bit of atmosphere, but having it constantly playing in the background is too much. 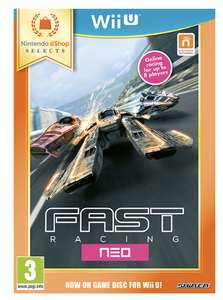 629° Expired
Posted 20th MarPosted 20th Mar
Fast racing neo (WII U) - £2.19 @ Nintendo eShop£2.19Nintendo eShop Deals
With the WII U e shop closing soon it’s a good idea to grab some of those games that might be disappearing forever. This little doozy is currently 80% off. Info added by pirate1 Race thr…

Not as good as F-Zero GX but I much prefer it to Wipeout which I think has terrible handling. Obviously it's just an opinion.

Git gud? In all seriousness yeah quite but no more so than wipeout/F-Zero.

Fast RMX on Switch is actually the same game than this one, but with higher resolution, new tracks and new vehicles. Definitely better than the Wii U version here, but it's almost 10£ more expansive.

USA currently has a 3DS eShop Capcom sale on, Resident Evil Revelations $2 for example, but the UK/EU only get Hello Kitty games on sale for £4.99.

Is the Switch sequel any good? I remember this being quite difficult

When the Wii was first launched with motion sensor technology, it was unique. Players controlled an avatar with their own movements and quickly became immersed in the action. A few hard-core titles like Resident Evil and Silent Hill are available, but the Wii has always focussed on fun games for all ages of player. Eventually, the Wii was superseded by the Wii U with its touchscreen GamePad controller, then more recently, the hybrid Nintendo Switch became the company's latest release.

Launched back in 2006, the Wii was named to echo the word 'We' and reflect its broad appeal. The motion sensor, Wi-Fi connectivity and social play aspect made it an instant hit with all types of player. An impressive 101 million units have been shifted worldwide, beating the sales figures of both the PlayStation 3 and the Xbox 360. Over time, the original concept was refined, with two further consoles appearing in the collection; the Wii Family Edition in 2011 and the Wii Mini in 2012. 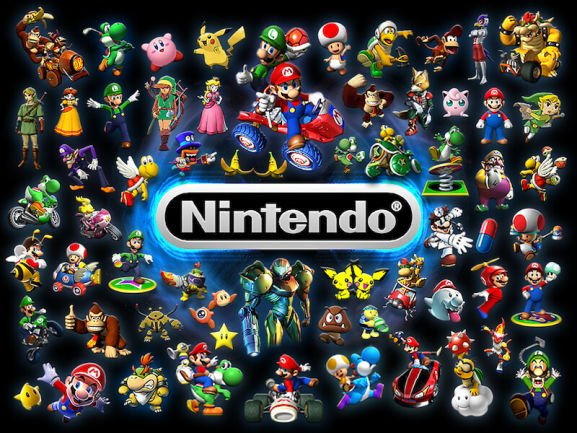 The original Wii was followed by a number of later models:

Trailer for the Original Nintendo Wii

What is a Mii?

The Mii is another quirk of the Wii series: customised avatars that players can create on the console to represent themselves. You can choose facial characteristics, body types and hairstyles to produce a virtual you. Anyone who plays on the console can have their own bespoke Mii and they often appear as bit-part players in games or pop up in crowd scenes cheering on other characters. Gamers can visit the Mii Plaza by going to the Wii Menu, then the Mii Channel. Here you can store and organise up to 100 Miis.

Choosing a Console from the Wii Series

Some games can be played on any consoles, but the Wii has its own titles which only work with the motion control feature and cannot be ported to other systems. If you are interested in trying out exclusive games like The Legend of Zelda: Skyward Sword, The Last Story, or Donkey Kong Country Returns, then it's certainly worth picking up a cheap Wii deal and getting stuck in to the retro action.

Although they're great fun, it's worth remembering that production has ended on all Wii titles, so if you'd prefer a console that's got all the Wii titles, plus more exclusives of its own, like Bayonetta 2, Super Smash Bros on Wii U, and Splatoon, then invest in a Wii U.

For people who already own a Wii or a Wii U, moving to the Switch will provide a genuinely portable experience along with smoother gaming and much more visual depth. A lack of streaming services may put off some buyers, but there's no doubt that the Switch indicates an exciting return to form for the company and a worthwhile upgrade.

Technical Details for Consoles in the Wii Series

Here are the technical specifications for the original Wii, released in 2006: 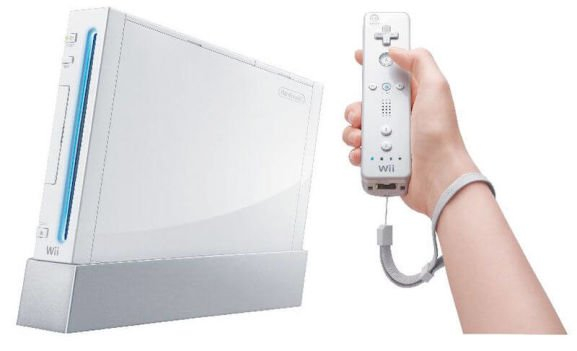 Specs for the Wii Family Edition, released in 2011: 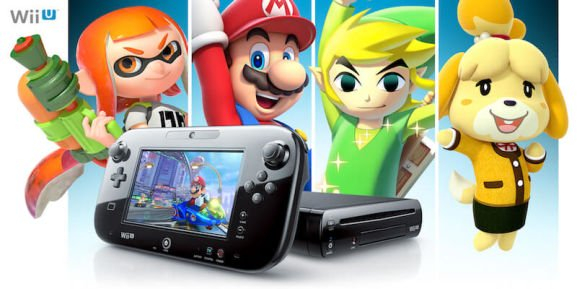 In comparison, specs for the Nintendo Switch, released in 2017:

The original Wii doesn't contain a hard drive, but instead, it has 512MB of flash memory which it translates to roughly 2200 'blocks'. It might sound like a lot, but it won't go far once you've download a few games, save your progress and create your Mii characters. To get around the problem, you can place an SD card into the front slot and save all your titles to that.

The Wii is commonly available in crisp white or the more traditional black. There are also two limited edition colours to be found: red and blue. Whichever colour you prefer, with a sleek finish and diminutive size, they will not look out of place alongside modern consoles. 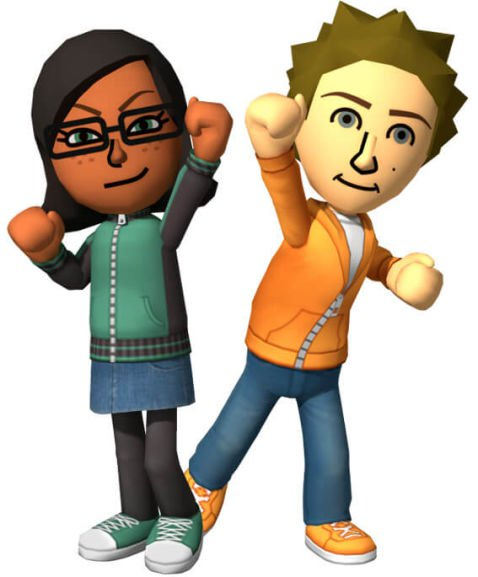 Does the Wii Have any Accessories?

Every new Wii came with a Wii Remote Plus, a controller with wireless connectivity which connected to the sensor bar. Players can buy additional controllers in a range of colours and lots of other accessories to make game play more enjoyable. Here's a list of what's available: 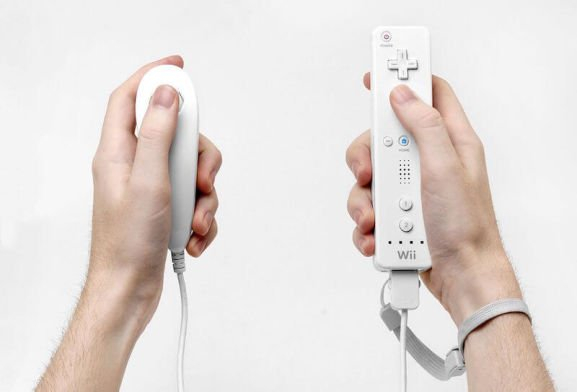 What are the Advantages and Disadvantages of Owning a Wii?

The Wii created a massive splash in the gaming industry when it was released. The motion sensor element was a game changer, and the multiplayer features of games like Mario Kart and Wii Party made playing a social activity that all ages could enjoy together. However, for more serious players, the Wii remains a platform for children. Here's a closer look at the strengths and weaknesses of the Wii as a home console.

Buying a Console from the Wii Family

Production of the Wii and Wii U has officially ended, but they are still widely available online. Brand new consoles are on sale at Amazon, but you can also shop for used and refurbished consoles at eBay. New titles are no longer made for the console, but it's easy to find them at online stores like GAME and Music Magpie or second-hand as part of a bundle. At Nintendo's UK Store, you can still shop for Wii U game discs and digital downloads. The Switch as Nintendo's newest coup is widely available at retailers like ShopTo, Smyths or Argos.

You can shop for cheap Wii deals on discs, accessories and consoles during the Black Friday event when prices on some electronics are cut by up to 40%. A good time to shop for second-hand consoles is around Christmas, when many people sell off their older systems to make way for a new one they received as a gift. Cheap Wii games and accessories may also be available in the summer, spring and winter sales.

Players looking for a console or titles from Nintendo can head over to the Wii page at HotUKDeals, here we bring together all the latest bargains around in one regularly updated list.