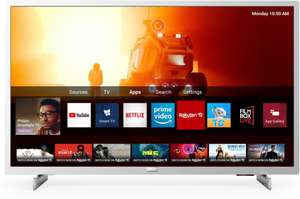 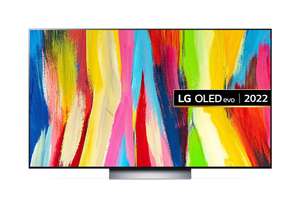 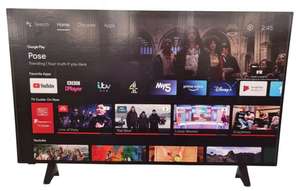 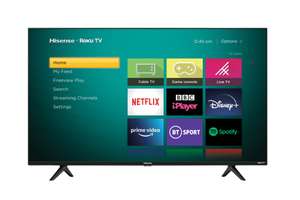 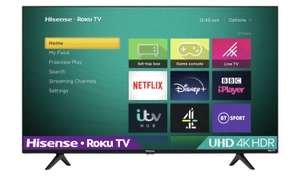 Freeview was the first digital TV platform in the UK, taking on the mantle from terrestrial TV and offering programming from the BBC, ITV, Channel 4 and Channel 5. The range of channels on offer has expanded since it started in 2002, and Freeview has also added Smart TV and HD capabilities but it remains totally free. Here's what you need to know to get started.

TV used to be simple. You just purchased a set and hooked it up to an aerial, and you would have access to the four (or five) main UK channels, but nothing more. When satellite TV came about in the 1980s, things started to change. If you had the money, you could access a range of new channels featuring movies, sport, news, shopping, documentaries and drama.

However, it was the advent of digital TV in the mid to late 1990s that changed everything. Suddenly, UK homes could receive hundreds of channels and use small boxes to call up menus with all the information they could ever need. Programs could also be saved for later, doing away with video cassettes, which have no faded from memory.

Freeview emerged as one of the most popular ways to access digital TV. Founded in 2002, it was the product of an alliance between the BBC, ITV, Channel 4, Sky and transmission companies. The idea was that Freeview would be the natural successor to old-style terrestrial television, placing a basic range of digital channels within reach of every single TV owner in the country.

The selection of channels on offer from Freeview has steadily expanded until, as of 2014, the service could offer 60 digital channels and 15 HD channels, along with 25 digital radio stations as well as text services.

Since 2008, every single new TV sold in the UK has included Freeview as part of its software, although owners of older TVs need to purchase a Freeview Box to access the service. However, not all new TVs are equipped to receive Freeview HD, which is separate from standard Freeview.

Why Would You Need to Use Freeview Anyway?

Freeview is the leading free means of accessing digital TV in the UK, so if you are keen to watch major channels but don’t want to pay for boxes from providers like Sky or BT, it’s a good option to go for. The range of channels may not include many premium channels from those other broadcasters, but it is still fairly impressive, with options including:

Freeview: TV the Other Way

All of Freeview’s shows and channels can be accessed via a built-in TV guide app called Freeview Play, which also makes it easy to store and schedule recordings, set playlists, access archived TV shows and browse future schedules.

However, while all TVs made since 2008 have included Freeview as part of the package, they have not included compatibility with Freeview Play. Freeview themselves note that most 2016 TVs still lack the ability to use the service, although all TVs made by Panasonic, LG, JVC, Finlux and Humax will include it.

To access Freeview Play you need to connect your TV set to a broadband internet service at no extra cost beyond the price of broadband. You will also need to have an aerial connected to the back of your TV. If everything looks good, you should find that your TV automatically tunes into Freeview Play when it turns on.

Remember, only Freeview Play compatible TVs can access this feature, so it might be necessary to upgrade your TV if you want the free on-demand digital channels that Freeview provides.

Freeview’s services come under a number of different packages, with the main options including:

What Kinds of Boxes Are Needed to Get Freeview Up and Running?

Freeview boxes come in a variety of models, with different options for HD and standard TVs, and the added functionality of Freeview+ boxes, so it’s important to choose the right one for your needs. Here are the options you’ll have to choose from:

Before you can access Freeview’s channels, you will need to ensure that your TV and box can connect to the system. To do so, you will need to connect your TV to an aerial, which is best placed outdoors and has to have a functioning connection to the aerial point in your TV room.

For most people, this isn’t a huge problem, as Freeview works just fine with existing TV aerials. However, in some cases, users discover that their aerial is malfunctioning, resulting in a grainy image when they turn their Freeview box on. In those instances, the best option is to bring in a professional aerial installer to iron out the problems.

When you have an aerial connected properly, all that is needed is a Freeview compatible TV. You should be able to access free digital channels automatically. If you don’t have a compatible TV, you’ll need a Freeview or Freeview+ Box. Boxes are also needed if you intend to record shows to watch later.

If you have a satellite dish (from a previous Sky subscription, for example), unfortunately you can't use it to access Freeview's services. You'll need to install an aerial before you can get started.

Not all Freeview boxes are alike, and there are some key specifications that buyers should keep in mind. For example, you might want to check:

What to Think About Before Buying Freeview

Freeview is a great option if you want to access some of the UK’s favourite TV channels and record shows for later. It has a pretty impressive range of channels for a free service, an easy to use interface and doesn’t cost a thing, which is why millions of people choose to use it.

However, before you make a purchase, it’s worth thinking about which setup works best for you. You could go for a basic Freeview box and connect it to an existing TV if all you want is recordable content from BBC, ITV, Channel 4 etc.

Then again, Freeview HD offers the same selection of channels and the opportunity to enjoy movies, dramas and documentaries in incredibly high resolution. HD TVs are more expensive than standard sets, but you can defray some of the costs of upgrading by sourcing your TV content via Freeview instead of taking out BT or Sky subscriptions.

So think about whether you simply want to get Freeview working, or whether it’s time to upgrade your entire TV watching setup. There are plenty of deals on HD TVs at HotUKDeals, and many of them have Freeview HD included as standard.

Pros and Cons of Freeview

Freeview is free, offers plenty of entertainment and is easy to use, but it has its downsides. Most importantly, the range of channels suffers in comparison to other broadcasters like Sky and BT. If you love sport, you’ll probably be willing to pay extra to subscribe to BT Sport or Sky Sports, as Freeview offers hardly any sporting content.

The same almost applies to movies. While you can find Film4 on Freeview, you won’t find Sky Movies, which offers a massive array of films every week. Then again, with Smart Freeview boxes that can connect to wi-fi networks, you can access streaming services like Netflix, Blinkbox and Amazon Video, all of which host plenty of movies, so it’s not a total disaster. Freeview can actually work as an economical tool for movie buffs.

Freeview also only offers boxes and TV services, but when you take out Virgin or BT TV subscriptions, much more can be injected into the mix. For example, you can get deals on BT landlines and TV at the same time, which can be a good option for some households. It’s definitely something to think about, but may not be a deal breaker.

The fact is that Freeview offers a good entertainment solution for millions of households. There’s no better way to access the core British TV channels for free, and with services like Freeview HD and Freeview Play, Freeview competes well with the products on offer from other TV companies.

How to Make a Cheap Freeview Purchase

You can also head to the same retailers for Freeview and Freeview compatible boxes (like NOW TV), and there are often combo deals featuring boxes and TVs to be had as well.

The best time to check for deals is around Black Friday in November and the January Sales, when TVs are often slashed in price, but big reductions are being announced all the time. With 4K TVs being eased into the mainstream, you can often find savings on older HD TVs, with Freeview as part of the bundle.

Freeview offers a great way to watch the UK’s favourite TV channels, with content that drama fans, news hounds and comedy lovers will adore. Find the best possible deals on Freeview compatible TVs and boxes by checking the HotUKDeals Freeview listings on a regular basis.