All Smart TV Discounts, Offers and Sale - May 2022 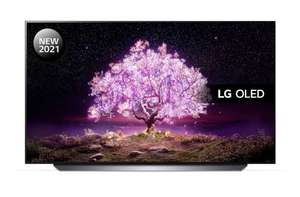 From reading other comments, they will match voucher codes if listed on the product page, but they won't match VIP prices that involve you logging in.

I just leave the smoothing on natural and it seems fine to me. I prefer it on a little, than not at all or on the very smooth setting. Part of the reason we get judder is because the near instant colour change of pixels on oled, vs. older tech where it takes longer so blurs it. You don't get the blur on oled so 24fps content displays exactly how it should, which is a little stuttering due to the low frame rate. Blur on the older tech was hiding that issue but for some, it's painfully obvious with oled. Because buying, pop into a local store like richer sounds and they will let you try it out with a film with different settings so you can see if you are happy.

I’ve just had Richer Sounds price match Costco and beat it by £20. You’ll need a Costco account, but even factoring in £15 for that you are still a fiver better off and have a years Costco membership.

Curry’s said no due to the terms and conditions being different! They say returns are not free with Richer sounds which differed from Curry’s terms.

Yes they do probably currys too 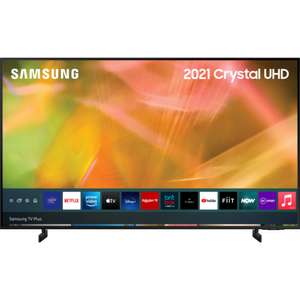 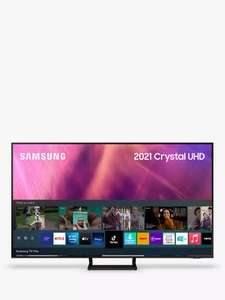 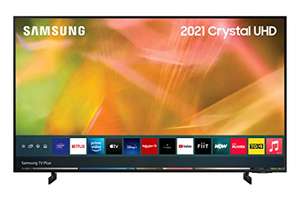 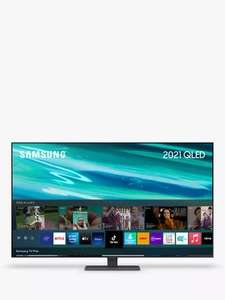 Pulled the trigger on this one. The extra 10% pushed me over the edge. If anyone wants a mint Panasonic TH50PZ70B, PM me. North London / edges of Herts.

So this is good for PS5?

About time for JL to start offering decent discounts on their tvs. Still hoping for more models from Sony especially the 75in 95J. 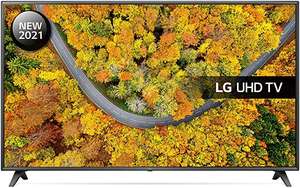 Oddly enough, yesterday I watched a load of YT videos on the 7500, 7700 and the 8100. I noticed in the comments of several videos people saying they were glad that they went for the models with the magic remote.

Worth it? Or gimmick?

Probably. The magic remote costs about £50.

A New Generation of TV

Televisions used to be simple. All you needed was an aerial and your TV would receive and display whatever the networks were offering on a given day. These days, things have changed. Digital TV and the rise of the internet have resulted in much more advanced TVs that are more like a hybrid of computers, smartphones and televisions. Smart TVs are at the head of the pack, but are they worth your money?

Smart TV: Connected to the Internet

While the technology to create Smart TVs has been around since the mid-1990s, it’s only been in the past five years that manufacturers like Samsung have brought advanced models onto the market. The basic format of Smart TVs is simple. High definition displays are combined with “Boxes” which download and store the software needed to offer enhanced internet and interactive services to users. In many ways, it’s a natural development of digital TV, and Smart TVs are rapidly becoming mainstream. In fact, by 2018, some analysts think that all new TVs will be "Smart". So it could be the ideal time to invest in a cutting-edge model.

What are the Uses of Smart TVs?

Why would you buy a Smart TV and not just a 4K or HD TV? Well, the difference is fundamental. Ordinary TVs have very limited digital functions and are basically just displays, whether that’s for gaming consoles, cable TV or Blu-ray drives. Smart TVs come with a computer processor attached in the form of their box. This allows the maker to regularly update software on the system and users to download new apps to add extra functionality to their TV.

The system makes it easier to combine TV watching with services like iTunes. It makes it simpler to manage on-demand TV watching, provides access to online games and social media platforms as well as streaming services like Netflix or Amazon.

With that range of capabilities, it’s obvious that Smart TVs are a useful tool for entertainment junkies. In some cases, they may also allow families to do away with expensive sound systems or even extra computers.

Leading Smart TV manufacturers include Samsung, LG and Sony – all familiar names to UK television purchasers. Their products tend to be fairly similar, with variation between different models. For example, you’ll find variations in:

The core of the appeal of Smart TVs is the software they use, so what differences are there in the packages available?

The most important apps used by Smart TVs are the Operating Systems they use.

LG uses WebOS, which is fast, offers quick USB playback, is well organised and caters for voice commands.
Samsung uses a system called Tizen OS which groups apps into “Hubs” like gaming, films or TV, offers viewing suggestions based on your past selections, includes voice recognition and also kinetic gesture-based control as well. Samsung’s system is also known for its high-quality connectivity between Smart TVs and tablets or smartphones.
Panasonic have chosen a Firefox based OS which is distinctive due to its easily customisable home page and FreeviewPlay which provides ready access to BBC, ITV and Channel 4 content.
Sony uses the Sony Entertainment Network. This offers more storage space than other systems, excellent compatibility with Android devices, the ability to use Apple phones as remote controls, USB playback and voice recognition.
Toshiba use the Toshiba Cloud which has an uncluttered "Multi-hub" interface, good USB playback and a fast refresh rate, which should suit gamers.
Philips use Philips Smart TV, which has built-in access to 50+ streaming services and innovative on-demand news services which build news content based around the user’s preferences.

Another key thing to look for is whether your Smart TV offers an internet browser as part of the deal. While all Smart TVs connect to wi-fi internet, not all of them come with a web browser as standard due to issues with displaying web pages via TVs (and possibly security worries). However, many do have a browser, so if that’s a key consideration for you, be sure to check the specs before you buy.

They also allow you to connect to gaming services like PlayStation Now. Impressively, this service enables Smart TV owners to stream PS3 games like Assassin’s Creed directly onto their boxes. There are sometimes issues with lag, but the games tend to be completely playable. PlayStation Now requires a separate controller and subscription, although free access sometimes comes as part of Sony Smart TV packages.

Smart TVs also hook-up to social networking sites like Facebook, auction sites like eBay and useful apps like Accuweather, PowerPoint and Skype. The range of different capabilities is impressively broad, and getting larger all the time.

What to Think About Before Buying a Smart TV

Before buying a Smart TV, the first thing to think about are the practical aspects of your TV. Remember, no matter how advanced the software is inside the box, you’ll still need a TV that can be comfortably watched in your home. If you have a relatively small living room or bedroom, going for a slightly smaller screen makes sense. Larger screens are great, but in small rooms they can become hard to follow. Then again, if you are buying a TV for a larger lounge, you can be more ambitious. Go for something 50 inches or more across if you want to achieve full immersion in the TV, sport or movie watching experience.

Another thing to think about is whether you actually need all of the add-ons that come with a Smart TV. Being able to play Angry Birds (/tag/angry-birds) on your TV sounds great, but it might not change your life. Checking social media via your TV remote could be handy for YouTube or Facebook (/tag/facebook) addicts, but with smartphones and iPads (/tag/ipad) around, will you really use it that much? 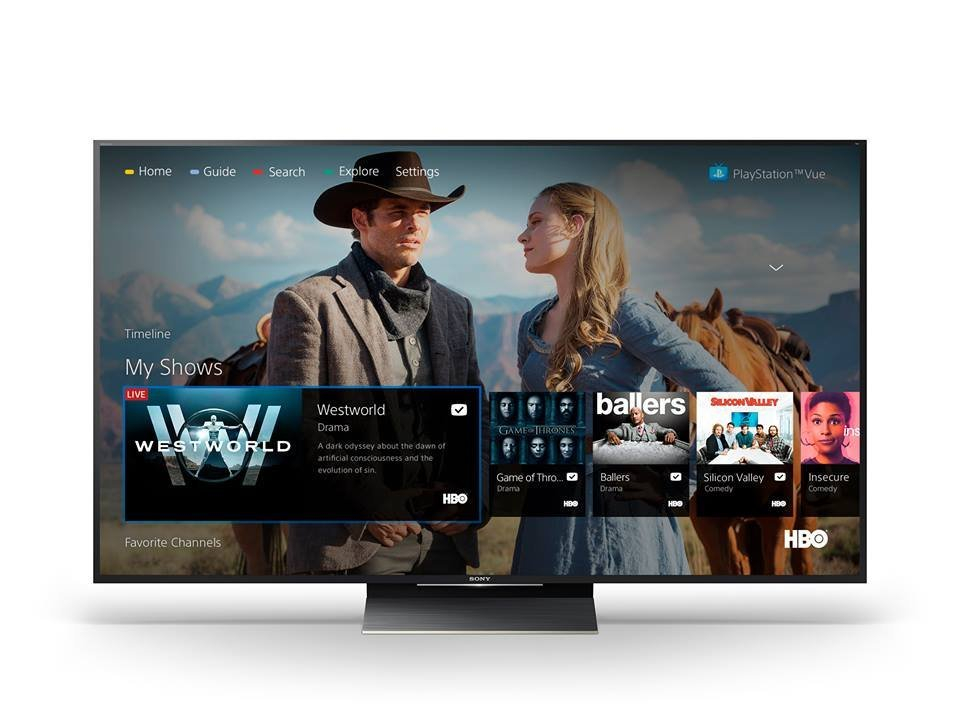 Smart TVs are probably most useful for families with a diverse range of interests. If you need to record sports, cartoons, films, TV shows or even social media videos, Smart TVs allow you to do so and organise your shows with ease.

However, it’s important to note that you don’t need to purchase a Smart TV to stream from online services like Amazon, Netflix or YouTube. All of this can be achieved on standard HD or 4K TVs by using streaming sticks available from companies like Roku or Amazon (for much less than the cost of upgrading your TV).

Having said that, within a couple of years all TVs sold from major high street and online merchants are going to have Smart TV functionality. So it might be worth adding a streaming stick to your older TV and waiting for the cost of Smart TVs to curve downwards.

What about security concerns? Many people have flagged up concerns about how Smart TVs can be hacked to gain access to personal information and bank accounts. Some have pointed to their use as surveillance tools. Those concerns are more or less theoretical (as far as we know) but the security issue is real, but no more critical than shopping online via your laptop. It looks like the best option is to exercise caution when entering personal details via your Smart TV and to limit your online purchases.

Pros and Cons of Smart TVs

At this point, you’ll probably have decided in your mind whether to go for a Smart TV, a conventional HD or 4K TV, or to stick with your laptop to view streaming services, but a recap of the strengths and weaknesses of Smart TVs could still be useful.

On the plus side:

Then again, you might want to think about the negatives:

There’s not really a simple answer, given that you can add a streaming stick to older systems and they can be hooked up to gaming consoles easily. Some people will adore the ability to scroll between apps easily, while others won’t appreciate the added complexity. It all comes down to whether you are comfortable with the new technology and it adds something to your entertainment experience.

How to Buy Smart TVs

Smart TVs can be purchased almost anywhere that sells conventional flat screen HD TVs. Some of the most popular high street brands to visit include John Lewis, Currys, Richer Sounds, Sainsbury’s, Asda and Argos. It’s probably a good idea to head down to a local shop to have a look at how each TV works and whether the interface is one that you can use comfortably.

When you’ve found a system that you like the look of, you don’t need to buy it in-store. At the hotukdeals Smart TV pages, you’ll also find plenty of discounts from online merchants like Amazon, Appliances Direct, AO and Electrical Discount UK. All of them offer regular reductions on major Smart TV brands like LG, Samsung and Panasonic, so shop around and wait until a killer deal materialises.

It's also a good idea to time your purchase to get the best deals. For example, major manufacturers like Sony and Samsung often run promotions around Black Friday and Cyber Monday in November, and the post-Christmas sales as well. Retailers also tend to lower prices during summer when demand for TVs is lower, so look for deals in July and August too (unless there's a major sporting event that year).

Smart TVs are changing the way we watch TV, use apps and interact with each other, and they will soon become standard in the UK market. To get ahead of the curve and explore what Smart TVs can do for you, keep track of the deals on offer on the hotukdeals Smart TV pages and secure huge savings on HD TVs from the world’s leading brands.