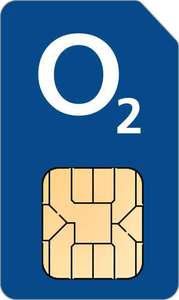 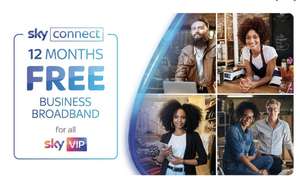 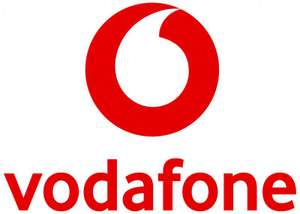 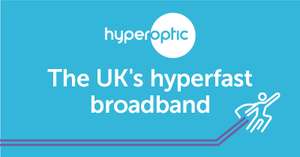 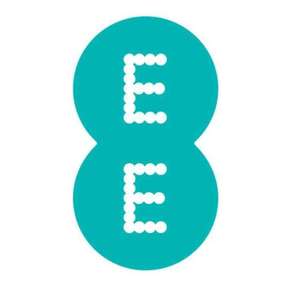 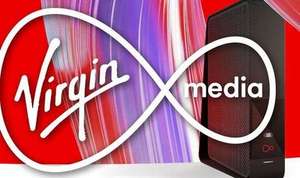 Broadband is a way of transmitting digital data via special fibre cables, a method which has been around for over a decade now. Available in a range of different forms, with varying speeds, broadband enables you to connect to the web, access digital streaming services and play console games online. Vital for businesses and homes alike, finding the right broadband package can save money on one of life’s essentials.

Long ago, the internet was a very different place. Reliant on traditional telephone cables, ISPs could only offer slow, unreliable connections, frustrating the medium’s potential and leaving users tearing their hair out.

Gradually, connection speeds improved, with the introduction of ADSL in 1998 and improved protocols making streaming a real possibility. However, it was the advent of broadband via fibre cables that really started to unlock the internet’s potential. Suddenly, thousands of signals could be transmitted via a single fibre cable, vastly increasing speeds.

Since 2010, the average speed of broadband communications has increased dramatically, with the standard rising from 4MBit/s in 2010 to 25MBit/s in 2015. Nowadays, you can also find 76MBit/s connections, with the prospect of still faster services in the future.

How Does Broadband Work?

The word “broadband” refers to the ability to send digital signals across a wide range of frequencies, allowing cables to deal with far more telephone conversations or data packets that would previously have been the case. However, this definition applies more to older systems like ADSL or VDSL, rather than fibre broadband, which is actually a little different.

In fibre broadband, signals are transmitted via laser beams rather than electronic signals. In fibre systems, ISPs and telephone companies connect local hubs up with fibre cables, and users then purchase ways to connect their homes to those hubs. In theory, fibre enables much faster speeds than conventional broadband, even up to 1000MBit/s, but today’s providers tend to keep speeds below 100MBit/s.

When you come to pick the right broadband package, you’ll probably be able to choose between fixed line broadband (like VDSL) and fibre optic broadband. Beyond speed, there’s a price difference between the two, which is why it makes sense to shop around for the best deals.

The Different Types of Broadband Deals

Broadband isn’t generally sold on its own as a simple cable connection. Other things are usually bundled in with the connection, such as TV access or streaming services. Here are some of the typical ways you might make a broadband purchase:

This is Virgin Fibre 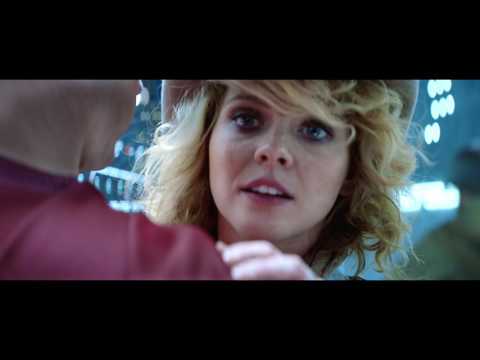 How to Choose the Right Broadband Package for Your Needs

Now comes the crux of the matter. How do you choose a broadband package which a) includes all of the features you require and b) doesn’t waste cash on things you just don’t need. It’s not always as easy as it should be, owing to the complexity of the market, but there are some key things to bear in mind.

Firstly, think about what you will be using the broadband connection for. Do you just want a simple service to check your emails or social media pages? If all you need is the ability to browse the web, superfast packages won’t add much to the experience, and speeds as low as 17MBit/s will do just fine (and save money).

Don’t feel like you need to look up the price scale, anticipating that your needs will increase in the future. Start with cheaper, more basic packages, but be ready to upgrade if required. This won’t be expensive. In fact, most providers actually incentivize existing subscribers to upgrade, even mid-contract. So, you can safely opt for cheaper packages with lower download allowances and speeds, knowing that if it stops being sufficient, you can move up to faster packages.

Things change a little if you start using broadband more heavily. You’ll fit into this category if you intend to use the internet for daily movie or TV streaming via services like Netflix or Amazon Prime. Ditto for gamers who intend to enjoy long deathmatch sessions, or for P2P music downloaders. In these cases, faster broadband packages are essential.

However, don’t just go for the fastest connection available. You’ll also benefit from unlimited downloads (suppliers will slap penalties on you if you breach download limits, so it’s worth paying extra to remove the download ceiling.)

Fibre broadband is definitely a consideration for heavy users, and this tends to include families. Imagine the strain on standard broadband connections when three or four people want to watch different shows at the same time. Often, the result is breached download limits and sluggish performance – not ideal.

If you are buying broadband for your family, check out family deals (most suppliers will include them). These often incorporate safety tools to keep youngsters away from sensitive content, and to limit their online activity if required, so they are tailored to your needs.

Other heavy users can check out tailored packages too. For instance, many companies realise that students demand fast broadband connections, whether it's to read books online or, more likely, to stream Game of Thrones. The difference here is that student packages tend to last for the university year, chopping out three unnecessary months and saving money.

Commercial users are also catered for by broadband packages. If you need a business connection, be sure to check out business deals, featuring security tools, fixed IP addresses, e-mail addresses and direct support to iron out any problems.

As you can see by now, broadband isn’t as simple as just sending vast amounts of data down phone lines. The way you buy it matters. But how can you find the best deals?

What About Mobile Broadband?

If you want ultra-fast download speeds on your laptop or tablet, things are slightly different. In this case, you’ll want to look at deals for 4G Broadband. This technology works via USB dongles (generally), which plug into your device, allowing you to connect to broadband hotspots wirelessly.

If you are using a tablet, you’ll need to get hold of what’s called a MiFi dongle (because tablets tend to lack USB ports). As with standard broadband and fibre, there’s a range of mobile broadband options, so shop around and find one that is suitable for your device and provides the speed you need. 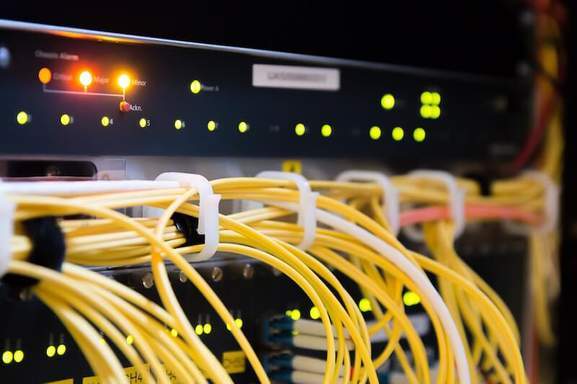 How Do I Know When it’s Time to Switch?

You may not be getting the best possible broadband service without even knowing it. If you feel like your connection is too sluggish, or you aren’t getting a good deal on your download allowance, there are things you can do to find out whether it’s time to switch.

The first thing to do is to run a speed test. This will provide a reliable reading telling you how fast your current connection is, and whether it actually measures up to the numbers offered when you signed up (which isn’t always the case).

You’ll find one of the best broadband speed checkers on this website. If you scroll down, you’ll also find average speeds for UK providers, providing a handy way to benchmark the speed you are receiving.

One of the great things about broadband has been the development of a market comparison sector alongside commercial broadband providers. This allows customers to instantly compare download speeds, allowances and prices before making their selection.

uSwitch is one of the best places to go, and probably the market leader in terms of broadband comparison. All you need to do when you visit their site is to enter your postcode. You’ll see a range of deals available at the moment and have the option of switching there and then.

You can also check to see which broadband packages are available in your area at sites like Broadband Choices. Not every part of the UK has been hooked up to superfast fibre, so there’s a chance that you will miss out.

However, it’s best not to take the plunge straight away. When you’ve got an idea of who is offering the best deal, be sure to check the hotukdeals listings first. There may be an even better deal that uSwitch has missed.

The size of your download allowance can make up a big chunk of your monthly broadband bill (assuming you don’t opt for an unlimited package). This means that it’s essential to calculate roughly how much you’ll need per month. When you do so, you might be surprised by how little (or how much) you consume, presenting the opportunity to save plenty of money.

Working out download allowances isn’t an exact science, but there are some guidelines that are worth following.

All of these figures are sketches, not scientific numbers. To help you, think of it this way. When you browse the web for three hours, you’ll probably get through 1GB of data, which equates to two hours of watching standard definition streaming TV or one conventional movie.

You can also download apps that track your daily and monthly internet usage, giving a more accurate picture of what you need. Tools like BitMeter can be synched up to your billing period, giving a good impression of whether you have overbought data or you need a larger allowance.

A Quick Guide to the Best Broadband Providers

Which broadband provider you choose can have a major impact on your experience and value for money. There are some important strengths and weaknesses of the biggest UK broadband providers, so here’s a quick run down on who they are and what they have to offer.

The UK broadband market is competitive, so deals and incentives to switch appear all the time. The best way to get a feel for the current market is by checking out the hotukdeals broadband listings, which feature all of these companies and allow to pick a deal that suits your needs. 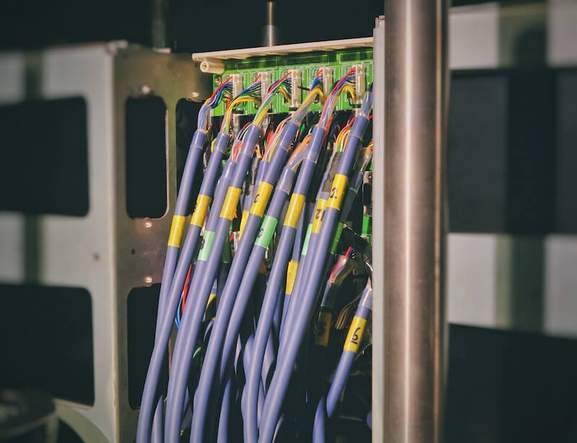 When you’ve worked out which type of broadband connection you need, which supplier to use or whether to switch to a different supplier, what is the best way to do so without paying over the odds?

The first place to head is to hotukdeals, where our broadband listings cover all of the major UK providers. You’ll find super-fast fibre and VDSL deals, with combos featuring broadband, TV and phone, and some broadband-only deals as well. Whether you want a 100MBit/s plus service from Virgin Media or a cheaper option from EE or BT Broadband, you’ll find all of the latest offers at hotukdeals.

As with all tech sectors, broadband companies schedule special sales as well. Black Friday and Cyber Monday are always likely to be good times to shop, and the January Sales likewise. But there are deals coming online all the time, so you may not need to wait.

If you’ve shopped around, calculated your needs and chosen wisely, saving money on your next broadband connection will be simple with hotukdeals.

Getting online isn’t an optional extra these days. So much of our lives depends on rapid internet connections, so it’s vital to find broadband deals that deliver the services we need at prices we can afford. If you want to upgrade your connection, you’ll always find the UK’s best broadband discounts at hotukdeals.