All Gaming Headset Discounts, Offers and Sale - May 2022 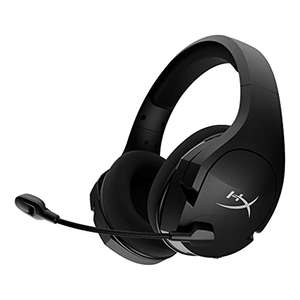 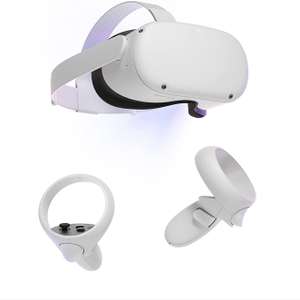 No for Sony you'll also need a PS5 and the new Meta VR headset is aimed at business not gaming and will be far more expensive.

Hardly anything Toxic in the thread, just people with the same issues. The last post was 3 months ago as well but nevermind you keep chuckling away there pal ;)

Sorry for the delay. There are a few places that make them. The oculus recommended (via website) probably best but US import. Will look at some other options too but came across this also and looks interesting hackaday.com/2022/05/26/its-easy-to-mod-your-oculus-vr-headset-with-prescription-lenses/ I’d avoid using glasses with headset as it found it a nightmare and uncomfortable plus the glasses specific spacer caused more of the goggle eye effect so less immersion. Plus very easy to scratch the Oculus lenses as they are soft.

PSVR2 will have considerably better specs, though it will be wired unlike the Q2. The next Meta headset is going to be 'premium', so it'll cost a lot more. The Quest 3 is coming after that and could be a good bit away. The Q2 is still a great choice for an all-round PCVR headset (not to mention standalone). 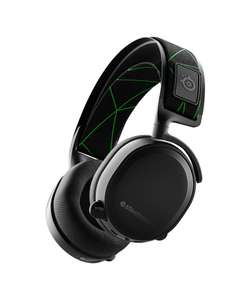 If you are on pc just get headphones and dedicated mic.

Any good with glasses?

Got Arctis 7, love them they're great. Got the old version that has micro-usb sadly instead of USB-C.

This or the regular Arctis 7 or the razer blackshark v2 pro for PC? Any advice would be appreciated, moving from razer kraken TE non wireless 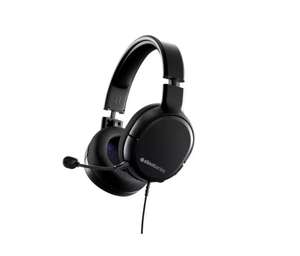 Just ordered. Worth a try (y) I used it with no problems. Free next day delivery instead of £5 extra

I’ve had no issues.

where are you finding the Logitech g432 for 25? 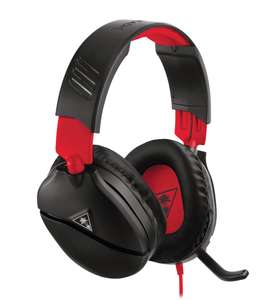 Not the best headset in the world, however I've been using these for over a year now and they do the job well. Heat

PDP Nintendo ones are down to £1

Out of stock in Harpurhey manchester 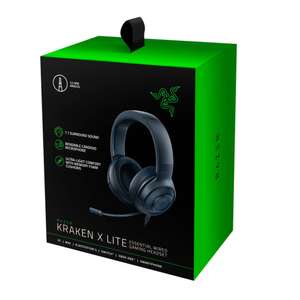 No worries thanks for the info (y) 🏼

Birmingham. Same price at £22 so must be national. Thanks for the heads up.

Did you get one in Peterborough or a different store?

Picked one up today, very light and comfortable, perfect for the summer. Good price even if lasts a year.

I've got this headset and I find it great, providing you're ok to love with a cord

Gaming Headsets: A Guide For All The Top Gaming Platforms

Gaming headsets bring together all the important audio elements a gamer needs and are usually ready for action straight out of the box, so the set-up requirements are minimal. This makes them ideal for people who just want to dive into their game quickly and enjoy a more immersive experience, without disturbing the people around them. Many headsets are packaged in vibrant colours and feature the kind of designs which could appeal to younger players, but there are also many options with a subtler finish. 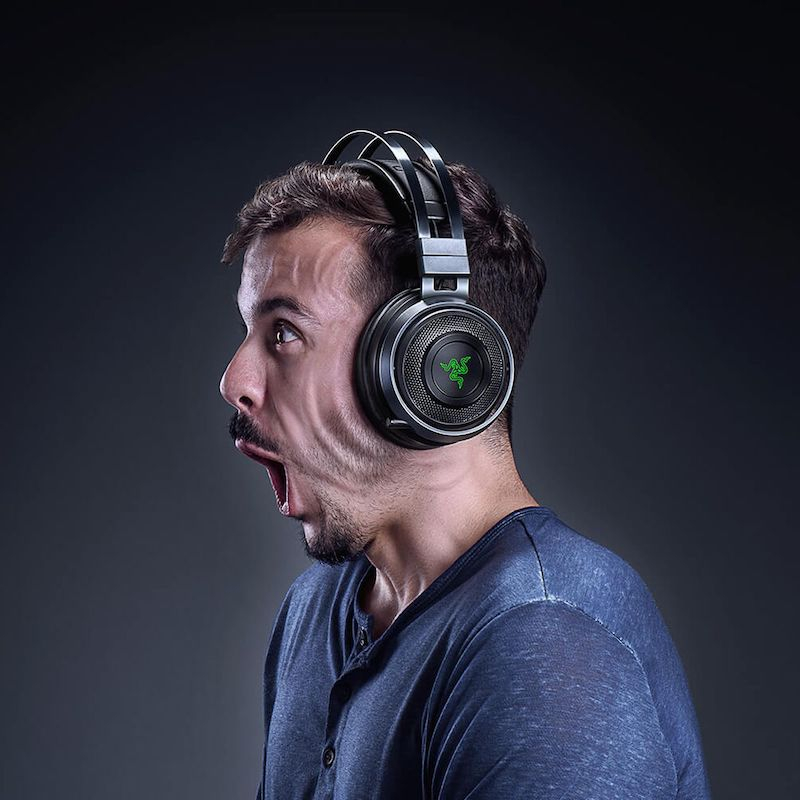 The History of Gaming Headsets

Before the development of amplifiers, headsets were the only way to listen to audio signals from telephones (as the signal was otherwise too quiet to be heard). While headphones are almost as old as telephones themselves, the Model-T of headphones was designed by Nathaniel Baldwin in 1910. His headphones were handmade in his own home, which he later marketed and sold to the United States Navy. As first phonographs and then vinyl players became a more regular part of people’s home, so too did headphones. They allowed the listener to enjoy their music without bothering those around them, ideal for families who owned multiple music players. Headsets, which are headphones that also feature a microphone, were to stay mainly in use in those areas where communicating with others was vital. Headsets were most likely to be found used by pilots and military serviceman, as well as telephone operators – they were rarely used by the general public.

The advent of high-speed internet changed this paradigm, as communicating with others became something that almost anybody could do (whereas before you needed to communicate on a specific radio channel). While this found use in telecommunication platforms, it also spread to gaming (particularly in online, multiplayer games). Headsets were mostly used in shooter games for PC like Battlefield and Counter-Strike, but also found use in MMORPG titles like World of Warcraft and Everquest. It wasn’t long before headsets and voice-communication spread to console gaming. Popular shooting titles like Halo or the Call of Duty were to become dominated by chatter between players, which sometimes spilt into arguments and crude jokes.

Today, most games are multiplayer by default, so consoles come pre-packed with a gaming headset that allows you to communicate with other players online from the get-go. That doesn’t mean you should settle for the headset you receive with your console. Read on to see which headset is best for your needs and the console that you own.

Choosing the Ideal Headset for PC, PS4 or Xbox One

The number one consideration before you purchase a gaming headset should the console or platform you intend to play on. Many gaming headsets have been created for only the PlayStation, Xbox or PC, so failing to pay attention to the compatibility of your headset may lead to some wasted time and frustration. There are some headsets which are universal, which we’ll cover as well:

5 Things To Consider When Buying A Gaming Headset

Aside from obvious consideration like which console you own, there are 5 further elements that we think you should consider before buying a gaming PC. While some of these are a matter of taste, some are more objective factors which should apply to anybody who’s currently looking around for a decent gaming headset for cheap:

Although they are generally considered to be more expensive, there are many bargains to be found when it comes to getting your hands on a wireless gaming headset. However, if you’re looking for a wireless headset that’s going to last, it’s better to stick to tried and tested brands. Here are a few of our favourites plus some quality headphones from each one:

One question on the minds of a lot of games is whether wireless headphones are going to give you the edge when gaming. Although wired headphones offer rich sound quality and are cheaper, many gamers prefer the flexibility of wireless headphones. They allow you to move around more freely and don’t have you constantly having to consider the position of your headphone cable when gaming. These benefits come at a price, which can often be off-putting for many gamers. So, while wireless headsets are better for gaming, you have to weigh up whether the cost is worthwhile. Of course, by keeping an eye out on these listings, you can nab a deal for some quality wireless gaming headsets, so keep your eyes peeled.

Cheap Gaming Headsets To Buy On A Budget

While hardcore gamers may be happy to go into the triple digits for a gaming headset, most gamers will be happy to get a headset that goes slightly beyond the standard features of default headsets and that doesn’t break the bank. Here are a few select gaming headsets that give you just what you need for less than £50 standard retail:

What Kind of Gaming Headset Accessories Are Available?

Whether you want to keep your headset packed away safely, or ensure it can be used with a wider range of consoles, there are accessories to get the job done.

What Are the Advantages and Disadvantages of Using a Gaming Headset?

Gaming headsets may be an extra expense, but they do have some advantages over using a normal pair of headphones. But, they’re by no means a necessity for gaming, and may even have disadvantages for certain gamers. Here’s some of the key pros and cons: 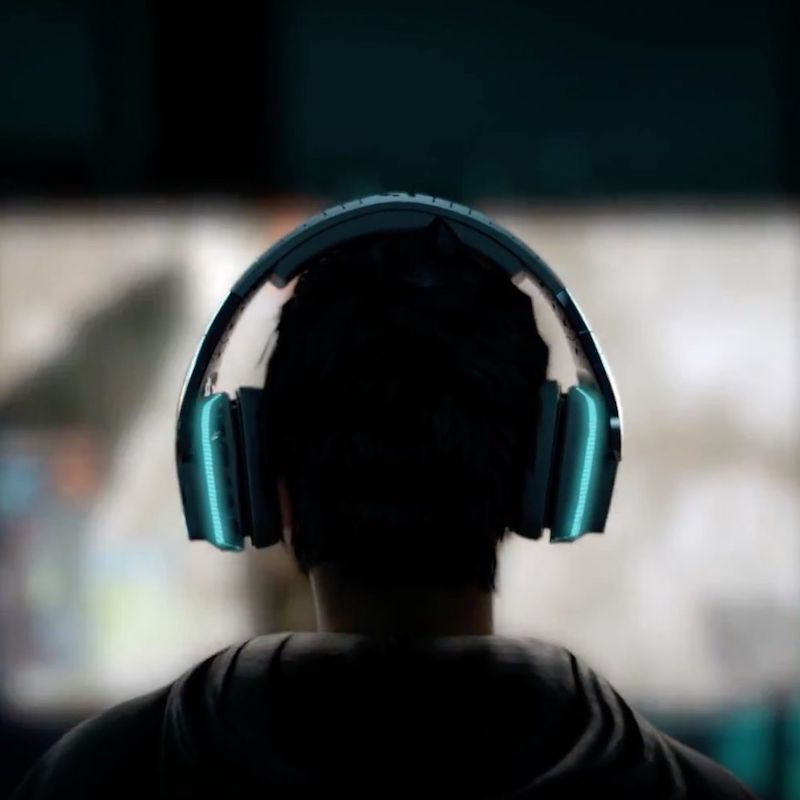 Where and When To Shop For A Gaming Headset

When you are looking for a cheap gaming headset, you’ll find deals listed from all the top high street sellers at hotukdeals. The likes of Argos, Currys and Very all have headsets to suit most systems, but a wider selection of specialist versions can be found at Game or Amazon.

To find a cheap gaming headset, you can concentrate on shopping during the traditional sales periods, that is around Christmas, bank holidays and in spring or summer. At other times of the year, you can sometimes get gaming headset deals on great brands during flash sales. Alternatively, if you can wait for the Black Friday event in November, many UK stores offer huge reductions of up to 60% on their technology and gaming departments.

Find The Best Gaming Headsets For Less On hotukdeals

It doesn’t matter whether you’re looking for high-tech wireless headsets, or low-cost budget versions, there’s always an opportunity to save money when buying gaming headsets. Buy smart and consult the right sources before you buy. You’ll always find the best deals from the top sellers on hotukdeals.