All Call of Duty Discounts, Offers and Sale - May 2022 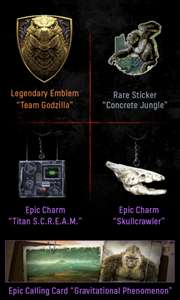 Completed it last weekend. Meant to be another challenge next week.

Exactly this! I played 3 matches and went back to rebirth. Once Godzilla blueprint fires at you ya can’t see nothing (lol) . They don’t even fight like they made it out, Kong isn’t as powerful as Raven want (they’ll increase his yeet in a update shortly - bit late). Just a poorly marketed update to try and get people back but all it did was make people play Apex (lol) Nick and DrD was on a different game after a few hours. No finale change, maybe they attack each other in the W screen, or anything just week and weeks of promo for some skins LUL. Have them actually flatten some POI's. Kong could’ve grabbed or swing at helis/planes etc so many things they could’ve done Just another money grab. twitter.com/jgodyt/status/1524450145227530240?s=21&amp;t=qarpTOHqyDyThcBQX8B6jg

Cold - been on for about a week now and terrible rewards - should be given a token to buy either the Kong or Godzilla skin if you complete all the challenges. Noone actually uses charms or emblems.

I'm not one to call out such things but this really really isn't a deal... 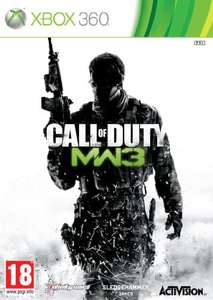 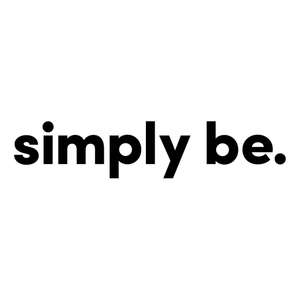 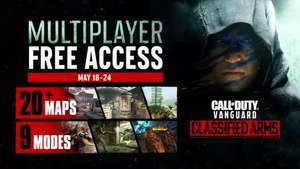 Not played any cod game for a while but I’m quite enjoying this one, nice and chaotic XD

Yes they do. I've played with 5 people parties

Well tbh I know someone who purchased the deluxe edition and only played the game once. What a fool (lol) fair enough but come on.. this is what the third WW2 COD we’ve had. What did you expect? Everything is barebones and not even worth half its price for the content and gameplay.

Black Ops of any kind is infinitely better than this. Vanguard's campaign was atrocious with terrible voice acting, very boring storyline missions, and because of new abilities that were introduced in this game it had quite literally spoon-fed you and didn't give you any sort of challenge. Not only that, most of the campaign is mostly movie with all the cutscenes, and if you're story-focused like me you need to watch the movies to understand the story.. As you'd expect. Though I didn't find it worth it if the majority of the campaign was movie-based. Zombies was completely unfulfilling and I don't consider it finished because of how empty it is. Just like Cold War's Outbreak, you're in a world that you have to do the same challenges, however in Vanguard it was your only way of progressing. So it gets stale pretty quickly. Also, you get PaP'd guns in the box and defeats the whole purpose of PaP'ing your own. Multiplayer in Vanguard is OK, it still has a lot of things that I have problems about. It's down to personal preference but I hate how many attachments you can put on a primary, making build-making no longer existent and how a game set so far in the past has battery-powered sights, then the time comes to poor map design and prop hitboxes (for instance, I had thrown a grenade over a rock and it bounced off like I had hit a rock, would say 2 metres above the rock, so the hitbox was pretty large..) I bought it to try it and couldn't get a refund even though I was in the requirements to get one. I was also expecting a game worth the money. Isn't that what most people do when they want to try out a game? lol 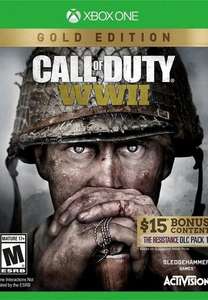 Yes you can, also this is still available but from https://www.eneba.com/xbox-call-of-duty-wwii-gold-edition-xbox-live-key-argentina

Seems like individual sellers are selling for less, around £8

Anyone know whether you can use the COD points included in this bundle to buy stuff in the current Vanguard game?

Really enjoyed the campaign on this one 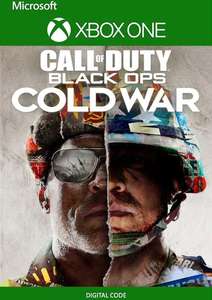 I was in that store the other day and staff couldn't find any copies. Its annoying when they leave the games out on display like that. Maybe this will save others a trip.

Most likely dropping on to GP at some point. Price drop is pretty usual though Asda often do random clearance type prices on games and in general COD games drop in price fairly quick as subsequent games come out.

I assume they coming game pass in near future why the price drop so much?

Call of Duty games are spectacular adventures with storylines that span across continents. The first entry, Finest Hour, stuck to a Second World War narrative, as does the 2017 release, Call of Duty WWII. Other games like Modern Warfare and Black Ops, explore the reality of current conflicts, while Infinite Warfare moves the campaign into space. Most CoD titles are available for the Xbox 360, the Xbox One, the PlayStation 3, and the PlayStation 4. Call of Duty games are also popular as online multi-players, and some versions are downloadable as apps on iOS and Android devices. 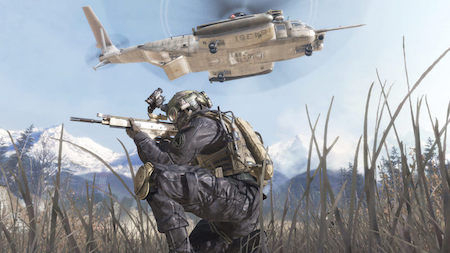 The Development of Call of Duty

Originally created in 2003 to compete with the EA title, Medal of Honor, the first Call of Duty game was set in World War II and worked with Microsoft Windows on a PC. It looked at the conflict from a range of viewpoints, putting players into the thick of it in Russian, US and British squadrons on the march across Europe. The title was loved by critics and gamers, and soon became available for other consoles. There have been many sequels to the original and the franchise now boasts 250 million sales worldwide.

Which Platforms Can Call of Duty be Played on? 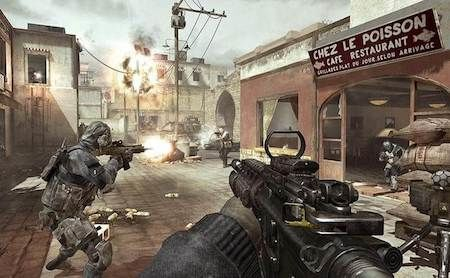 The Call of Duty Series

There are numerous Call of Duty games, but three main story arcs dominate the franchise. There are also three important stand-alone games. 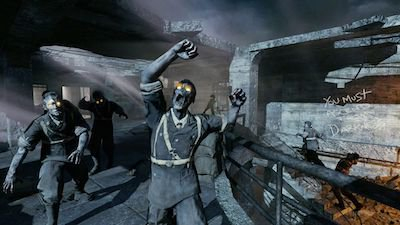 Other Call of Duty Instalments

Each of these entries is a standalone game that is unconnected to wider CoD storylines. They each introduce new themes so it’s certainly worth trying them out, whether you’ve played the other CoD versions or not. 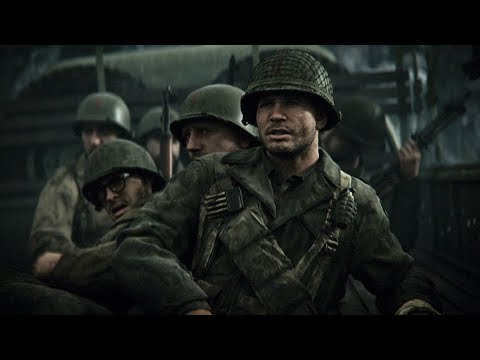 There is a vast amount of downloadable content for Call of Duty titles. You can search for packs at the Call of Duty website, or the Microsoft Store, or the PlayStation Store, then purchase them as a digital download. These add-ons enhance the experience of playing a game by providing extra maps to explore, new weapons, more ways to personalise a character and fun features like zombie mode. Here are three of the most popular CoD DLC packages:

The Call of Duty franchise uses a diverse range of formats to keep players interested year after year, but essentially these first-person shooters all remain fast paced and tactical, with a sense of realism. Since the beginning Call of Duty has used enemies of varying strengths and allies that back players up, adding an element of teamwork. They also introduced concepts like ‘shell shock’, where a player is temporarily affected by close explosions, experiencing slower movements, blurred imagery and muffled noise. In the more story driven CoD games like Call of Duty: Ghosts, you still get the massive explosions and shoot outs, but with fewer cut scenes and more scripted moments you’ll experience what’s happening through the eyes of the character and his squad.

You can choose from single player, multiplayer and co-op modes, topping up your progress and achievements as you go. Most classes in this system are completely customisable, so you can work on building your skills in a number of areas, rather than specialising in one. Players also get to choose from an arsenal of weaponry, each suited to certain kinds of situation. Light Machine Guns or LMGs are heavy and cumbersome but have a tripod, so are great for holding a position, whilst Sniper Rifles are extremely accurate, even over distances.

As a member of a squad with shared goals, you’ll be expected to make decisions about which gun to use and then help to achieve the objective. Making the wrong choices or veering off the mission can often lead to death. There is plenty of freedom on the large online CoD maps, but in single-player mode failure can affect the narrative.

The single-player version is more objective driven, with dramatic missions that provide intense scenes of conflict which rarely let up. Games are divided into linear segments which have to be completed, but there is enough space on a map to stop you from feeling like the action is on-rails. There are also plenty of Easter Eggs to discover, especially in the Call of Duty Black Ops series, where interacting with teddy bears and manikins can deliver new skills or surprising gameplay moments.

How is CoD Rated Online?

In general, Call of Duty games have been well-received by critics. On the review site Metacritic, Call of Duty: Advanced Warfare for the PlayStation 4, which was released in 2014, has an aggregated score of 83, while Infinite Warfare, released in 2016, has a score of 77.

Buying Calling of Duty at the Best Price

Current Call of Duty titles and special editions like Infinite Warfare Legacy Edition for the PS4 can be bought online from retailers like Zavvi and GAME. You can also look for titles in the franchise at Tesco Direct and Smyths Toys. For older games in the series on a range of platforms, you can search for offers at online market places like eBay and Amazon.

Many more retailers like Asda and Argos have regular sales at Christmas as well as in spring and summer, when they cut prices on numerous video games titles. Alternatively, you can hunt for a deal in the Black Friday sales, when some UK stores will offer probably their cheapest Call of Duty price.

Call of Duty Discounts at HotUKDeals

Players can find out about cut price games at the HotUKDeals Call of Duty page, where we list all the freshest deals from both online and offline retailers.