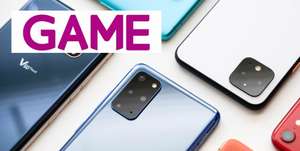 578° Expired
Posted 9th Nov 2021Posted 9th Nov 2021LocalLocal
25% Off All Pre Owned Smartphones And Tablets Instore @ Game (Example £52 For IPhone 6 64GB Grade B)£52Game Deals
I went to the metro centre in Gateshead earlier on, and noticed the sign in the window for 25% off all Pre-Owned Smartphone and tablets, I asked if this was an Instore only deal and they sai… 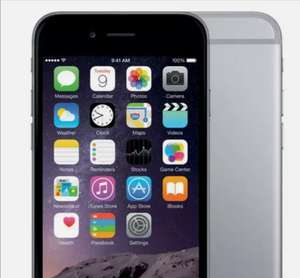 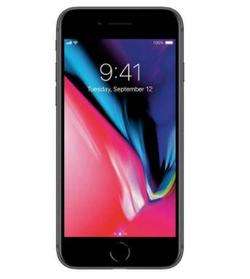 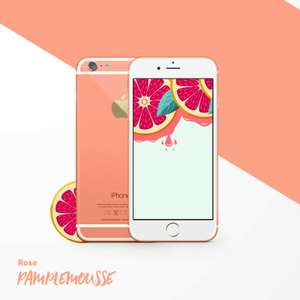 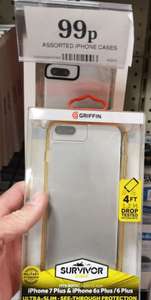 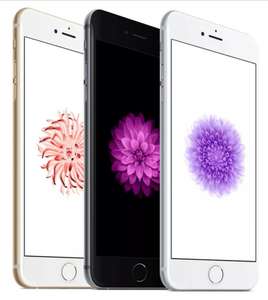 The iPhone is a design classic and one of the world’s most popular digital devices. Known for their ease of use, wide range of features and high quality, iPhones are the phone of choice for people all over the globe. But which model of iPhone is best for you? It could well be the iPhone 6. Here’s why.

The very first iPhone appeared in 2007, when Steve Jobs unveiled the 4GB and 8GB varieties. Overnight, the sleek design and advanced features of the phone attracted a massive following (the phone was even called the “Jesus phone” by commentators because of its popularity), and a series of updates soon followed.

3G iPhones came next, then the iPhone 4, the 4S, with sales soaring into the tens of millions. The specifications of iPhone models soared as well, reaching 64GB memory by 2012 and steadily increasing the screen resolution and the speed of the iOS operating system. The iPhone 5 arrived in 2012, upping the ante still further by doubling the phone’s processor speed, while in 2013 came the iPhone 5C and 5s, which featured innovations like fingerprint scanning via the touchscreen.

In 2014, Apple announced a major product launch: the iPhone 6. At the time, this was the most advanced smartphone available, but although this is no longer the case, should you purchase an iPhone 6?

As with all iPhone models, when the iPhone 6 landed, it came with a variety of advanced functions and features. For example, the A8 processor was a huge step forward in terms of speed from the iPhone 5. The more efficient chip inside the phone also allowed for faster graphics processing and greater energy efficiency, extending the phone’s battery life.

The phone came with relatively generous storage options, ranging from 16GB to a massive 128GB (compared to most models at the time which offered 32GB). At the same time, the Retina screen included with the phone delivered high-resolution graphics up to a resolution of 1334x750 pixels and the updated 8MP-resolution camera now came with a much faster auto focus, helping users take the perfect selfie.

Users could also take video footage with their iPhone 6, thanks to the 1080p HD digital camera, which also featured a much more precise slow-motion function. All-in-all, at the time, the iPhone 6 was the cutting edge of phone development, and still does most of the things that ordinary phone users require.

As an Apple phone, the iPhone 6 also benefits from the ability of users to connect it to devices like MacBooks and iPads, enabling them to share photos, move music files and generally extend their digital options. It also benefits from Apple’s huge archive of downloadable apps, and from the fact that the iTunes Store regularly leads the pack in receiving new apps and app updates.

Specifications of the iPhone 6

If you want to know more details about the iPhone 6, here are some of the key specifications:

Different Versions of the iPhone 6

The initial release of the iPhone 6 came in three different colours: Space grey, white, and black, all of which had the same interior architecture and features. More importantly, Apple also released the iPhone 6 Plus at the same time as the iPhone 6, and customers need to know the basic differences between the two.

The 6 Plus adds an extra optical image stabilisation function for the camera, and has slightly more battery life as well. However, in terms of memory and disk space, there’s nothing to choose between the two.

If you are the kind of person who needs more space to read eBooks or process photographs, the 6 Plus is a better option. The added battery life is handy for smartphone gamers or music lovers too. But for everyday use, the slim-line 6 is just as good, and you’ll probably find cheaper deals as well.

Be careful about purchasing older models of iPhone 6. The phone was originally produced in several different forms (with the codes A1549, A1586, A1589, A1522, A1524, and A1593). They are all basically similar in form, but not all will work on UK networks. Check that your model qualifies before making a purchase.

The iPhone 6 vs. Other iPhone Models

It’s not just a good idea to compare the iPhone 6 against the 6 Plus. Since 2013, Apple have introduced a whole new generation of phones (the iPhone 7 and iPhone 7 Plus) along with the iPhone 6s and iPhone 6s Plus. These phones have left the old 6 model looking much less technically sophisticated, but have also had the effect of reducing iPhone 6 prices. So, if you need a basic iPhone, the 6 remains a solid choice.

The iPhone 6s – The most critical difference between these two iPhone 6 models are their screens. The 6s included technology called 3D Touch, which can detect how much pressure the user is exerting upon the screen (unlike purely capacitive screens which work by detecting electrical charge). Aside from that, the 6s use slightly stronger aluminium and weigh in at around 14g heavier, have a more powerful camera (12MP as opposed to 8MP) and have 4K video capture capabilities.

All of these features are worth considering if you are thinking about buying an iPhone 6, as the 6s offered a step-up in terms of technical capabilities.

The iPhone 7 – In 2016, Apple announced that the iPhone 7 would be released, and it remains the most advanced form of iPhone around. The new model added some simple changes like remodelling the home button and making the casing more water resistant and also removed the headphone jack, but added stereo capabilities. So, if you rely on ordinary headphones and don’t have a wireless alternative, you may want to stick with the iPhone 6.

The iPhone 7’s display has also been enhanced, with more colours available, a 25% boost in brightness and a less reflective screen. Anyone who has ever used their iPhone 6 for outdoor reading will know how useful that alteration will be. Generally, the screen changes make the iPhone 7 a better option for those who want to watch streaming video, as the phone delivers much more realistic images than its predecessor.

The iPhone 7 has also doubled the iPhone 6’s processing speed, via its Apple A10 Fusion chip and a couple of high-efficiency cores. At the same time, Apple have doubled the RAM to 2GB, providing more room for advanced apps and games. With a faster processor and more capacity, the 7 beats the iPhone 6 in terms of graphics and photo manipulation, so if that’s a priority you’ll want to go for the more advanced model.

Both the iPhone 6 and the iPhone 7 are more than capable of running iOS 10, the latest update to Apple’s smartphone OS, but next generation apps and games will almost certainly start to feel sluggish on the older phone before too long.

What about the 6s vs. the iPhone 7? The iPhone 7 has also overhauled the 3D Touch system introduced with the 6s, making it more responsive. As many new features of iOS are built around 3D Touch (like checking e-mails), this is a major strength, but the 6s is more than useful if you want or need a cheaper alternative.

When it comes down to it, the iPhone 6 remains a viable choice for most smartphone users. Sure, the iPhone 7 is more advanced. It’s faster, delivers better graphics, has a better touchscreen and more memory. But those are features that serious users will appreciate more than everyday consumers. If you just need to call, use WhatsApp or browse the web, the iPhone 6 (and its various models) is ideal.

The iPhone 6 vs. Models from Other Brands

There’s also the question of whether you should go for an iPhone at all? These days, the smartphone market is full of high-quality alternatives from manufacturers like Samsung and Sony. Why would you choose an iPhone 6 over similarly affordable smartphones from the same generation?

Let’s take the Samsung Galaxy S6 as a point of comparison. Released around about the same time, the two phones were both a major success. In the case of the Samsung S6, features include:

The iPhone 6 can’t match the S6 for screen resolution and Apple didn’t choose to go down the VR or wireless charging route with the iPhone 6, but these are relatively minor everyday concerns.

With an iPhone 6, you get the ability to move files between your Apple devices via AirDrop, which is useful for MacBook or iPad owners. You get the benefit of Apple’s huge app collection and the general reliability of Apple’s phones. It’s a close-run thing, but it’s worth pondering those differences.

A Few Tips on Buying a Cheap iPhone 6

If you’ve chosen the iPhone 6 as your model of choice, it’s important to remember that Apple no longer manufactures new iPhone 6s. So, you’ll either have to purchase a new phone from existing stocks or buy a used phone.

If you choose this route, there are a number of things to bear in mind. Firstly, the good news is that you can buy a refurbished iPhone 6 from major UK retailers like Tesco, O2, Vodafone, and EE. Just go to their websites and you’ll find sections dedicated to second hand iPhones. Try to avoid buying from sites that aren’t well known (and definitely avoid stalls or small shops nearby). A good option is to regularly search for refurbished iPhone 6 models at HotUKDeals, where discounts are regularly posted.

You can also pick up as new iPhone 6 models from HotUKDeals merchants like Tesco, GiffGaff, GAME and Argos, as well as platforms like eBay or Amazon. Always check that you are purchasing from a reputable seller, and double check that you are getting the features you need.

The best times of year to go bargain hunting for an iPhone 6 are probably around Black Friday/Cyber Monday (late November) or the post-Christmas sales period. It’s also a good idea to check for deals when Apple roll out new phone models, as retailers often discount older versions to clear out their stockpiles. In general, the price of iPhone 6 models will be decreasing all the time, so plenty of great deals will be cropping up.

Save Money with the iPhone 6 Offers at HotUKDeals

The iPhone 6 remains an excellent smartphone for normal usage. If you want to use apps, check your e-mail, keep track of social media or watch Netflix, the iPhone 6 will do the job without any problems. There are always plenty of deals on iPhone 6 models, and you won’t miss any of them if you bookmark the iPhone 6 listings at HotUKDeals.