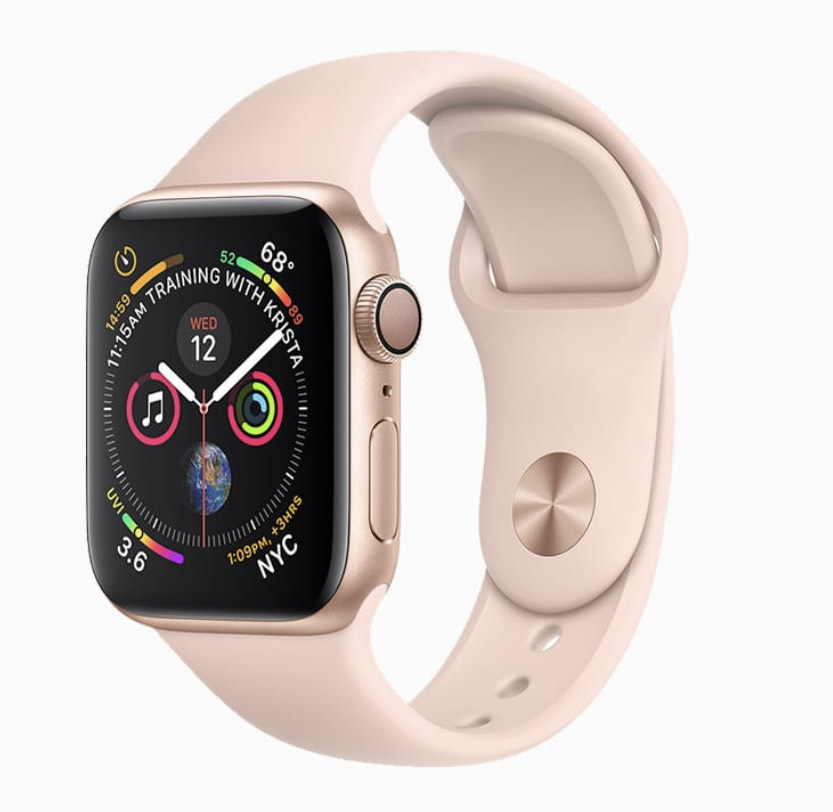 215° Expired
Posted 3rd AprPosted 3rd Apr
Apple Watch Series 4 44MM GPS Gold - Used Good Condition £149.95 @ Ultimo Electronics£149.95 Free P&P Free
Get deal*Get deal*
Was looking for a good deal on an Apple Watch SE, decided to go with this, as it seemed like a very good price, and had a few positives over the SE ( though had a few negatives, bu… Read more

Mine will be going back, really poor quality. Heavy scratches all over the front and all sides too.

Thank you! The condition sounds not too bad for the price so maybe I’ll chance it :

Well I ordered one, condition was just ok. A couple light scratches and a slightly deeper one in one corner. Only problem was the colour they sent me was wrong so I ended up sending it back.

Any update from people who bought one please - how was the condition? :) Seems to be back in stock at this price 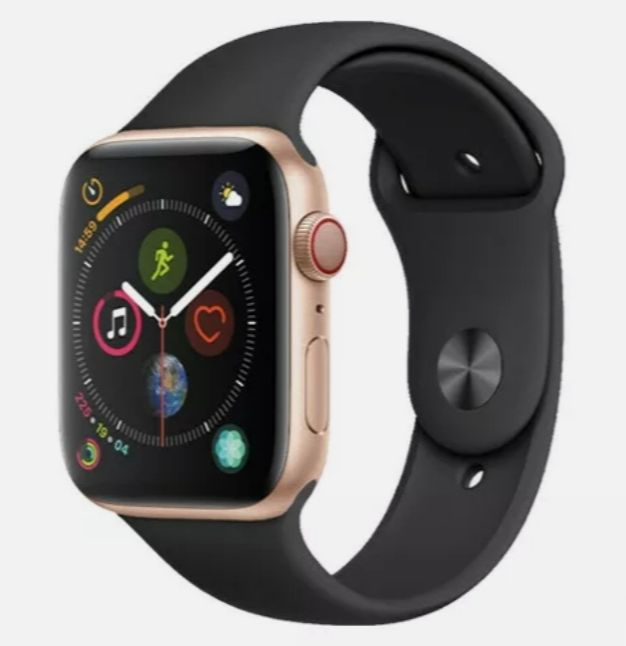 Thanks - seeing this pointed me in the direction of their SE Deal which I got for £208 so happy with that &#x1F601;

managed to snag one, nice upgrade to my series 0. thanks OP!

There's no difference between cellular and GPS models on unsupported networks, some of the older models got extra storage with the cellular versions but that's it. In the same way you can have a cellular model on a supported network and not sign up for the cellular contract and it just works exactly like a GPS model. If the price is low enough you may as well go for cellular as it gives you more options in the future. 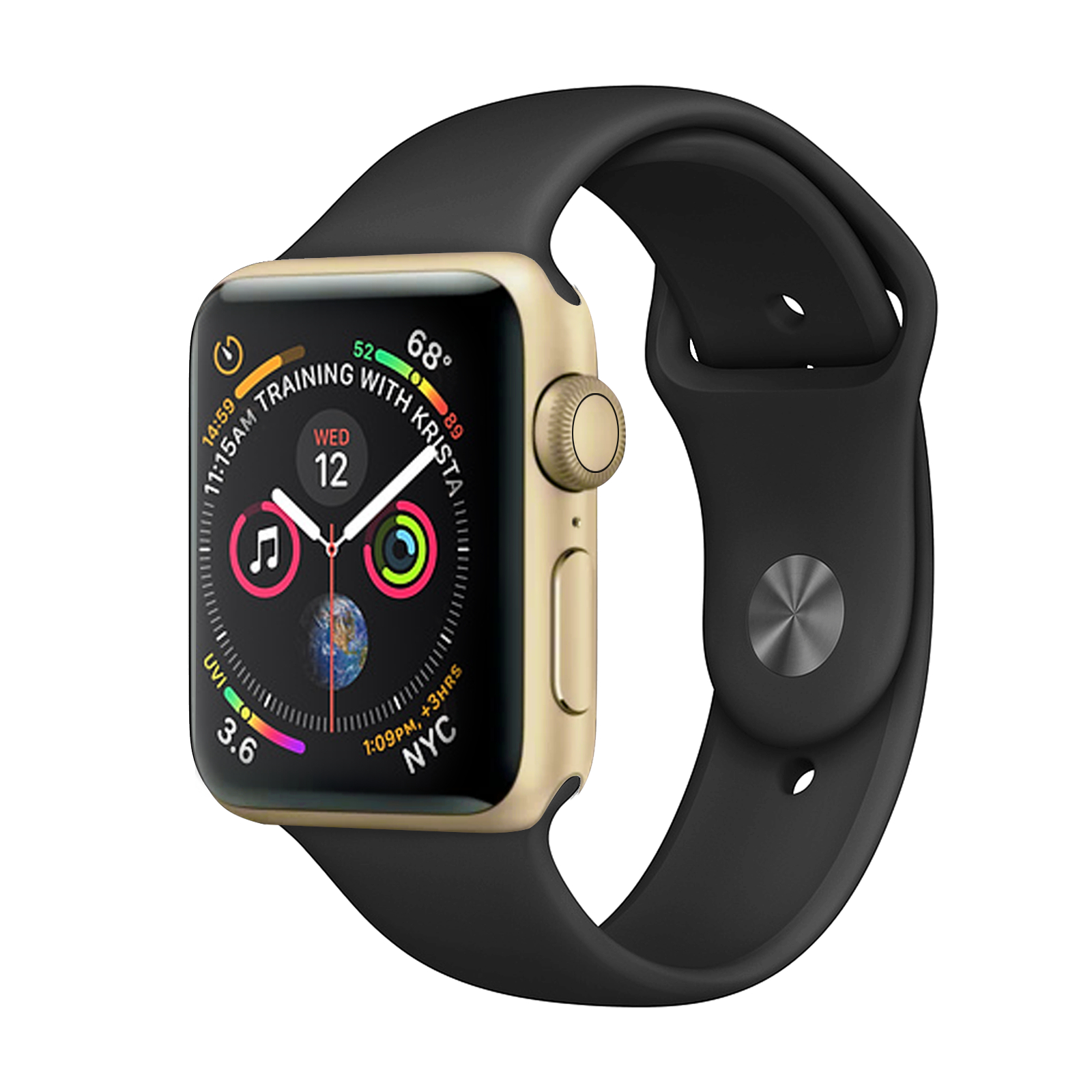 Grade c refurbished !! - well not as no new screen

According to eBay seller.. "Several light but obvious scratches or dings." 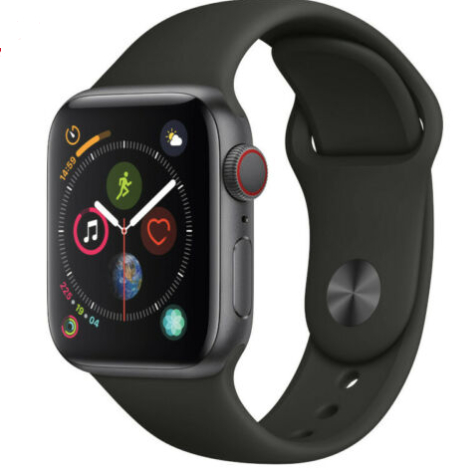 I got the 40mm and to be honest I even find that a bit big. Its the square shape that doesn't help.

Is this OOS now? Can’t seem to choose the black sports model?

Might be a bit on the big size for a ladies wrist, mine wears the 38 and it’s plenty big enough on her 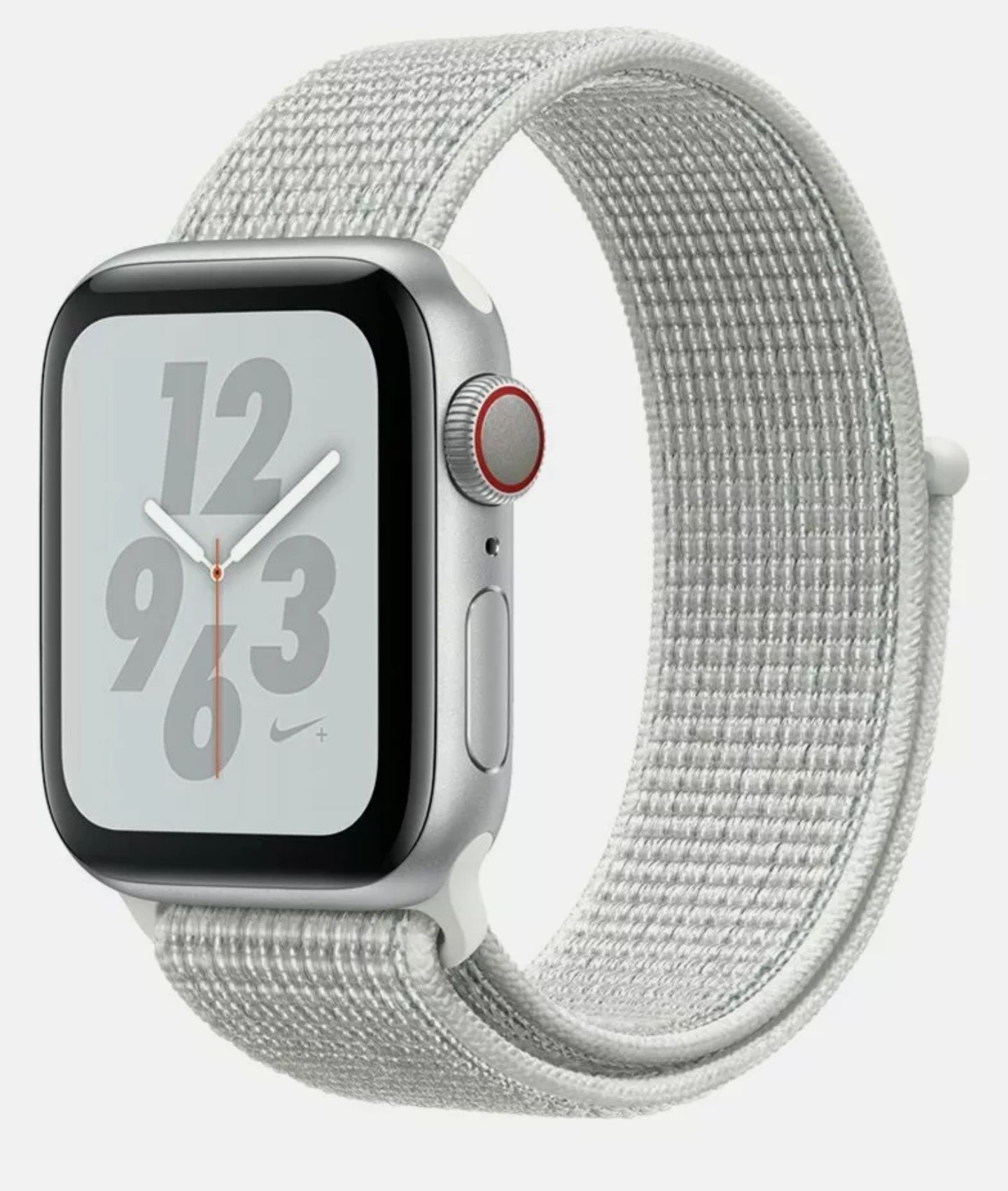 Yes, all Apple Watch models connect to iPhone via Bluetooth or can work on WiFi away from the phone. The cellular one means you can pay extra for a data plan so it works even when not in range of the phone or WiFi. If you won’t need the cellular ability, this may not be the best deal for you.

Probably a silly question but I don't know anything about apple watches. With this cellular one would it still connect to my wife's iPhone as long as she had the phone on her at the time?

Have you been naughty (confused) You could always create another ebay profile with different email address, no?

Does this have cellular as well?

Brought apple watch 3 for my wife from Music magpie. After few months, the screen was crackes. My wife didn't have any idea how it crack as she not aware of hitting anything. Of course, music magpie said it is ur problem. Luckily my wife found that many user have same problem, go through Apple online service and post to them to diagnose and just received they free replacement. (was dream apple will send replacement for Apple watch 4 but nah)

Just a warning before anyone thinks about buying a used watch from Music magpie. They do not honour there 12 month warranty. I bought one a few years back and through no fault of my own. The facia wasn’t glued down properly and came off after a month or so rendering it useless. They refused point blank to repair it and were very rude in the process. I would avoid for that reason.

Offering much more than a standard timepiece, Apple realised the first Apple Watch in 2015 and this initial version was marketed as more of an accessory than a fitness aid. From 2016, the second generation of Apple watches featured a more rugged appeal, with water resistance and GPS trackers. By 2017 the Apple Watch Series 3 was packing more battery life, along with faster processing speeds and helpful extras, like an altimeter to track the number of stairs a wearer climbs. The revamped Series 4 was made available in 2018, it's a sleeker model with a more lux appeal and improved functionality.

Designed primarily to help users enjoy a healthy lifestyle, the Apple Watch 4 has an optical heart sensor, an accelerometer and a fall detector, which makes it easier to reach an emergency service if necessary. There is Wi-Fi connectivity and a watchOS so people can link up with their iPhone or smartphone, plus the screen features a stunning OLED Retina display.

But is this smartwatch right for you? As we'll see, the Apple Watch 4 has plenty of amazing features, but make sure to learn all about the Watch before buying. This hotukdeals buyers guide will take you through everything you need to know about it, so read on to find out more about the Apple Watch 4. 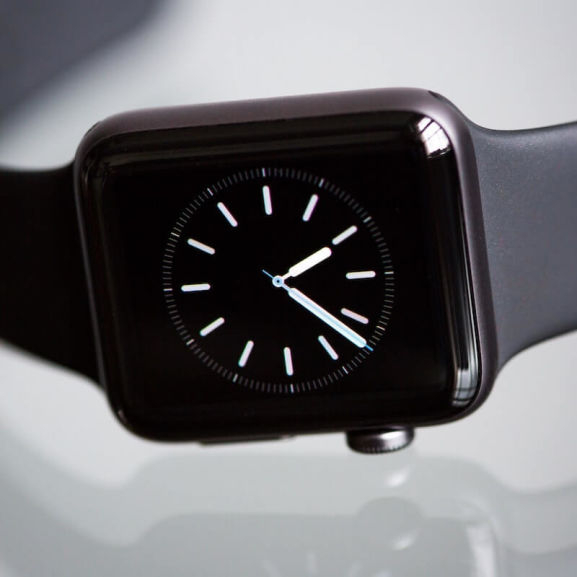 The Watch 4 has the largest display of all Apple wearables, and can be purchased with cellular and GPS capabilities, or as a GPS-only device. Although this new version has been conceived as a healthy lifestyle tool, it can also take phone calls and messages from the wearer's iOS enabled device. Streaming Apple Music or listening to Podcasts is simple, as it is compatible with Apple Air Pods.

Designed for sports, it has a range of abilities, like Emergency SOS and Fall Detection to help you out if something goes wrong when you're away from home. Furthermore, a selection of metrics let you monitor how your fitness is progressing and there is an advanced electronic heart rate monitor which sends notifications on high or low readings.

To keep you motivated there are personalised coaching tips, challenges, in-app achievements and the chance to share your news with friends - or compete with them. 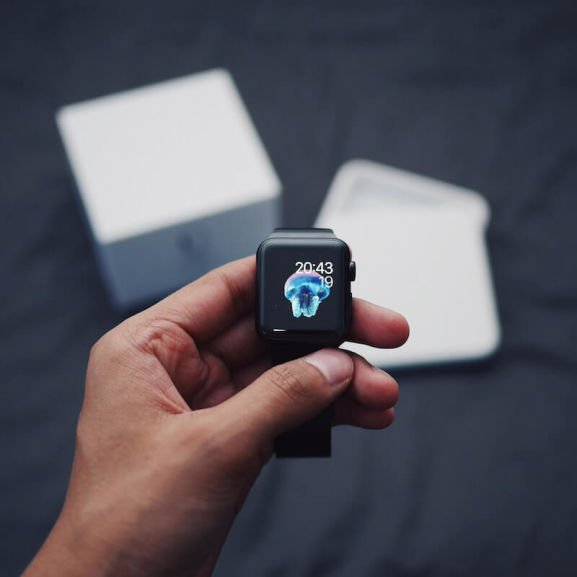 In addition to the standard Apple Watch Series 4 and its variations, Apple have partnered with different companies to create special editions of the Apple Watch 4.

Do You Need a Smartwatch?

The Apple Watch can be used for time-keeping, but that is not even half the story. This is a multitasker which plays music and keeps you connected even when you are away from your phone. Aside from these functions, it encourages you to keep fit, lets you keep track of your progress and delivers a range of other benefits for people trying to build or monitor their health. Of course, if you have an iPhone you will already be using many of the apps offered by the watch, so when is the Watch 4 a worthwhile purchase?

Primarily, the Watch 4 will appeal to people who want to monitor their fitness in an extremely convenient and advanced way. It allows users to spend less time with their phone, but remain in contact when they want to. A smartwatch could rarely be considered a necessity, but for people who are serious about sport, it represents an excellent alternative to carrying an iPhone. 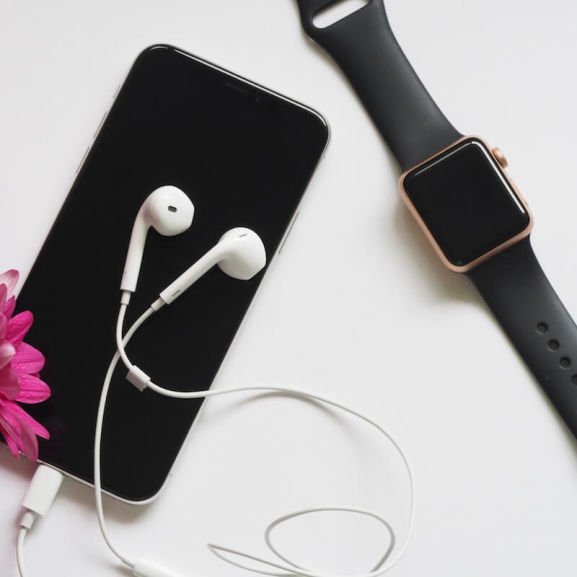 The Apple Watch 4 is available in two screen sizes, 40mm high and 34mm wide, or 44mm high and 38mm wide. The larger version has a bigger screen with more pixels, meaning images and text are also bigger. You may also want to consider which kind of strap you prefer, as not all styles are available for each size. Although the larger version has a higher price tag, it also offers an extended battery life which will be useful for people who fit multiple workouts into each day.

You might base your choice on the way you like a watch to look and feel. People with a smaller wrist may prefer the smaller version and larger wristed people may get on better with the bigger watch. Alternatively, you may like the appearance of a noticeably smaller or larger gadget on your wrist.

The Watch 4 is ready to go straight out of the box, but by pairing it with a couple of carefully chosen accessories, you can get even more out of this incredible gadget. The Apple Store has plenty to offer, but many other retailers have launched their own products. 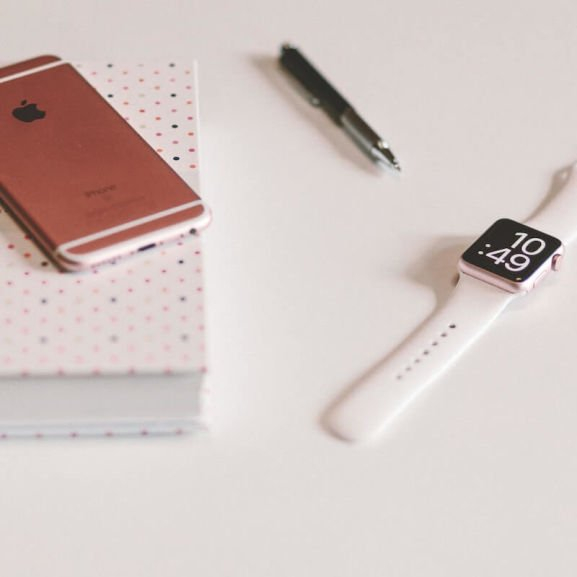 Which Apple Watch Do I Have?

The four generations of Apple Watch are not vastly different in terms of their appearance, but there are ways you can find out which version you own.

Apple has model numbers linked to each of their watches and these can be used to identify the model and series. Start by opening your iPhone and selecting the Apple Watch app. Choose the My Watch tab and go to General, then About. Locate the line called Model Field and there will be a number beginning with M. Click on Model Field and it will refresh to reveal a five-digit number beginning with A. This is the model number, so make a note of it. Next, visit the Apple Watch support page and enter the model number to learn more about your device.

Advantages and Disadvantages of the Apple Watch 4

Focussed on the elements which wearers tend to use most, the Apple Watch 4 has better wellness and health features but is still lacking in some areas. 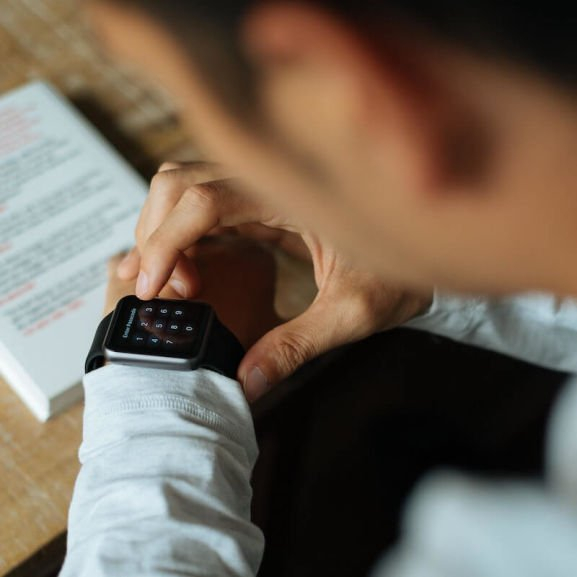 If you are unsure about whether to invest in an Apple Watch 4 or not, you could consider the slightly cheaper Apple Watch 3. Here are some things to consider when comparing the Apple Watch Series 4 and the Series 3.

The right option for you will depend on your main concerns, if you are looking for a smaller and cheaper watch, then the Series 3 is ideal. It has the same watchOS 5 and excellent fitness features, along with a heart monitor. However, the Watch 4 is undeniably a more advanced device. Apple has created a bigger display that's more ergonomic and the health sensors have been improved. If you think you will be comfortable with a larger watch on your wrist and are able to spend the extra cash, then the Apple Watch 4 is a more future-proof investment buy.

You can shop for the Apple Watch 4 in-store or online at Apple, though the BT website and Argos also stock a large collection. Apple occasionally takes part in the Black Friday sales, but other retailers like Currys, John Lewis, and Amazon regular hold events which feature reduced smartwatches. Check for the best deals in the summer or spring sales, or after Christmas in January when many shops are making room for new stock.

Get the Apple Watch 4 For Less at hotukdeals

The Apple Watch Series 4 is the newest and most powerful Apple smartwatch yet, with a host of premium features. The hotukdeals Apple Watch 4 listings is regularly updated with new offers from both online and high street stores as they are launched, so shoppers can find the best deal on a new Apple Watch 4. Check out the hotukdeals listings now for the best Apple Watch discounts and sales!