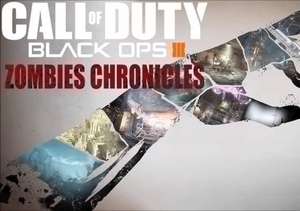 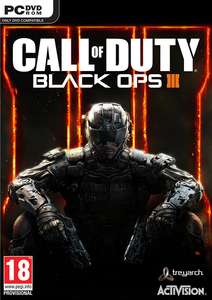 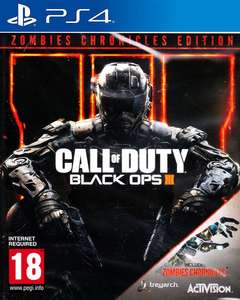 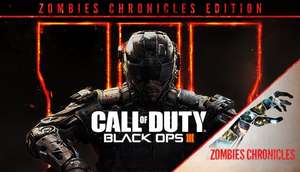 For over ten years, the Call of Duty franchise has allowed gamers to enter the world of World War Two infantry – mixing a high-quality, first-person 3D engine with a level of historical authenticity that gaming had never seen before. Released by Activision, the first instalment in the Call of Duty series appeared in 2003 on Microsoft Windows, and included missions involving American, British and Soviet troops.

The first Call of Duty was joined by a sequel in 2005, and was released for Windows, the Xbox 360 and mobile devices. This version tinkered with the graphics and added elements like regenerating health bars, but its most important addition was multiplayer gaming. Players could now engage in death matches and team games featuring as many as 64 people (on the PC).

Call of Duty 3 arrived in 2006. The first two games had proved a huge success, and the third instalment expanded it to the Nintendo Wii and the PlayStation 2 and 3. However, it did not receive a home computer release this time around. COD 3 made multiplayer gaming more accessible, including rankings and it also incorporated the unlocking of achievements.

The fourth sequel followed in 2007, with a fresh version for Windows and a handheld version on the Nintendo DS, as well as the other major consoles. This time, the action took a huge leap forward in time, featuring modern missions in Russia and the Middle East.

In 2010, the Call of Duty series expanded with the first Black Ops title. Released across all major platforms, Black Ops included innovations like customisable weapons and social media functions. More items could be unlocked, such as unique face paints for every different character. This was followed by Black Ops 2 in 2012, and then Call of Duty Black Ops 3 in April 2015.

What Is Call of Duty Black Ops 3 All About?

The 12th iteration in the Call of Duty franchise was released for Windows, Xbox One, and PlayStation 4, stripped down versions came out for PlayStation 3 and Xbox 360 as well.

The action in Call of Duty 3 is much more futuristic than its predecessors, which focused on the Cold War. This time, missions are themed around challenges like the fallout from climate change and advances in robotics. In the single player mode of Black Ops 3, players have to deal with cyborgs intent on taking over humanity, carrying out covert missions behind enemy lines. There is a complex plot involving a technology known as Direct Neural Interfacing – which fuses men and machines. In some ways, the game brings a version of the Terminator universe to life in unprecedented detail.

In the Campaign Mode, gameplay is structured around a squad of four main characters. These can be controlled individually by four human players, or they can be left for the AI to control if you don't have enough players to cover them. There are different difficulty levels to choose from, including a "realistic" mode where one bullet spells the end of your game. There is also a wide range of weapons that must be unlocked as you progress, adding more depth to the game the more time you spend with it.

As with earlier versions of the Call of Duty franchise, Black Ops 3 has a popular multiplayer feature which has added new gameplay features to make characters easier to play with. A paintshop function lets users create visually customised characters, and there are now nine different classes of character to choose from: Ruin, Outrider, Prophet, Battery, Seraph, Nomad, Reaper, Spectre and Firebreak.

Call of Duty Black Ops 3 isn't all about moody futuristic fighting, it also has a moody noir section involving zombie fighting. Set in the 1940s, there are two zombie-related storylines to explore, with distinctive weapons and a completely separate narrative to the main game.

The game has three different Zombie maps. The first, which is available to all Black Ops 3 players, is called Shadows of Evil and takes place in an American town called Morg City. Players have to defeat an Omni-present villain called the Shadowman, with the help of power up machines and plenty of firepower. A new feature called "beast mode" also enables players to unlock different parts of the map, and to defeat the hordes of zombies that inhabit Morg City.

The second Zombies map is called Giant and is only available in the Collector's Edition of Black Ops 3, while the final map is called "Der Eisendrache" and is found in the Awakening DLC map pack.

Games of Zombies can be played in single or multi-player modes with one to four people playing on the same map. The aim is simply to kill as many zombies as possible before all of the players are killed. By killing zombies, the players accumulate points, which are then used to buy extra weapons or power ups such as juggernog – the restorative potion found across the Call of Duty franchise. 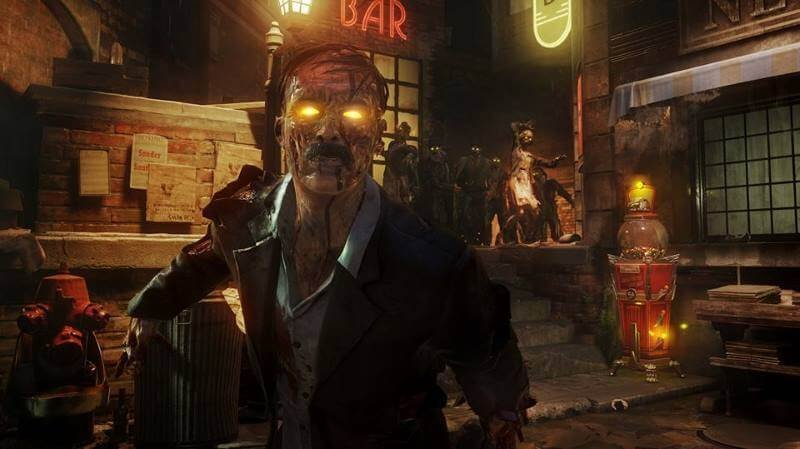 The Different Versions of Call of Duty Black Ops 3

A full version of Black Ops 3 was released for the Xbox One, PlayStation 4 and Windows, while a stripped down version came out for Xbox 360 and PlayStation 3.

Windows users will require at least a 2.9 Ghz processor, 6 GB of RAM, 60 GB of hard disk space and Windows 7 or above in order to play the game. However, to get the most out of Call of Duty: Black Ops 3, 8 GB of RAM is recommended along with a 3.3 Ghz processor. On older consoles like the Xbox 360 and PlayStation 3, players cannot play split-screen matches against friends in their living room, there is no Campaign Mode, players cannot buy a Season Pass and there is no Zombie mode, so the differences are significant.

On next-generation systems, the game has been released in a number of different editions. The cheapest version of the game is the Standard Edition. This includes both single and multiplayer options for the Xbox One and PlayStation 4 versions. However, the Xbox 360 and PlayStation 3 versions do not include the single player Campaign Mode and are limited to Zombies and multiplayer games.

The other major option is to purchase the Digital Deluxe Edition of Black Ops 3. This includes all aspects of the game itself, but also comes with a Call of Duty Black Ops 3 "Season Pass". This allows players to access any updates, maps or other content for the main game and the Zombies section.

When the game was released, a "Hardened" edition was also made available. This comes with extras like a steel book, specialist concept cards and four extra maps, including a huge World War Two Zombies map set in a Nazi research centre (although it doesn't include a Season Pass).

A PlayStation 4 Call of Duty Black Ops 3 bundle was also released in 2015 featuring a games console and controller with a distinctive Call of Duty trim and rapid access to any new map packs as they are released. Similarly, Microsoft have launched their own Call of Duty: Advanced Warfare bundle with the Xbox One console.

How to Use Call of Duty Map Packs

All Call of Duty games are played on sprawling maps, whether they are World War Two era military bases or post-apocalyptic wastelands. As new missions are added to the game, new map packs are made available by the developers, and these maps quickly become battlefields on the multiplayer version of the game. No serious Call of Duty player will want to be without them.

You'll probably read about maps being DLC content. In this case, DLC stands for "downloadable content" and all maps need to be downloaded from their creators (Treyarch or Infinity Ward). 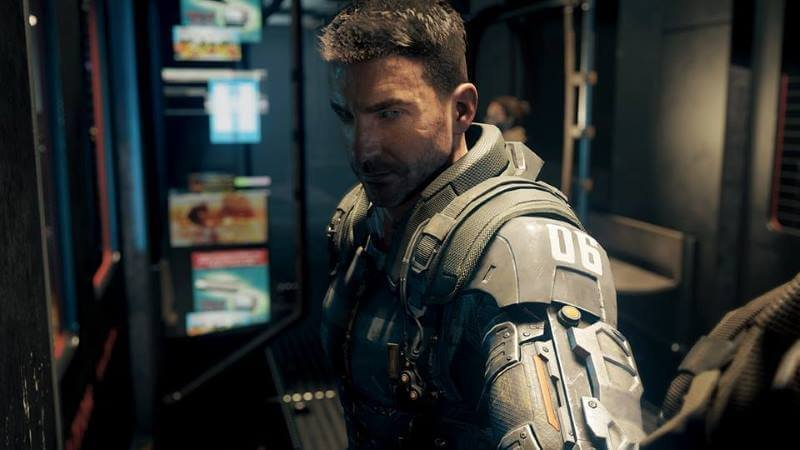 Map packs can be purchased as part of the Call of Duty Season Pass, but they can also be bought separately. Currently, they span a wide range of environments, from aquariums in Singapore to research outposts in the Sahara and Metro stations in Switzerland. There are also specific map packs for the Zombies segment of Black Ops 3. These allow players to take their action onto the moon, with new forms of futuristic weaponry.

All of these map packs can be purchased from retailers hosted on HotUKDeals, such as GAME. These merchants will provide Microsoft Points or PlayStation Network credits that can then be used to download the new maps.

Accessories and Merchandise for Black Ops 3

Call of Duty has spawned a huge array of accessories due to its massive popularity. Players can purchase Call of Duty branded controllers for PlayStation and Xbox consoles. They can find Black Ops 3 clothing, posters and even coffee mugs. You can even buy Black Ops 3 branded thumb grips to apply to the pads on your controller.

Useful accessories include specialist gaming headsets like the Astro A40, which can enhance your multiplayer experience. With the right headset, you can ensure that team members in your squads pick up all of your instructions and advice clearly, while wireless headsets also allow you to be as mobile as possible as you play. 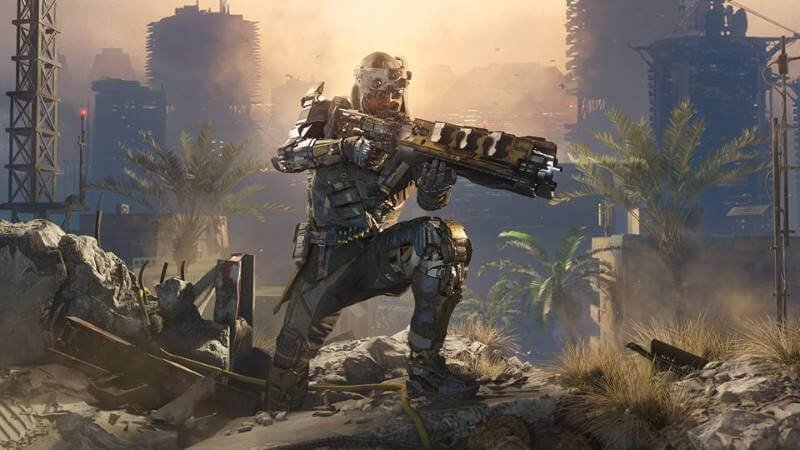 Some players also like to invest in USB keyboards that plug straight into PlayStation and Xbox devices. With First Person Shooters like Call of Duty, the precision control offered by a mixture of mouse and keyboard is often the easiest way to master the game.

Are There Any Cheats For Black Ops 3?

After beating the first two missions on Black Ops 3, players gain access to something called the Black Ops Safe House. When you reach the Safe House, head to the Data Vault, which can be opened by pressing X. Now, scroll up to the top left of the screen – hold the right trigger button and then press X and Y in succession (square then triangle on PlayStation controllers).

When you have completed this operation, a cheat menu called the Dreamland should appear where you can enter codes to unlock certain weapons and other features. Type in the word "manifest" to acquire 100 free fabrication kits, or enter "dreamland" to instantly unlock the Nightmare zombie mode without defeating the campaign mode.

These cheat codes are known to work, but you may come across people selling access to hacks such as free aimbots that can vastly increase your firepower, or instant upgrades to level 1.000. Be cautious of hacks that aren't officially sanctioned. If you are found out, you could lose all of your points or be banned. Hacks may also be a route for criminals to access your personal information. It is also possible to buy modded (“modified”) controllers that feature less recoil and offer enhanced aiming offering an advantage to players. These controllers are also technically banned by the developers, so beware if you choose to use them.

How to Buy Call of Duty Black Ops 3 Cheap

Call of Duty Black Ops 3 can be downloaded directly from Xbox Live or the PlayStation Network. In both cases, the file is around 45 GB, so expect your download to take a while to complete (between three and even as many as 10 hours is normal). PC users can also download the game via Steam.

All versions of the game can be purchased in hard copy from the UK's major electronic gaming retailers, who are offering discounts on the various Black Ops 3 packages, as well as Season Passes and points, from time to time. At HotUKDeals, you can scroll through the latest deals on Black Ops 3 packages from merchants like Electronic First, GAME, Amazon and Tesco.

Check out the deals at specific times of year to save even more money. Electronic products like Call of Duty tend to see huge reductions around Black Friday (or Cyber Monday) in November, along with the January Sales.

Black Ops 3 at the Best Price Here at HotUKDeals

However, be sure to check the Black Ops 3 pages at HotUKDeals regularly, as map packs and Season Passes are always on offer.