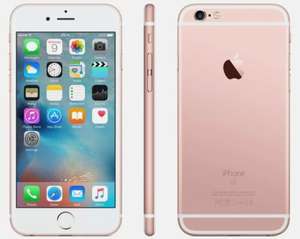 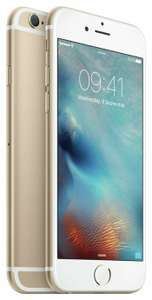 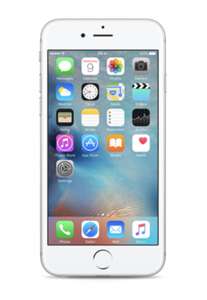 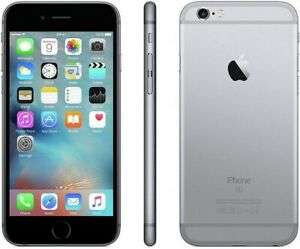 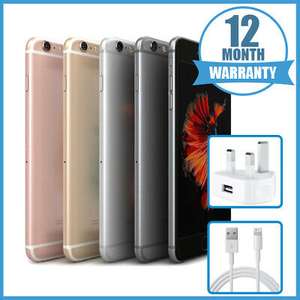 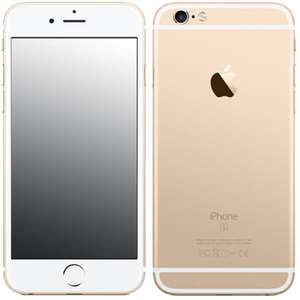 The iPhone itself had been around in some form since 2004, when Steve Jobs decided that Apple needed to take control of the mobile phone sector and lead into a new technological era. Apple’s engineers then created the iPhone, a completely new fusion of the latest computer technology and conventional phones. When it was launched in 2007, the first iPhone could browse the web like a normal computer, play games, send e-mails and, of course, take calls and send SMS messages. After kick starting the smartphone revolution, Apple continued to release new iPhones at a rate of roughly one new update every year, including iconic models like the iPhone 5 and iPhone 5s. The iPhone 6 brought a larger screen (and an even larger screen with the iPhone 6 Plus), better graphical resolution, more memory and, well, just generally more all round. However, it wasn’t a radical departure from older models. That role was left to the iPhone 6s.

Appearing in 2015, the 6s included something entirely new: the 3D Touch pressure sensitive touchscreen. Previous iPhones had all used traditional capacitive touchscreens that relied on electric charge in the human body to sense commands. The new phone didn’t need that. Instead, Apple’s engineers had come up with an incredibly sensitive pressure-based screen that would allow users to have much more control over what went on their phone.

Features and Capabilities of the iPhone 6s

The iPhone 6s might sound like just an update to the iPhone 6, as the name suggests. However, appearances can be deceptive. Actually, the 6s is more like a precursor of the iPhone 7, which hit the market in 2016 (more on that later).

The iPhone 6s has the following features:

iPhone 6s: it's All About the Perspective

If you need even more detail about what the iPhone 6s brings to the table, a full list of the phone’s technical specifications may be handy:

So, if you have an iPhone 5, you own a different brand and are thinking about switching, or you are looking for a cheap alternative to the iPhone 7, should you opt for the iPhone 6s or its slightly older cousin the iPhone 6? It’s not as simple a question as you might think. The iPhone 6 remains an excellent phone for basic functions. You can happily listen to music, stream movies, take photos, basically all of the things that ordinary smartphone users need to do, using an iPhone 6 or the slightly bigger iPhone 6 Plus. The fact that you can do all of these things slightly better on an iPhone 6s will sway some, but leave others unconvinced. So if those issues don’t worry you, go for the cheaper option and snap up a bargain iPhone 6 from one of the many HotUKDeals merchants selling refurbished phones.

So, what are the concrete reasons to upgrade or choose the 6s? Well, the any features listed above for starters. If you want to take 4K videos and the best possible quality photos, the 6s is a no-brainer. It delivers better resolution and brightness, so photography fans will definitely appreciate the differences. Resilience is another issue to think about. The 6s specifically went back to the drawing board regarding the frame of the phone. Some customers had complained about bending. Others just didn’t like the look of the iPhone 6, so Apple used a totally different kind of aluminium. The result is a phone that looks better and will last longer, although as phone owners tend to update every couple of years, that’s not always a major factor.

The introduction of the 3D Touch screen could be the real draw of the iPhone 6s. With apps now catering exclusively for 3D Touch and plenty more in the pipeline, iPhone 6s owners will have far more options to choose from on the iTunes store.

For gamers, there may be some minor differences, but the two phones have comparable performance levels. The upgrade from A8 to A9 (in theory) delivers a 70% efficiency boost, but not many iPhone games stretch the phone far enough to test this out. The chances are, you won’t notice the difference.

We’ve seen how the iPhone 6s represented a huge leap forward compared to the iPhone 6. However, within a year, the 6s itself had been seemingly superseded by the iPhone 7 and the 7 Plus. Does the advent of the iPhone 7 mean that there is no place for the 6s in your everyday life?

Not at all. The 6s remains a very well-designed, powerful device that is one of best smartphones out there. As most apps and games don’t demand peak performance from the phones they run on, the extra juice generated by the iPhone 7 won’t be required (yet), and most apps will run just fine on your iPhone 6s for the foreseeable future.

Then again, it’s worthwhile noting some of the ways the 6s differs from the iPhone 7. The 3.5mm headphone jack on the iPhone 6s has been removed, to be replaced by…nothing. Apple want iPhone 7 owners to use wireless lightning headphones in the future (and supply free headphones to new customers if they need them). If you like your headphones and need the jack to use them, sticking with the 6s makes much more sense.

Basically, the iPhone 7 is a noticeable but not radical development of the iPhone 6s. If you are the type of phone owner who always has to be in the vanguard of adopting new tech, it’s a must-buy. But if you are just an ordinary smartphone purchaser, the extra features may not warrant overlooking the 6s at a slightly lower price.

How the iPhone 6s Compares to Other Brands

Before deciding to purchase an iPhone 6S, there’s one other very important thing to think about: other brands. Apple aren’t the only smartphone manufacturers (in the US they only have 31% of the market, so there’s plenty of competition). It’s very possible that the right phone for you is actually made by Sony or Samsung for example.

If you want a more customisable, flexible phone, it makes sense to avoid Apple altogether and go for an Android smartphone. That way you can tinker with the OS and tailor your experience to suit your own needs and tastes.

A good alternative to the 6s is the Samsung Galaxy S7, which was released in the same year. Weighing 152g, it’s slightly heftier than the iPhone 6s but has a higher screen resolution (1440 x 2560), an acclaimed 12MP camera, a 5.1-inch screen and is almost totally waterproof. There's also an even more stylish version of the phone available with interactive edges: the Samsung Galaxy S7 Edge. The Samsung Galaxy S6 is another possible choice. Slightly less powerful than the S7, it still has an advanced camera and handy features like native live streaming in conjunction with YouTube.

In fact, if you intend to use your smartphone for making videos and sharing social media content, Android based phones are often superior. But they fall down in other areas, like reliability and the quality of iOS apps compared to Android apps. Apple phone users can also connect their smartphones to other Apple devices automatically and share their content in a flash. It’s much harder to do so with Android phones (but far from impossible).

Then again, you’ll often pay a premium for Apple products. You can find big discounts at HotUKDeals, but generally the 6s and the iPhone 7 will be pricier than their Android competitors.

When you’ve made your final decision, where is the best place to get hold of an iPhone 6s? One obvious place to head is Apple’s online store and their high-street locations. For now, the iPhone 6s remains in production, so you can visit their store, ask for more information and even give it a try if you want to make sure you are making the right purchase. After that, the best idea is to search for iPhone 6s discounts at HotUKDeals. You’ll find that many of the UK’s biggest phone retailers are offering reductions, including Argos, Tesco and Currys. But the best place to make your purchase is often online. There’s a huge array of merchants selling 6s phones online, including Amazon and eBay sellers, Carphone Warehouse, Envirofone, Gearbest and uSwitch.

Try to time your purchase well to find the lowest prices. November is a good time to check the listings, with Black Friday and Cyber Monday seeing big reductions, and the post-Christmas sales always bring plenty of savings too. But as Apple add new phones to their range, the 6s will fall in price, so any time could be a good time to find a deal. All you need to do is bookmark the iPhone 6s HotUKDeals listings and return on a regular basis.

Save Money at HotUKDeals with the iPhone 6s Offers

The iPhone 6s is a fantastic smartphone, offering high resolution graphics, an excellent camera, 4K video capture, a fast processor, the revolutionary 3D Touch screen and access to Apple’s iTunes library. If you're looking for the best iphone 6s deals UK, the listings at HotUKDeals regularly offer big savings, so don’t miss out.