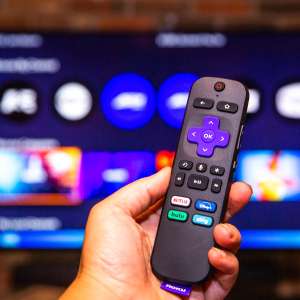 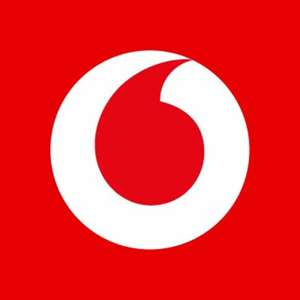 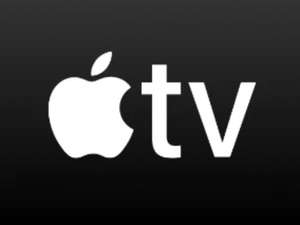 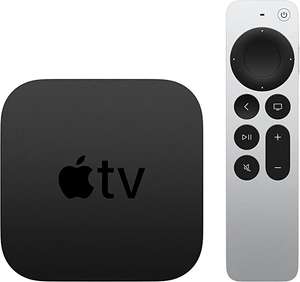 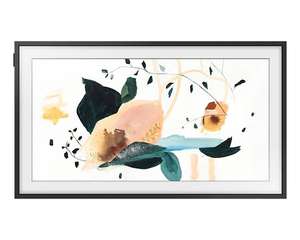 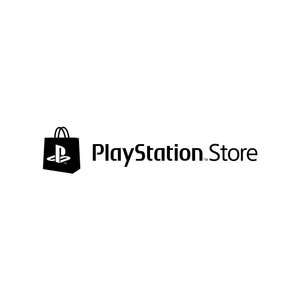 Featuring smooth link-ups with Apple's iPhones, iPods and iPads, it's a great tool for people who have plenty of iTunes tracks on their account, as well as a handy streaming service for all families.

However, Apple TV isn't the only streaming device in town. This buyer's guide will explain how it works, and how you can choose the right media streaming service for your needs. 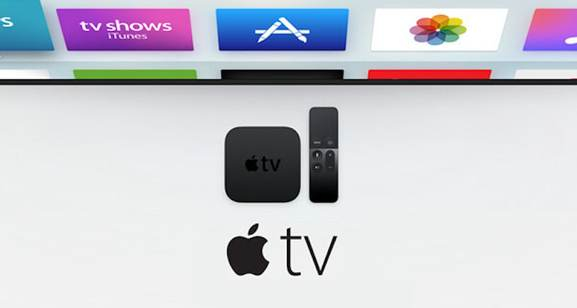 The Whole World of Entertainment in One Box

Apple TV has been around for quite a while now, having been launched in 2007. The first generation required a computer with iTunes installed to function and initially came without a remote. However, this was soon rectified with updates and new packages, until the first generation resembled today's products by 2008.

2010 saw the arrival of the second generation of Apple TV boxes, with an updated iOS based operating system, a stripped back design and virtually no disk space, with everything being streamed at that stage. A third version arrived in 2012, which focused on synching up with the iPad and bumped up the resolution to cutting edge 1080p.

Then, the fourth generation of Apple TV debuted in 2015. This time, the company made some major changes, vastly improving the control and making the box ready to handle demanding apps. This iteration of Apple TV remains available, but Apple TV 4K has now also been developed and released, allowing viewers to access ultra-high resolution streaming.

All the while, Apple has been competing hard with Google and Amazon for the upcoming TV/movie streaming market, and competition remains extremely fierce. In fact, Amazon took two years to develop an app to let Apple TV users streaming their own Prime content.

How Does Apple TV Work?

Apple TV is basically a streaming media box that takes content from the internet and streams it to standard household TVs, a little bit like competitors like Amazon Fire. However, unlike other streaming services, Apple TV hooks up with Apple devices and apps, extending its capabilities considerably. Here are a few of its key features:

It's also important to note that Apple TV can only be used to rent movies or play music from iTunes if you have an iTunes Store account.

Apple TV comes with a box and a remote, but not much else. As with most other streaming products like Amazon Fire or Chromecast, you don't purchase subscriptions to services like Sky or Netflix by purchasing Apple TV. Instead, you'll need to download apps separately, then purchase subscriptions before you can watch them on your box. Then again, you can hook it up to other Apple services like iTunes or Music as soon as you've got it plugged in, and there's no lack of free TV content around, such as BBC iPlayer.

As well as apps delivering TV and movies, which are the main attraction with Apple TV, you can also download a range of games from the App Store. You can play them with the remote, but it's also possible to connect Xbox or PC controllers, adding an appealing gaming dimension to the whole product.

For tech heads and anyone picking between Amazon, Google or Apple products, specs can make or break your purchase. Here's what you get with Apple TV:

To get started with Apple TV, you'll need to buy the Apple TV pack, which includes the following elements:

Documentation is also provided, which should lead you through how to set up and get the most from your Apple TV products.

Apple TV comes in two main packages: 32GB and 64GB versions. Does it really matter which one you choose?

At first glance, 32GB might seem to be very light on storage space. Anyone who has built up collections of movies or music tracks on their hard disk will know that 32GB doesn't go very far. However, this can be deceptive in the context of Apple TV.

That's because Apple TV is all about streaming, making pure storage space much less of an issue. You'll need some space to stash the apps you use, such as iPlayer or Netflix, but these don't take up more than a few MB at any one time.

When you rent films or TV episodes from Apple or other streaming apps, these will be downloaded onto your box, however. But the thing about these rentals is that they are time limited. They won't be there forever, clogging up your disk. And most people will struggle to fill 32GB with short-term content, although if you have a family with varying tastes or you simply can't stop watching TV then there's a case for 64GB.

Apple has also included a clever system known as “app thinning” to TvoS, the operating system that lies behind Apple TV. This reduces the number of resources needed to stream content and run games, only downloading the code that is relevant for particular game levels or streaming services.

Right now, app thinning and the (relatively) limited selection of games available for Apple TV means that it's very tough to overflow your disk space. However, if you are an avid gamer and know you'll be a serial downloader when the game selection broadens, you'll need 64GB of space.

So there's a balance. Most people won't need 32GB, let alone 64GB, so they should stick to the cheaper option. But 64GB might be necessary for major downloaders of movies, TV or gaming apps. 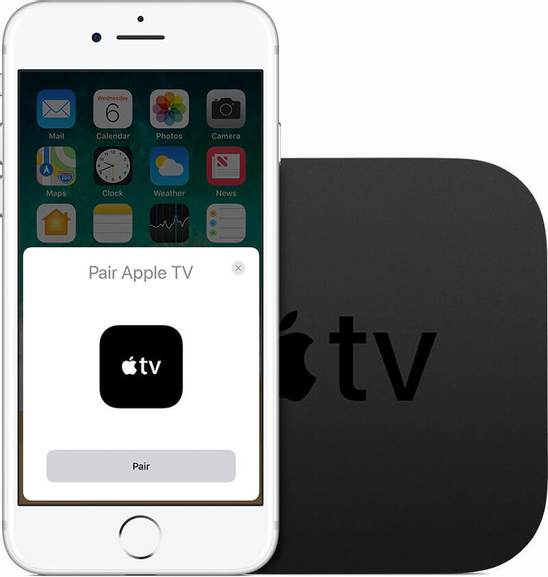 In 2018, Apple realised a large update for Apple TV, realising the new Apple TV 4K. Before this realise, Apple TV did not support 4K, meaning it lacked behind its competitors, such as Chromecast and Fire TV Stick, in terms of high resolution viewing. However, the Apple TV 4K can now handle all 4K content, with HDR10 and Dolby Vision also supported, and the picture looks fantastic. Obviously, you'll need a compatible 4K TV set to enjoy the picture in 4K.

The Apple TV 4K also has a sleek new interface, which looks great in 4K. The new interface is essentially a cleaned up version of the interface from the previous iteration of the Apple TV, but it looks sleeker on an Ultra High Definition TV. The interface has also been designed with ease of use in mind, with it mirroring the interface used on the iPad and iPhone.

With Apple TV, it's all about the apps. How much fun you derive from your box and controller will depend on which apps are available, and which ones you are willing to shell out for. Here are some of the most popular:

However, be sure to explore the app selection to find options that suit your interests. For example, there are exercise and wellness tools like Yoga Studio, home security apps like Nest, and travel booking apps like Kayak. With the right portfolio installed, you can turn your Apple TV system into a fully-fledged home entertainment and web browsing station.

We also noted above that Amazon initially resisted making their content available for Apple TV customers. Thankfully, they have relented, promising to make the Amazon App compatible with Apple boxes. A new app was due to be released in mid to late 2017. 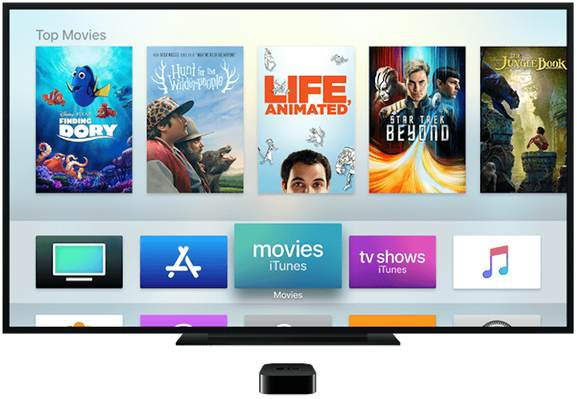 Apple is making gaming a major aspect of Apple TV, with their app store and the motion capture elements of the Siri Remote. But how does the games selection measure up?

It's actually pretty good, and getting better. You'll find graphically gorgeous games like Alto's Adventure, Mario-style platformers like Chameleon's Run and even updated versions of the classic arcade game Frogger, like Crossy Road (a major favourite).

You'll find shoot 'em ups like Geometry Wars 3 and retro-inspired gems like Chillaxian, racing titles like Impulse GP and immersive RPGs like Transistor. They might not have the graphical prowess or depth of PS4 titles, but the library is getting bigger and more impressive every week.

A full Apple TV setup will usually cost around £150 with the Apple TV 4K costing even more, and that's before paying for things like NOW TV passes or Netflix subscriptions, so finding cheap Apple TV deals is a necessity. Fortunately, there are plenty of ways to do so.

Firstly, make a decision about whether you'll be needing the 32 or 64GB version. There's a price gap of about £40 between them, and the extra 32GB won't be essential for most users, so money saving starts by avoiding over-buying storage space.

Secondly, don't buy too many accessories with your box. If you buy via the Apple Store, the company will try to sell you extras like Nimbus gaming controllers, and wireless access points. You probably don't need these but, if you do, you can often find them cheaper via HotUKDeals merchants.

Thirdly, decide whether you need 4K resolution or not. There is a significant difference in price between the standard Apple TV and the 4K edition, so decide which one makes the most sense for you. If you do go for the Apple TV 4K, make sure your TV supports 4K definition!

When it comes to buying a box, always shop around by consulting the hotukdeals Apple TV listings. You'll find offers from Apple themselves, as well as UK retailers like Currys, Asda, John Lewis, Cex, Tesco, and Staples. These sellers regularly discount boxes well below the prices quoted by Apple, so don't assume that purchasing from the manufacturer is better.

Think about waiting until Black Friday and Cyber Monday, or the January Sales as well. If you want to stock up on extras like controllers, you'll find bundle deals in November and January, as retailers try to get their festive sales off to a good start or try to sell off stock after Christmas. You'll also be able to choose between other boxes or systems like Chromecast, NOW TV and Amazon, giving you a good idea of the cheapest TV deals.

The Best Prices for Apple TV on hotukdeals

With its characteristically well-designed box and controller, its wide range of games, music and web browsing apps and, more importantly, its huge selection of movies and TV shows to watch, Apple TV is a great way to organise your home entertainment. Find the latest offers and deals, and update the way you watch TV by making a purchase from the hotukdeals Apple TV listings.