Chromecast lets you stream online content directly to the TV screen. All it requires is a smartphone or computer logged onto the web, and owners can watch all kinds of streaming content without the need for a set-top box. All of the best Chromecast deals and offers can be found at hotukdeals. 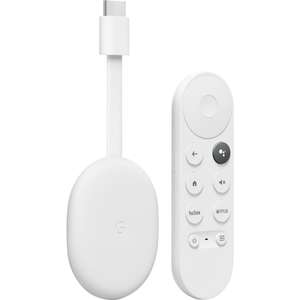 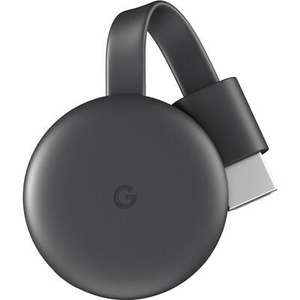 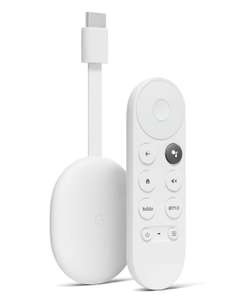 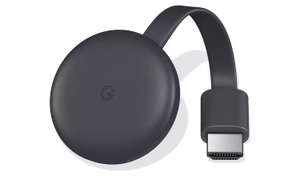 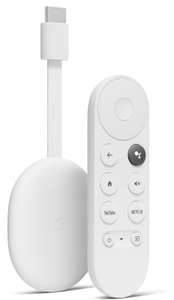 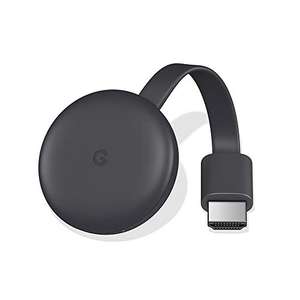 Chromecast Deals: The Cheap and Easy Way to Stream Your Content

Chromecast is the streaming solution from Google that allows users to stream content from the web onto any TV with an HDMI port. Compatible with tablets, phones, and PCs.

The very first Google Chromecast dongle arrived as recently as July 2013, when Google announced a breakthrough. Available at first only in the USA, the initial Chromecast player was an instant success, representing a bridge between internet-only streaming services and conventional TV.

There are a number of ways to get started with Chromecast and a number of different Chromecast products to consider. This hotukdeals buyer's guide explains how to get one as cheaply as possible, as well as giving you all the information you need to know before you buy Chromecast device.

What Do The Critics Make of the Chromecast?

While Chromecast is easily the most popular streaming device out there, it's important to not follow hype and consider the opinion of the experts. So, what's their verdict?

Reviews for Chromecast have been mostly positive. Tech Radar awarded it 4.5 stars out of 5, praising its low price and sleek design, only taking half a star away for its lack of 4K streaming. Meanwhile, The Verge gave Chromecast 7/10, approving of its Google Assistant support but criticising its lack of a physical remote.

Tom's Guide was critical of the 3rd Gen Chromecast, labelling it "behind the times" as the latest version of Chromecast has "no significant improvements over [the] second-gen".

Lets Look at the Tech Specs of the Google Chromecast

Here are the full Chromecast Specs:

5 Great Features of the Google Chromecast

While you get all these features with the standard Chromecast, the Chromecast Ultra gives you the added bonus of being able to stream and watch content in 4K Ultra HD. So, if you own a 4K TV and are looking to make the best use of it, be sure to also check out our 4K TV deals listings. Check out the main Chromecast features:

If you're thinking about buying an Chromecast, then you might want to also think about Chromecast Ultra. It may be more expensive than the standard Chromecast, but the Ultra supports 4K streaming as well as Google's Stadia games console. Check out the more comparison below:

The Pros and Cons of the Google Chromecast

With other streaming options like Roku or the Amazon Fire Stick also available, you may well be wondering what the Chromecast does better than its competitors, and where it falls short. To help you get a quick overview, let's take a look at the pros and cons of the Chromecast:

Cheap – The main asset of the Google Chromecast is its price. With a good deal, you might be able to pick one up for as low as £15, with older gen models being available used for even less than this!
Smart Home – If you already have a smart home device like the Google Home, you can connect this up to the Chromecast and call up content simply by using your voice.
Simple-to-Use – All you need to do is plug into HDMI and to USB to get going. Beyond that, there's no complicated setup or hoops to jump through. Just plug it in then start watching.

No 4K Streaming – Seeing as 4K content is becoming the new norm, this is a big drawback. While the Chromecast Ultra does support 4K content, the standard Chromecast doesn't.
No Remote – You always need your phone, tablet or laptop nearby to use the Chromecast.
Glitches – Most of the time, Chromecast works seamlessly, but there are instances of issues with the streaming.

How to Set Up A Chromecast

It may be an advanced piece of technology, but Chromecast isn't hard to get up and running. Here's a quick guide to setting up a chromecast using a phone.

Key FAQs About the Chromecast Answered

Does Chromecast work with the iPhone?

Yes, the Chromecast is fully compatible with both the iPhone, iPad and Apple's other products like the Macbook or iMac.

Does Chromecast need Wifi to work?

Does the Chromecast need its own power?

Yes, the Chromecast requires its own power via a USB port. This can be a USB port on your TV or another source like a USB power outlet.

Does Chromecast work with iPad?

Yes, the Google Chromecast works with iPads and all Apple devices.

Does Chromecast have a remote?

No, the Chromecast is controlled through your device and the Google Home app.

Does Chromecast have bluetooth?

No, the Chromecast does not use bluetooth, instead it uses WiFi to connect to devices.

Does Chromecast have Netflix?

Yes, you can cast netflix to your TV using a mobile device and a Chromecast.

Chromecast is one of the best streaming devices around. Manufactured by search engine giant Google, this little dongle lets anyone whose TV has an HDMI port stream video or audio content from the web. We used to rely on antennae and satellite dishes to receive TV. Not anymore. Now we have access to an immense variety of streaming services thanks to devices like Chromecast.

So how can you get the best Chromecast deals? Well, the first thing to do is to note down the face value of a brand new Chromecast or Chromecast Ultra. That's your benchmark for assessing each deal to ensure you get value for money.

Now, head to the hotukdeals Chromecast listings, where you'll see what the UK's biggest tech retailers are offering. Pick deals from John Lewis, Currys PC World, Argos, and Tesco, as well as lesser-known merchants. Some retailers like Maplin are also keen to market Google's range of smart devices such as Google Home. If you are smartening up your household, buying Chromecast and Google Home at the same time can save plenty of money.

If you already have a Chromecast dongle, it's also worth noting that some entertainment companies offer special deals for Chromecast owners, such as NOW TV for example. So there might well be ways to save money on sports or movies even after you've bought the right Chromecast dongle.

Then there are seasonal sales. As with most tech products, Google's Chromecast UK dongles often plummet in price around Black Friday and Cyber Monday in mid-November. Be sure to check the hotukdeals as the day approaches if you are intending to make a cheap Chromecast purchase.

Get a Cheap Chromecast Deal at hotukdeals

Google Chromecast UK and other streaming devices are rapidly becoming standard across the UK, providing a way to access streaming movies, TV, YouTube videos, sport, documentaries and music. Whatever your entertainment tastes, you can probably find a use for Chromecast, and you can certainly find the best Chromecast offers at hotukdeals.