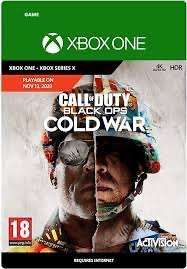 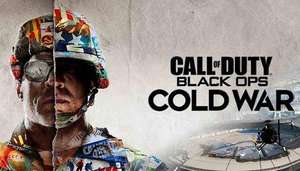 196° Expired
Posted 1st SepPosted 1st Sep
Call of Duty: Black Ops Cold War 2020 PC Digital Download - £16.49 via Battle.net£16.49Battle.net Deals
Cheapest it's ever been as far as I can tell? I've always been a PC CoD gamer and after having a couple of years out, I've been catching up on all the titles I've missed out on... I picked u… 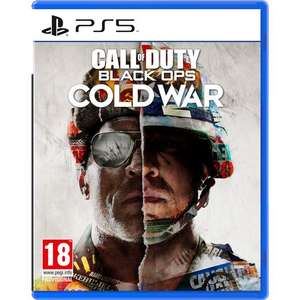 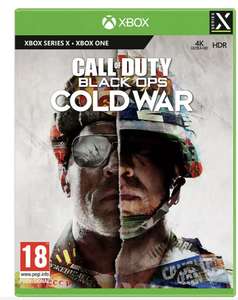 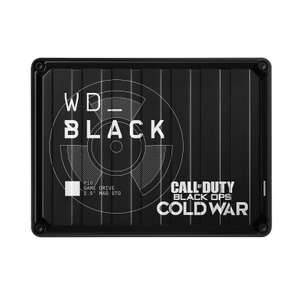 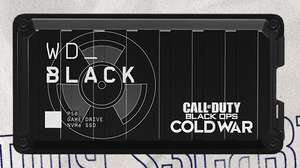 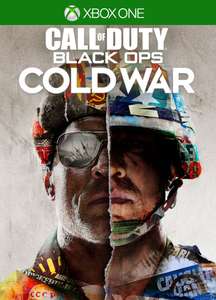 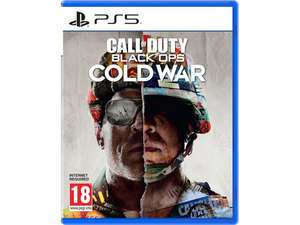 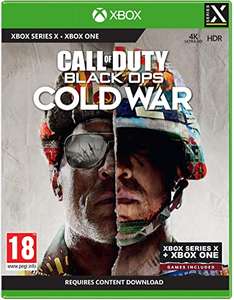 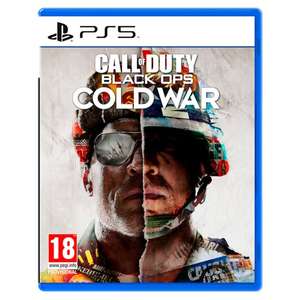 Cortexed 10Get deal*Get deal*
Sign up to Daily Picks (our in-app replacement to WhatsApp deal alerts!)
113

Call of Duty first appeared in 2003 and shows no signs of slowing down. The special ops franchise has become a global sensation, taking players from anti-terrorist missions to zombie killing marathons. Black Ops Cold War was released for PS4, Xbox One, PC, Xbox Series X and PS5 on November 13, 2020, and updates 2010's COD Black Ops. Focused around the late 70s and 80s, this edition of the franchise takes you into the murky world of the late Cold War, with nuclear threats and plenty of stealthy gaming action to discover.

Call of Duty tends to be well received by the gaming press due to the quality of the titles in the series and the general popularity of the franchise. But is this the case with Black Ops Cold War? By and large, yes. Most reviewers have welcomed the new update, with a relatively strong Metacritic rating for Xbox, PS4 and PC. However, most reviews have been tempered with criticism. For instance, IGN liked the engine and gameplay, while noting the lack of new modes and ideas. Gamespot enjoyed the story but wasn't impressed by multiplayer, which seems to have stood still. Even so, most reviewers agree that it's a solid COD entry. PS5 and next-gen Xbox content has also been warmly received.

Here's what you can expect from COD Black Ops Cold War gameplay:

If you can't find an Ultimate Edition of Call of Duty Cold War cheap, you may need to buy a Battle Pass separately. This isn't essential, but if you intend to rise up the Warzone ranks it's likely to be a must-have. And you can find plenty of Call of Duty Battle Pass discounts at hotukdeals.

Call of Duty Black Ops Cold War has received an instant DLC update in the form of Nuketown, and players can expect much more in the future. Nuketown comes bundled with some versions, but from December 2020, DLC will also be available to purchase separately.

Call of Duty has spawned a sub-genre of clothing based around the game, and Black Ops Cold War is no exception. T-shirts have already appeared, and expect baseball caps and hoodies to follow.

If you want to store your Playstation Controller or Xbox controller in classic COD fashion, check out these Monkey Bomb accessories which are based on the game's famous Monkey Bomb weapon. Made by Cable Guys, they come with 2m USB charging cables and can be used for phones as well.

Yes, multiplayer modes are available for all systems.

What platforms if Call of Duty Black Ops Cold War available for?

Call of Duty Black Ops Cold War is available for PC, Xbox One and PS4 consoles. It can also be played on Xbox One X and PS5 systems.

Yes, but there is no exclusive PS5 disc version. The best way to purchase COD Black Ops Cold War for PS5 is to purchase the Cross Gen edition which includes PS4 and PS5 versions. There is also a version for Xbox One X and Xbox One consoles.

How do you Call of Duty Black Ops Cold War for PS5 consoles?

What was the release date of Call of Duty Black Ops Cold War?

Are there different editions of Call of Duty Black Ops Cold War?

How many multiplayer maps are available with COD Black Ops Cold War?

Is there a Battle Royale mode in COD Black Ops Cold War?

No. However, players do have access to Warzone, a COD-themed Battle Royale game which will offer special content related to Cold War.

The Call of Duty franchise has entered the shadowy world of the 1980s and the twilight of the Cold War, but will you be able to save the world from nuclear destruction? There's no doubt that COD Black Ops Cold War offers plenty of excitement, but how can players enjoy cheap thrills from Activision's latest instalment?

Fortunately, finding Call of Duty Cold War deals isn't difficult, and everyone should be able to save. Firstly, make a decision about buying the Standard or Ultimate Edition. Standard comes with the game itself, including all of the Campaign and multiplayer content. You'll start with an underpowered character and need to build up skins and weapons, but the price of the Standard version is much lower, especially with COD cold war deals at hotukdeals.

If you need to have the Ultimate Edition with a Battle Pass included, there should also be ways to save. Adding the Battle Pass makes sense if you intend to dive into Warzone, and it should cover future DLC for Black Ops Cold War as well, so it's a handy thing to look for.

However, if you have a PS4 and intend to upgrade to a PS5 (or you're thinking of trading up the Xbox range), you may not want to buy the PS4 or Xbox One version. If you buy the Cross-Gen bundle, you can access the next-generation version when you get the chance and play on earlier consoles until you've upgraded. The cost is slightly higher, but it can work out cheaper in the long run.

The best way to browse for a cheap Call of Duty Black Ops Cold War purchase is to bookmark the game's hotukdeals listings. These listings feature a constantly updated digest of recent savings from major UK merchants like GAME, Amazon, eBay, CDKeys, ShopTo, the Microsoft Store and the PlayStation Network. You'll find digital and hard copies for sale, with Cross-Gen and single format deals as well.

If you want to find seriously cheap Call of Duty Cold War purchases, holding out for sales events can make sense. Late November's Black Friday and Cyber Monday should see big reductions, along with the New Year sales and Amazon Prime Day. There may also be promotions as new consoles are rolled out, as COD is sure to be a major selling point for gamers. So be aware of that as well.

Whether you're buying for a PS4, PC or PS5, COD Black Ops Cold War doesn't have to cost the earth. Just shop smart with hotukdeals and you'll find discounts that hit the target.

Mixing an exciting Cold War single player storyline with all-new multiplayer modes, good old Zombie warfare and the added perk of access to Warzone, Call of Duty Black Ops Cold War is a major addition to one of gaming's greatest series. Players can pick up the game for PS4, Xbox One, PS5, Xbox, PC and the Xbox Series X, and saving cash is always possible. Just check out the Call of Duty Black Ops Cold War hotukdeals listings for the latest COD Cold War sale bargains.