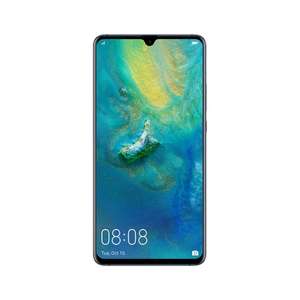 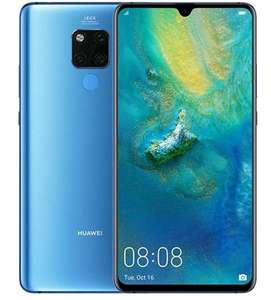 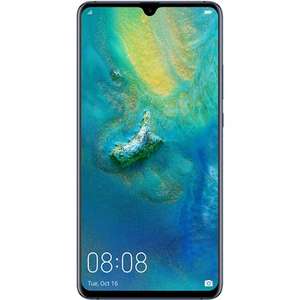 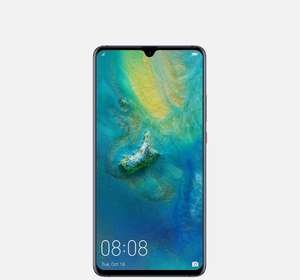 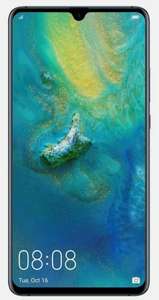 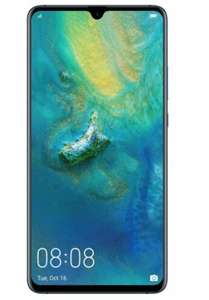 Huawei Mate 20: A Worthy Contender of the iPhone XS, the Google Pixel 3, and the Samsung S9

Launched by Chinese tech giant Huawei in October 2018, the Huawei Mate 20 is the latest version of the company's popular line of high-quality smartphones. Designed to appeal to users of premium phones like Samsung Galaxies and Apple iPhones, the Mate 20 comes with plenty of impressive features and a price point which positions it well below its more illustrious competitors.

If you need to upgrade your phone, the Mate 20 could be just what you need, and it could allow you to save money for extra data or downloads. But don't buy anything just yet. Read on to find out more about whether this is the device for you, or if you need to look elsewhere.

A Quick History of the Huawei Mate Series

Huawei was a relatively late entrant into the world of smartphones, launching the U8220 in 2009. But since then, the Chinese company hasn't really looked back. In fact, their 4G phones have led the way in a crowded market, pushing technological boundaries that even the labs at Apple or Samsung haven't yet attempted.

The Android-based Mate series arrived in 2013, and marked Huawei's first major foray into the premium large-screen smartphone market. The first model shipped with a 6.1-inch screen and either 1 or 2GB RAM - respectable specs for the time. After that, the Mate 2 added a faster Snapdragon processor, while the S shrunk things down a little, and models like the Mate 10 brought in high-resolution OLED screens.

The Mate 20 arrived in late 2018 at a glitzy London launch, a sign of Huawei's global ambitions for its flagship mobile phone. And what users discovered was a welcome addition to a popular collection. Building on previous versions and refining almost every element, the Mate 20 is a solid competitor to today's smartphone elite.

What can you expect from the Huawei Mate 20? Well, the best way to explain the user experience is probably by running through a few of its most innovative features: 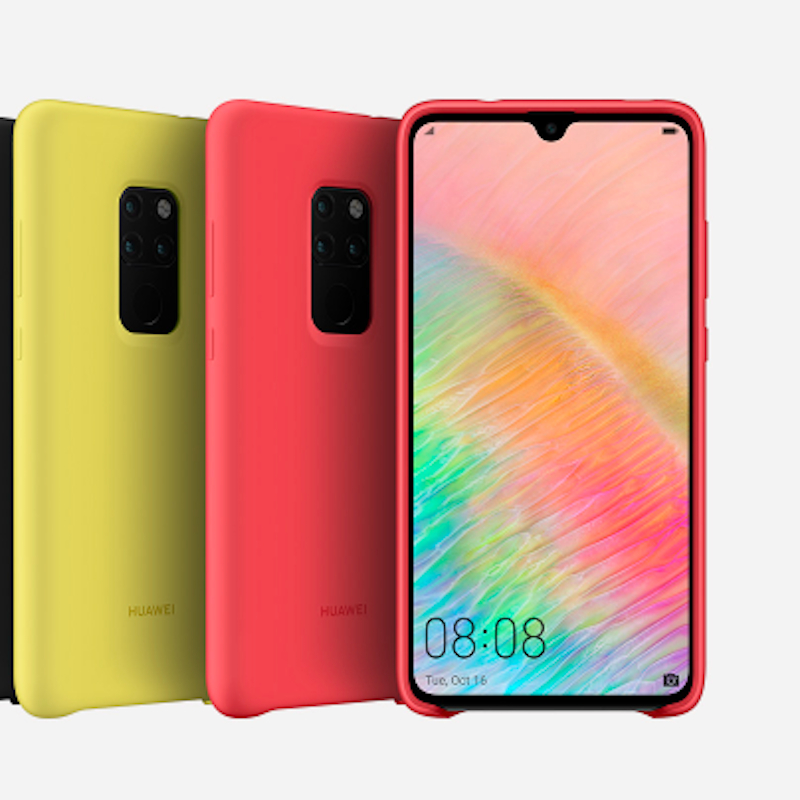 What Can Users Do With the Huawei Mate 20?

Fundamentally, the Huawei Mate 20 Professional is a mid-range smartphone model which does almost everything iPhones or Pixels can do, just at a slightly lower level. There's no getting around the fact that Huawei have sacrificed some technical elements in the quest to reduce costs. But most users won't notice the difference, especially if they are upgrading from basic phones to something more sophisticated.

The phones are especially handy for people who need a range of photography options, without spending almost £1,000 for a top of the line phone. The triple cameras with the Mate 20 provide plenty of options for taking sublime snaps, and the storage options will suit people who need to take photos on the move.

The Mate 20 also works out well for music, streaming and gaming fans. Sure, it's not as fast or graphically accomplished as the iPhone Xr, but it doesn't have to be. The screen is capable of delivering fast 3D visuals, the processor can handle whatever streaming apps you use, while the phone also comes with a 3.5mm headphone jack, not something Apple's more expensive models can boast.

So this is more than just a phone. The Huawei Mate 20 series is a genuine mid-range competitor with a wide range of uses. 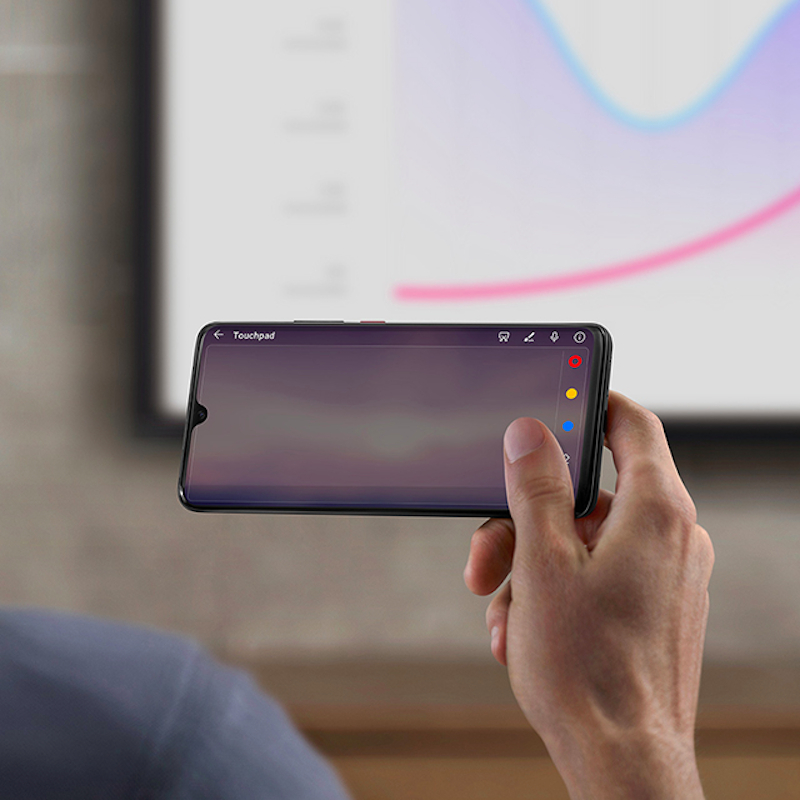 Huawei Mate 20 Reviews: What the Tech Press Have Said

The versatility and value of the Huawei Mate 20 has been praised by numerous phone experts since the October 2018 launch, and in general, the reception has been positive. For instance, Digital Trends labelled it "a worthy competitor", highlighting its excellent battery life, photography features, and the effective fingerprint sensor.

Tech Radar had a similar response, describing the series as offering "incredible power for the price", although their reviewer did criticise the screen resolution and the lack of true dust resistance. Finally, Tech Advisor complimented the cameras and the Dewdrop display, stating that they were "blown away by what's on offer."

However, as we noted above, Tech Advisor were less happy about the basic Mate 20 being unavailable in the UK, a situation that they hoped would soon be rectified (see below for more about this).

There are three different versions of the Mate 20, and it makes sense to deal with them one by one.

And the Huawei Mate 20 Pro:

This deluxe version of the Huawei Mate comes with a slightly smaller, higher resolution OLED screen, as well as a much faster Kirin 980 processor that combines the functions of CPU and GPU in one component, potentially delivering much faster graphical performance. It also beefs up battery performance compared to the basic model, something all users will appreciate. 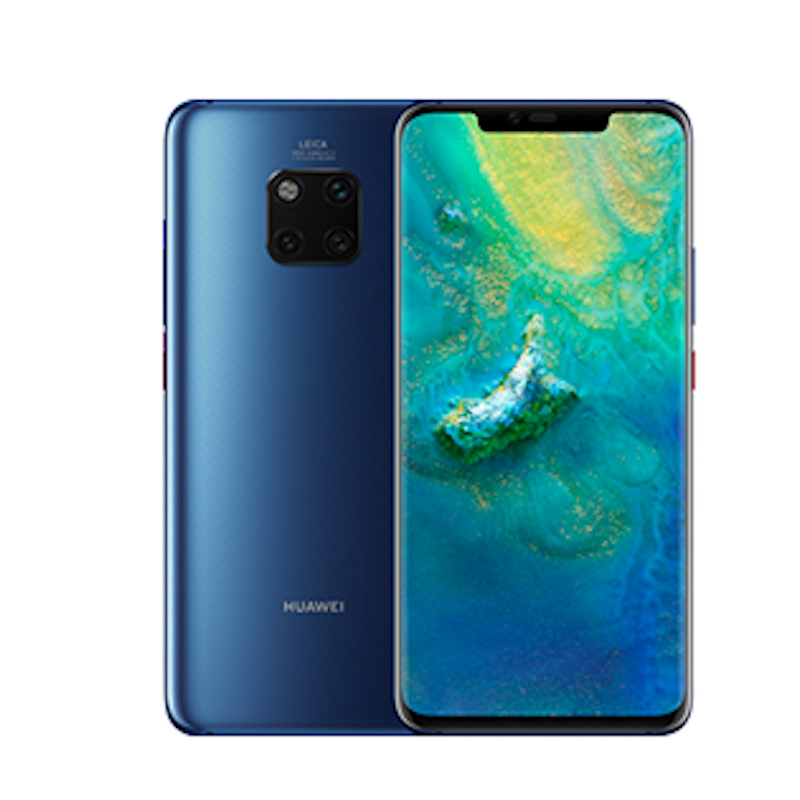 The Mate 20 Professional comes in single and Dual SIM versions. So bear that in mind. With Dual SIM models, you may well be able to find competitive short term contracts and drive down costs, and find better deals for using your Huawei phone when travelling.

And finally, the Huawei Mate 20 X:

The X model is an oversized cousin of the Professional and basic models, and really shades over into phablet territory. Boasting the most powerful Kirin processor of the series, the X weighs in at the highest price tag (unsurprisingly). The extra size could render the phone slightly harder to use, but that's not necessarily true, thanks to the high-grip casing, while dual symmetrical speakers deliver very impressive audio, which will suit gamers perfectly. Another feature gamers will love is Supercool, which allows the Kirin processor to work at full efficiency, while the 5,000mAh battery will let players extend their sessions as long as possible.

Should I Buy the Huawei Mate 20 on a Contract or Sim Free?

All of these models can be purchased in either Sim Free or Contract packages, and each has its own pros and cons.

If you're already a smartphone owner, you'll probably be familiar with the dilemma about which package to go for. Broadly speaking, choosing contracts is great for people who intend to regularly upgrade and want a long-term solution. Merchants like O2, Vodafone and EE offer competitive deals for Huawei models, and they should be featured on hotukdeals, so watch out for the best packages.

Buying the handset alone is another option, but you're unlikely to be able to pay in instalments. Instead, you'll have to pay upfront for your Mate 20, which can be a financial issue. However, if you can buy like this, going Sim Free can actually work out cheaper.

If you choose this option, you can take advantage of short term SIM deals and customise the way you pay for your phone. And if you pay at once, you won't need to pay any interest charges, which can send the cost of contracts soaring. However, you'll also need to think about selling on your phone when you need to upgrade. With contracts, your phone company will generally suggest upgrades and provide cut-price handsets (plus interest, of course).

Basically, it all comes down to which deals are available when you come to buy. As ever, the thing to do is check the hotukdeals Huawei Mate 20 listings and cross-reference the various offers.

How to Choose the Right Huawei Mate 20 Model for You

As the specifications and short descriptions above should hint, the three models of Huawei Mate 20 are significantly different, and will appeal to different user groups. All of them come with high-quality hardware features, including Kirin processors. But the processor on the basic model is considerably less advanced than the Kirin 980 sported by the Professional version. And there are also variations in memory, battery life, screen size, and screen type.

The most obvious difference is that the basic Mate 20 has an IPS screen, not an OLED, which comes with the other two versions. This cuts the cost dramatically, but you'll notice the difference when gaming or watching movies.

The Professional model has a much more advanced screen, and a larger battery capacity. But it's not that much bigger than the battery on the basic model. So don't assume that you'll be able to stream for longer with the deluxe model. You may actually find the basic Mate 20 lasts longer because it places fewer demands on the processor.

But the Professional model will look better when playing games, managing photos, or watching sport. That's hard to deny. And it's also generally beefier, with more memory and storage. However, if you want a multimedia experience and more functionality, it might be worth shopping around the X, which resembles a shrunk down tablet as much as a phone.

Moreover, the Professional and X versions come with triple Leica lenses. This is a massive step up from the basic version, so anyone with a serious interest in photography should take note. 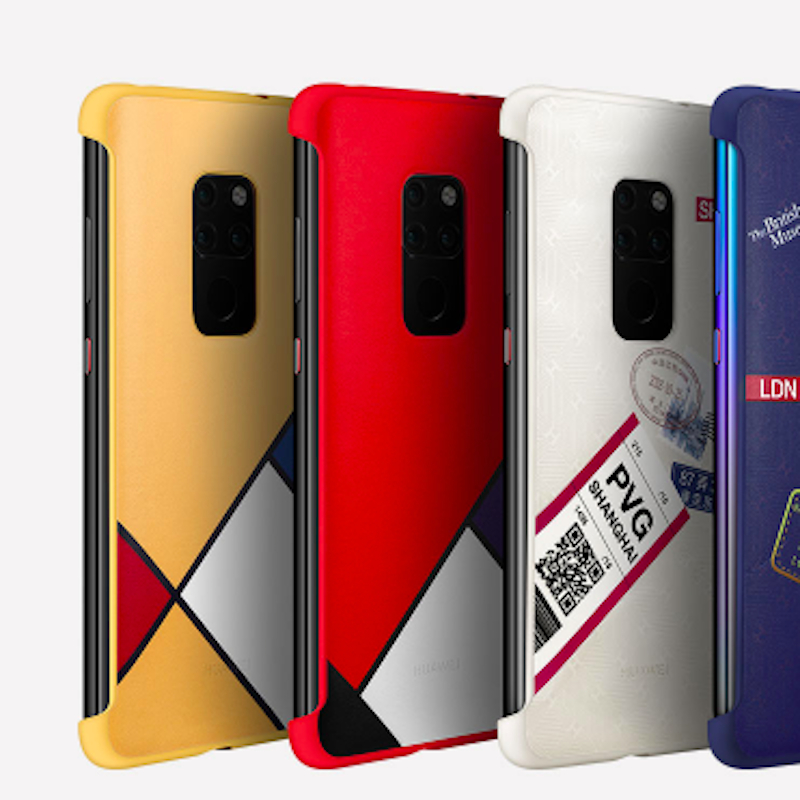 Another consideration will be whether to choose a Huawei Mate 20 model or something from Apple's iPhone range. It's important to reiterate that the Professional Mate 20 is not an iPhone Xr, Xs, or Xs Max. It's not quite in that league. But don't worry. It's not that far off, and does a good job of copying high-end features, while reducing costs.

Many commentators have suggested that the Mate 20 Professional was "inspired" by 2017's iPhone X, and that's a fair comment. It's top-notch, face scanning functionality, fingerprint sensor and all-over design resembles that iPhone in many ways. And even though the X isn't the latest iPhone, you'll still find that the Mate 20 undercuts it in terms of price.

Screen-wise, the Mate 20 Professional competes well with even the most recent iPhones (but the basic Mate 20 doesn't), while the three Leica lenses are actually a step up from Apple's cameras. However, the iPhone has never been a premium camera phone, so this isn't a huge surprise.

So the most expensive Huawei Mate 20 models offer stiff competition to Apple's phones. But they aren't as powerful, they aren't quite up to the same standard in terms of graphics, they don't have the same support, and they aren't as physically rugged. If you don't mind a slight step down in these regards, though, the Mate 20 Professional or X will do just fine.

How and Where to Buy a Huawei Mate 20

Before suggesting some ways to save money on your Huawei purchase, we need to return to availability. The Huawei Mate 20 Professional, Lite and X models should be available from UK phone sellers.

But you may also see another variant of the basic Mate 20 which is not scheduled for release. This model occupies a middle ground between the basic version listed above, and the Professional variant. So it may be worth searching for if you aren't happy with the gulf between the models in UK Mate 20 collection.

With that out of the way, let's suggest some ways to find a cut-price Mate 20 deal. Most importantly, make a decision about how you want to buy your phone (just the handset or via instalments). And shop around at the hotukdeals Mate 20 listings to see what kind of prices major retailers are offering.

Shopping at certain times of year is also advisable. If you intend to go for a high-end Mate 20, Black Friday is a good time to shop, if you can wait until November. Prices generally tend to drop in Autumn as well, as it's the season for launching new models. It's a great time to pick up older phones that are still very useful, but about to be superseded.

Huawei's Mate 20 collection represents a strong addition to the mid-range smartphone market. Featuring high-quality screens, user-friendly designs, lightweight constructions, and enough power to satisfy the most demanding gamer or movie watcher, these phones are serious pieces of kit. Find the right model for less at the Huawei Mate 20 hotukdeals listings.