All Need for Speed Discounts, Offers and Sale - May 2022 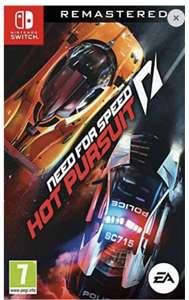 Both great games and stand up well. Already had Paradise so taken a punt on HP. Thanks OP. Heat

Open the eShop on your Switch.

Need for speed. The contrast is off on burnout. For example the nights are so dark you really need the gamma raised. I really love burnout on my pc, but the port on switch is just odd. Performance is great though. But hot pursuit is excellent all round. 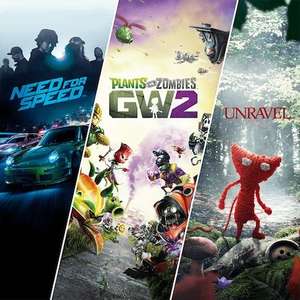 390° Expired
Posted 30th MarPosted 30th Mar
[PS4] EA Family Bundle Inc Plants Vs Zombies GW2, Unravel & Need For Speed - £3.49 @ PlayStation Store£3.49Playstation Store Deals
Whether you want to enjoy the biggest, craziest battle in the universe with Plants vs. Zombies™ Garden Warfare 2, push your limits with Need for Speed™, or embark on a seemingly larger than …

Worth it for Unravel alone. 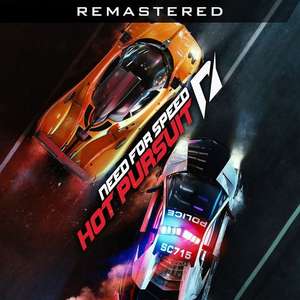 Im more tempted for burnout to be honest

This or burnout paradise?

Already have it physical and digital on PS4, and very tempted by this. Phenomenal game!! 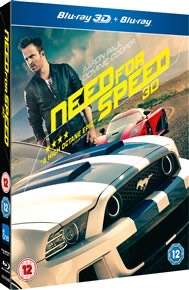 Cheers OP! Gone for it!

Winging it's way to my door (y) Feel this gonna sell out quickly.

The scene where the shelby gt500 is revealed was so cool.

Genuinely underrated in my book! Absolutely loved it!

What a bargain, worth it for the 3d version 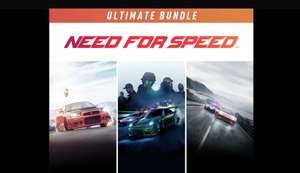 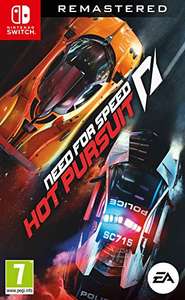 Fun game but the 'remastered' part is questionable. Looks pretty much just like the original

Often referred to simply as NFS, Need for Speed centres on street-car racing. However, over the years many of the games have diversified to include police car chases, motorsports in the style of Forza and treasure hunts. NFS may not be a serious driving simulator, but it has been praised by critics and players alike for its gorgeous visuals, ingenuity and pace. As the series grew in popularity, it gained a spin-off film and a range of Hot Wheels toys. 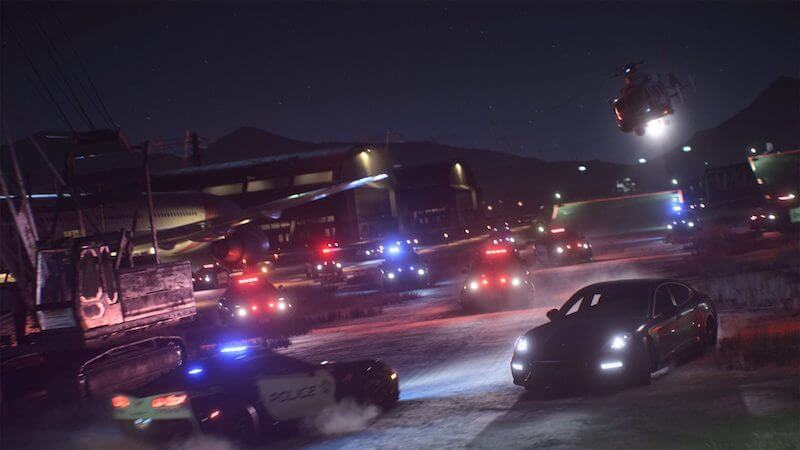 The Need for Speed Story

NFS was first developed by a small Canadian games studio called Distinctive Software which was bought out by Electronic Arts in 1991. From this time, EA continued to work on the title, getting the first instalment, Need for Speed, ready for release in 1994. Since then, collaborating with a range of other developers, EA have produced a new game in the franchise almost every year and combined sales have reached a staggering 150 million units.

There is a Need for Speed title for almost every home console from the fifth generation onwards. Fans of retro-gaming can play older games like the original Need for Speed, on the Sega Saturn or the PS1. By 2002 Need for Speed: Hot Pursuit 2, was released for sixth-generation consoles like the GameCube, the PS2 and the Xbox.

In 2004, the eighth title in the series, NFS: Underground 2, became available. Underground 2 was a notable entry because it was the first from NFS supported by portable consoles like the Gameboy Advance, the Nintendo DS and mobile phones. The original NFS: Most Wanted, released in 2005, was the first in the series that worked with the Xbox 360. This was closely followed by NFS: Carbon in 2006, which supported even more seventh-gen consoles like the Wii and the PS3. Each of these games can also be played on a PC. 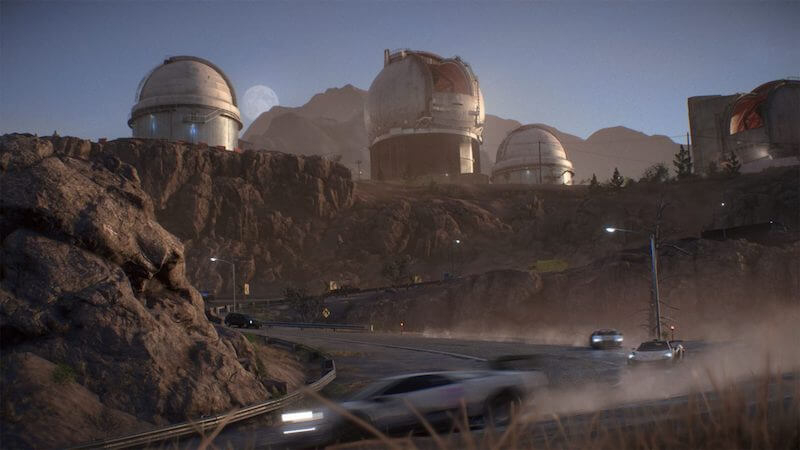 Apart from these classic titles, there was a number of more titles in the video game series released: 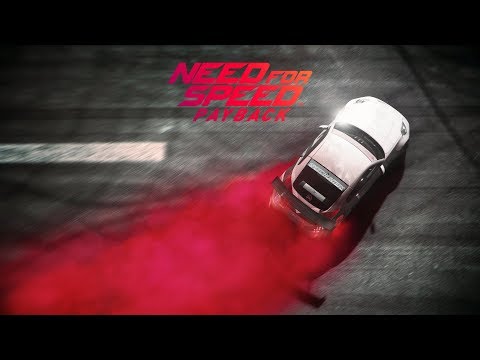 Although it had a lukewarm reception from film critics, the movie, released in 2014, is everything that most gamers would expect from a big screen extension of the franchise. The plot, which involves a street car driver fresh from jail and a cross-country race, is pretty thin, but the eye-popping manoeuvres are plentiful and the cars look awesome. If you’re prepared for a few hours of popcorn cinema, you could enjoy it.

EA has released a vast amount of DLC and bonus packs to boost the gameplay in the Need for Speed series. Here are some of the most popular.

At the PlayStation Store you can choose from a selection of vehicle downloads. These enable you to grow your collection of cars or purchase one type of car to use in specific games.

These DLC bundles build on the NFS universe with more tracks, added storylines and exclusive customisations.

Need for Speed games are known for delivering a white-knuckle ride through colourful locations, in a world inspired by films like The Fast and the Furious and 1980’s cop shows. Cars perform incredible stunts whilst sustaining only cosmetic damage, reaching speeds that provide a massive adrenaline rush to players. NFS offers some of the best arcade racing in the genre, giving players a fantasy version of the sport, decked out with hyper-cars and stunts that would never happen on simulators, because they mirror the physics of real vehicles.

The handling is undemanding, but you’ll rarely find any rubber band racing in NFS, as the developers removed it in response to pressure from players. If you take a wrong turn, crash, or fumble a corner, the cops or your AI rival will keep moving in real time, so mistakes can be costly.

The emphasis is on juicy thrills and high-performance custom cars, rather than realistic driving situations. Players win races to earn a fleet of exotic vehicles, then they can deck them out with creative paint jobs, and under the bonnet, additions to add muscle. These elements give you the edge in certain races, but in NFS: Payback, the concept is taken even further with a "live tuning" feature which puts players in charge of how their car reacts.

Storytelling and cut scenes form a part of the action, especially in NFS titles like Underground (2004), Undercover (2008), and Need for Speed (2015), but this is really window-dressing for the main event. The developers know that players are mainly here for the cars, so they even keep cities, suburbs, and rural areas empty of traffic and people, to lessen any distractions. 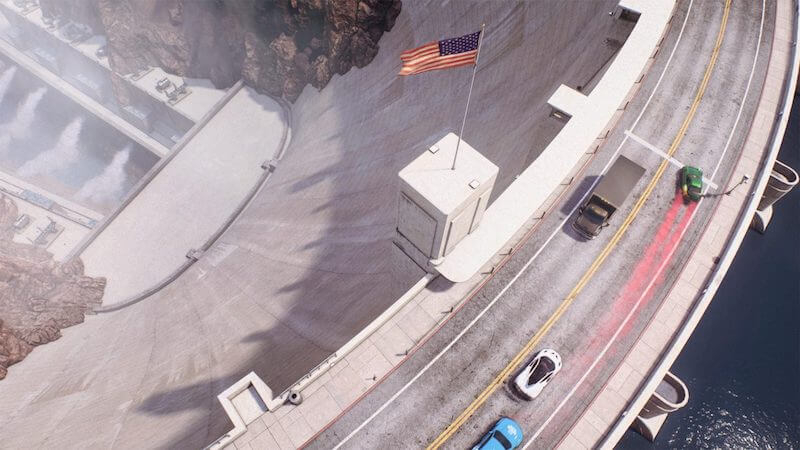 A game with DLC will inevitably end up occupying a lot of space on a console, but for a blockbuster title, the initial install takes up a relatively small amount of memory. Here are the minimum system requirements to play the 2017 release, Need for Speed: Payback:

Minimum requirements on Xbox One

What is Awesome About Need for Speed? What Could be Improved?

They’ve been releasing games for nearly a quarter of a century, but have the team behind Need for Speed: Payback, ticked all the boxes? Here’s a look at what the game does well and what needs perfecting: 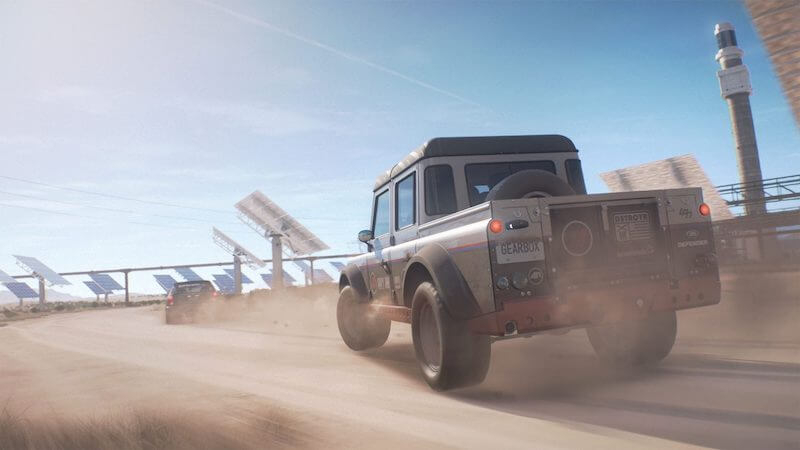 How to Find Need for Speed Games at Bargain Prices

You can browse the PlayStation Store and the Microsoft Storefor digital copies of individual games and DLC - they also sell selected physical copies. Argos, Currys and Tesco Direct also have extensive online gaming sections, as does Game. Second-hand copies of new and classic games are often available from eBay and CeX.

Stores usually reduce the price of older games, but to find bargains on more recent releases you can shop during sale periods. These tend to be at the start of summer, spring and winter, or prior to special events like bank holidays and Christmas. Black Friday is another great time to save money on Need for Speed games and merchandise, as retailers across the UK slash the cost of gaming products by 50% or more.

Need for Speed Offers at hotukdeals

The hotukdeals community collects new offers on Need for Speed from across the internet every day, then they're brought together on a page dedicated to the franchise to help you always find the best price and advice.