FIFA 20 includes updates to the familiar content players already enjoy, with the addition of Volta football for fans of street soccer. It is available for the Xbox, PlayStation, Nintendo Switch and Microsoft Windows, with the Ultimate Edition and Champions Edition available for hardcore fans. To find a FIFA 20 discount visit the hotukdeals page, where we publish all the latest reductions. 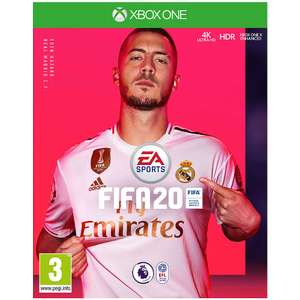 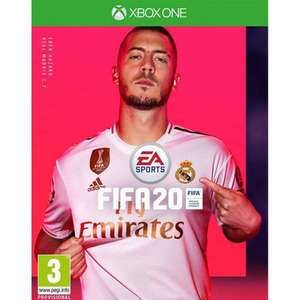 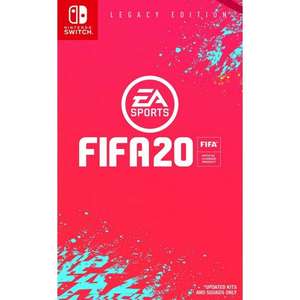 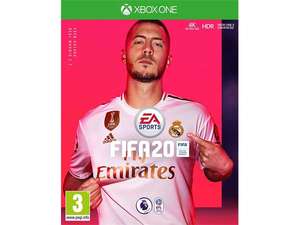 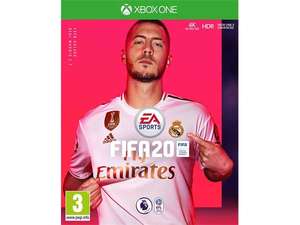 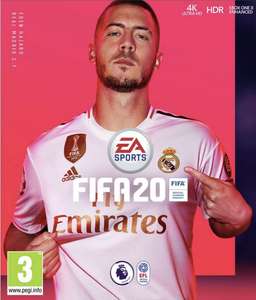 FIFA 20 was released on 27th September 2019 and made available on Xbox One, PS4, Nintendo Switch, and PC. The gameplay has been tweaked in response to player feedback, but the recursive format which enables players to manage teams, as well as take part on the pitch is still here.

FIFA stands alongside titles like Grand Theft Auto, Minecraft, and Super Mario Bros as a video game which everyone has heard of, even those with no interest in playing it. Launched in 1993 it was the first officially licensed FIFA game. The franchise has been a massive success for EA, selling more than 260 million copies by 2018.

What's Been The Critical Reception for FIFA 20?

In general, the FIFA 20 ratings have been very good, with Metacritic awarding the title a score of 80%. At Game Revolution, they praised FIFA 20 as “a superior title and one of the best football games you’ll play”. Gamespot reported that “modern FIFA is such a broad, deep, and complete offering that it remains a must-buy for football fans.” Trusted Reviews also awarded it a near-perfect 4/5 stars, suggesting that the game is far faster than previous FIFA titles.

What Are The Minimum Requirements to Play FIFA 20?

There is a huge amount of detail in FIFA 20, from the stadiums to the street scenes in Volta. So to get the best experience, you’ll need the right set up. Here are the minimum requirements for each system:

If you're playing FIFA 20 on PC, then you'll have some particular specifications to follow:

FIFA 20 has not dramatically changed the opening sequence of the game, so veteran players will immediately feel at home with the commentary and look of the match. FIFA 20 gameplay is enhanced with AI-controlled players that complement the work of the player. Their pace, positioning and movement all create a true to life atmosphere, though the main focus stays with one to one moments. An advanced dribble mechanic allows you to lure in opponents and then work on your skills, whilst the Active Touch System has a suite of new tackle options. The ball physics have been overhauled so the action feels more energetic, meaning the ball bounces and spins more like it would in real life.

In previous FIFA releases, the goalkeepers have often made astounding saves regularly, now their reactions will be more realistic. At the same time, when you are controlling a goalkeeper they are slower on the pitch. The Defending AI has been improved to make them more agile in a game, with less tendency to be caught off guard and issues with the volley shots have been addressed. Now when a cross comes from a volley shot, it’s more challenging than in past games.

Below are some of the Game Modes available in FIFA 20:

The Pros and Cons of FIFA 20

Here's a quick overview of what FIFA 20 gets right, and what it hasn't quite hit the mark on, so you can decide whether it's worth buying for you:

Volta – FIFA 20 sees the return of street football and EA has done a fantastic job with fun gameplay and a wide range of street stadiums from around the globe.
Quicker Gameplay – While more recent FIFA editions tried to emulate the more realistic gameplay of PES, FIFA 20 is a lot more fluid and exciting.
New Licenses – FIFA delivers more immersion by having the most licenses of any football game out there.

Career Mode – Some have criticised the career mode as being a little bit slow, particularly due to amount of cutscenes included (more below). Of course, many now ignore career mode completely.
Pay-to-Win – While FIFA is not the only game to give an advantage to players with deeper pockets, the role money plays in Ultimate Team can be particularly frustrating.
Lazy Cutscenes – The RPG-style cut scenes in career mode are known for their cheesiness and bugginess. This can be funny but can also be seriously annoying.
Online Issues - Some have experienced issues with setting up online games with friends.

If you want to get a taste of what FIFA 20 has to offer before you buy, make sure you check out the FIFA 20 demo. You can play the 3v3 Volta mode, as well as the 11v11 Kick-off mode in the Santiago Bernabéu.

The 4 Different Editions of FIFA 20 Compared

This edition of FIFA features a whopping 4 editions from you to choose from. Some editions have eye-watering price tags, and one is only available for Nintendo Switch, so make sure you find out before-hand what you're in for before you buy:

How is FIFA Different to Other Football Sims? FIFA 20 vs PES 2020

FIFA has managed to rise above being a mere video game to become a familiar part of football culture. As there is no real end to the game it can be played regularly during the year, with no narrative to remember. Like the game, FIFA doesn’t try to change its basic formula. This has led to criticism from some quarters, but by only making small adjustments to the game it reflects the minor changes which can happen at the start of each new Premier League season in real life.

Using the game’s enormous popularity in the real world, FIFA builds on the fan's love of certain footballers. EA has stars from the pitch advertising their new titles each year, so fans can see that professional footballers are part of the FIFA universe as well. It’s an inclusive experience that touches many aspects of the real game. For instance, many new players have been on the virtual FIFA field before they became famous, so gamers can be aware of new talent well before the big clubs.

Like the rest of the series, FIFA 20 makes the memorable moments, the drama and the punditry of professional football available to all.

But what about the classic FIFA vs PES debate? How does FIFA 20 vs PES 2020 look?

Like previous years, FIFA 20 looks to beat PES 2020 again, but this year it isn't as cut and dry in favour of the FIFA franchise. The 2019 editions of the games saw FIFA beat PES 2019 thoroughly, with the FIFA game outselling around 40 to 1. In PES 2020 however, Konami (PES's makers) haven't given up, instead making huge efforts to improve their game. PES 2020 has managed to secure the rights to more major clubs and competitions, which was a major sticking point for previous iterations of the game. PES 2020 includes the rights to Manchester United and even get the advantage over FIFA 20 by having the exclusive rights for Juventus and Euro 2020.

In terms of gameplay, FIFA 20 is definitely a step up from FIFA 19, and changes have been made to restore the balance between attack and defence. But the gameplay is not as fun as PES 2020, with PES feeling fast-paced, like an arcade game, and lots of fun.

Whilst FIFA 20 career has seen a much-needed reboot with dynamic player potentials and more player interactions, PES 2020 career mode might also have the beating of FIFA. This year, Pro Evolution Soccer 2020 includes more of storyline than FIFA as managers take their clubs to the Master's League with a more recognisable sense of personality and a more sophisticated transfer market.

FIFA online does, however, blow PES 2020 out of the water. All new features in FIFA 20 UT reinvigorate online playing, and whilst PES 2020 has improved its online game, servers remain erratic and the overall experience is lacking. So, if you want a fun experience with friends online, then FIFA 20 should be the game for you.

The Top Questions On FIFA 20 Answered

No, FIFA 20 doesn't have a Video Assistant Referee. Rumours were swirling that this could be included and it may still appear in later editions.

No, this year's edition of FIFA doesn't include 'The Journey', with Alex Hunter's trilogy concluding in FIFA 19.

No, FIFA 20 doesn't allow players on all platforms to play against each other. This has been a point of criticism for the game, with other big multiplayer series like Call of Duty now having this as a standard feature.

Can FIFA 20 be Played on Switch Lite?

Does FIFA 20 have Juventus?

No, the team name Juventus is not in FIFA 20, and are instead replaced by the team "Piemento Calcio". However, real-world authentic players with their authentically modelled faces and custom kit and badge are all included in FIFA 20 though.

Does FIFA 20 have the Champions League?

Yes, FIFA 20 has the rights to the UEFA Champions League.

If you are looking for FIFA 20 PS4 or FIFA 20 Xbox One, all four disc and digital editions of FIFA 20 are widely available from online retailers including Game, Argos, and Smyth’s Toys. Both Amazon and eBay also stock the physical versions of the game. You can shop at the PlayStation Network, the Nintendo eShop, the Microsoft Xbox.com Store, or EA Origin, to buy a digital copy for your console or PC.

Many stores choose to create discounts for their video gaming sections at Christmas, in the seasonal sales and over the bank holiday weekends, and these might be the best time to find FIFA 20 cheap. Black Friday is another great time to search for FIFA 20 price drops as the majority of UK retailers run sizeable discounts of up to 40% off games. If you’re prepared to wait, this 2019 release will become cheaper over time, as more FIFA 20 sale occur and newer titles hit the headlines.

Save Money With FIFA 20 Deals from hotukdeals

To find the FIFA 20 best price online or in stores, football fans can take a look through the hotukdeals page on our dedicated FIFA 20 page. We always have an up to date list of reductions and special offers on every edition of the game on hotukdeals.