All Samsung Galaxy A90 Discounts, Offers and Sale - January 2020 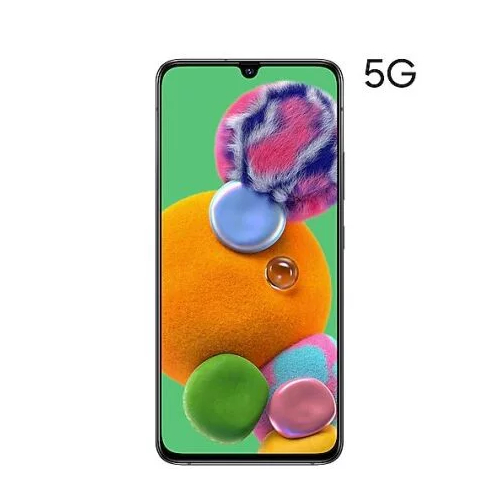 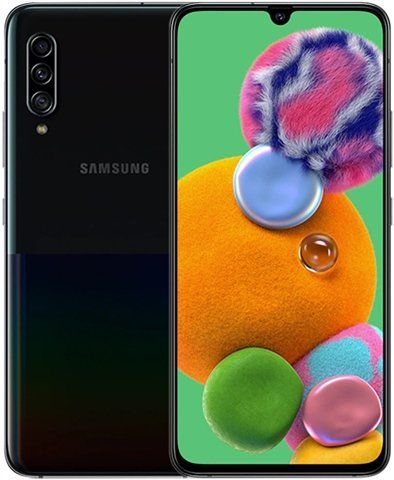 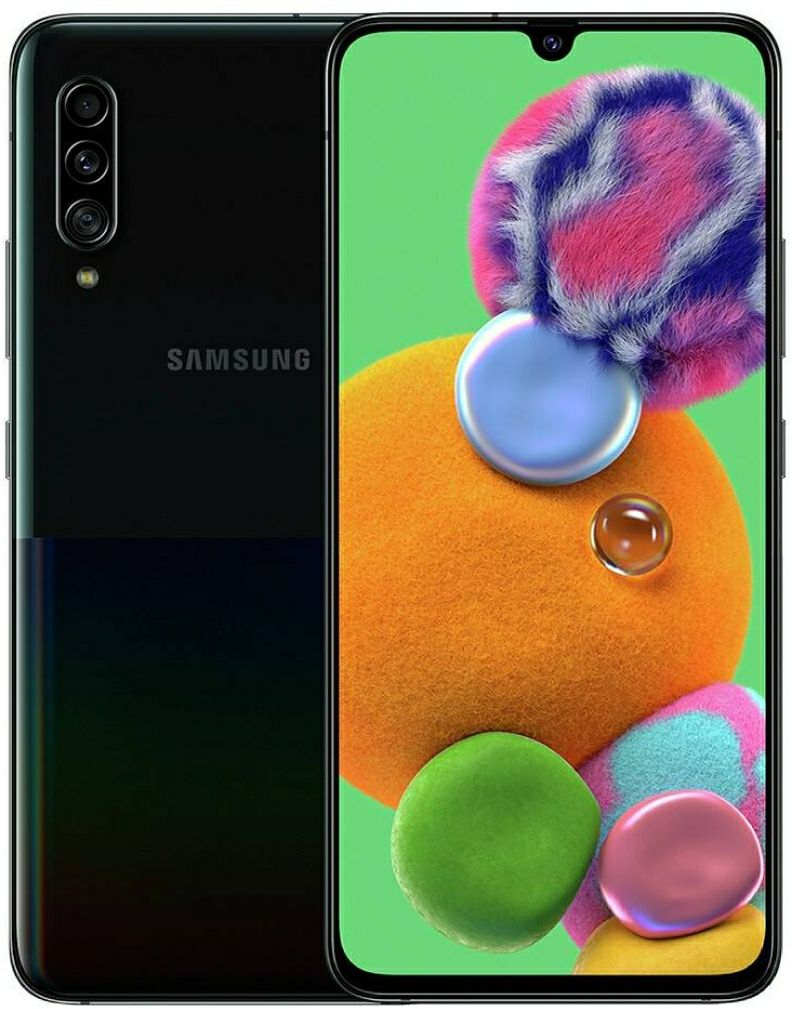 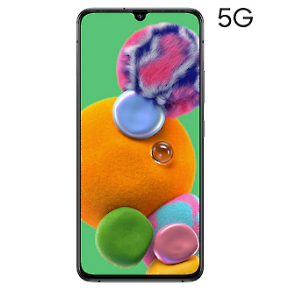 113° Expired
Posted 7th JanPosted 7th Jan
Samsung Galaxy A90 5G £429 after trade in at Samsung Store
£629£6696%Samsung Store Deals
Ultra fast downloads and streaming with the next generation 5G Everything looks incredible on our stunning 6.7" Infinity Display Stay online all the time thanks to our long-last… Read more
Get dealGet deal

Samsung is one of the “big two” mobile phone manufacturers. Alongside Apple, the Korean company dominates the premium bracket in the smartphone market, and its Galaxy family is the cream of the crop. Released on December 26, 2019, the Samsung Galaxy A90 represents a step forward in the Galaxy range.

Designed with speed in mind, and pitched at a relatively affordable price point, it could well be the phone you need. But how can you find the best Samsung Galaxy A90 deals? Read on for the low down on finding A90 discounts from UK retailers. But before that, let's dig into the phone's history, and the features that make (or break) it as an option for today's buyers. 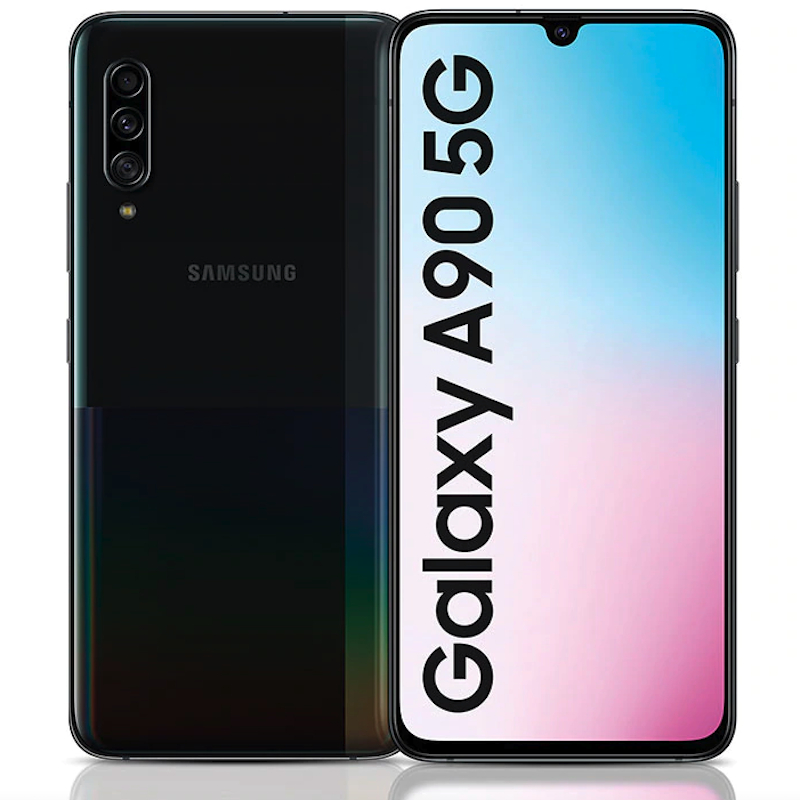 A Quick Run Through the History of the Samsung Galaxy Family

Although Samsung the company has been around since the early 20th century, the first Galaxy smartphone appeared much more recently. In June 2009, Samsung announced a huge new departure for their telecommunications collection.

Right at the dawn of the smartphone era, the first Galaxy S offered slick Android functionality, with the One UI interface, along with a high resolution AMOLED touch screen and the fastest GPU ever seen on a mass market phone. This visual power immediately made it a go-to device for gamers and app users, and ever since the Galaxy collection has remained a clear leader in graphical abilities.

The first Galaxy “A” phone appeared in 2014 (the A stands for “Alpha” by the way). Intended to attract a mid-range market across the world, Galaxy A phones focused on high-quality builds and rugged construction, with slimline dimensions. The range has had its ups and downs, but ever since, successive generations have seen A phones become more technologically accomplished, without pushing up the price significantly.

New cameras arrived in 2017, Infinity Displays debuted in 2018 alongside fast charging and fingerprint scanners on the rear. But what does the 2019 version bring to the party? Let's find out more.

As usual, the A90 is a mid to upper-range smartphone, with premium features, although slightly less deluxe specifications compared to the most expensive Samsung smartphones, such as the S10 or Note 10. This makes it a real option for buyers who are looking for a blend of high-end looks and internal specs, with reasonably low payments. Key features that may sway purchasers include: 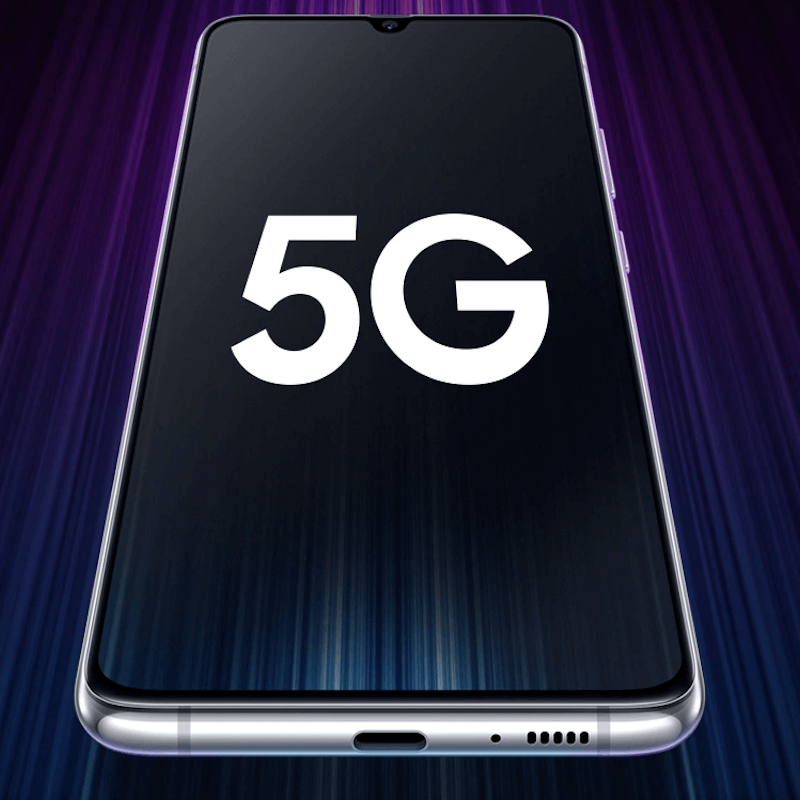 When purchasing a new phone, savvy buyers always head straight for the specs sheet – so here's our run down of the key information A90 purchasers will want to know:

When you actually come to make a Samsung A90 purchase, a few options will generally be available, often with significant price differentials. Aside from a choice between white or black colour schemes, there are two main packages involved. Both come with 128GB in storage space, along with the specifications listed above. The only difference is in terms of RAM. One option comes with 6GB and the other ships with 8GB.

In the UK, the 6GB model is by far the most common, and will be much cheaper than the alternative, so for the purposes of this buyer's guide it's safe to assume that most offers found at hotukdeals will be for the lower spec version. However, that's not the end of your buying options. Customers will also need to decide exactly how to make a Samsung Galaxy A90 purchase, and this can lead to some complexities.

Most importantly, you'll need to decide whether to buy the handset upfront or to start a contract where payments are staggered over an agreed period. If you buy the handset on its own, you'll generally need to purchase a SIM card to actually use the phone, which adds another cost on top of the (usually £650+ cost of the handset). This can discourage some people from making the larger payment, but it's not always the most expensive way to buy.

Remember that phone contracts are designed to seem appealing on a monthly basis. For instance, £47 per month for 24 months may appeal to some people, but this works out at over £1,000 for the length of the contract. That includes the phone and SIM connectivity, and may come with bonuses like Samsung Galaxy Buds, international roaming, extra data, free calls and similar perks. But bear in mind that SIM-only deals can often be cheaper, especially if you shop around with hotukdeals.

As usual with smartphone purchases, paying upfront will save money overall, and provide the chance to look for SIM deals. But contracts can be good value if they have the features you need. It's a question of researching, tracking discounts, and being ready to pounce. 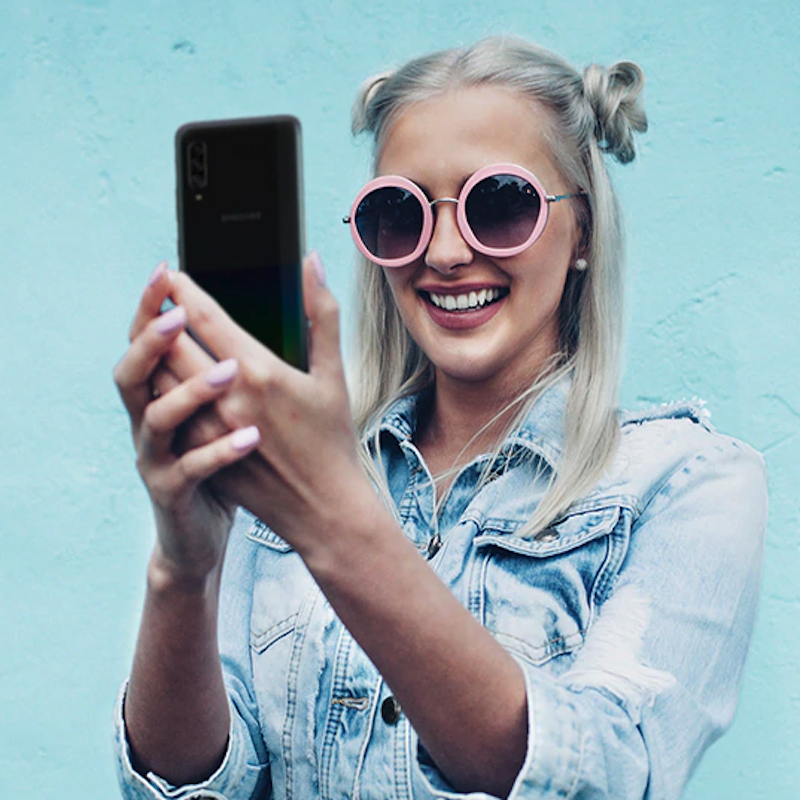 What Has Samsung Galaxy A90 Review Feedback Been Like?

The UK has a vibrant (and often highly critical) media dedicated to grading mobile phones, and the Samsung Galaxy A90 has come well and truly under its microscope. So how does the new 5G Galaxy phone fare?

According to ITPro, the phone represents the “best value 5G phone” out there. It may be expensive relative to other A family phones, but the 5G compatibility, long battery life, and general build quality, all scored well. The only qualifier – and this may be important to many buyers – is that ITPro were highly critical of the phone's cameras, which didn't measure up to the promises made by Samsung's marketing materials.

Trusted Reviews tends to live up to its name, and its reviewer came to similar conclusions. Reviewing the phone back in August 2019, the magazine suggested that the A90 was an affordable 5G model (although “not exactly cheap” compared to the best non-5G phones). And the magazine also found that the A90 only trailed the high-spec Note 10 by a short distance.

Overall, critical feedback has been fairly positive. There's not a whole lot of love for the cameras from any quarter, but the A90 is widely praised as a 5G contender – and with relatively few 5G phones around, that may be a deciding factor for some purchasers.

Before you head to the hotukdeals listings and start hunting for a cheap Samsung Galaxy A90, it's important to situate the phone in comparison to Samsung's other 5G models, in particular, the Galaxy Note 10 (no other A family phones have 5G compatibility as of late 2019).

The Note 10 is very much a premium phone, with a price tag generally around £200 higher than the Galaxy A90. That can be crucial for some buyers, and if anyone wants 5G on a budget, they will do better to opt for the A90, there's no doubt about that. Having said that, most 5G buyers will fall into the premium bracket, and may be willing to pay more for a technologically advanced handset. In that case, the Note 10 really starts to come into its own.

The Note 10 has more RAM than the A90, ships with a lot more internal storage (256GB compared with 128GB). It has similar camera specs and beefier processing, both in the CPU and GPU departments, and generally should appeal more to professionals for exactly those reasons. However, it's not totally clear cut. The Note 10 is more compact than the A90, so users who value larger screens for gaming or streaming may feel short-changed. But overall, the Note 10 is a superior device – and the price reflects this. 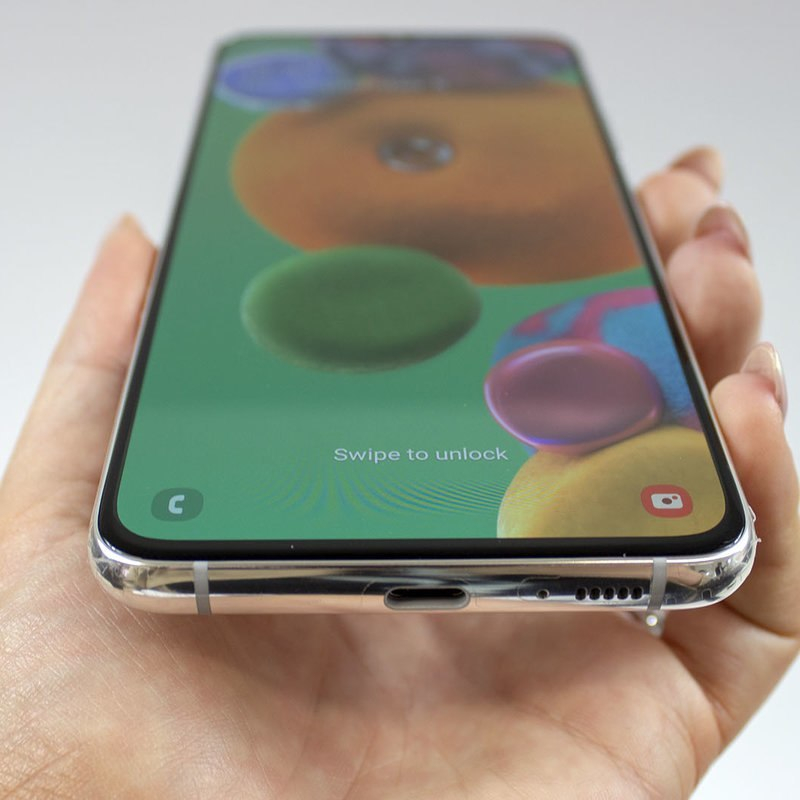 Samsung Galaxy A90: A Quick FAQ

When you come to purchase a new phone, key questions automatically come to the fore. With that in mind, we've put together a quick FAQ to guide Galaxy A90 purchasers as they navigate the hotukdeals discount listings.

Introducing the Galaxy A90 5G 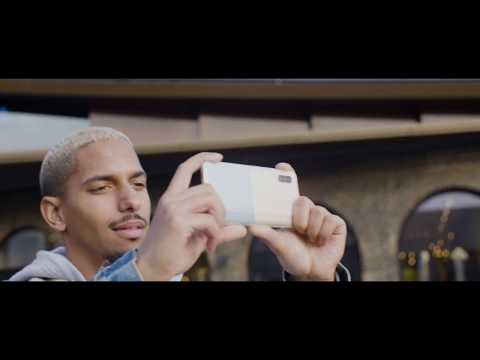 Samsung constantly pushes the boundaries of smartphone design, and its Galaxy collection includes a variety of different styles and price points. The Galaxy A90 is a 2019 addition to the A family, which fills the mid to premium niche in the Samsung portfolio. Featuring high-quality materials, speedy processing, and the ability to connect to 5G networks, it's a smartphone with genuine appeal to tech-savvy buyers. But with a price tag in excess of £600, the A90 isn't exactly cheap, so finding the best A90 deals is critically important.

Fortunately, that will never be hard to achieve. Phone buyers have plenty of ways to save money on a new A90. For starters, they can decide whether to go SIM-free or contract, and shop around the for best packages before finalising their purchases. As discussed above, you can save a lot of cash by spending more upfront, then using discount portals like hotukdeals to zero in on the best SIM-only packages.

If you're wondering where to buy Samsung Galaxy A90 phones, wonder no longer. hotukdeals also offers a single location to track down the cheapest A90 prices in general. Our listings are crammed with the most recent deals for A90 phones from Samsung's own website, as well as popular smartphone merchants like Carphone Warehouse, Mobiles.co.uk, uSwitch, Three, and Vodafone. So be sure to check the listings on a regular basis, as new deals appear all the time.

It's also a good idea to take advantage of seasonal sales events. For example, the phone was released around Christmas and the New Year – both of which are good times to find flash sales and bargain contracts. The same applies to Black Friday in November, but sales events can occur almost any time. That's why deal aggregators like hotukdeals are so vital. By bookmarking our site, you can make sure that no sales and one-off deals pass under the radar.

Update Your Smartphone with the Samsung Galaxy A90 Sale at hotukdeals

Samsung's A90 could kick start the 5G era. Featuring the kind of high spec build quality we've come to expect from the Korean giant, the A90 has triple lens cameras, rapid graphics processing capabilities, a beautiful Infinity display, and the latest Android interface – among many other attractive capabilities. If you want to join the 5G rush, head to the hotukdeals listings for the latest Samsung Galaxy A90 offers.