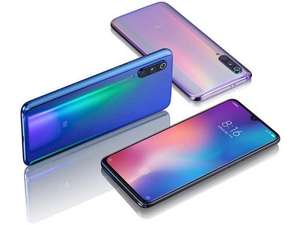 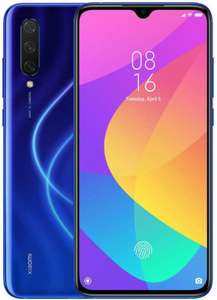 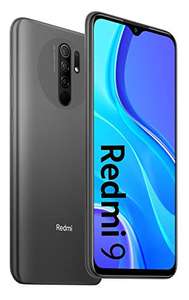 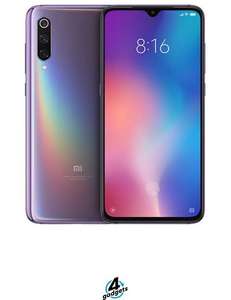 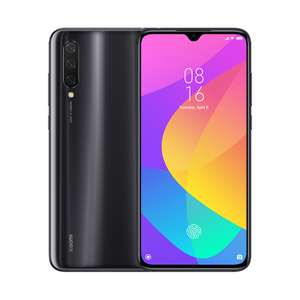 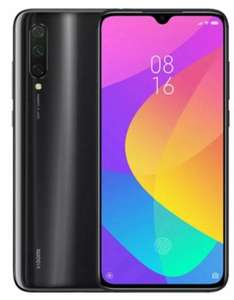 Launched in July 2019, the Xiaomi Mi 9 range includes the standard Mi 9, the smaller Mi 9 SE, and the Mi 9T, which sits in-between. All three are accomplished Android phones with powerful processors and exceptional triple-lens cameras. And all three are usually available at very affordable prices for UK customers.

Which Xiaomi Mi 9 should you buy? Do they really measure up against Samsung or OnePlus phones? And how can buyers make significant Mi 9 savings? This hotukdeals buyers guide will take all of those critical questions into consideration, and help you find a phone that delivers every key feature, and leaves some cash left over for data and call minutes. 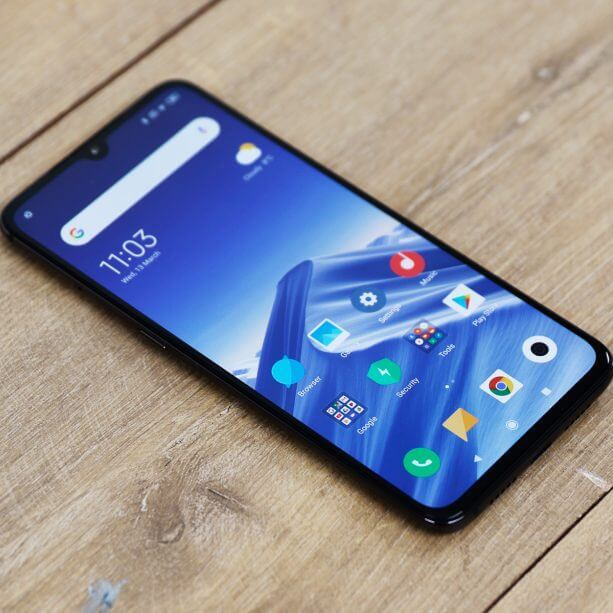 The Story Behind the Xiaomi Mi Range

Few ascents to prominence have been as rapid as Xiaomi. Just a couple of years ago, few British tech consumers would have heard of the company at all. If they did, it may have been as a supplier of cheap phones to Asian markets, but not as a high-end competitor for Samsung or Apple.

Now, that's all changing thanks to designs like the Xiaomi Mi 9. The Mi story started in Beijing in August 2011, when Xiaomi first dipped its toes into the world of smartphones. Using its own proprietary MIUI Android build. Xiaomi's phones quickly gained a following in Asia both for quality and price. Unlike traditional manufacturers, Xiaomi found a way to integrate manufacturing, design, and marketing, offering radical cost reductions. And it also started building a formidable array of models in its quest to displace American and Korean tech giants.

Introduced in 2011, the Mi has always been at the heart of Xiaomi's strategy. A flagship smartphone, it has always featured Qualcomm Snapdragon processors, and been based around MIUI. Starting with the Mi 9, the family has gradually increased its memory and storage features, improved its on-screen resolution, and refined its build quality. With every new version, Mi phones have approached the technical excellence of Samsung Galaxy or iPhones. And with the Mi 9, the firm may well have made a breakthrough.

Key Features of the Xiaomi Mi 9

There's no better way to get acquainted with a smartphone than by running through its key features, so let's dive in and discover what buyers will experience when they take advantage of Xiaomi Mi 9 best price deals: 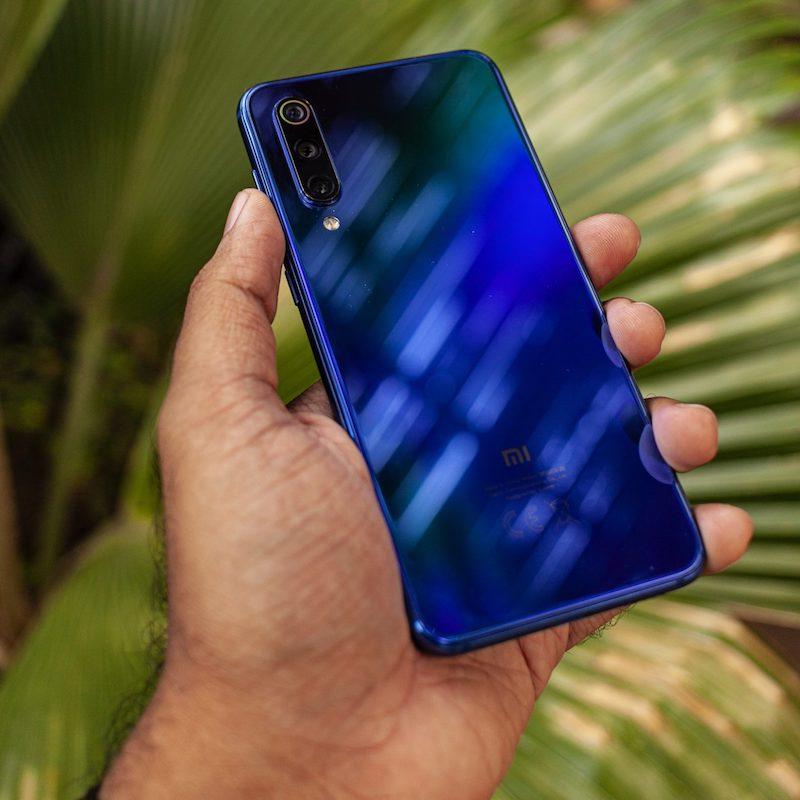 The Xiaomi Mi 9 comes in three versions: the standard 9, the 9 SE, and the 9T. There are subtle differences between the three models, and sometimes sizeable price gaps as well. So it helps to get to know what each phone has up its sleeve before you make a purchase. First, let's run through the specs of the standard Xiaomi Mi 9: 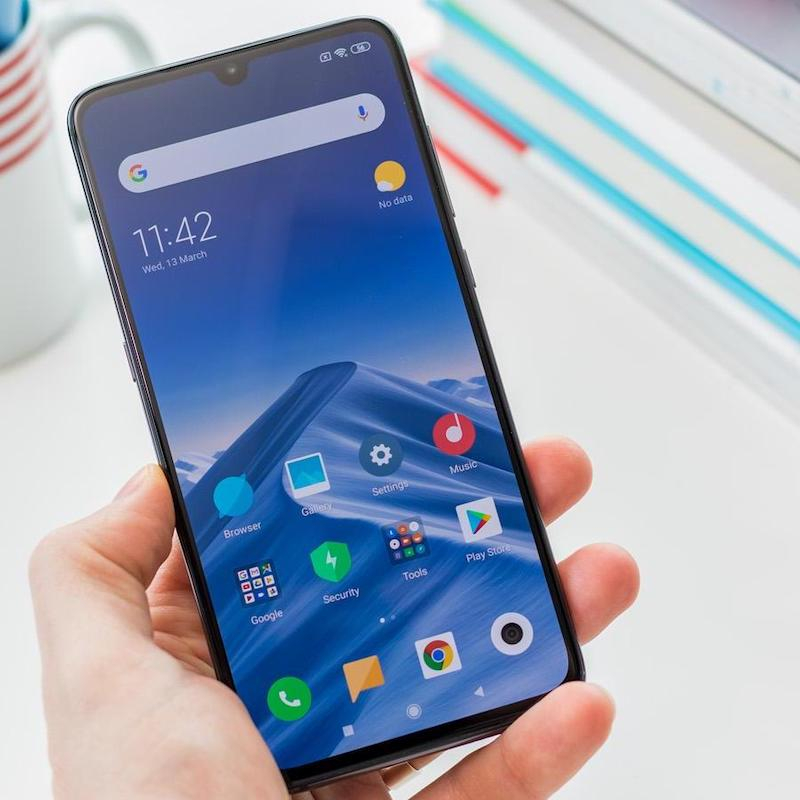 Explaining the Different Versions of the Xiaomi Mi 9

How do these models compare in reality? As the spec sheets show, there are some major variations, and plenty of similarities, so let's try to put the Mi 9, the Mi 9 SE, and the Mi 9T into perspective.

Xiaomi have kept things pretty simple when setting out the Mi 9 range. At the top, there's the flagship Mi 9, which sits below high-end Samsung Galaxy and Apple iPhones in terms of price, and (in some areas) in terms of features. But it's a close run thing. The 9T and Mi 9 SE offer lower prices and less advanced features, but still deliver solid cameras and specs that make them excellent value for money.

Don't take our word for it. Instead, it's always a good idea to read a few expert reviews before making a smartphone purchasing. So what has the UK's army of phone assessors made of Xiaomi's 2019 Mi collection?

Reassuringly, almost every Xiaomi Mi 9 review has been extremely favourable, with most commentators bracketing the Mi 9 among the year's finest devices. Tech Radar is a great example, praising its price point, cameras, and CPU. If the magazine had any criticisms, they revolved around the heat generated by standard Mi 9 phones. With all of the processing going on under the hood, these phones may produce more heat than Galaxies or other premium models – not enough to cause discomfort, but a noticeable amount.

Trusted Reviews had a very similar experience, calling the Mi 9 a “stunning bargain” and highlighting the cameras, price, screen quality, and general performance levels. They didn't detect the heat noted by Tech Radar, but did have a slight quibble with the fingerprint sensor. And, as we'll discuss in a moment, the lack of IP certification is an issue. But overall, the verdict was very favourable.

What about the Xiaomi Mi 9 SE? Well, the same applies. For Tech Advisor, the SE represents an “excellent mid-ranger” and a tremendous Android option for people who aren't keen to spend big on premium models. Its reviewer actually found the 5.97-inch screen slightly more comfortable than the standard Mi 9's 6.39-inch display, which is worth thinking about if you find large-screen smartphones tough to handle.

As for the 9T, UK feedback hasn't come in as yet, but before the phone's launch, it had created quite a stir among tech commentators. As Trusted Reviews found, the 9T is essentially a re-bundled version of the Redmi K20, which has been a huge hit in south and eastern Asia. So the 9T is likely to follow the same trend as the Standard Mi 9 and the Mi 9 SE.

Comparing the Mi 9 vs OnePlus 7 and Samsung Galaxy S10

While we can be pretty confident that the Mi 9 range will satisfy smartphone buyers, that's not necessarily the end of the story. What if the Mi 9 is a great phone, but isn't quite as suitable for your needs as models like the OnePlus 7 or Samsung Galaxy S10? That's actually quite possible, so let's quickly compare the phones to make choosing easier.

Xiaomi Mi 9 vs OnePlus 7 phones – OnePlus is another upstart Chinese brand which is targeting Samsung and Apple in a big way. Its OnePlus 7 is intended to offer premium performance at prices that shave hundreds off the retail price of Galaxy or iPhone models, which makes it a direct competitor for the standard Xiaomi Mi 9.

There's not a huge amount to choose between the two phones. Both are excellent devices, with eye-catching designs, and both obviously take inspiration from Samsung's creative team. Both devices use the Snapdragon 855, and both come with 48MP cameras. The OnePlus 7 features super-fast UFS 3.0 storage, which may make accessing times quicker, and the Android interface is generally thought to be “cleaner” and easier to use than Xiaomi's version. On the other hand, the Mi 9 has more powerful triple-lens cameras, offering wide-angle capabilities, and it also delivers 20W wireless charging – something that the OnePlus 7 has neglected.

If you value processing power and speed, the OnePlus 7 will be an excellent choice. For photography fans, the Mi 9 probably wins out.

Xiaomi Mi 9 vs Samsung S10 phones – Samsung is starting to look over its shoulder at both OnePlus and Xiaomi, and the S10 is one of the first Galaxy devices to feel threatened by models like the Mi 9. There are some excellent reasons for that anxiety as well.

For instance, while the Mi 9 comes with a 48MP main camera, S10 users only receive a 12MP camera, which is fine for general photography, but nowhere near the top of the line. The Super AMOLED displays are comparable, with virtually the same size and resolution, while both phones employ Snapdragon 855s.

So, why is the S10 a couple of hundred pounds more expensive (in most cases)? Well, the build quality will be slightly higher, including better waterproofing, S10s can pack in much more memory than the Mi 9, and cater for MicroSD storage as well. Both handle wireless charging, but the S10 packs a 4,000mAh battery, while the Mi 9 offers just 3,100mAh. So users may experience much shorter up-times, especially when playing music or gaming.

However, if you want a just-below premium phone which has world-class camera features, and aren't too worried about memory or battery life, the Mi 9 is a very close rival of the S10. 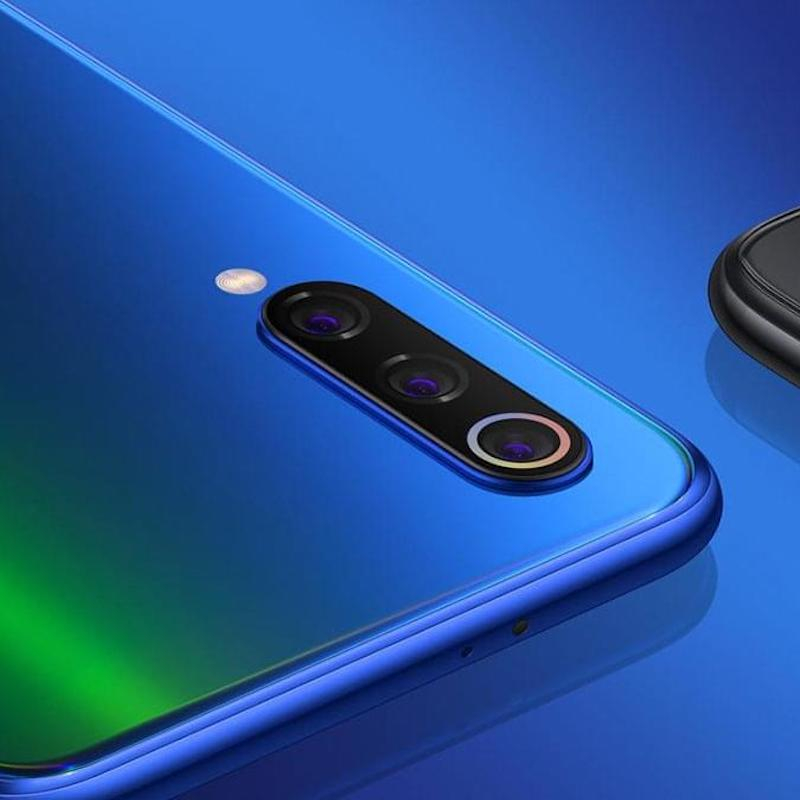 Does Xiaomi Mi 9 Have Wireless Charging?

Wireless charging is one of the coming trends in mobile phones, and Xiaomi are gradually making it a standard feature on their more expensive devices. However, be careful when buying a Xiaomi Mi 9 if wireless charging is a big deal. That's because only the standard Mi 9 phone comes with wire-free charging. When they buy a Xiaomi Mi 9T UK customers will still need to use charging cables, and the same applies to the Mi 9 SE. Both feature fast charging though, so it won't take long to top up your battery life.

As we alluded to earlier on, water resistance is a potential pitfall for Xiaomi buyers. While manufacturers like Samsung and Apple are happy to advertise the IP certification of their devices, Xiaomi doesn't do so. The company doesn't even carry out IP testing, seeing it as an unnecessary measure with limited real-world relevance.

This means that all Xiaomi Mi 9 phones are “officially” not waterproof. But in practice, they can actually stand up to quite a lot of punishment. They aren't cheap imitations of Galaxy phones that will fall apart after a month or two of usage. The use of Gorilla Glass ensures a decent level of protection and dust and water resistance, which should be enough for most customers.

Still, we don't advise submerging your Xiaomi Mi 9 in the bath or washbasin, and it's always a good idea to check your pockets before taking a swim. Few phones can really stand up to prolonged immersion in water, and the Mi 9 range is no exception.

How and When to Find a Xiaomi Mi 9 Cheap

Whether you choose to go for the upscale Mi 9, the undersized SE, or the mid-range Mi 9T, finding a Xiaomi mi 9 cheapest price deal is going to be a priority. They may be affordable alternatives to the dominant brands, but Xiaomi's Mi 9 phones still sell for over £200 in almost all cases. When you add in contracts and accessories like a rugged Xiaomi mi 9 case, the final bill can climb rapidly.

Because of this, it's vitally important to shop around and take advantage of the lowest prices you can find. And there's no better place to do so than the hotukdeals Xiaomi Mi 9 listings. Our listings feature all three Mi 9 models, with deals from merchants like Carphone Warehouse, Amazon, Mobiles.co.uk, GearBest, eGlobal Central, eBay, and AliExpress. Many of those sellers order phones directly from Xiaomi's Chinese manufacturers, cutting costs dramatically.

When you make a purchase, think about whether you go SIM free or contract. Contracts tend to deliver lower up-front costs, and perks like free data and minutes. But they can be a poor deal compared with buying the handset outright, then separately purchasing a connection. Again, hotukdeals makes it easy to shop around for handsets and contracts alike.

Finally, as with all flagship tech products, the price of a Xiaomi Mi 9 phone will tend to dip at certain times of year. If you can wait until November, Black Friday is a great time to shop, while summer's Amazon Prime Day should see plenty of Xiaomi Mi 9 sale bargains. And there's always next year. When a new generation of Xiaomi phones is on the horizon, the Mi 9 could plummet in price. In any case, you'll find the information you need at hotukdeals.

Mixing up superb triple-lens photography with Gorilla Glass protection, generous screen sizes, and speedy Snapdragon processors, Xiaomi's Mi 9 collection has been one of the success stories of the year. Ideal for those who want an affordable Samsung or Apple alternative, these phones retail for hundreds of pounds less than glitzier premium options. And buyers can find them for even less at the Xiaomi Mi 9 hotukdeals listings.