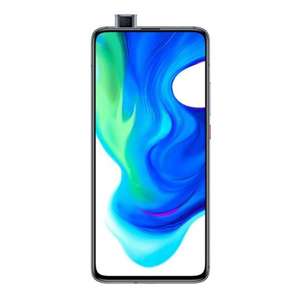 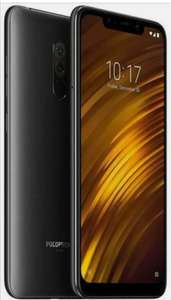 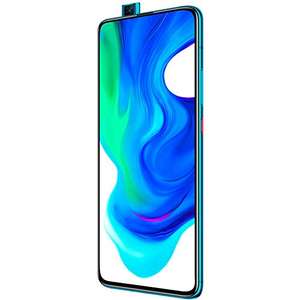 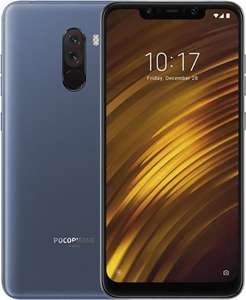 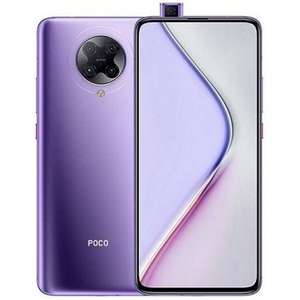 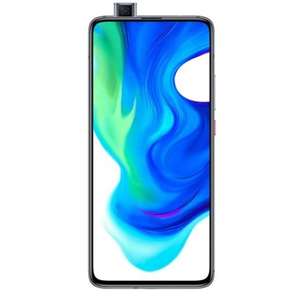 The Xiaomi Pocophone F1: Mid-Range Smartphone with a Dual Camera

Xiaomi is a Chinese company that is developing a big reputation in the competitive world of smartphones and tablets, and the Pocophone F1 is its marquee product for 2018. Mixing conventional smartphone and tablet functions, this is a classic phablet design which will suit professionals and everyday users alike.

But is it the right phone for you? As we'll see, the Pocophone F1 has plenty of attractive features, but it pays to learn about them all before making a buying decision. Read on to find out more. 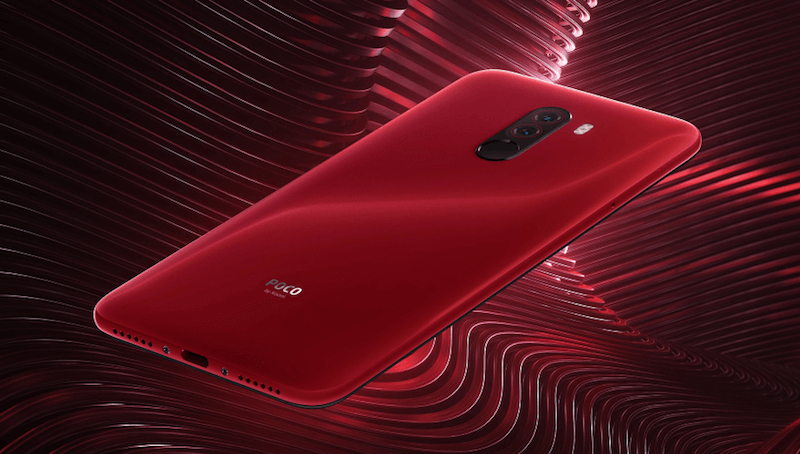 A Quick History of the Xiaomi Pocophone Range

For those who don't know, Xiaomi was founded as recently as 2010, making it one of the younger entrants into the smartphone market. Headquartered in Beijing, the company dominates the Chinese market, and has recently begun to expand its global presence, giving Samsung, Apple, and other Chinese companies like Huawei a real run for their money.

The Pocophone F1 is the first in a new line of tablet and smartphone designs, and was launched on 22 August 2018. In keeping with Xiaomi's strategy of offering low cost but highly functional electronics, it's pitched at mid-range smartphone users who want a sophisticated phone but aren't keen on paying Samsung Galaxy or iPhone X prices.

Dubbed “a flagship smartphone at a bargain price”, the idea was to market the Pocophone F1 in India, marking Xiaomi's first major effort to crack one of the world's fastest-growing smartphone markets. But the appeal of the phone proved so wide that it has been released across the globe, giving British and European consumers the chance to exchange their old Apples for Xiaomi models.

So what makes the Xiaomi Pocophone F1 a premium phone that rivals the world's elite? Actually, there are quite a few key features which mean that Xiaomi's marketing matches up to reality. Here's a quick list to cross-reference with other phones:

How have Xiaomi managed to fit these features into a mid-range product? Well, there have been some sacrifices along the way. For instance, the Pocophone F1 uses composite plastics for the casing, instead of metals used in premium Samsung or Apple models. And some features have been discarded, such as wireless charging, an AMOLED screen, or sophisticated camera zooms.

It's important to know about those limitations, which tend to come with all lower cost phones, so you'll need to balance them with the phone's features before coming to a final decision. 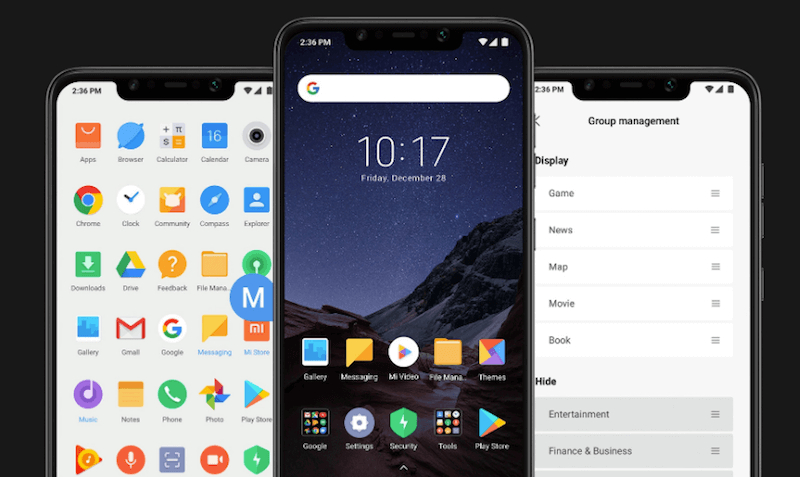 What Can You Do With a Xiaomi Pocophone F1?

The Pocophone F1 is designed to occupy the middle ground between tablets and high-end smartphones, much like the Samsung Galaxy. As such, it has plenty of potential applications.

For one thing, it's a formidable gaming smartphone. The Snapdragon processor ensures that games will run seamlessly, avoiding lag and graphical glitches, and the battery charge is sufficient to run for hours, while the liquid cooling system keeps everything running efficiently.

It's also a handy phone for Netflix fans. The screen size and resolution are more than adequate for watching TV and movies, while memory and storage space allow you to accommodate files and apps to enhance your entertainment. And there's a 3.5mm headphone jack too, which many music lovers will appreciate and it isn't routinely included with high-end phones.

The Pocophone F1 can also serve as a work phone without any problems. In fact, with its excellent value and impressive technical specifications, it's a great alternative to Apple or Samsung for people who always need to be connected to the office.

Since its release in late 2018, the Xiaomi Pocophone F1 has attracted plenty of admirers, and relatively few critics. TechAdvisor is a good example of how tech experts have received the phone. Awarding the product 4.5 stars out of 5, their reviewer praised it as “an outstanding phone in various ways”. They noted its “frankly outrageous” value, Snapdragon processor, and appealing aesthetics, among many other things.

ExpertReviews were just as effusive, giving the phone a perfect 5/5 rating and describing it as “mid-range mastery.” For them, the accuracy of the on-screen colours was a revelation, as was the battery life. As with other commentators, they were amazed that a phone with the Snapdragon 845 could retail for such a low cost.

Finally, TechRadar assessed the Pocophone F1, finding it to be a real competitor for established manufacturers, extending Xiaomi's history of offering “solid hardware at the lowest possible” cost.

But what about the critics? So far, relatively few dissenting voices have emerged. Some have noted that the phone isn't as dust resistant as it could be, and most commentators are honest about the design choices made by Xiaomi when reducing the price tag, but almost all reviewers accept those decisions as necessary sacrifices. So you can be pretty confident when buying a Xiaomi Pocophone F1 that you'll receive a high-quality product.

As we noted earlier, there are a few versions of the Xiaomi Pocophone F1, and they have some important differences.

All versions of the Pocophone F1 come in a range of colours, so be sure to pick one which suits your personal taste. Standard edition models come in Graphite Black, Steel Blue and Rosso Red, while the Armoured version has a different look entirely. 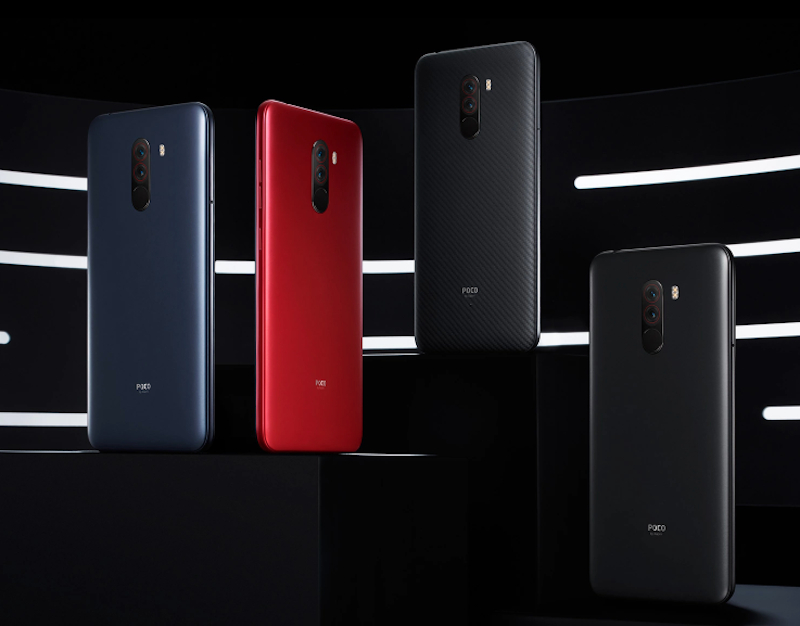 Below are the key specifications for the Xiaomi Pocophone F1:

In an unusual move, Xiaomi has opted to divide its Pocophone F1 into Standard and Armoured Editions. This gives customers the option of spending a bit more money to acquire a more resilient, and possibly more durable phone.

The Armoured version comes with a Kevlar casing, instead of the polycarbonate employed with other versions. This is a super-strong compound, which is usually associated with bullet-proof vests, so it should protect your phone's interior components effectively.

It's worth noting that the Armoured version is only available in the 8GB/256GB variant, so it's not an option for people on a really tight budget. Instead, it's really aimed at people who are frustrated by the cost of leading Apple, Google or Samsung phones, and want the same kind of engineering quality without such a hefty price tag.

So the Armoured version looks different, with a more “industrial” style, and it feels different, definitely more solid in the hand. Most importantly, it will handle knocks and falls much more effectively. As we all drop our phones every now and then, this kind of ruggedness may well be worth spending extra on.

If you do go for the basic edition, there are ways to improve its protection. For example, retailers like GearBest offer a huge range of Xiaomi screen protector products. Slip these on over your phone's screen, and it will be much more resilient to sudden shocks. Additionally, it's easy to find a case for Xiaomi phones, many of them boasting attractive silicone or leather materials. 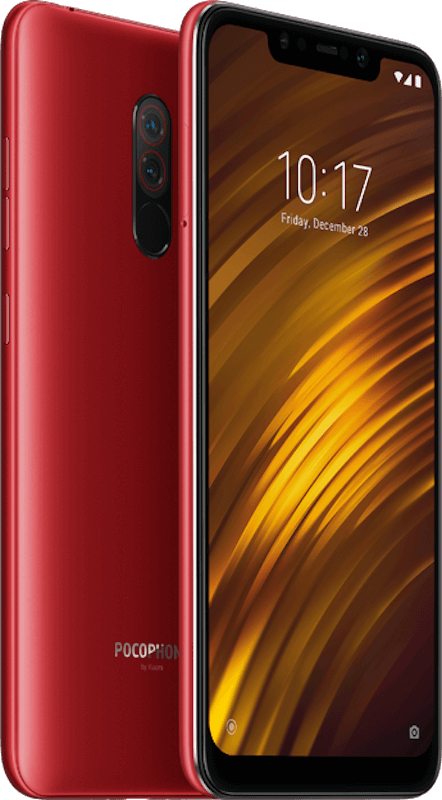 The Xiaomi Mi 8 vs Pocophone F1: Which Phone Should You Go For?

So far, we've only talked about the Xiaomi Pocophone F1, as if it's the only Xiaomi smartphone around. In fact, the Chinese manufacturer offers a variety of alternatives to the big phone makers, including the Xiaomi Mi 8, which is proving just as popular as the Pocophone F1.

The key thing to know about the Xiaomi Mi 8 is that it has a higher cost than the Pocophone F1. And with that price tag, comes a few premium features that its cheaper baby brother can't match.

At first glance, the differences won't seem huge. The Mi 8's screen is marginally larger, but it's an AMOLED display, instead of an IPS on the Pocophone F1. So you can expect slightly richer colours and sharper contrast.

The materials used differ as well. While plastic is the main material used with the Pocophone F1, the MI 8 has a much slicker blend of metal, plastic and glass, giving it a shine and gloss that resembles Samsung devices.

However, in most respects the differences aren't huge. Camera arrangements differ, but both phones have the same quality of camera, that is, very good. And both come with USB-C equipped for fast charging. In fact, the addition of the 3.5mm jack with the Pocophone F1 might make it more appealing to music lovers than the MI 8, which copies Apple's decision to remove it.

Most importantly, both phones come with Snapdragon 845 processors from Qualcomm. So when you get down to it, apps and games will tend to run at similar speeds. Basically, the choice is about design quality and the display, rather than fundamental technical specifications. Both are fine phones, at affordable prices. And both are worth thinking about as you check the Xiaomi Smartphones hotukdeals listings. 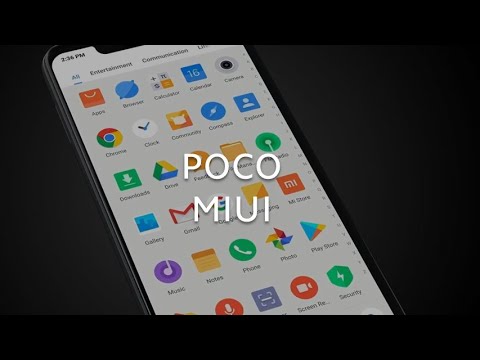 Buying a Xiaomi Pocophone F1 at the Best Price

Xiaomi's Pocophone F1 has arrived, disrupting the strategies of global giants like Apple and Samsung. If you're excited by its mixture of great value and excellent technical specs, you're not alone. But despite its price tag, finding the best prices is still vital.

Fortunately, it's really easy to find great deals for Xiaomi Pocophone F1 phones. Just head to hotukdeals' Pocophone pages and choose a deal from the wide range of current offers. All of the UK's major phone retailers will be represented, including Tesco, GearBest, AliExpress, ebuyer, and Banggood. So shop around and check out what's available.

Remember to check for all of the phone's versions. While the Armoured Edition is slightly more expensive, deals can make it much more competitive. And cross reference prices for the Mi 8 as well. You never know what kind of reductions you'll find.

Moreover, prices can fall through the floor at certain times, such as Black Friday, Amazon Prime Day, or the January New Year Sales. Look out for deals around mid-summer, too. As mobile phone manufacturers prepare new versions of their devices, prices for older models can plunge.

The Best Xiaomi Pocophone F1 Offers and Discounts at hotukdeals

Xiaomi's Pocophone F1 blends the speed, graphics, battery life, build quality, and camera of high-end phones, with the price you would expect from far inferior devices. Nowadays, phone users don't have to save up for elite smartphones from Apple. Instead, you can find great prices for the sophisticated alternative, Xiaomi Pocophone F1, at the hotukdeals listings.