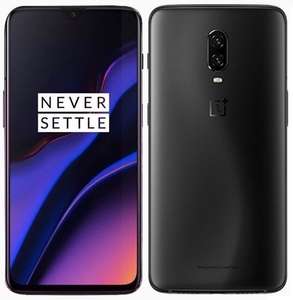 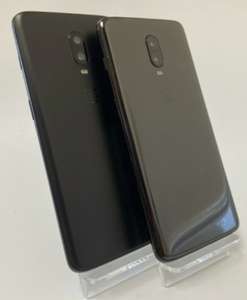 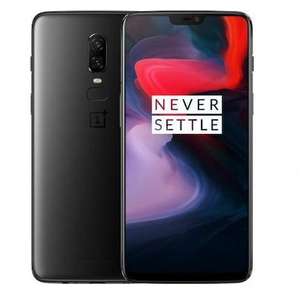 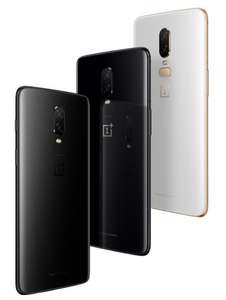 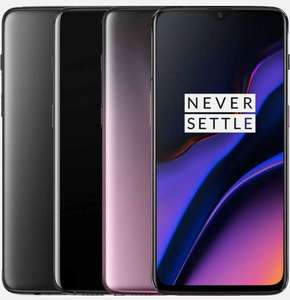 Introducing the OnePlus 6: A Powerful Smartphone for Less

Launched in spring 2018, the One Plus 6 was an instant hit. Featuring almost everything you'll find in upscale models of the Samsung Galaxy or iPhone families, the 6 hit the spot with its accomplished design and enticing price tag.

The phone was quickly joined by the 6T a few months later, which built on the 6 in key respects. We'll look at both models in our buyer’s guide, and help you decide whether this surprisingly affordable smartphone is really a worthy alternative to the more famous smartphone brands. 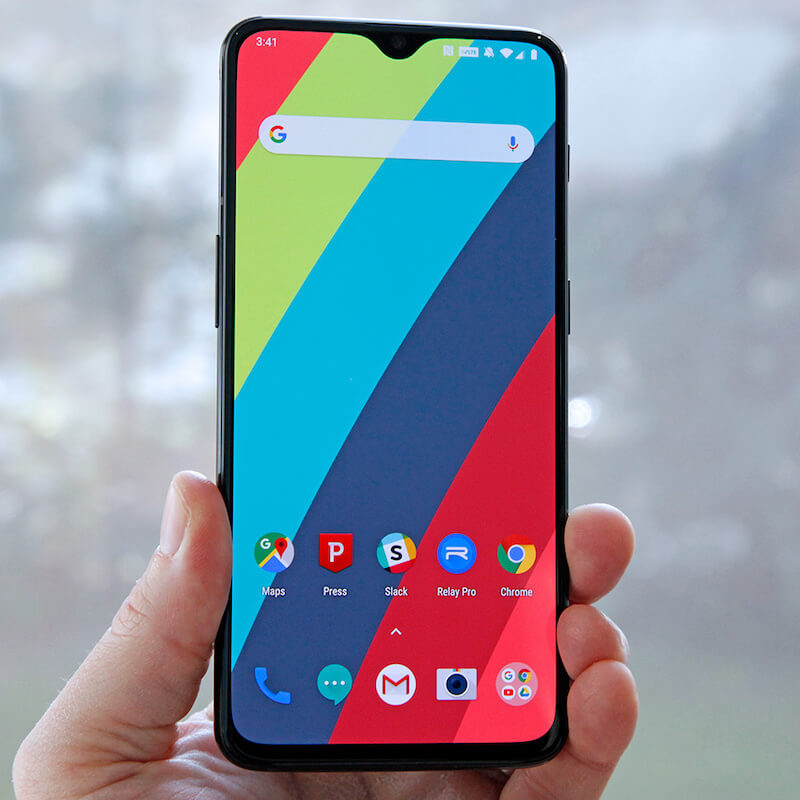 A Quick History of the OnePlus Series

In a few short years, OnePlus has acquired a global following thanks to its affordable and surprisingly high-specification smartphone designs. Founded in 2013, the Chinese company has sought to position itself in between mass market alternatives and elite companies like Apple or Samsung. In fact, for the first couple of years, it issued phones on an “invite-only” basis – restricting the number of OnePlus devices in circulation.

It’s since abandoned its exclusive approach, but OnePlus phones remain a cut above the rest (though just below the very best). The brand has incorporated facial scanning systems, AMOLED screens, Snapdragon processors, and wireless earphones – basically staying a step behind Apple or Samsung with every new phone.

That may sound unimpressive, but OnePlus has managed to mimic the latest innovations in the smartphone sector quickly, while also keeping prices relatively low. In the process, it has become a go-to option for mid-range Android buyers, and the sixth iteration of the OnePlus series is full of appeal for those who are new to the company. Let's find out more about it.

Released in May 2018, the One Plus 6 is a mid-range Android smartphone with the kind of features you'd expect from more expensive models in the Samsung Galaxy collection. It includes a large screen – with more than enough space for streaming sport or watching movies. It also has the internal power needed to keep pace with gaming developments as well. Here's a quick run-down of what else the phone has in store: 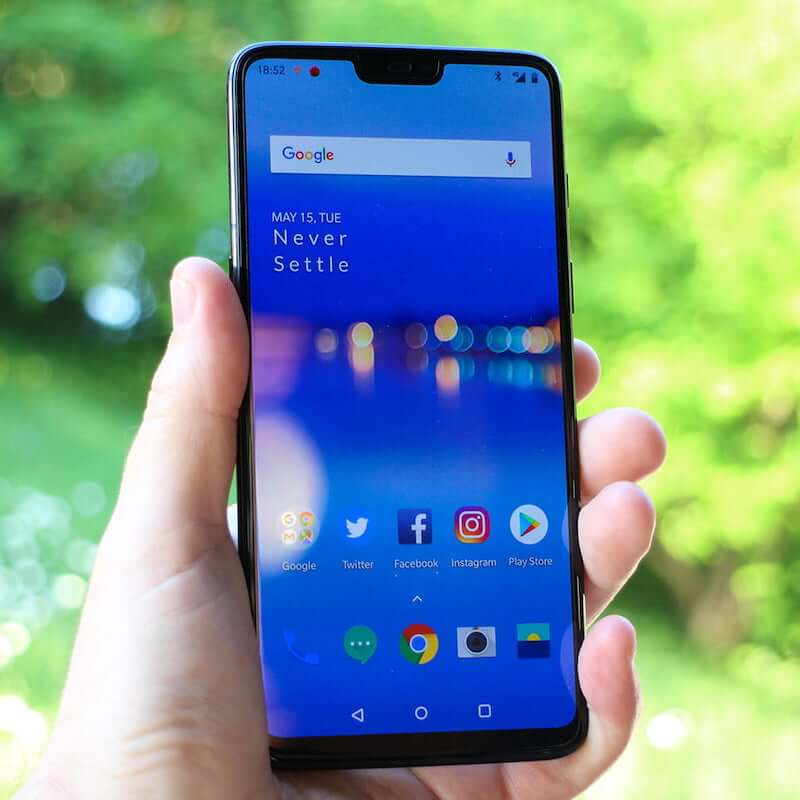 What Have the Critics Made of the OnePlus 6 Smartphone?

All of those aspects sound great on paper. But do they fit together in one, easy-to-use, reliable package? OnePlus isn't exactly a household name in the UK and Europe, so customers should check out feedback from the experts before they form a view. The good news: the feedback has generally been pretty positive.

The critics have even sometimes been extremely positive. For example, ITPro actually found that OnePlus had surpassed Samsung (at least, the Galaxy 9) with their phone. Their reviewer raved about the 6's camera and the quality of its display, and even suggested that the 6 matched the iPhone X “blow by blow”. High praise indeed, especially for a phone that retails for just under £400.

Respected tech site Tech Radar joined the praise, complimenting the phone's performance in almost every area, while also suggesting that it was in no way inferior to more expensive options from Samsung, Sony, or Apple. Sure, there were some omissions. For instance, the 6 doesn't accommodate MicroSD, and the display resolution could be higher. All things considered, Tech Radar judged that the 6 represented a “polished, premium smartphone.”

That seems to be fairly representative. Online reviews range from 8/10 to 10/10 and you'll struggle to find any expert journals that pandered OnePlus' 6th smartphone. So, judging from the expert response, we'd have to say that the 6 is well worth considering.

We'll discuss the 6T below, but it's worth commenting here that some reviewers advise buyers to go for the beefed-up OnePlus smartphone. Tech Radar reported that the 6T is “a genuine step up” on the 6 – so keep that in mind, and compare prices carefully.

As usual, if you want to really get under the skin of a brand new smartphone, the specs are the place to look. Here’s how the newest OnePlus model shapes up: 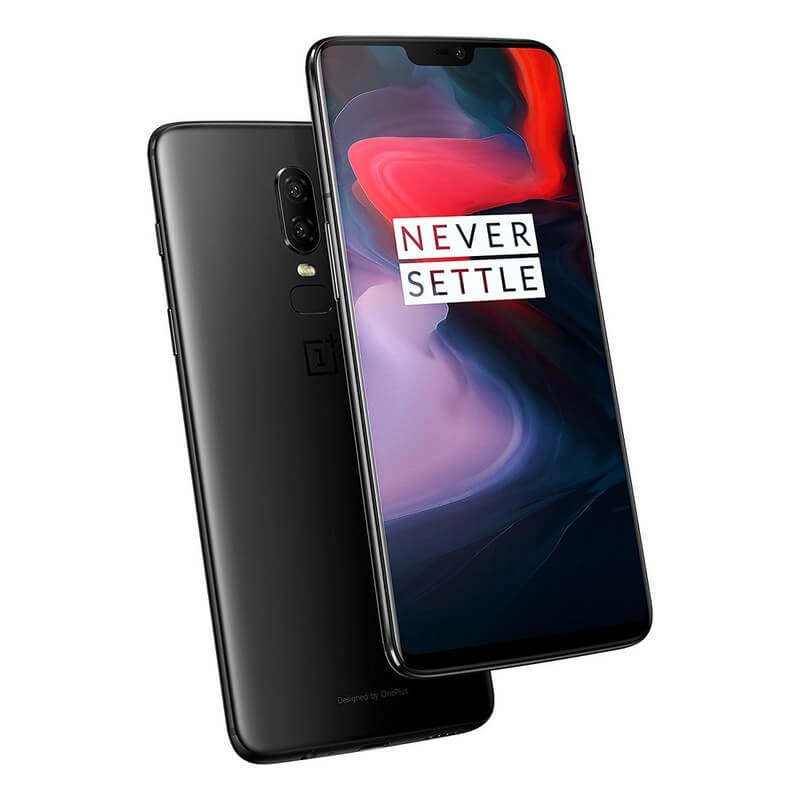 The Different Options for the OnePlus Six Smartphone

Firstly, it's important to understand that OnePlus no longer sell the 6 directly. When the 6T arrived in late 2018, it replaced the 6 (OnePlus don’t sell older versions of their phones). However, that doesn't mean the original 6 is hard to find.

If you want to get hold of a One Plus 6 from other merchants, you'll find a few buying options, and it's important to choose the right one for your budget and personal requirements. Basically, there are two different versions to pick from:

As you'd expect with new smartphones, buyers can also choose between purchasing a handset outright or starting a contract. The usual qualifiers apply here. Buying the handset will usually be cheaper in the long term, as mobile phone vendors invariably pad out monthly payments on contract phones. However, this can be balanced by deals for calls and data. If you know you'll be using a lot of data, and you see a great contract deal, it could actually work out cheaper than buying the handset then seeking out a network.

The trick is to weigh up your options at hotukdeals and work out how much each option will cost overall. Our listings generally provide all the information you need but try to browse them regularly to avoid missing any outstanding offers.

Comparing the OnePlus 6 and 6T Models

As we mentioned earlier, the One Plus 6 has been joined by what you might call its big brother: the OnePlus 6T. OnePlus tend to release “T” models irregularly. They only do so when they feel that technology has moved on in between normal releases, and reserve the “T” for high-end devices that fit with the concept of the series. So you'd expect the Oneplus 6T to go beyond the 6, and that expectation is generally met.

However, there are reasons to choose an original 6. Most importantly, the 6 comes with a 3.5mm headphone jack, which is sadly missing from the 6T. That's actually a key consideration for many audio and movie fans, so if you need the old-style connector, the 6T won't be for you.

Having said that, the 6T improves on the 6 across the board. The screen is larger, it includes a fingerprint sensor underneath the surface (like with the Samsung Galaxy S10), battery power has been enhanced, and the camera has been slightly improved as well.

Of course, that comes at a financial cost. OnePlus generally market the 6T at just under £500, while you'll find original 6 models for under £400 – quite a significant difference. So the choice isn't as clear cut as it could be. If it comes down to a shootout between the two OnePlus devices, the deciding factor could just be whether the 6T is discounted at hotukdeals merchants.

OnePlus 6 vs Huawei P20 Pro: Which is better?

Then again, buyers might not be persuaded that OnePlus is the mid-range smartphone brand for them. If that's so, it definitely helps to set the One Plus 6 alongside the Huawei P20 Pro – which is roughly at the same tech level.

The P20 gets a lot right. In aesthetic terms, its glass back looks the part, while IP67 water resistance goes beyond the One Plus 6. The cameras also surpass those on the 6, featuring high-end Leica lenses that offer some of the best low light photography ever seen on smartphones. So if you prioritise photography, or you need a more rugged device, the P20 Pro will be preferable.

But that won't apply to everyone, and the phones are broadly comparable in most other areas. From processing power to battery life, and display quality to build quality, the P20 and the 6 fight each other to a draw. Both perform well and offer features for most users.

There's another area where OnePlus win the battle. Huawei tends to use fairly clumsy Android builds - Oxygen is much clearer and intuitive. If you want an OS that's as simple and easy to use as possible, that will make a big difference. 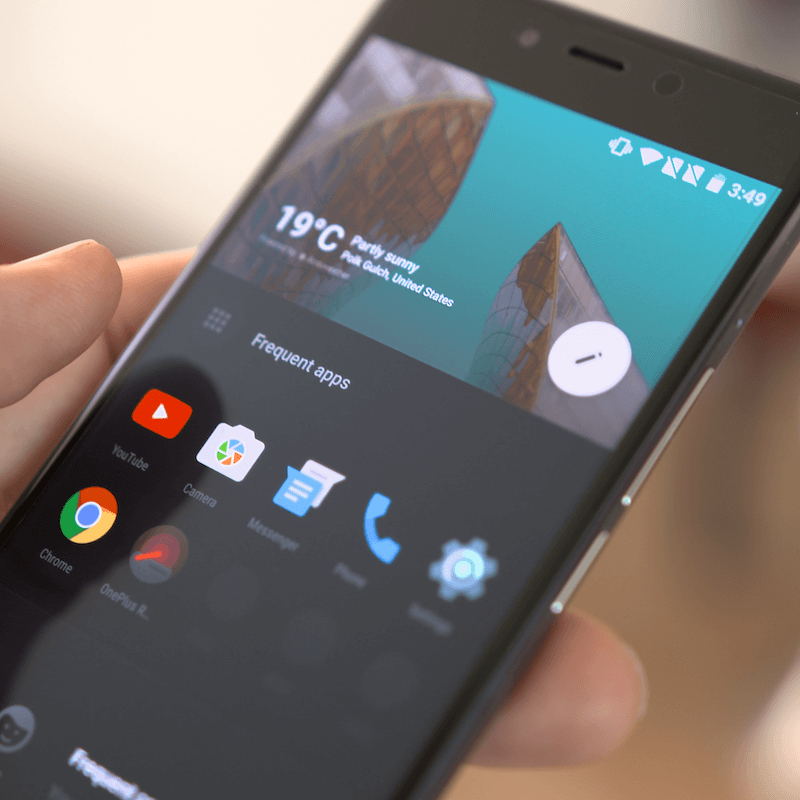 What Accessories Are Available for the One Plus 6?

When you come to buy a OnePlus smartphone, buying the phone alone isn't always the best option. You'll probably want accessories to go alongside the phone, and bundling them with your purchase can often save money. Here are some possibilities to consider: 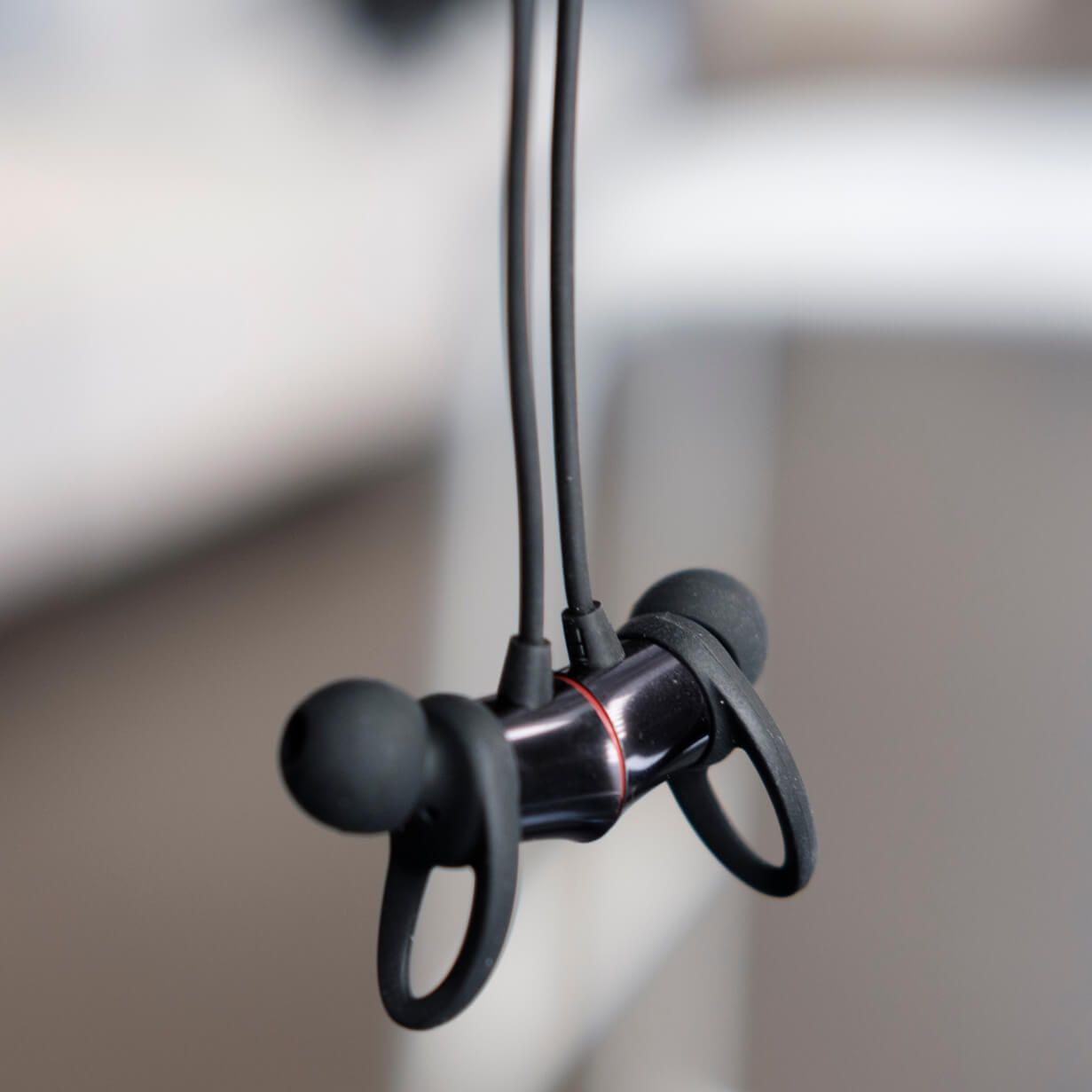 How and Where to Buy a New One Plus 6 Smartphone

While not as famous as Samsung or Apple, OnePlus has quickly become one of the world's most popular smartphone brands, and the One Plus 6 continues their hot streak. If you'd like to pick up this mid-range beauty, doing so is easy. But you'll need to shop smart to get the best prices.

The best place to look for discounts is the hotukdeals One Plus 6 listings. Our listings bring together all of the UK's biggest mobile phone merchants, so there will always be a selection of models available at discount prices. Check out discounts from companies like Carphone Warehouse, Amazon, GearBest, CeX – and other electronics retailers.

When you browse, remember that the 6 has been discontinued. So prices are likely to continue to fall as owners switch to the 6T or later models. That's good news for those who want a capable phone at a bargain price. So holding on for discounts later could make sense. And, as usual, look for the best prices around Amazon Prime Day (in summer), or Black Friday (in November). Both always see huge electronics reductions.

Pick Up a One Plus 6 Smartphone from hotukdeals

The One Plus 6 pushes forward the boundaries of what a mid-range phone can do. Featuring a dazzling display, powerful processors, great cameras, and much more besides, it gives you serious bang for your back. Pick one up for less than the retail price at the One Plus 6 hotukdeals listings.