All Samsung Galaxy A50 Discounts, Offers and Sale - October 2022 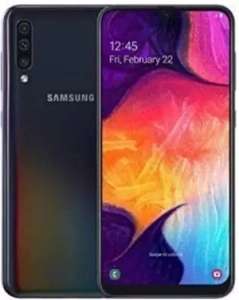 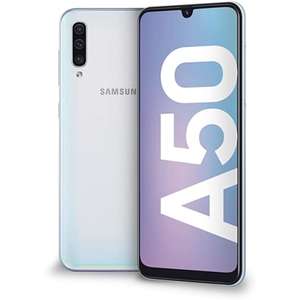 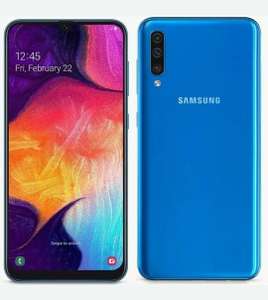 194° Expired
Posted 18th Mar 2020Posted 18th Mar 2020
Samsung SM-A505F Galaxy A50 4G Smart Phone 128GB Unlocked Sim-Free (Blue) B Condition £149 @ Cheapest_Electrical Ebay£149eBay Deals
Get deal*Get deal*
Decent price for a great budget choice in this price range. This item is Refurbished Grade B Item may have been purchased and returned as unwanted and as a result may have a very slight … 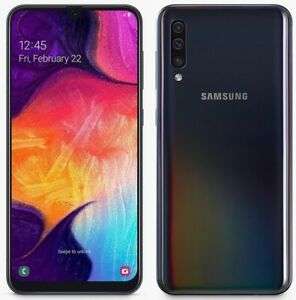 152° Expired
Posted 6th Jan 2020Posted 6th Jan 2020
Refurbished Samsung Galaxy A50 128GB (Grade B) - £140.55 @ cheapest_electrical eBay£140.55eBay Deals
Get deal*Get deal*
Use code 'PREP2020' “This item is a customer return which will have very slight marks on the casing and screen. It is missing the original box and will be suitably repackaged. All other a… 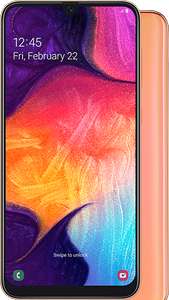 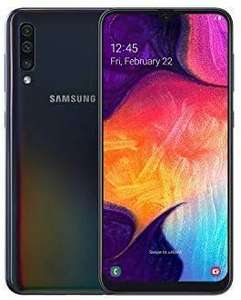 Samsung Galaxy A50: Get A Powerful Smartphone For Less

Sporting a massive screen, surprising processing power for an affordable phone, and plenty of features that smartphone owners will need, the Samsung A50 is bound to be one of the most popular models of the year. But is it the smartphone upgrade you've been looking for, and how can you find Samsung Galaxy A50 offers? This hotukdeals buyer's guide will introduce the phone, giving you a better idea of how it measures up against the competition. We'll also explore a few easy ways to slash the cost of your next phone.

The Story Behind Samsung's A Series of Galaxy Phones

Samsung is part of the smartphone elite, with only Apple really challenging the Korean giant for global supremacy. This success has been built around the Galaxy family – a premium series of smartphones with innovative technology that has led the field.

First introduced in 2010 – right at the beginning of the smartphone era – Galaxy phones pioneered the use of durable, beautifully sculpted Gorilla glass, and used new materials to extend screen space while keeping weight to a minimum. As a result, the family soon became known for its almost “bezel-free” designs – something no other manufactured had been able to match. At the same time, Galaxy phones motored forward with faster processors and GPUs, becoming market leaders for high-end business and gaming uses.

The A series came about in 2014 with the release of the Alpha. These phones included path-breaking all-metal frames, making them ultra-strong, and entered the market just above mid-range. So they were, and remain, a cut above the phones from cheaper brands.

Video: Meet The New Galaxy A

Checking Out the Core Samsung Galaxy A50 Features

The easiest way to get to know a smartphone is via its core features, so that seems a logical place to start. In the case of the A50, the basics are clear: this is a large, mid-range smartphone with an easy-to-use Android interface, and a lower price tag than comparable Galaxy S models (like the S10). More specifically, the A50 comes with: 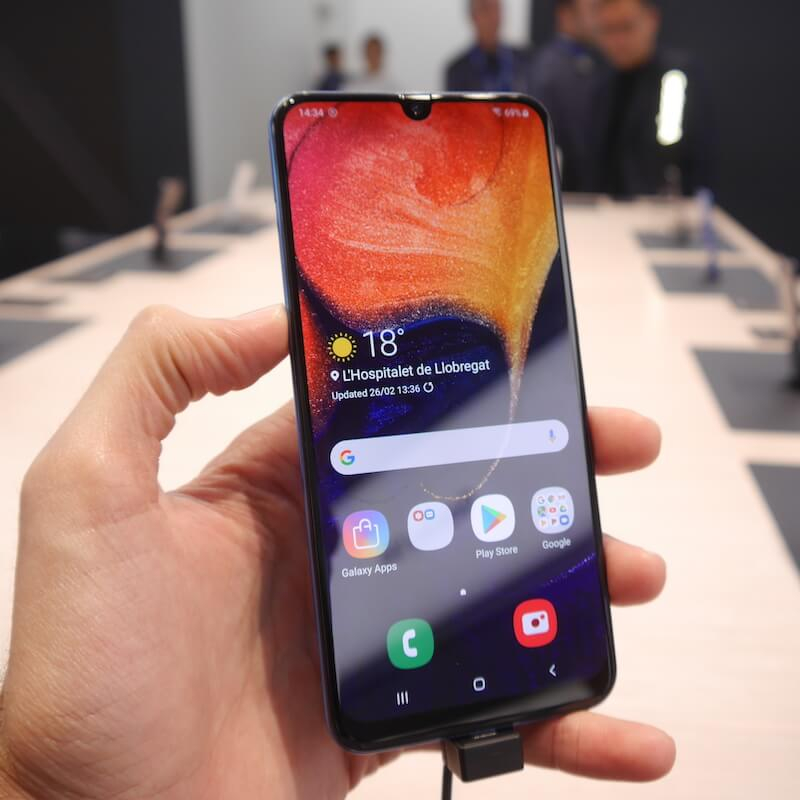 What Kind of People Will Be Suited to the A50?

So, where does this leave the Samsung Galaxy A50? As we've noted in passing, it is inferior to models like the Samsung Galaxy S10/S10+ in almost every respect, from lacking wireless charging, to screen resolution, cameras, memory, and processing power. So, if you have the resources or are desperately keen to have the highest-spec smartphone around, the A50 will feel like a disappointment.

The same applies to people who love photography and are sensitive to deficiencies in contrast, brightness, and resolution. While the A50 has capable and adaptable cameras, models like the S10 and phones from competitors like Apple or even Huawei can offer better photography features, often for the same amount of money.

Gamers may also be slightly disappointed by the visuals on offer from the A50, not to mention the processing speed and storage limitations. So, if you play memory-intensive games and can't deal with momentary lag, spending more will be a good option.

However, many people will find that the A50 provides exactly what they need. If you want a reliable phone for watching TV or listening to music during train journeys, it's a good option (offering 3,5mm jack connectivity which Apple phones lack). The battery capacity, build quality, and user interface all make it one of the more capable mid-range phones available. And that price is another major factor. If you want premium build quality and features that challenge high-end phones, the A50 isn't a bad way to go.

The Critical Response to Samsung's A50 Smartphone

The smartphone market is a crowded one, that's for sure. So, it's always useful to consult the critics to see what their expert minds have made of new devices. In the case of the Galaxy A50, responses have been broadly positive, with some criticisms of features like the camera and speed, but plenty of praise elsewhere.

Tech Radar is a good example. Its reviewer focused on the cameras, mentioning the low colour range and poor contrast. But he also complimented the design and battery features, as well as the generous screen size.

Android Central was even more positive. In its Samsung Galaxy A50 review, the phone was labelled a “new budget champion”. The reviewer mentioned the attractive gradient toning of the phone's rear, and the triple cameras, which aren't usually available for cheaper models. And they also contested criticisms of the display, noting that the A50 performed well, even in harsh sunlight. So opinions are mixed where visuals are concerned.

So the consensus is that the A50 represents a bold move into “premium mid-range” territory for Samsung. Reviewers agree that the brand has toned down some premium features such as materials and the fingerprint sensor, but retained many more while driving down its prices. And this hasn't been a disaster for reviewers. On the contrary, the signs are that the A50 is a huge success.

Ways to Buy the Samsung A50

Scheduled for release across the UK in April 2019, the Samsung Galaxy A50 comes with a few buying options. Let’s take a look:

Additionally, buyers will probably have the choice of going SIM-free or contract. As ever, this is a tricky decision. When you buy SIM-free, you'll just purchase a handset – often up front with a large initial purchase price. However, when you total up contract payments, this can work out cheaper than paying in instalments. And you'll be able to shop around for SIM deals (providing your A50 is unlocked). With contracts, you'll be locked into set payment schedules, so do your maths before signing anything. But when data, calls, and other perks are added in, they can deliver good value.

The key thing is to keep in mind a guide price for an A50 handset and assess how much you will really need to spend on data and calls. If you aren't likely to use the perks provided with a contract, it doesn't represent good value, no matter how cheap it sounds. So, find a deal that's built around your smartphone habits, not the needs of sellers. hotukdeals makes shopping around for SIM-free or contract deals easy. So if you're hunting down a Samsung Galaxy A50 best price deals are always there to find.

Is the Samsung Galaxy A50 Waterproof?

Waterproofing is a core consideration for all premium smartphones, and it hasn't always been a strong suit of the A family. However, Samsung has worked on this aspect of its mid-range phones and come up with some decent improvements. This time around, the A50 is certified as IP68 – which means that it is “water resistant”. This guarantees a certain level of protection against everyday splashes, and even immersion in pools or basins. But it won't handle deep immersion or long periods underwater. Then again, it is guaranteed to function for 30 minutes at 1.5 metres depth – which will cover most situations.

If all of the above haven't persuaded you that the A50 is the upgrade of choice, here is a quick list of key specifications to put the phone in perspective: 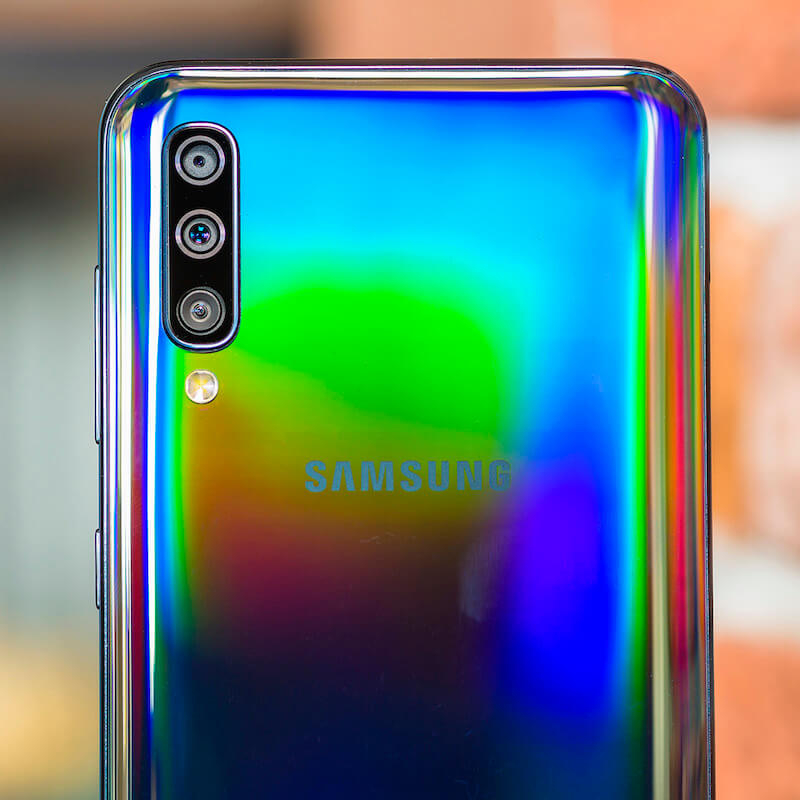 Samsung Galaxy A50 vs Poco F1 Phones: Which is Better?

When choosing a mid-range smartphone, you'll come across plenty of alternatives. So many in fact, that the process of buying a phone can become dizzying. One key battle is between the Samsung Galaxy A50 and the Poco F1 from budget kings Xiaomi. So how do the two phones compare?

Although Xiaomi is often reckoned to be an inferior brand to Samsung, its Poco F1 doesn't underperform the A50 in many respects, if at all. The screen is slightly smaller (6.18-inches compared with 6.4-inches), and the IPS screen is slightly less vivid and impressive than AMOLED, but the resolution is identical and few users will notice the discrepancy.

The Poco F1 is faster than the A50 – quite a bit faster when it comes to gaming and streaming, and many people feel that it has a stronger build quality. Waterproofing is virtually the same, as is charging and battery life. Basically, there's not a huge amount to choose between the two phones.

In this contest, the deciding vote may come down to value. The Poco F1 tends to retail for significantly less than the A50, so it will probably have the edge here. With both models, you'll have a capable, well-made, affordable phone.

What About Other Members of the Samsung A Family?

Earlier on, we mentioned that the A50 has been released with other A models. Are these phones viable competitors for the A50, or should you give them a miss?

The A50 stands in the middle. It's powerful enough to compete with S models and premium brands has a large screen, triple cameras, and strong memory and storage specs. But it's important to note that there are cheaper, less powerful alternatives, and more powerful options as well.

How and Where to Find Samsung A50 Deals

By now, you should have a much better idea of what the A50 has to offer, and whether it's the mid-range smartphone you need. But don't rush down to the High Street and sign up for the first contract put before you. There are ways to save money when purchasing an A50, and buyers should always take advantage.

As we noted earlier, make sure you're buying a phone and contract that suits your lifestyle. Don't over-buy data and calls or go for a phone that's not powerful enough to suit the games you love. Always pick a phone that meets your unique needs.

Secondly, it's vital to know where to buy Samsung Galaxy A50 phones. And there's only really one place to look: the hotukdeals Samsung Galaxy A50 listings. Our listings include the latest A50 deals from major UK merchants. If Carphone Warehouse, Amazon, Argos, John Lewis or Very, you'll find them on our pages. Just compare offers, and pick a deal which ticks all of your boxes.

Finally, knowing when to buy makes a difference. Samsung releases new models on an annual basis (often in April). So A50 prices will drop as new releases approach. And they may also drop dramatically around Amazon Prime Day (mid-summer) and Black Friday (in November). So shopping at peak sales periods can realise big savings.

If you want to balance quality and price, the A50 could well be the ideal smartphone. Good-looking, durable, easy to use, powerful, and kitted out with excellent visual capabilities, this mid-range phone mixes it with premium models while undercutting them significantly. Discover the latest offers at the Samsung Galaxy A50 hotukdeals listings.