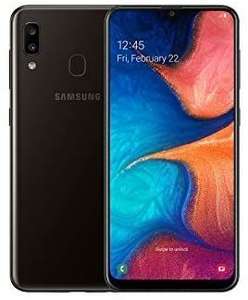 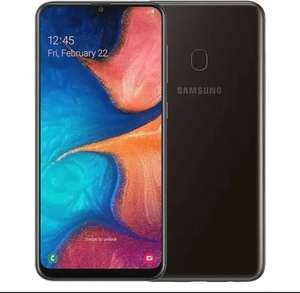 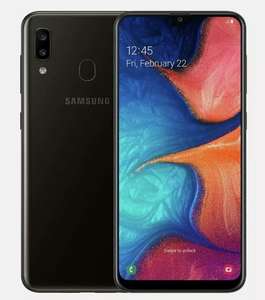 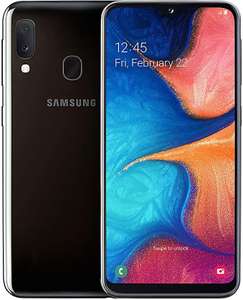 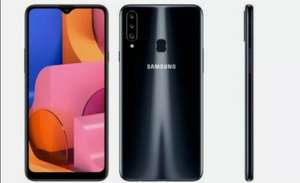 290° Expired
Posted 19th Oct 2020Posted 19th Oct 2020
Samsung Galaxy A20e 32GB Black Unlocked Open Condition Smartphone - £85 @ Buy Mobiles Warehouse / Ebay£85 Free P&P FreeeBay Deals
Note that this may be a European version of this phone, @jazzuk777 can confirm the A71 he received from these guys was an EU version. Equipped with a powerful 3,000mAh battery, the A20e… 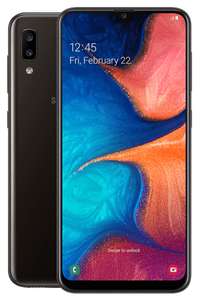 Launched on July 31, 2019, the Samsung Galaxy A20e is the latest in a long line of high-end smartphones from Korea's flagship technology manufacturer. Slimline, powerful, and surprisingly affordable when you shop for the right deals, the A20e could well be the phone customers are looking for. But before you make any purchases, this hotukdeals A20e buyer's guide is a must-read.

We'll run through what Samsung's new Galaxy phone has to offer, how it fits into the Galaxy range in general, and ways to find a Samsung A20e best price. With our help, you'll be able to upgrade your smartphone options at the lowest possible price, and with all of the features you require. But before you look for Samsung A20e deals, it helps to situate the phone in the history of the brand. So let's take a quick diversion through Samsung's history to get to know the phone better. 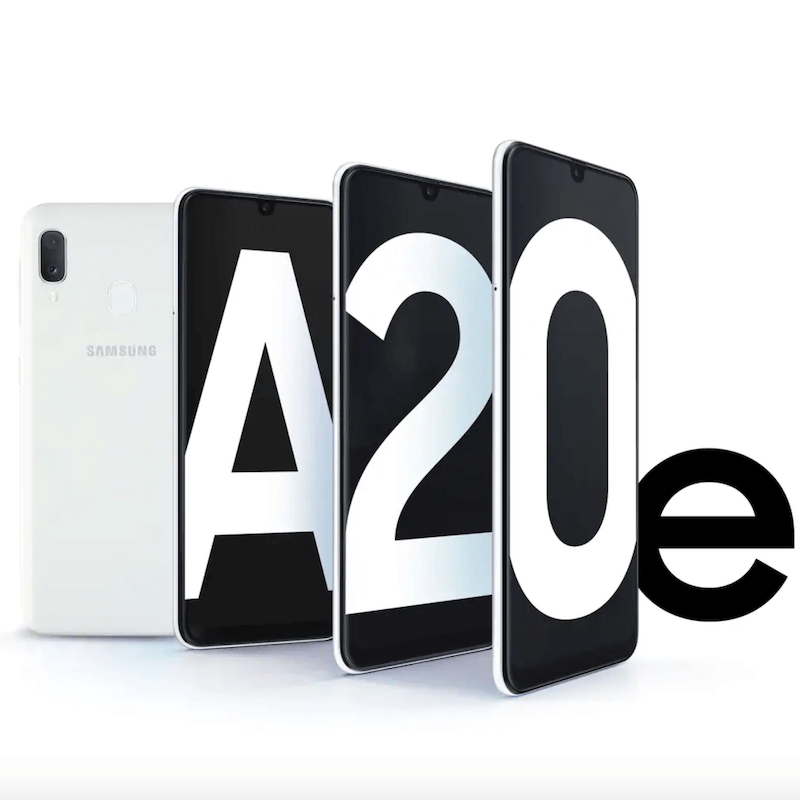 Samsung's history dates back to 1938, but for decades the company was a general trading concern – not the high-tech giant it has since become. In the 60s, the company made a decision to branch out into affordable consumer electronics, while chip-making, audio equipment, and mobile phones followed in the 1990s.

Samsung's investment in chips and mobile tech meant that the company was ideally placed to respond to the appearance of the earliest smartphones in the mid 2000s, so much so that the firm became the world's largest mobile phone maker in 2012. The birth of the Samsung Galaxy smartphone range in 2009 was a key part of that expansion.

Offering some of the first Android ready high-end smartphones, the Galaxy collection also focused on aesthetics from the start, with eye-catching form factors and colours. For a few years, the “S” family reigned supreme, but by 2014, Samsung had decided to broaden its smartphone horizons. Seeing an appetite for middle of the range, but capable phones, it launched the “A” family that year, adding a totally new dimension to the firm's product roster.

Similar to S phones but slightly less powerful, Samsung Galaxy A phones passed through 5 generational refinements between 2014 and 2019 (roughly one per year). Each iteration has added faster Exynos and Snapdragon processors, offered new tweaks to the metallic casing, better resolution for the Infinity display, and innovations like multi-lens cameras. So where have we got to with 2019's Samsung Galaxy A20e? Let's dive into the phone's features to establish whether this year's version offers something radically new for smartphone fans.

What Features Make the Samsung Galaxy A20e Stand Out?

As usual with smartphones, the A20e doesn't offer anything which leaps out as a technical revolution. That's not the way any mobile makers work these days – where small but significant steps forward make all the difference. With that in mind, here are the key features that Samsung Galaxy A20e buyers need to know about: 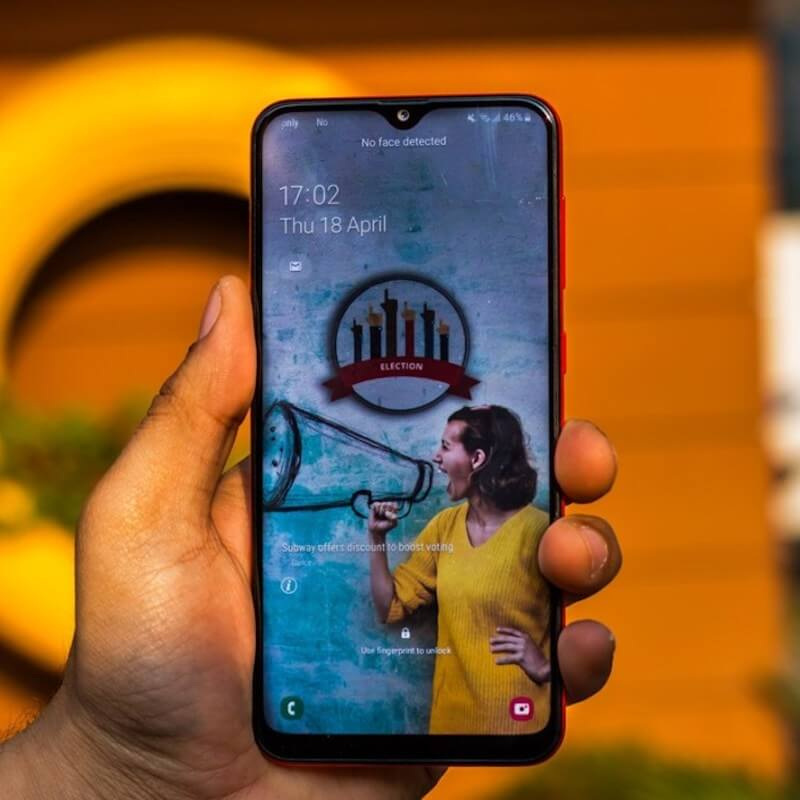 Things to Think About When Buying a Samsung Galaxy A20e

First off, there are some basic aesthetic decisions to make when choosing a Samsung Galaxy A20e. The phone comes in four colours: coral, white, black, and an attractive blue tone. All look great, and are priced at exactly the same level, so have a look at the Samsung website and pick a hue that meets your personal tastes.

Other than that, there aren't too many extra options to toggle. The Samsung A20e only comes in one version, with 32GB storage space and 3GB RAM. However, buyers will need to decide how to pay for their handset and network subscription. In other words, most of the time, buyers will also need to weight up Samsung Galaxy A20e pay as you go vs contract deals.

Generally, going SIM-free and purchasing a handset alone will be the most expensive up-front purchase (for instance, prices at the Samsung online store hover around £170). But the advantage of buying the handset is that you'll avoid interest payments, which are inevitably attached to contract deals. In the end, most contracts work out more expensive than SIM-free purchases – at least where the handset is concerned.

But here's where it becomes tricky. When you go SIM-free, you'll still need to buy a SIM from a major network. You could choose pay as you go, which lets you manage payments precisely. It's a bit more hassle than having a contract, but an excellent option for those on a budget, and customers will often find discount codes for PAYG credit via hotukdeals.

On the other hand, choosing a Samsung a20e pay as you go option may work out more expensive in the long run. If you know that you'll need “X” amount of data and call time every month, a mobile contract deal is likely to be preferable. Networks like O2, Three, and Virgin offer plenty of package deals for A20e SIMs. Not all are as competitive as they appear, so check the small print. And only go for contracts that deliver the data and calls you need. It's easy to overbuy mobile services, resulting in vastly inflated bills.

Finally, adding phone accessories is another thing to think about. For instance, when you purchase a phone, it may be a good idea to add a Samsung Galaxy A20e case to ensure long-term protection against drops, scuffs, and general wear and tear.

If you want a good Samsung A20e case, Spigen is an excellent brand to choose. Specialising in creating rugged cases for outdoor usage, their protective products will offer maximum shielding, even for the clumsiest A20e users. But cheaper options are on offer from Terrapin and Techgear, and they should be found for most urban users. 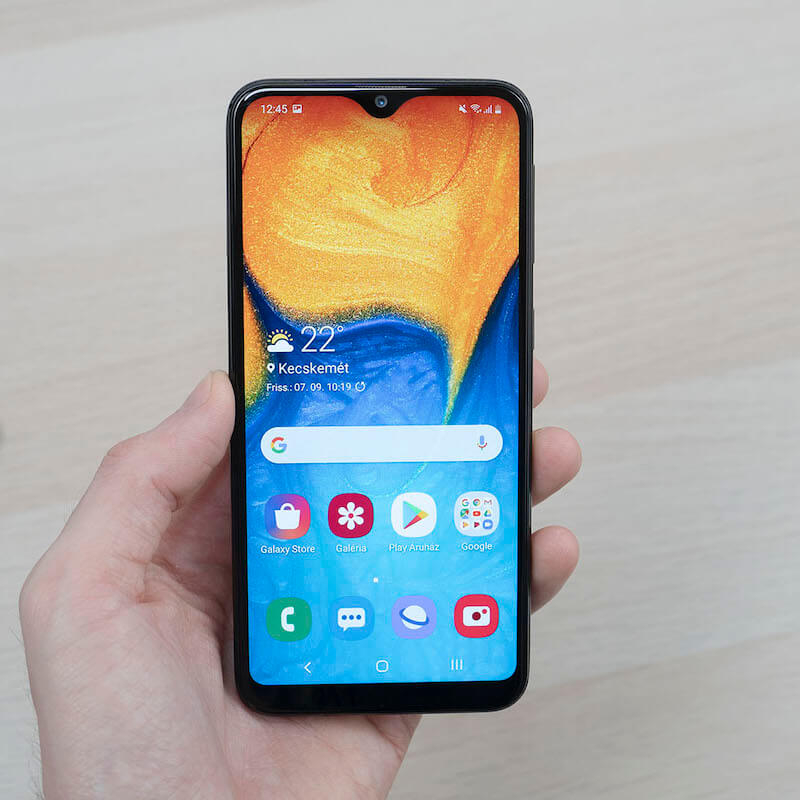 Before you start scouring the hotukdeals listings for the right Samsung A20e offers, we need to know more about how the phone actually performs. We know that the specs are pretty good, especially for a phone that retails for under £200 in most cases. But does this actually make the A20e the right phone to go for?

The phone certainly created a buzz among the UK's tech reporters in their Samsung Galaxy A20e review articles as its launch date approached. As Trusted Reviews noted, the expansion of the screen to 5.8-inches, and the inclusion of a 3,000mAh battery represented potential game-changers for the A series, adding up to a product that seemed “pretty awesome for mid-ranger.”

Expert Reviews had a similar reaction, praising both the cost and compact size of the A20e model. However, the magazine also noted that the feature set is minimal compared with the Samsung S range, which is exactly what buyers would expect from a mid-range model. So if you need the largest, highest resolution screen around, premium camera functions, and super-fast processing power, something like the S10 could be the way to go.

Generally speaking, the press has been united in praising the concept behind the A range, and the A20e in particular. So if buyers need a reliable, powerful, ergonomic, and – above all – affordable smartphone, they should be in the right ballpark.

Unfortunately, Samsung has not sought IP68 certification for the A20e (the internationally recognised waterproof standard). That doesn't mean the phone will fail as soon as you drop it into the washbasin, but it does mean that prolonged periods underwater or in damp conditions could pose a problem. Dust may be an issue as well.

To counter this, it's a good idea to pick up waterproof Samsung Galaxy A20e cases. They can supply an extra layer of protection for £10-20 in many instances, so Samsung's decision isn't a huge problem after all. 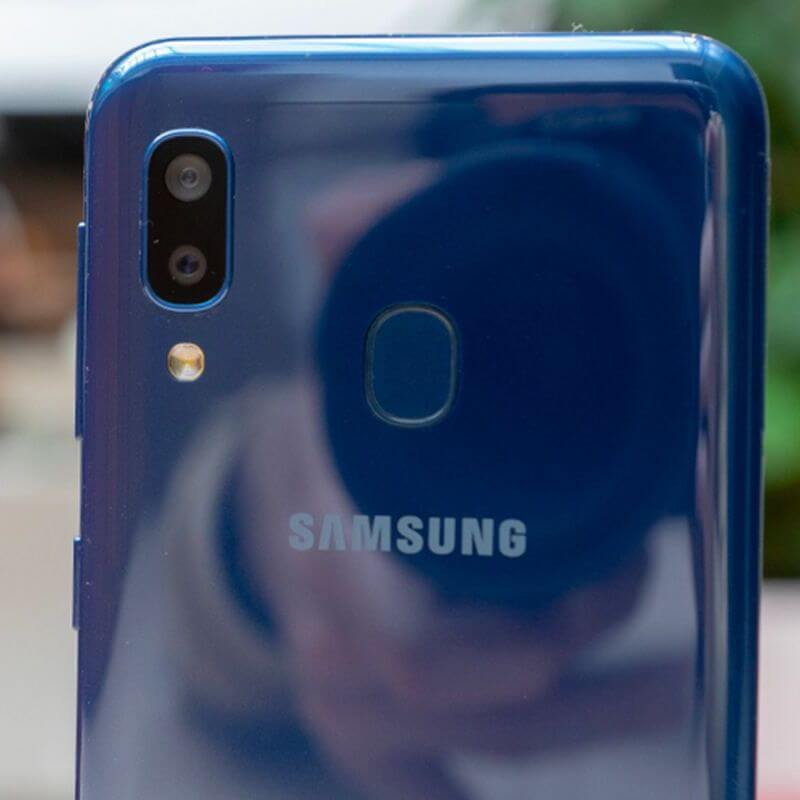 While the S9 and S10 do cater for true wireless charging, that's not a feature you'll find with the A20e. And you probably wouldn't expect it with such an affordable device.

However, the A20e does come with extremely fast charging, and a generous 3,000mAh battery, which somewhat compensates for the lack of wireless capabilities.

Comparing Samsung Galaxy A10 vs A20e Phones: Which One to Choose?

Before you purchase an A20e, it's also handy to know more about potential alternatives, and whether upgrading is a necessity. In this situation, comparing the A20e vs the A10 makes a lot of sense. Both launched in 2019, but there are some essential differences, which could sway the decisions of buyers.

Most obviously, the A10 is bigger. At 6.2-inches compared with 5.8-inches, it offers more space to watch TV or movies, and it may be better for users with vision issues. It also has a larger battery (3,400mAh vs 3,000mAh), and sports the same Exynos processor you'll find on the A20e.

However, in many respects, the A10 is slightly underpowered compared to the A20e. It comes with 1GB less RAM (2GB vs 3GB), and lacks the multi-lens camera system of the A20e. Instead of 13MP and 5MP wide lens options, A10 users just have a 13MP main camera, which is fine for most purposes, but not as deluxe as the A20e's photography features.

The A10 is around 30g heavier than the A20e, which may influence some people. It won't feel quite as comfortable in your hand over long periods, and will be a tiny bit clunkier in your pocket as well. But overall, the differences aren't vast. By and large, if you prioritise photography, the A20e will be preferable. But with a considerably lower price tag, the A10 will satisfy most entry-level users. And both phones can be found at hotukdeals, so finding bargains shouldn't be tough.

How and When to Make a Samsung Galaxy A20e Purchase

The Samsung Galaxy A20e is a welcome addition to the Galaxy range, offering plenty of premium features at a price point that makes it accessible to the masses – not something we've been able to say about all Galaxy models. But even so, the bill for A20e handsets, contracts, PAYG SIMs, cases, and add-ons like MicroSD cards can run into the hundreds of pounds. So finding discounts really matters.

If you want to find the latest Samsung Galaxy A20e deals, doing so won't be hard. The place to start is probably Samsung's homepage, where you can weigh up different models and check that the A20e is the model for you. After that, it's a question of shopping around to find the Samsung Galaxy A20e best price. And that's where hotukdeals kicks into gear.

Our Samsung Galaxy A20e listings bring together handset and contract deals from merchants like the Samsung Store, Amazon, Argos, Mobiles.co.uk, Vodafone, Three, O2, Sky Digital, and Carphone Warehouse. You'll find both PAYG offers (with credit top-up deals as well for people who already have an A20e) and contracts. So cross-compare and find a deal that suits your smartphone-using habits.

If you want to make even bigger savings, look for discount codes when major sales events take place. Black Friday in November is an obvious candidate, as is Amazon Prime Day. And expect big reductions in the spring, when new Samsung models are on the horizon, and older phones plummet in price.

Few smartphone families have the reputation of Samsung's Galaxy collection, which almost never fails to excite UK phone users. The Galaxy A collection offers a low cost selection of Samsung phones with features that used to belong to top of the line phones, and the A20e is one of the most recent additions. Find the biggest reductions on handsets and contracts by browsing the Samsung Galaxy A20e hotukdeals listings.