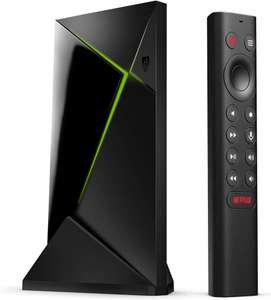 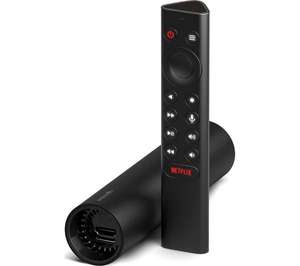 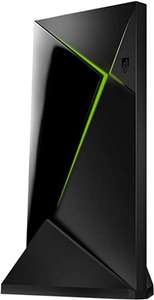 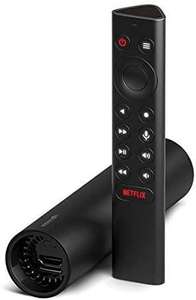 304° Expired
Posted 15th AugPosted 15th Aug
NVIDIA Shield TV 4K HDR Ready WiFi Digital Media Streamer 8GB Refurbished - £84.99 with code @ tabretail / ebay£84.99 Free P&P FreeeBay Deals
Get deal*Get deal*
Customer returned item, tested and fully working. May have minor signs of handling. Item may not be in the original box. However we back this up with a 1 year warranty! The NVIDIA SHIELD T… 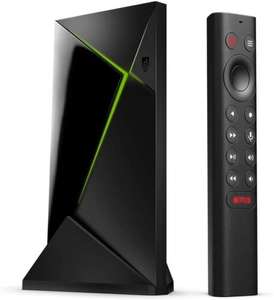 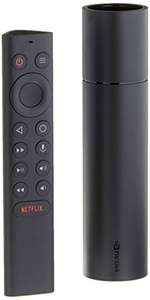 Nvidia Shield TV: Streaming, Gaming and Set-Top Box All in One Device

The Nvidia Shield is a set-top box, games console, and streaming device, all in one. Designed to cater for users who love gaming and watching TV on the same TV, the Shield could be a game-changer for UK households, or it could be an unnecessary addition to home entertainment collections.

So, do you need to invest in this high-tech streaming gadget? This hotukdeals buyer's guide will investigate what the Nvidia Shield is, what it does, and who it might appeal to. We'll assess the competition, suggest some killer games for the system, and provide a little advice about how to find a Nvidia Shield cheap and the best Nvidia Shield deals. But before we do that, let's get to know the manufacturer in a bit more detail. 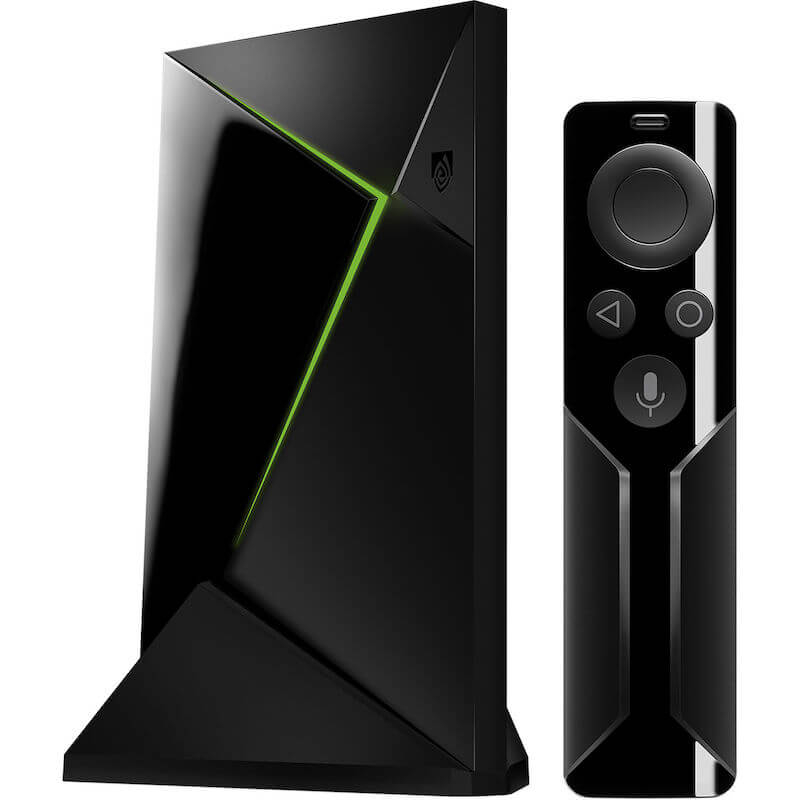 Understanding the History of Nvidia

Gamers will probably already be a little familiar with the name Nvidia. That's no surprise, as the company manufacturers the GeForce range of graphics processors, which have become a key aspect of gaming for PC users across the world. Able to accelerate 3D graphics without creating vast amounts of heat and noise, these cards have revolutionised the way developers create PC video game titles, opening up new vistas of gameplay and visual experiences.

The company itself is based in Delaware and California, in the United States. In the 1990s, it was one of the first tech companies to focus on specialist graphic acceleration cards, accurately divining the trajectory of the home and professional computing market. A major breakthrough came in 1999, when Nvidia released the GeForce 256, it's first mass market graphics card. The quality of this card created such a buzz that the developers were brought on board by Microsoft for its new Xbox console. Ever since, Nvidia products have played a key role in delivering crisp, smooth, Xbox action.

After acquiring 3DFX and Exluna in the 2000s, Nvidia became one of the “big two” GPU manufacturers, competing directly with AMD. It advised Sony when creating the PS3, and also started developing processors specifically for mobile devices.

At the same time, Nvidia realised that the future wouldn't revolve around graphics processing alone. Gamers and movie fans were also demanding new ways to “stream” content from their devices to TVs. That's why the company released the first Nvidia Shield console in 2015. It's also why GeForce Now emerged as the company's streaming platform, offering a way for Shield users to choose their games and entertainment content (and make micro-payments to consume it).

The basic console was joined by Nvidia Shield Tablets, and the basic microconsole has been beefed up into the Pro – with extra storage capacity. With more smart tech compatibility planned, it looks like Nvidia will be playing a key role in the future of streaming content. But what does the Nvidia Shield have to offer UK customers right now?

How Does Nvidia Shield Work?

The Shield system is based around a console unit, which as we'll see in a moment comes in a couple of variations. This unit runs Android TV – an operating system that's similar to Kodi and other streaming software, and hooks up easily to Android smartphones.

The console itself connects to compatible TVs, establishing a direct connection for streaming, and can also hook up with computers or phones, acting as an intermediary, a little like the more familiar Chromecast or Amazon Firestick. But the core purpose of the Shield is to store content and deliver it to TVs.

The box uses its own controllers, but comes with various USB ports to connect additional peripherals, while Bluetooth connectivity ensures that other devices can be connected as well, such as headphones.

Basically, this setup enables owners to download and store games on their Shield console, and stream them seamlessly on modern televisions. It's a more elegant option than plugging in laptops, or attaching Chromecast dongles, and potentially opens up a whole world of gaming and viewing opportunities. 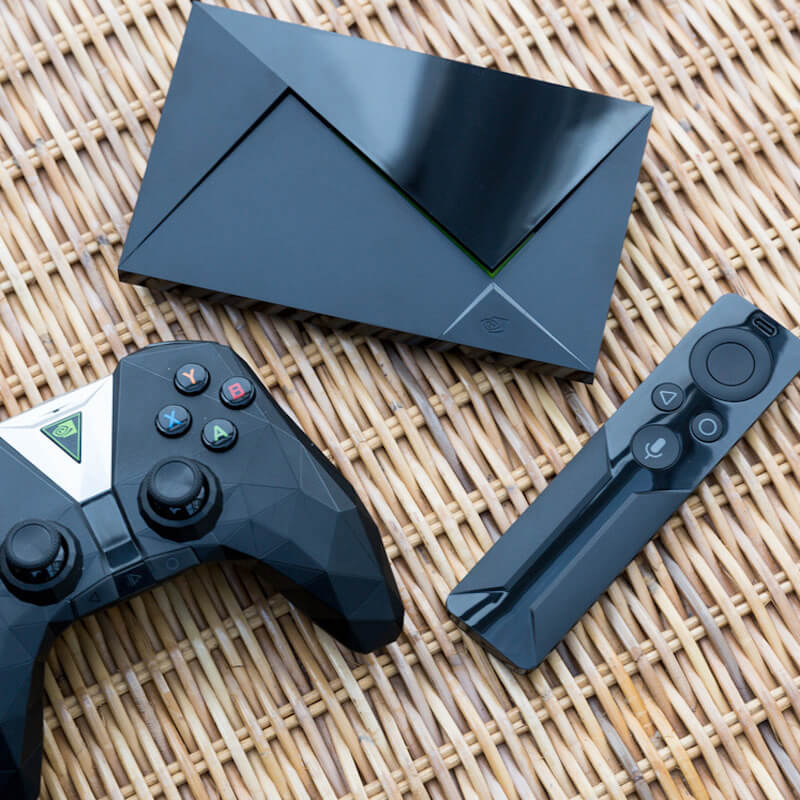 Key Features of the Nvidia Shield

Here are a few of the core features of the latest version of the Nvidia Shield:

Those features make the Nvidia Shield a go-to option for many gamers, both as a standalone gaming console, and a supplement to their PC or Xbox systems. If you want to join them, you'll find the following major buying options when you buy Nvidia Shield products at hotukdeals: 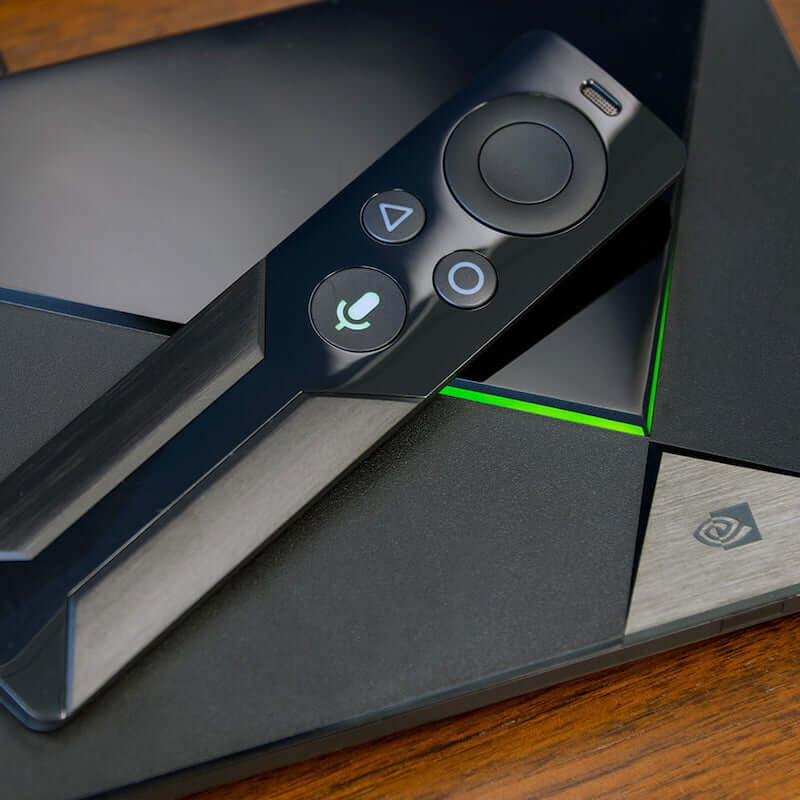 What Has the Tech Press Said About the Nvidia Shield?

Generally speaking, Nvidia Shield review feedback has been very strong. For instance, Trusted Reviews took on the Shield in July 2018, and awarded the microconsole 4 stars out of 5. Its reviewer loved the compact design, 4K support, the ability to stream from the Cloud via Plex, and the intuitively designed controllers and remotes. They also noted that the Shield connects directly to GeForce Now, offering a gaming selection that Smart TV android systems can't match.

Tech Radar assessed the same (2nd generation) Shield and came to very similar conclusions, awarding the system 4.5 stars out of 5, and calling it the “perfect addition to your audiovisual arsenal”. Again, the appeal rested on a) the ability to stream a vast array of games and b) the chance to do so in 4K, straight to TVs.

Some of the Best Nvidia Shield Games to Think About Downloading

As we noted above, GeForce Now offers a library of more than 400 games – and the options include some of today's most popular TV titles.

Fortnite is one of the stars, but other action shooters include Call of Duty titles like Black Ops III, Infinite Warfare, and Modern Warfare. Families will love the choice of LEGO titles, including popular options like Batman, Marvel Superheroes, and Jurassic Park. Snipers and engineers will want to dive into Team Fortress 2, adventurers will love the selection of Elder Scrolls titles, while Metro Exodus caters for fans of apocalyptic sci-fi.

The choice is extremely wide, with shooters, RPGs, sandbox style games, Football Manager, and space exploration titles like No Man's Sky. The sports selection isn't as extensive as it could be (there's no Fifa, for instance), but there should be plenty of titles here for gamers to sink their teeth into.

Membership of GeForce Now is free of charge to Shield owners. This doesn't mean that all of the listed games are free. You'll still need to connect to download sites like Steam to actually start downloads. However, Nvidia does make a range of games free to download on a monthly basis, which is a nice perk for Shield users.

Additionally, Nvidia has teamed up with Google Play to offer Nvidia exclusives, so it's worth hunting around for Android games that you won't find anywhere else.

We're almost ready to make an Nvidia Shield purchase, but one important subject remains: peripherals. The Nvidia Controller and the Nvidia Remote are key aspects of the Shield, so how do they work, and are they worth buying individually with a standard package?

So there's no need to wonder how to charge Nvidia Shield remote controls. Instead, users will benefit from a stash of spare coin cell batteries. Any standard CR2032 batteries will do, and you'll find brands like Duracell available at very reasonable prices by browsing the hotukdeals batteries listings.

How and When to Pick Up an Nvidia Shield Bargain

Nvidia's Shield has become a hugely popular alternative to streaming boxes, Smart TVs, and Chromecast dongles, and it also offers competition to games consoles like the Playstation 4 and Xbox One. If you love gaming and have a widescreen 4K TV, there's no better addition to your home entertainment collection. But how can you buy Nvidia Shield products for less?

Firstly, decide whether you need the Standard or Pro package. You'll find a significant price difference between the two. Both have the same processor and access to peripherals and Android services. The difference lies in local storage. If you go for the Standard box, you'll need to rely on Cloud storage or endure length downloads when starting gaming sessions. With the Pro, you can store games locally, and be ready to play immediately.

Sometimes, you can also find better deals by purchasing controllers, remotes and Shield boxes separately. This isn't always the case, but don't assume that Nvidia's own bundles represent the best value. Shop around for prices for the kit you need, and buy it anyway you can.

The best way to shop around is by browsing the hotukdeals Nvidia Shield listings. Our listings include Shield bargains from merchants like Amazon, John Lewis, Currys PC World, and eBuyer. You'll also find listings for Shield purchases via Google Play and Steam, making it cheaper to build entertainment libraries when you've purchased a console.

And think about timing, too. The best NVidia Shield sale bargains can often be found around Black Friday in November. So think about waiting a while before buying. It can pay off in a big way. However, if you can't wait, check out the listings currently available via hotukdeals. You're sure to find Nvidia Shield products at affordable prices.

The Nvidia Shield is a “microconsole” which allows Smart TV owners to make their cutting edge TVs even smarter. Providing a way to stream 4K gaming content directly onto TVs, and featuring high-quality remote controllers and gamepads, the Shield also allows owners to access hundreds of downloadable games – often at very low prices. So if your living room entertainment is becoming stale, find a solution at the hotukdeals Nvidia Shield listings.