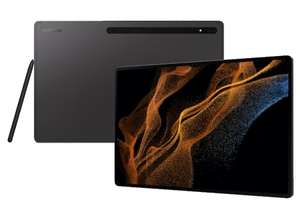 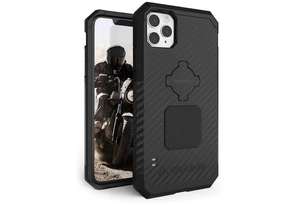 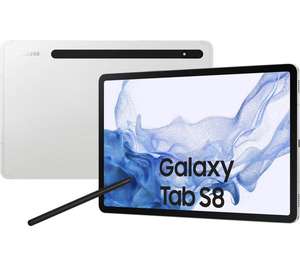 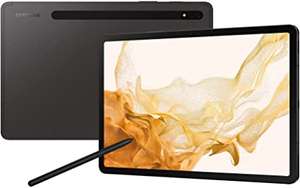 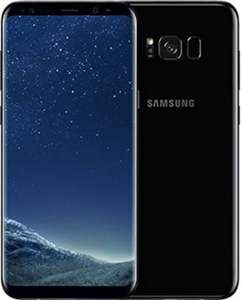 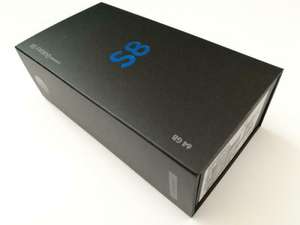 The Samsung Galaxy S8 is a high-end smartphone from the Korean tech giant Samsung which is characterised by its wraparound, almost bezel-less screen, slender profile and powerful processor. Building on previous Galaxy phones (and ironing out technical problems as well), the S8 is a high-quality smartphone that is a strong competitor for Apple’s iPhone 7.

Samsung have been manufacturing smartphones since they first appeared on the market. The Galaxy range made its debut in June 2009, and was one of the most popular early Android smartphones, boasting a capacitive touchscreen and an impressive camera. With its ease of use and reliability, the first Galaxy phone quickly established Samsung as a go-to brand for smartphone consumers.

After that, the Galaxy range went from strength to strength, branching out into more basic, lower-end phones and the “S” range – the company’s flagship collection of advanced smartphones. Beginning in 2010, Samsung started to push the boundaries of everyday smartphones, offering innovations like dual-core CPUs, IR blasters (to double up as a remote control), 4K video, USB sockets, and industry-leading water resistance.

In the process, the S range became a favourite device across the world, selling 180 million units. Every model in the series has moved with the times, rivalling the iPhone and offering something new. Now, it’s the S8’s turn, and it brings plenty of features to the table.

Read on to find out the key features, specifications and ways to buy one of the most impressive smartphones ever released. 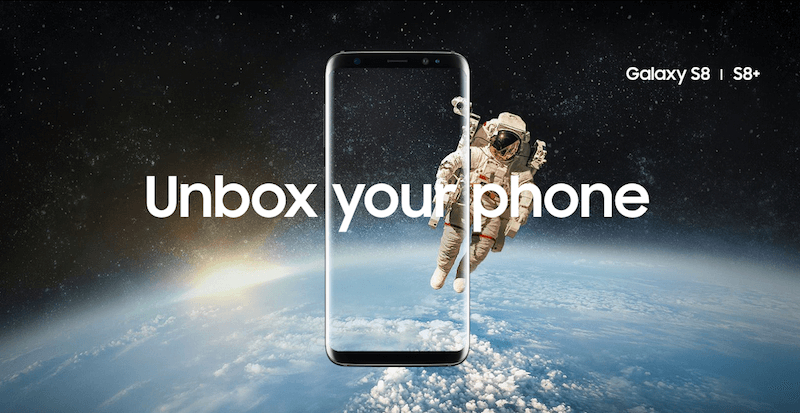 No More Edge on the Samsung Galaxy S8

The Samsung Galaxy S8 includes changes to the internal architecture and external look of the phone – both of which deliver significant improvements in terms of the user experience.

Superficially, the phone is a familiar smartphone, but there are several ways that the S8 departs from the norm. Here are some of the most important features that set it apart from the crowd: 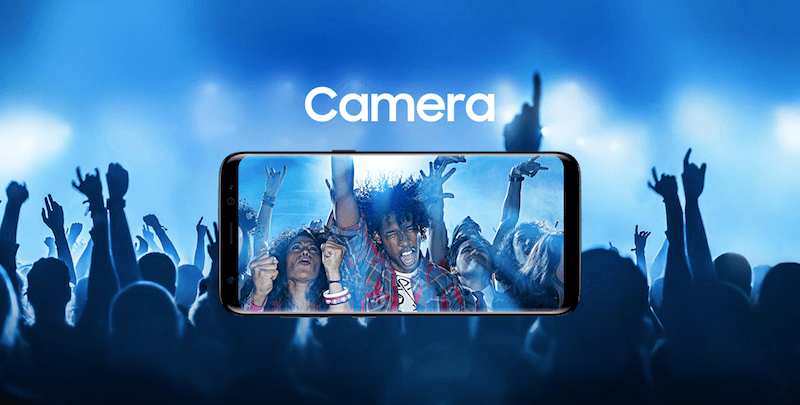 These basic specifications are coupled with a huge variety of other features that will appeal to specific customers. For instance, Samsung have bundled in sensors to detect acceleration, which could be useful for fitness fans. There’s a fast charging feature which everyone will appreciate, and up to 67 hours of MP3 playback – which people who need to be entertained during long journeys might bear in mind.

There are also plenty of security features, which is one of Samsung’s priorities. For example, the S8 comes with real-time malware and anti-virus protection, various biometric scanners, and a “secure folder” which allows users to deposit sensitive files safely.

These security features are intended to complement the payment options catere for by the S8, including Samsung Pay. So, if you intend to use your smartphone to make in-store purchases or contactless transactions, the S8 will be one of the most secure options you could choose.

What Makes the Galaxy S8 Different to Previous Models?

Well, aside from the fact that Samsung have promised that this model of Galaxy absolutely won’t catch fire, the S8 has plenty of features that we haven’t seen from previous iterations.

The octa-core processor is faster than ever, and Galaxy fans will notice big improvements in smoothness and general app usage because of this. The screen is also significantly larger, and the effect is enhanced by the rounded wraparound screen, which uses space more efficiently than ever thanks to the 18.5:9 aspect ratio.

Previous Galaxy phones tended to come with 32GB of storage initially (although that was expandable), and the S8 has generously doubled that amount, leaving more room for MP3s, your own snaps and apps.

Streaming video from services like Netflix will also be enhanced relative to older Galaxy phones. The S8 comes with an HDR-enabled display, which delivers sharper contrasts and brighter colours on streaming video.

Then there’s Bixby. Bixby is Samsung’s answer to Siri, offering an AI-style assistant whose job is to enhance your user experience. The voice recognition isn’t as advanced as Apple’s service, but Bixby has some innovative skills that Apple phones don’t – not least the object recognition features that work with the S8’s camera.

And that camera has been tinkered with, too. You can now automatically filter snaps to find the ones with the best definition, add Snapchat-style augmentation to your photos and choose to shoot in a stripped down professional mode, if that’s the way you like it.

Beneath all of that, and propping up the advanced tech is a battery that has been kept more or less the same. That doesn’t necessarily mean that performance will suffer. The phone needs to juggle more on-screen pixels, but the processor’s improved efficiency makes up for that. Still, the battery has pretty much stood still compared to the Samsung Galaxy S7.

Before you buy your new phone, think about whether you need the processing power, graphics, screen size and sheer engineering quality that the Galaxy S8 brings. All of that comes with a cost, and it’s not always money well spent.

The improvements have been incremental, rather than revolutionary compared to the Galaxy S7. The main selling point of the phone is its beautiful wraparound screen, something that other brands haven’t matched. But aside from that, the camera, memory, interface, battery – all of these features offer small improvements, not game changers. So, if you just want a good phone for everyday use, you may opt to go for older Galaxy models like the Samsung Galaxy S6 or S7 (and you’ll find a host of discounts for them at HotUKDeals as well).

And there are plenty of competitors to the S8, too. For example, the LG G6 has also almost done away with the bezel (albeit without a pure wraparound screen design). It might have a slightly less powerful processor, but the G6 does most of the things the S8 can do, at a lower price tag.

However, some people might actually want to spend more on their main smartphone. In that case, the S8+ could be worth considering. Even more advanced than the S8, its larger cousin offers a better screen for viewing streaming video and playing games, longer battery life, and a faster processor.

The differences aren’t massive, though. The S8+ has a 6.2 inch screen, compared to 5.8 inches for the S8 and the battery offers considerably more juice. Whether you plump for the smaller or larger model will probably be down to your feelings about screen size. If you chafe when watching films on the smaller screen or you want a less cluttered display when using your apps, the 8+ is the option to go for.

Is the Galaxy S8 Suited to Gamers?

If you use your smartphone as a serious gaming device, the Galaxy S8 is one of the best phones on the market. That’s mainly down to the large Super-AMOLED display which delivers high definition, great contrast and crisp colours (in full HDR).

Samsung have gone out of their way to equip the S8 with the processing power needed to handle the new breed of 3D smartphone games, while 4GB of RAM is more than enough in most situations as well.

Then we come to VR. Samsung have partnered with Oculus Rift to create a VR headset for the S8 and S8+ (called Gear VR), which features a motion controller. There currently isn’t a huge library of VR games for smartphones, but there surely will be in the near future, and S8 owners will be well placed to capitalise. 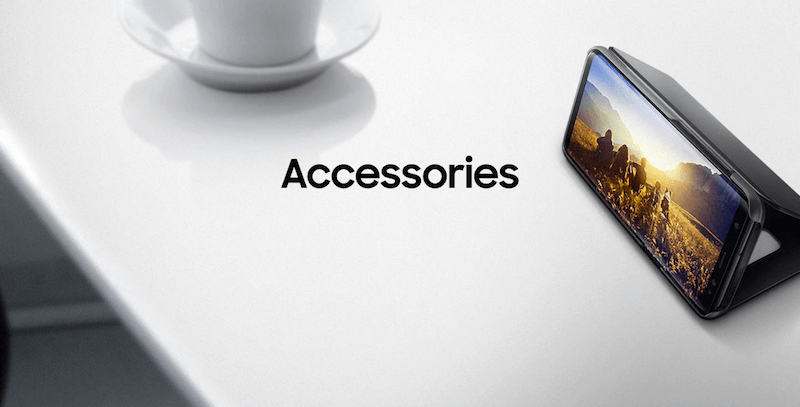 Essential Accessories to Purchase for the Samsung Galaxy S8

As with all phones, to really get the most out of the Samsung Galaxy S8, you’ll need to have the right range of accessories. Here are some to seriously consider:

How to Find a Cheap Samsung Galaxy S8

The Samsung Galaxy S8 is available from all of the UK’s biggest mobile phone retailers. Check out the offers available from merchants like O2, EE, BT, Sky Mobile, Vodafone, Three, Tesco, Currys, Carphone Warehouse, Argos and the Samsung online shop themselve. You’ll find an array of contracts, payment plans and upfront charges, so be sure to shop around until you discover the perfect deal for you.

Given that the S8 was released in April 2017, prices will remain high for a while after that. If you want to find a bargain deal, it may well be worth holding out until Black Friday in November, Christmas in December or the January Sales. Or, go for a 2016 model like the S7, if you need a high-end smartphone, at a slightly lower price point.

Look out for Samsung Galaxy S8 bundle deals as well. They could be the ideal way to purchase a phone and the accessories you need to enjoy all of its features. Whatever you do, be sure to check out your options via HotUKDeals – the UK’s largest database of smartphone deals.

All the Samsung Galaxy S8 Offers Here at HotUKDeals

If you want to upgrade your smartphone to a top of the line model, the Samsung Galaxy S8 could be ideal. Beautifully designed, full of great features and adapted for professionals and gamers alike, the S8 is an impressive device. Even better, all of the best S8 discounts can be found at the Samsung Galaxy S8 HotUKDeals listings, your first port of call when making a smartphone purchase.