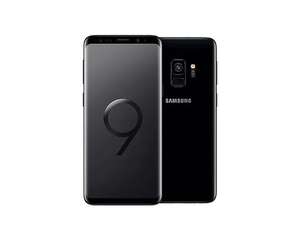 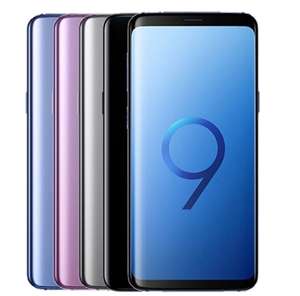 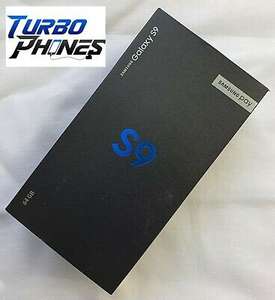 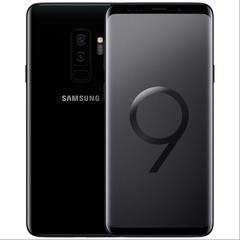 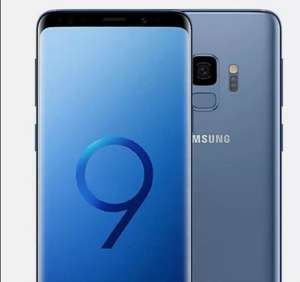 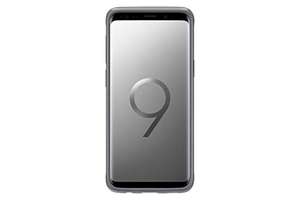 Taking up from where the S8 left off, the Galaxy S9 is an improvement on its predecessor S8, rather than a completely original phone. It has kept the robust IP68 water and dust resistant rating, but now the slick Infinity Edge display is reinforced with Gorilla Glass 5, making it more able to survive a fall intact. Other upgrades include a superior CPU, new front-facing stereo speakers, and AR Emoji’s which let users create advanced aminations of their face.

Development of the Samsung S9

The S9 is the latest flagship handset in Samsung’s popular S series. Alongside its slightly larger counterpart, the S9 Plus, it had a release date of 16th March 2018. The first handset in the S series was the Samsung Galaxy S, it hit the shelves in 2010 and was marketed as a premium smartphone. Subsequent models appeared at a rate of one per year, each new version supplied with more advanced tech than the last and all running on an Android OS. 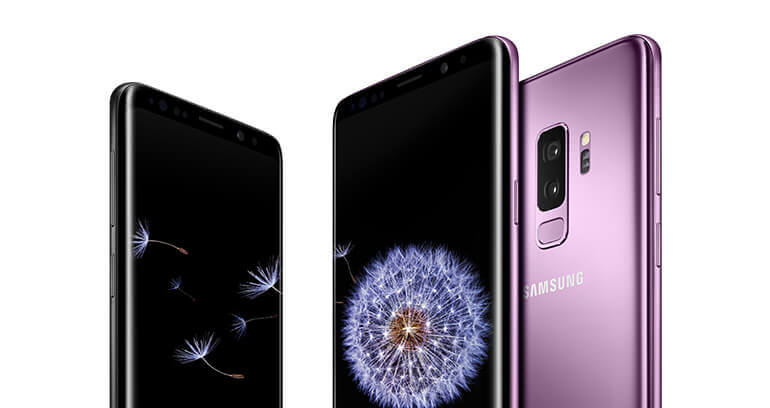 S9 or the S9 Plus: Which Galaxy to Buy

When it comes to processing speeds, both the S9 and the S9 Plus or S9+ have the ground-breaking Exynos 9810, a punchier, faster chip created by Samsung. The handsets share many other identical features, but there are a few key differences to consider if you’re unsure about which to buy.

Unless you are specifically interested in the Live Focus mode or the zoom function, these additions are not going to make the S9 Plus vastly more desirable. For the average user, it is the general advances made to this entire series of phones which standout.

When it comes to choosing a new phone, most people consider the price in their final decision. As high-end phones the S9 and the Plus are expensive, but both remain cheaper than the iPhone X. So if you are shopping for a premium smartphone and you don’t want to compromise on performance, Samsung can deliver a better value option with either version.

There is very little between the two Samsung devices. The bigger phone has more memory and a larger battery but these make a marginal difference. The key choice is between screen sizes. If you regularly watch video content or prefer to have more space for typing, the increased screen size will definitely provide a superior experience. If you tend to stream elsewhere, the more compact S9 may be a more suitable choice and it’s cheaper.

Technical Features of the S9

Samsung has not rewritten the rulebook with the S9, but it has a more vibrant screen, new functions and pioneering Oreo software.

What Should Users Think About Before Buying the Product?

One of the primary dilemmas when buying a new smartphone is when to make the purchase. Upgrading from the equally brilliant S8 won’t make a huge difference, but if you are currently using an older style phone, the S9 is worth its money and will feel incredible. A more difficult choice is whether to wait another year or so for the much-anticipated Galaxy X. Tenth in the S series, this intriguing gadget is a foldable smartphone that Samsung has been teasing for a while, but the release date is yet to be announced.

Specifications of the Galaxy S9 in Detail

Before you buy a new smartphone, it’s helpful to know more about what a phone has to offer. These are the specs for the Samsung Galaxy S9.: 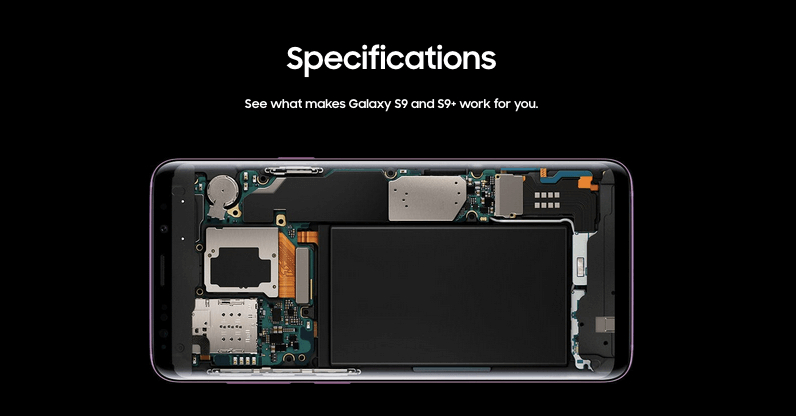 Selecting a Colour and Storage Size

People hoping for a rose-gold or silver option will be disappointed, but the S9 does have three vivid colours for buyers to choose from. Midnight Black is the classic option, an ideal backdrop for the edge to edge display and perfect for amplifying all the gadget’s slick curves. Alternatively, Lilac Purple is a fresh choice that’s really going to pop out in a crowd of pastel or gloss black handsets. It’s a velvety rich colour, with a softness that looks extra luxe. Last in the S9 colour palette is Coral Blue, a shade that looks stunning in the sunlight and is still pretty unique amongst high-end smartphones.

The S9 handset contains 64GB of internal space, but you can expand that to a whopping 400GB with a Micro SD card. This leaves you free to make full use of the souped-up photography features, without running out of room.

Each S9 is bundled with a wall plug, a USB C cable, a USB B to C converter, and a Smart Switch adapter for moving data between devices. Additionally, you’ll get a handy ejector tool for the SIM tray and a stereo headset. You can also customise the device with a range of accessories.

iPhone X vs. Samsung Galaxy S9: What Separates Them?

The battle for market dominance between Apple and Samsung continues to be a clash of the Titans. Comparing their most recent devices reveals no clear winner, instead, buyers will have to choose a favourite based on their personal preferences and style of use.

These handsets are undoubtedly the best around, both representing the cream of the crop for their individual operating systems. While Apple chose to make bolder changes to their iPhone X, Samsung mainly used the S9 to try out a few modifications. Nevertheless, for some phone users the S9’s headphone jack, Micro SD card and USB-C adaptability will prove irresistible.

If you are not sure which type of Samsung phone you currently own, you can find out quickly. Open your device, then select "Apps", followed by "Settings" and scroll down to "About Device". On this screen you will see information about the phone, including the model number and Android version. Look under "Device Name" to see which phone you have.

Which Elements Work and What Could be Improved on the S9?

Competition is fierce in the smartphone market and although the S9 does not represent a major leap forward, it’s still an incredible phone from the esteemed S series. Here’s a look at what makes it a worthwhile purchase and what buyers may be disappointed with.

Tips on Buying the Samsung Galaxy S9 at the Best Price

The Galaxy S9 is a very popular handset and widely available, you can order directly from online stores like Samsung, John Lewis, AO and Very. Alternatively, you could buy online or instore from mobile stockists like Three, Tesco Mobile or 02.

You can be a savvier shopper by waiting until Christmas when many retailers choose to lower the cost of their gadgets as part of seasonal deals. Or keep an eye out on Black Friday at the end of November, when general stores like Argos, along with specialist phone retailers like Carphone Warehouse>have a selection of cheaper handsets and attractively priced contracts to go with them.

Cut the Cost of a Brand New S9 with HotUKDeals

Premium smartphones are hugely desirable but can be expensive. At HotUKDeals we bring together money-saving offers for this device as they are released, on our Samsung Galaxy S9 page.