Looks like there are no discussions. Got something to say, start a new discussion.

Middle Earth: Shadow of War – One Game to Rule Them All

Middle Earth: Shadow of War (SOW) is the sequel to 2014's Middle Earth: Shadow of Mordor (SOM). Like its predecessor, SOW has been published by Warner Bros, Interactive and was developed by Monolith Productions. Also like its predecessor, the title has been an instant success, blending the ever-popular Tolkein saga with beautiful, cutting edge graphics and absorbing gameplay.

SOW was released in October 2017 for the Xbox One, PS4 and Windows PCs (along with a free mini game for Android and iPhones, which we'll talk about later). You can pick it up from a wide range of UK sellers, including plenty of HotUKDeals merchants. So let's find out more about the latest Tolkien RPG, and find out if it's the title for you. 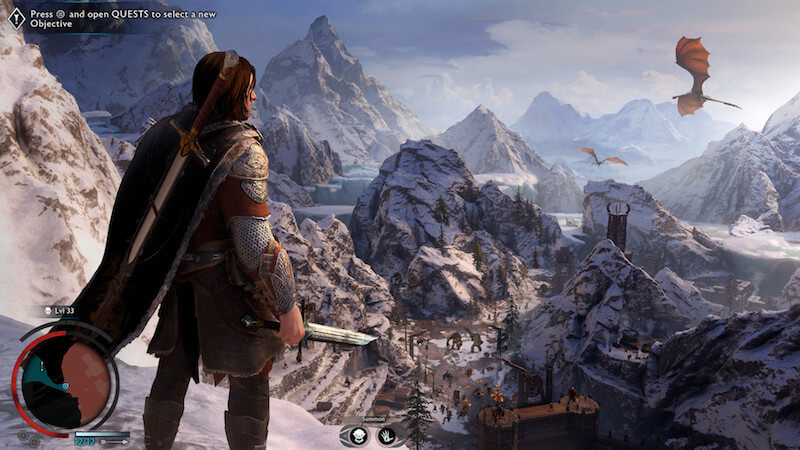 When Middle Earth: Shadow of Mordor arrived in 2014, it was far from the first game to be based upon Tolkien's Lord of the Rings. As far back as 1982, developers had recognised the huge appetite for adventures based on Bilbo Baggins and the elves and orcs of Middle Earth, and since then there has been a steady trickle of games based around the series.

Some of these games were classics in their own right, such as the Return of the King (2003) and the Lego Lord of the Rings edition (2013), but the franchise took a big step forward when SOM was published.

Developed by Monolith (who were behind classics like Blood, the Operative: No One Lives Forever, and F.E.A.R.), SOM introduced a massive open-world environment which created a convincing version of Middle Earth, something which previous games had struggled to achieve.

Set between the storylines of the Hobbit and Lord of the Rings, SOM introduced a ranger called Talion (controlled by the player) and an elf named Lord Celebrimbor (who inhabits Talion's body) as they sought to avenge the deaths of family members at the hands of Mordor's evil inhabitants. With strong combat and AI features, SOM was a huge success and was crowned "Game of the Year" at 2015's Game Developers Choice awards. So Monolith had a lot to live up to when they released SOW.

Quick Introduction to the Plot in Middle Earth: Shadow of War

In SOW, you'll take control of Talion and Lord Celebrimbor once again. This time around, the pair have to travel to Mount Doom, where they will forge a new ring to combat the power of Lord Sauron. However, things don't go according to plan and the ring is handed over to a scheming character called Shelob, who sends Talion to fight Sauron as he besieges the city of Minas Ithil.

After that, Talion and Celebrimbor are embroiled in the siege, but escape to return to Shelob, who eventually hands them the ring of power, imploring Talion to use it to save Middle Earth from Sauron. The rest of the game sees Talion doing exactly that, mobilising an army of compliant orcs to resist Sauron, falling out with Celebrimbor, meeting other characters who are fighting against Sauron and agonising over whether they have the power to defeat him.

That's not the whole story, of course. There are plenty of surprises in store as you join the battle against Sauron. But it gives a flavour for what SOW is all about.

The new Lord of the Rings game is much like SOM, so if you fell in love with the earlier instalment, you'll feel right at home. If you haven't played SOM, expect a standard role playing game setup, with melee combat, open world exploration, main quests and side quests – the usual fare for modern RPGs.

While you can follow the main quests without any distractions, the side quests can be a useful way to build up Talion's experience points (and hence his abilities), as well as his "followers", which can be handy when he needs to gather together fighters behind his cause.

For instance, if you "dominate" a nemesis they can become a loyal follower, providing services such as spying on enemy troops or simple fighting duties. But if you treat them badly, they can flip back to Sauron's side, so there's a social or political side to the game as well – something that's not usually found in RPGs.

Players can improve both their own character and their followers via loot chests and an in-game marketplace, which allows real world microtransactions, so with a little cash you can get a flying start over other players.

What Did the Gaming Press Think of Middle Earth: Shadow of War?

While the first Monolith Lord of the Rings release was lauded as an instant classic, the reception of Shadow of War has been positive, if not quite as enthusiastic. Still, the game has received many rave reviews and has attracted a fanatical online following.

Metacritic gives a give overall picture of how the new title has been received. On the PS4, it has a healthy critical average of 80, compared with 77 on the PC and 81 on the Xbox One. So with a few exceptions, the reviews have been pretty good.

For instance, IGN called it "so much more than just another open-world action game" and applauded the Nemesis system in particular for adding depth to the gameplay. They also praised the variety of enemies and the care that has gone into giving them individual characters, as well as the "fortress" combat feature, where Talion raises armies to conquer enemy bastions.

Gamespot, on the other hand, weren't crazy about the game, giving it just 7 out of 10. While they noted that SOW was larger than SOM and that much of the gameplay was genuinely exciting, they weren't engaged by the storyline and became a little tired of the relentless orc-killing gameplay required to level up Talion and his followers.

And Trusted Reviews were somewhere in between. Awarding SOW 8 out of 10, their reviewer really, really loved the melee combat system and the fortress battles, and they were very positive about the Nemesis system as well. But again, they weren't persuaded by the storyline or the microtransactions system.

You can get a feel for this ambivalent reception in the Metacritic comments from ordinary gamers (who are usually quite critical on Metacritic, even for classic titles). Some found it repetitive, while others were very negative about the microtransactions feature. But most seem to have enjoyed diving into Middle Earth once again, despite a few niggles here and there.

The Different Versions of Middle Earth: Shadow of War

If you want to take on the role of Talion and ensure that Middle Earth is protected from Sauron's hordes, you'll find plenty of buying options (as long as you own a PS4, Xbox One or relatively up to date PC). Here are the various packages on offer:

The size of SOW, the complexity of the Nemesis system and the sophistication of the graphics mean that the title places quite a few demands on Windows PCs. Here are the recommended minimum specifications: 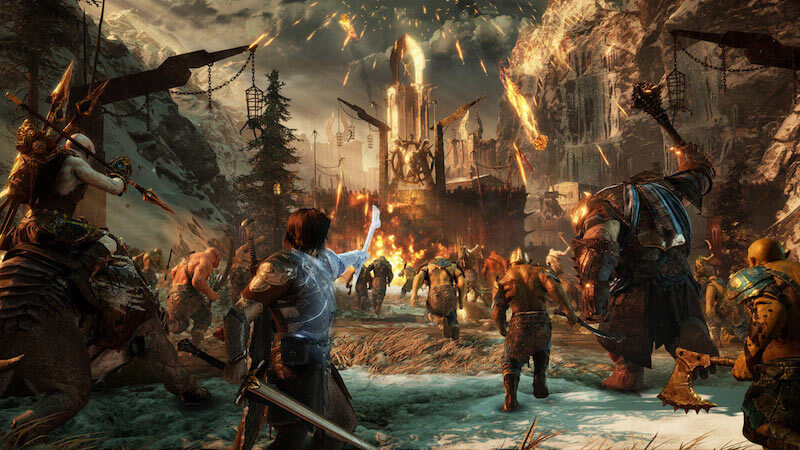 Has Any DLC Been Released for Middle Earth: Shadow of War?

Since SOW was released, Warner have been hard at work crafting extra characters, fortresses, abilities and missions for players to enjoy, and plenty of extra content is set to be released:

Many of these expansion packs are being bundled in with the various editions of SOW, but that's not the only way to get hold of them. All of them are also available via the various download platforms (such as Steam) which host SOW. Sometimes it can work out cheaper to buy the bundles, depending on whether merchants are discounting SOW or not. At other times, keys for the DLC can be purchased very cheaply and it might make sense to go for the Standard Edition.

Either way, always be sure to compare prices via HotUKDeals, especially when new DLC expansions are released. You'll almost certainly be able to avoid paying the full prices quoted for any SOW-related products.

Does Middle Earth: Shadow of War Have a Multiplayer Option?

Yes, one of the key additions to the new Lord of the Rings instalment is an exciting multiplayer mode. In SOW, the multiplayer mode is based around the game's fortress attacks, with one human player attacking and the other defending.

In a system called "social conquest", players have two choices when attacking another person's fortress. They can either choose "friendly" mode, where the rewards are minimal but they won't lose any followers. Or they can choose "ranked" mode which brings big points rewards but can lead to disaster if the attackers are defeated and their followers start to melt away.

What About the Mobile Versions of Shadow of War?

As we noted briefly earlier, Warner have also released a free mobile version of SOW for Android and iOS smartphones. Obviously, this isn't a direct port of the main title, as smartphones can't measure up in the processing stakes. But it is a fully-realised RPG in its own right, with 2D top-down questing, a variant of the Nemesis system, plenty of characters to battle and enlist, and hours of Sauron-fighting action. You can download it for iOS devices in the App Store and for Android devices in the Google Play Store. 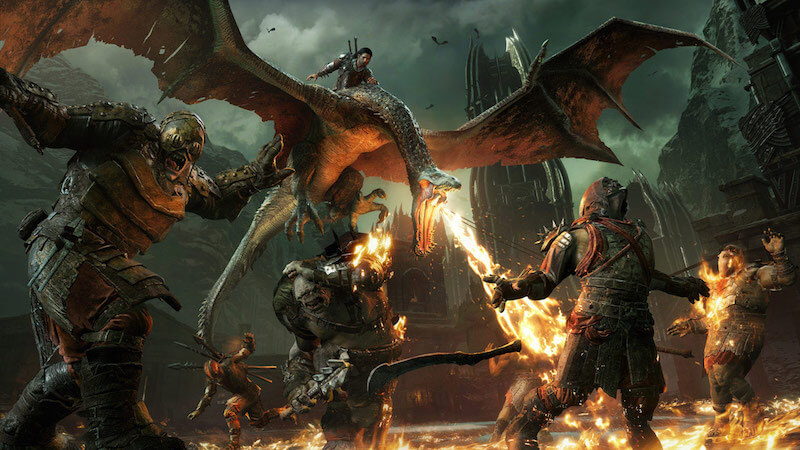 How to Purchase Middle Earth: Shadow of War at a Good Price

Middle Earth is under attack (again) and you could be the last line of defence for good against evil. Even so, battling the forces of darkness doesn't have to be an expensive hobby. With HotUKDeals, Tolkien and general RPG fans can easily get hold of a copy of Shadow of War for much less than the listed price.

The first thing to do is to decide which version you'd like to buy (PS4, Xbox One, or PC). If you have a console and a PC, the versions are fairly similar but the prices can vary, so factor that into your searches.

Remember that there are plenty of add-ons, too. Buying DLC packs on their own can work out cheaper if you shop smart, something that HotUKDeals make as easy as possible.

We've gathered together the hottest discounts from all of the UK's major gaming merchants, so every deal for the various SOW editions and expansions should be covered. From GAME and Smyths to Asda, Tesco, CDKeys, Microsoft, Amazon and ao.com to the PlayStation Network or Steam, every seller in town should be part of our listings.

If you haven't upgraded to an Xbox One or PS4 yet, also bear in mind that some console bundles come with Shadow of War, and buying the two together can save money.

In any case, try to time your purchase intelligently as well. If you can hold out until Prime Day or Black Friday in November, you're sure to find even bigger reductions than usual. And if you haven't tried the game's predecessor, you'll also find great deals on Shadow of Mordor.

Whatever you decide, saving Middle Earth can't wait. So strap on your armour and get ready to do battle with Sauron in one of the finest RPGs ever made.