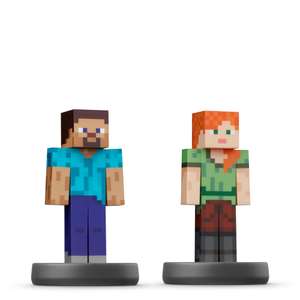 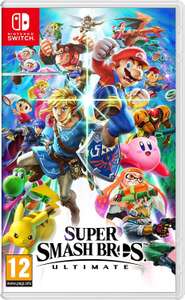 745° Expired
Posted 14th JulPosted 14th JulLocalLocal
Super Smash Bros Ultimate (Nintendo Switch) £24 at Asda Pwllheli£24Asda Deals
Found this at my local Asda in Pwllheli. Only 3 left at the time of this posting. 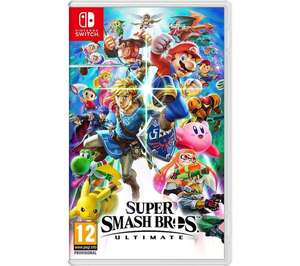 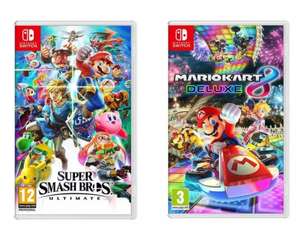 87° Expired
Posted 8th JunPosted 8th Jun
Mario Kart 8 Deluxe and Super Smash Bros Ultimate - Nintendo Switch - £74.99 delivered (With Code) @ Currys£74.99Currys Deals
Get deal*Get deal*
I know this isn't exactly a bargain but still one of best prices around for these games delivered. Works out at £37.50 each and Smash Bros is around £40-£45 standard everywhere else. Rememb… 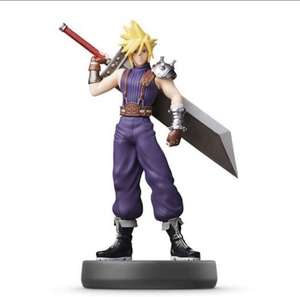 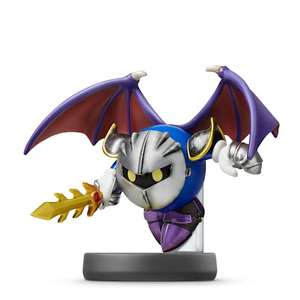 Super Smash Bros is a cult gaming franchise from Japanese giant Nintendo, which has been entertaining fans since 1999. The core of the game is simple: bring classic icons from Nintendo and other companies, and pit them against each other in action-packed, quirky, and often hilarious battles.

With a new Super Smash Bros title hitting the shelves in December 2018, now is a great time to get to know the franchise. So we've put together a buyer's guide for Super Smash Bros products. Whether you're a seasoned fighter or new to the series, we can help you pick the perfect purchase at the lowest prices. But first, let's find out where the Smash Bros saga began. 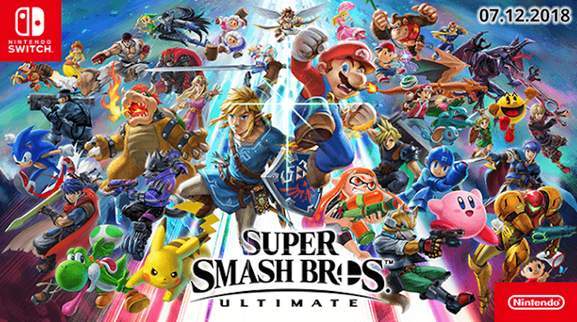 A History of the Super Smash Bros. Game on N64, GameCube, Wii, and Switch

The first Super Smash Bros title arrived in 1999 for the Nintendo 64 console, and quickly became a cult hit. At first, Nintendo had no idea how popular the title would be. The idea of creating a fun beat 'em up featuring famous icons from different franchises hadn't been tried before. But it proved a massive success in Japan and found an international audience as well.

The first title introduced elements that haven't changed much over the year. The core of the action involves fights between gaming avatars. Instead of inflicting bloody violence, the aim is to push opponents off the map, using moves that are related to each gaming icon.

The original title also included a mixture of Story mode, featuring a series of pre-set battles and travels around a map, with all-out fighting and multiplayer fun. So it's easy to see why it was so successful.

The original was then followed by Super Smash Bros Melee, which came out for the GameCube in 2001. If anything more warmly received than the first title, the sequel became the console's biggest seller, offering double the 13 gaming personalities included with the original.

New features included the now familiar “race to the finish” mode, where players need to defeat every character to win. And a tournament mode was added to the mix as well, adding even more variety.

After that, the next instalment was Super Smash Bros Brawl, released for the Nintendo Wii in 2008. This time around, Nintendo's own creations were joined by arrivals from other companies, such as Sega. And the range of playable fighters grew again, to 37.

Another important innovation was the use of Nintendo Wi-Fi to allow multiplayer matches, adding a whole new dimension to Smash Bros and helping to foster a thriving competitive fighting scene. Adventure mode was also expanded, featuring the “Subspace Emissary” storyline, which sees an alien race doing battle with Mario and friends.

In 2014, a third Smash Bros title arrived in the form of Smash Bros for 3DS and Wii U. Now boasting 58 playable fighters, this version brought Smash Bros action to a handheld system for the very first time.

After that, there was talk about the franchise ending, with its creator expressing his own disillusionment with modern gaming. However, in mid to late 2018, it became clear that these problems had cleared. In October, Nintendo Direct presentation, the company announced that a new instalment was about to be released and gaming fans got ready for a new round of carnage.

Super Smash Bros. Ultimate, was released on December 7, 2018 for the Nintendo Switch. Initially, there was talk of releasing the title for the 3DS, but a handheld version doesn't seem to have materialised.

Much of the classic Super Smash Bros mechanics are here, with plenty of battle modes, gaming icons, and two-player action. But this time around, the variety of playable fighters has been increased significantly. The intention of designer Masahiro Sakurai was to bring together every character featured in previous editions. And that's exactly what the latest Smash Bros title delivers. 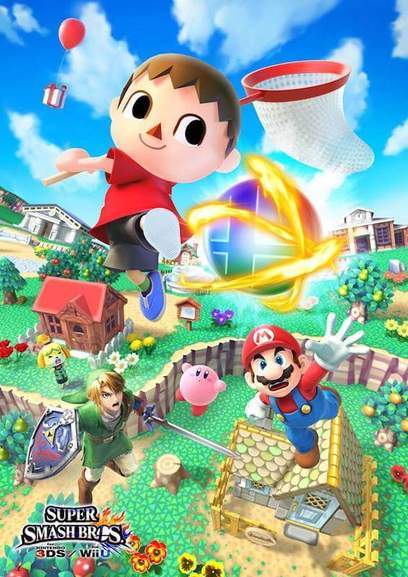 There are a couple of modes in Super Smash Bros, and both have their unique appeal:

What Characters Can You Play in Super Smash Bros. Ultimate?

The whole appeal of Super Smash Bros is based around the inclusion of some of gaming's greatest icons, albeit in a fighting scenario that you might not associate them with. In the most recent episode, there should be a favourite character for everyone, and all of them have their unique abilities.

There are 74 fighters, so we can't list them all. But here are the 8 who are unlocked at the start:

That leaves 66 others, including Sonic, Peach, Bowser, Ryu (from Street Fighter), Wario, Princess Daisy, Luigi, Mega Man, Ganondorf, Pac-Man, Mewtwo, and Dr Mario. Initially, you'll find that fighters become unlocked the more you play. And you can also unlock one character every time you complete the Classic Mode. 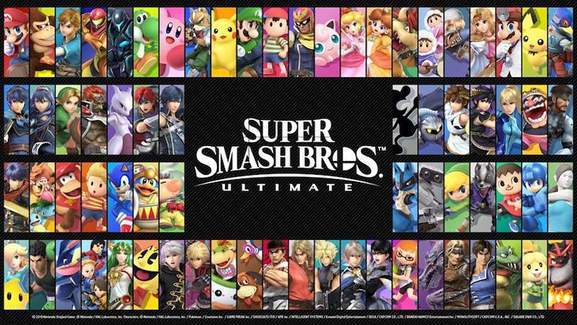 How Do Amiibo's Link With Super Smash Bros. Ultimate on Switch?

As with many major Nintendo titles Amiibos are part of the Super Smash Bros experience. These figurines are designed to be placed on smart pads, triggering responses in Nintendo titles. They are totally optional, and don't affect the core mechanics, but they can definitely enhance the fun for experienced Smash Bros fans.

Any figurines corresponding to fighters in Smash Bros can be used, so if you already own them, be sure to give them a try. When you do, you'll unlock a CPU controlled version of that character. But this isn't a usual Smash Bros fighter. Instead, you can train this character and add weapons they wouldn't normally possess. So it's like a mixture of a pet-training and beat 'em up challenge.

Almost all Smash Bros titles have been a hit with the critics, and the latest version is no exception, attracting almost universal acclaim from the gaming press.

Gamespot is representative of the way journalists have felt, reporting that “Everyone, and basically everything...is here...nearly all existing stages, along with the flexibility to play and enjoy those things in different ways.” For their reviewer, the new instalment represented “a comprehensive, considered, and charming package that builds on an already strong and enduring fighting system.”

Trusted reviews were also very positive, giving Smash Bros 8/10 and calling it “the latest good reason to buy a Nintendo Switch.” But while they called it the “definitive” Smash Bros title, they did have some criticisms, noting that the online multiplayer system suffered from connection problems. But these can be ironed out in time, so they shouldn't be a long-term issue.

You can always get a feel for the overall reception of a title from its Metacritic pages, and with a 92% press rating, and an 8.6 user rating, Smash Bros hits it out of the park. So you can be confident that you're buying a high-quality gaming package. Nintendo have worked hard to make sure that their latest console has a solid Smash Bros edition, and that seems to be what they have achieved.

The latest Super Smash Bros title is only available for Nintendo's most recent console, and comes in a range of editions:

You can also choose to buy console bundles with the latest Smash Bros included. So if you haven't upgraded, and want a title you know you'll love, they could be the perfect place to look. 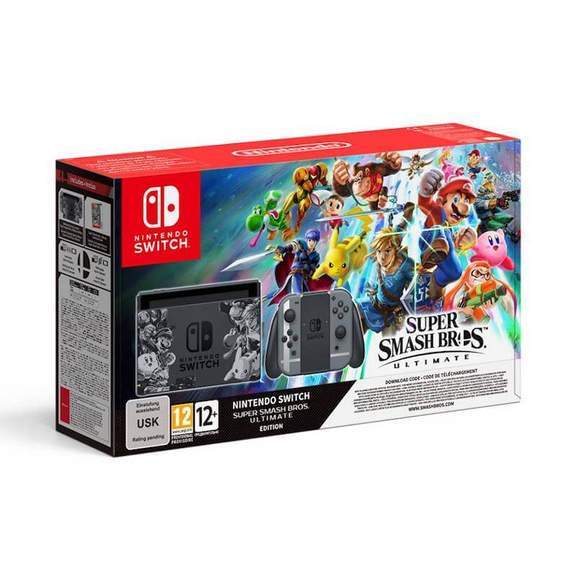 Can You Still Play Older Titles in the Super Smash Bros. Series?

Absolutely. The handheld/Wii U version is still on sale at many hotukdeals merchants, and has its own dedicated Nintendo website, as well as a thriving multiplayer scene.

If you'd like to play older titles, you'll have to purchase the systems they were developed for (Wii U, GameCube, or N64). Sadly, Nintendo haven't added any Smash Bros titles to their Virtual Console for Wii U, so original hardware is the only way to go.

As you'd expect from Nintendo, the release of a new Super Smash Bros title has been accompanied by plenty of new possibilities to snap up merchandise. Here are some products that fans won't want to miss.

How and When to Purchase Super Smash Bros. Ultimate

Super Smash Bros is a totally unique series in the video gaming world. Mixing up cartoon cuteness, hectic multiplayer fighting, and classic beat 'em up action, the franchise appeals almost across the gaming spectrum. The action appeals to kids of all ages, from teens to grown-ups with a love for retro fun. But how can you buy Smash Bros for the lowest possible price?

Firstly, remember that older titles in the series are often available very cheaply from leading electronics merchants. So if you fancy picking up Smash Bros Brawl, it might be a good idea before progressing to the latest title.

If you do want to buy the newest version, simply head to the hotukdeals Smash Bros listings. Our listings feature discounts from leading UK gaming merchants, including CDKeys, Amazon, Tesco, Very, Smyths, and Argos. We tend to catch every deal as it emerges, so bookmark our pages to avoid missing out. That includes console bundles, by the way.

Whether you intend to buy Smash Bros itself or a console and controller combination, timing your purchase can result in big savings. Black Friday in November and the New Year sales are always good times to pick up gaming bargains. But you can never tell. Sometimes great deals just appear out of nowhere. And at hotukdeals, we'll host them all.

Nothing is quite like Super Smash Bros. For 20 years, this Nintendo franchise has given players the chance to take control of Mario, Link, Sonic, or Yoshi, to show off their fighting skills. With online and offline multiplayer, story modes, and the chance to train your own avatars, the latest Smash Bros title is more satisfying than ever. Pick it up for a bargain price at the Super Smash Bros hotukdeals listings.