Discussions
FilterFilter
5 replies
Updated 25th Nov 2019Last updated 25th Nov 2019 by Ringfinger
Anyone play or know about Skylanders?
Looking to buy the Skylanders superchargers starter pack (x box 1) for my grandson - but not sure if it is an add - on or a stand alone game? Anyone help please? Thanks

Skylanders: This Game is Bringing Toys to Life

Skylanders is what's known as a “toys-to-life” game. Basically, this means that players need a physical set of figurines and a portal upon which the figures are placed, before they can access the on-screen worlds. This adds another dimension to how kids (in particular) enjoy the game, but also pushes the price of Skylanders titles up compared to ordinary games. Because of this, finding the best Skylanders deals is vital, and this buyer's guide will explain how to do so.

The roots of Skylanders go back two decades to 1998, when the first Spyro the Dragon game was released for the PlayStation. An instant classic, Spyro was joined by a couple of sequels, completing one of 1990s gaming's greatest trilogies.

After that, there was a short break, but Spyro returned in 2006 with the release of the Legend of Spyro: A New Beginning. With new characters like Cynder to control and more advanced quests, the game rebooted the franchise for a new generation and started another superb trilogy.

The modern Skylanders saga began in 2011 with the release of Spyro's Adventure. A ground-breaking 3D action/adventure title, it was the world's biggest selling console game in 2012, kickstarting a craze for Skylanders games and toys that still hasn't abated.

The first game was released for PS3, Wii, Wii U and 3DS, but subsequent games have moved onto more advanced systems (while still including versions for older machines). Since 2011, Spyro's Adventure has been joined by a succession of successful follow-ups: Giants, Swap Force, Trap Team, SuperChargers and Imaginators, with the most recent appearing in 2016.

At the same time, Activision have launched a mobile only series of titles which also takes place in the Skylanders universe, with titles including: Cloud Patrol, Battlegrounds, Lost Islands, Collection Vault, SuperChargers Racing and BattleCast – so there's no shortage of choice for fans to enjoy.

The core of Skylanders is the interaction of physical toys and on-screen action. Here's how it all works. When you buy a Skylanders product, you'll receive the game disc, a couple of figurines representing characters from the series, and something called a “portal”. The figures need to be placed on this portal, transporting them into the game and allowing you to control them. When you're done, all you need to do is remove the character from the portal and the game will save your progress, a neat, user-friendly feature.

But what actually happens when you enter the game? Well, you'll enter a world known as the Skylands, which is home to Spyro and his band of Skylanders. The Skylands are constantly under attack from dark forces who want to banish the light, They also have to work with the “Portal Masters” who run doorways into other worlds and, to top it off, each Skylander is associated with a separate element, including fire, water, earth, tech, air, magic, the undead, light, dark or life.

Basically, the gameplay involves completing quests and vanquishing enemies, although there are plenty of differences between Skylanders titles, so let's have a quick look at them in turn.45

The Various Titles in the Skylanders Series

Since 2011, there have been six core Skylanders titles:

What About Skylanders Mobile Spin-Offs?

Alongside these core games, Skylanders has also appeared in a number of other versions that fans will want to get hold of.

Ways to Buy the Most Recent Versions of Skylanders

If you want to buy Skylanders: Imaginators or Trap Team, what is the best way to go about doing so?

If you haven't got one already, you're going to need to purchase a Starter Pack. This provides you with the Portal of Power, a set of figurines and the game itself. For Imaginators, expect to spend from £40 to £60 – and be sure to hunt through the HotUKDeals listings for reductions.

If you already have a portal, you could go for the Portal Owners Pack. This includes the game and little else. It allows you to play on new titles with older characters and costs significantly less than buying a completely new portal pack. However, there's a trade off. Imaginators requires a new portal to accommodate newer characters, and these won't be available if you buy the Portal Owners Pack.

The Standard Edition will be ideal for most players, although the Dark Edition adds extra flexibility and features thanks to the inclusion of an extra character and two extra crystals. 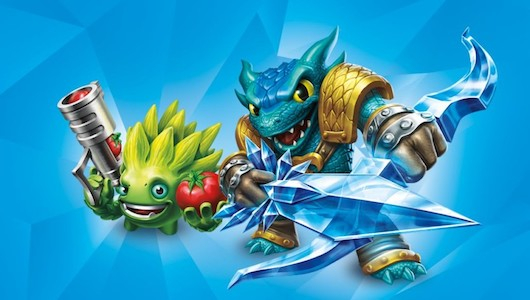 Should I Buy Figures Separately?

What about buying figurines separately? Every time a new Skylanders title is released, Activision make sure that a few core characters or vehicles are included in the Starter Pack, but that plenty of others have to be purchased separately. At around £15 for packs like the Champions Combo pack, you can end up spending quite a lot to top up your collection.

Importantly, you don't need extra characters to enjoy the game. Sure, they're nice for completists and passionate fans, but Imaginators is still great fun if you stick to the character creator tool.

If you are totally new to the Skylanders franchise, it might also be a good idea to look back to earlier titles first. Not only will you get a good idea of the storyline and some of the major characters, you can also pick up complete Trap Team character sets for very little from eBay or Amazon sellers. It's much cheaper than buying the latest title and all of its add-ons.

What's the Deal with Creation Crystals?

It's not all about starter packs and figurines either. Activision also offer what are called Creation Crystals for players to use. These look a little like egg timers and plug into the Portal of Power. Only available for use with the Imaginators title, Creation Crystals allow you to enhance the abilities of certain characters and to save your characters so that they can be played any time, any place (as long as a suitable console is around).

Something to remember about Creation Crystals is that they are intended to be permanent. When you've installed a character on them, you aren't supposed to be able to remove them and start again. So, while they add handy features and allow you to take your Imaginators on the road, they aren't necessarily great value for money. By all means get hold of a few, but don't go overboard.

Skylanders is now on screen! Two seasons of Skylander Academy produced by Activision Blizzard Studio are now available to stream on Netflix. This action comedy follows the adventures of Skylanders characters Spyro, Eruptor, Stealth Elf, Jet-Vac, and Pop Fizz as they protect the Skylanders universe from villains and keep peace in their homeland. Season one unfolds around the Skylanders Academy as Master Eon recruits new warriors and train them to protect Skylands from Kaos and Doom Raiders. Season two continues with the characters' quests for their identities and pasts while the re-rise of Kaos makes them reunite against the evil power once again. If you are already a fan of the Skylanders video game, this animated series will get you hooked instantly. 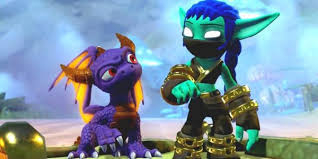 Tips on Making a Skylanders Purchase at the Best Price

Buying Skylanders products can become an expensive exercise. With various games available, along with cards, characters and crystals, it's easy to find yourself spending more than you bargained for. So before you start shopping, work out a budget and decide which products to prioritise. It may be that you'll have to leave a few characters (or even the whole Imaginators title) for another day.

The best way to do so is to visit the Skylanders website, where you'll find full details about all of the products on offer. You should also be able to find details about where to buy the game in your area, which may well come in handy.

At the HotUKDeals listing you'll find the latest Skylanders instalment available at huge discounts from retailers like Smyths, Tesco, Argos and Currys – as well as plenty of lesser known online sellers. Shop around. You may find bundle deals featuring characters and the Starter Pack.

If you are intending to give Battlecast a try, hurry as the game is scheduled to end in September 2017. As the date arrives, expect battle cards to plummet in price, making it cheaper than ever to lock your Skylanders characters in combat.

In general, pick a good time to shop as well. Skylanders Starter Packs (and games consoles to play them on) are almost always heavily discounted on Black Friday in November. If you can, delay your purchase until then and you're sure to get a better deal.

Enter the Skylanders Universe for Less With HotUKDeals

With a huge cast of characters and an endless series of quests and puzzles to complete, Skylanders is one of the most enjoyable gaming experiences out there. Whether you want to start from the beginning with Spyro's Adventure or go all-in with an Imaginators purchase, you'll find every Skylanders product available for less at HotUKDeals.