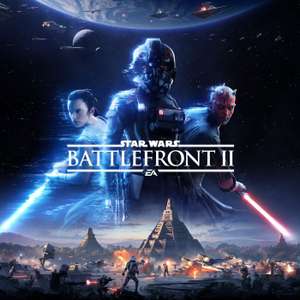 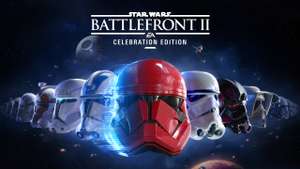 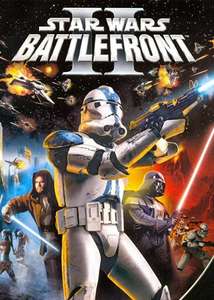 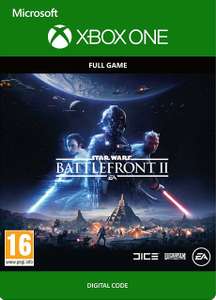 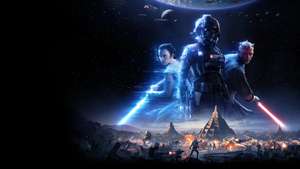 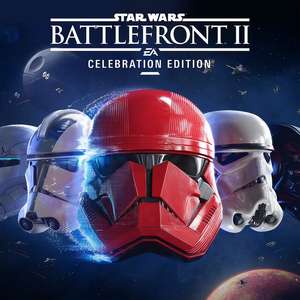 Star Wars has definitely experienced a resurgence in the past few years. Since the release of Episode VII – The Force Awakens in 2015, the franchise has been catapulted back into the global consciousness, and a new generation of fans are growing up with the dream of joining the Jedi order.

The resurgence has spilled over into the gaming world too, with the release of Star Wars: Battlefront in 2015, and Star Wars: Battlefront 2 in late 2017. Available for Microsoft Windows, the PS4 and Xbox One, the latest Star Wars game takes place in a galaxy, far, far away – but with action so realistic that gamers will feel every light sabre clash and blaster shot.

Let's find out more about one of the year's most talked about titles, and find out whether this is the Star Wars game you've been waiting for. 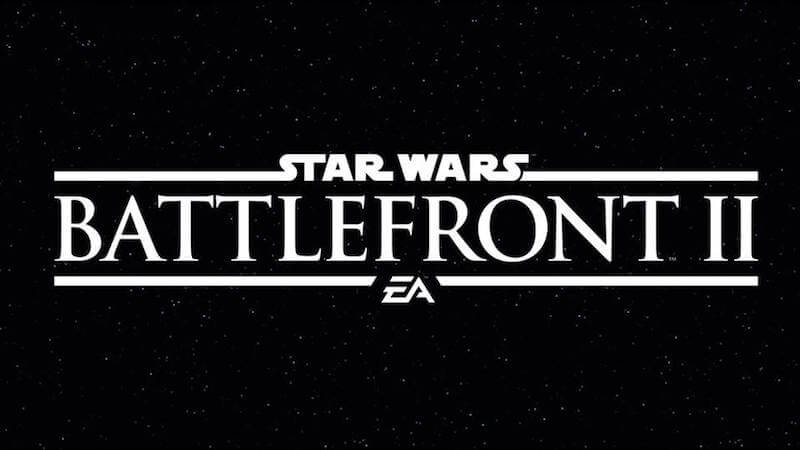 The Roots of Star Wars: Battlefront 2

Firstly though, it might help to mention a few of the previous Battlefront titles to put things into perspective.

The series started off back in 2004, when Star Wars: Battlefront was released by LucasArts (owned by Star Wars creator George Lucas). Available for Windows, the original Xbox and the PlayStation 2, the first Battlefront game built on earlier titles like Jedi Knight, putting players through a series of missions loosely based around the first three Star Wars movies.

Battlefront was followed by a popular sequel, which hit the shelves in 2005, adding more in-depth storylines, characters and content modelled around the Revenge of the Sith, which came out around that time. It added multiplayer functionality, and gave players the chance to experience life from an Imperial perspective, as they sought to mould the Imperial 501st Legion into a crack combat unit.

Then there was a 9 year gap, where LucasArts handed over publishing duties to Electronic Arts (EA) and DICE came in as developers. In 2015, they unveiled a new Star Wars: Battlefront (confusingly named the same as the first title, not Battlefront 3), and it was a massive hit. Fans particularly fell for the vast number of multiplayer modes and team gameplay, giving them the chance to become Jedis, bounty hunters or whatever Star Wars hero they preferred. And the action was made even more satisfying by various DLC add-ons, featuring action from the newer Star Wars moves – the Force Awakens and the Last Jedi.

And that's where we are now. Star Wars Battlefront 2 had a release date of November 17, 2017, and was initially released for Windows, PlayStation 4 and the latest Xbox models. But how does it build on its popular predecessor?

A Run Through the Campaign Mode Gameplay in Battlefront 2

The action in Battlefront 2 can basically be divided into two modes: Campaign and Multiplayer. Campaign involves a series of single player missions, which take place around about the time of Star Wars Episode 6: The Return of the Jedi.

But players don't take control of Han or Leia, or cuddly ewoks. Instead, the storyline begins as Imperial forces lick their wounds. The main playable character is an Imperial soldier named Iden Versio, who is the leader of a special forces team known as the Inferno Squad. Their job is to help to stem the rebel tide and restore the power of the Empire.

At first, Iden and her ally Del Meeko are loyal troopers, but as the story progresses, things become more complex, with Iden and Del questioning their roles and the goals of the Empire. It all makes for plenty of intrigue, with betrayals and deceptions around every corner.

Happily for Star Wars fanatics, the heroes also encounter familiar faces like Luke Skywalker, Princess Leia, and Lando Calrissian and Kylo Ren. And don't assume that any changes in loyalty are permanent. As the 30 year narrative unfolds, allegiances shift constantly, and the galaxy becomes ever less stable.

Throughout the story, players control a single character in first person mode, encountering allies and enemies as they go. It's a linear experience, with little open world exploration, but a satisfying slice of Star Wars fun for anyone with an interest in the franchise.

A Quick Guide to the Multiplayer Modes in Battlefront 2

Before we mention anything else, it's a good idea to run through the various modes. Most of them will be familiar to players of the first Battlefront title, but there are plenty of new features:

You'll notice that credits are part of the multiplayer game, and this is an important point. As you'll see below, there have been some controversies about how the credits work in Battlefront 2, primarily around the role of Loot Crates, which are the main item credits that can be used to purchase things.

For the meantime, it's worth knowing that EA have responded to concerns about the original credits system and made multiplayer games more rewarding for players (compared to using real-world money to buy loot crates).

What Have the Critics and Gaming Community Felt About Battlefront 2?

Reception to Star Wars: Battlefront 2 could best be described as “mixed” – and loot crates played a big role in the game's lukewarm reception. The internationally accepted platform Gamespot sum this ambivalence up well in their review, stating that the game conjures up “the feeling of being in the universe of the legendary film series” and praising the storyline in Campaign Mode and the action in Galactic Assault.

However, Gamespot noted the biggest problem with the latest Battlefront character progression. While characters can be developed and customised via accumulating Star Cards, the reviewer criticised how every new feature was tied to random “dice rolls”. So, the content of a loot crate could be anything – including cards for characters that players haven't yet unlocked. Basically, it was a messy system, which rewarded people who could spend real cash on loot crates, and forced others to grind out points to upgrade their characters.

Overall, reviewers settled into around 7/10 for their scores, which reflected general approval of the game's technical quality and atmosphere, but unhappiness about the loot crates system. As we'll see in a bit, this issue has largely been resolved, but it caused a huge amount of criticism from players and gaming experts alike. 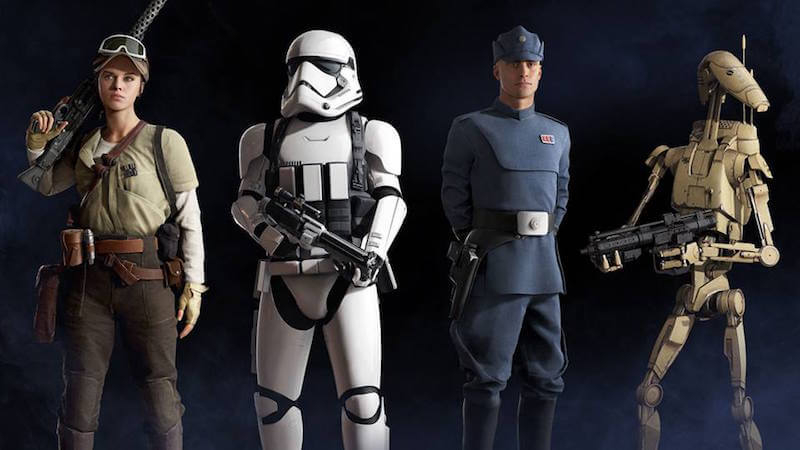 How Have EA Responded to the Microtransactions Controversy in Star Wars: Battlefront 2?

When Battlefront 2 first arrived, EA attracted instant criticism for forcing players to spend hefty amounts of real cash on crystals to buy loot crates and star cards. The Belgian government even considered launching a prosecution against EA for running an “illegal casino”, and plenty of people noted that young children shouldn't be exposed to what amounted to gambling.

EA didn't help themselves by making a poor initial response to user criticisms. In fact, their first attempt to mollify customers became the most downvoted comment in Reddit history. But thankfully they did change tack quickly, suspending microtransactions from the game's servers.

In March 2018, EA returned to players having made some tweaks to the Battlefront 2 system. Now, multiplayer achievements in the game would be more generously rewarded, including Arcade Mode, which many people suggested was too poorly rewarded. And the “crafting” system was altered, making it easier to accumulate cards which related to gamers' favoured characters.

Importantly, EA also chose to unlock every single hero in one go, meaning that new players wouldn't have to grind endlessly to play as Boba Fett.

Also, as of April 2018, players crystals were reintroduced, but only as a currency for cosmetic items – not weapons or other “performance” items. And there was no chance to buy loot crates at all, which now became solely a reward for gameplay achievements.

After the updates applied by EA, Star Wars: Battlefront 2 is a different game, with fairer character progression and less exploitative in-game currency. Whether you've just heard about the title or you've been holding out for these changes, there are a number of ways to purchase a copy:

That's more or less it. Star Wars: Battlefront 2 hasn't received a “Collector's Edition” (yet), so buyers have two editions to choose from. Some people may have an additional choice to make though – which system to buy for? So, are there any major variations in graphics, gameplay or features across the different platforms?

In terms of graphics, players can expect peak performance on a high-spec Windows system, although on the minimum specs, there might not be too much difference with consoles. Benchmarking by industry journalists has also suggested the Xbox version outperforms the PlayStation version in terms of speed and visuals as well, although few people own both consoles, so it's not likely to be a massive factor.

PC players benefit from having a mouse and keyboard at their disposal, which tends to help with first person shooters, but there may be another consideration: the size of the online community. Anecdotally, it looks like the PC community for the first Battlefront shrank quickly as players preferred more complex multiplayer shooters. The same could be happening with Battlefront 2, especially given the microtransactions issues.

So if you have a console and a computer, give it some thought.

Will There Be any DLC for Star Wars: Battlefront 2?

As with the previous title in the series, Battlefront 2 will be receiving plenty of extra content, and some has already arrived. The thing to remember here is that EA have chosen not to use season passes (as they did with the predecessor Battlefront). Now, the seasons keep coming, but the content is free for all players.

The first update was built around the Last Jedi, adding a completely new series of missions to the single player campaign mode, extra heroes for multiplayer gaming and a range of minor bug fixes. As it landed in December 2017 during the microtransactions affair, the Last Jedi content passed many people by, but it added plenty of new action for Battlefront fans.

The second piece of content for Battlefront 2 was entitled Resurrection, and also launched in December 2017. It extended the Iden Versio storyline, fleshing out her character and adding more depth to the single player campaign, and anyone who becomes absorbed in Versio's story will want to complete it.

In April 2018, another new piece of content arrived. Night on Endor brings the Ewoks back into the picture, allowing players to play either as a squad of Ewoks ambushing some Imperial troopers, or the Stormtroopers who are attacked.

Finally, it's worth noting that EA released a complete update for Battlefront 2 as an attempt to totally resolve the microtransactions problem. The game's 1.08 version became available in March 2018 with the changes we've already noted, as well as the addition of a Bespin map – so it wasn't all about fixing the loot crates snafu.

Anyway, it's clear that EA are committed to providing new maps, modes and characters on a regular basis, so when you purchase Battlefront 2, the game will develop in time. And with no cost for downloadable content, that's a pretty good deal.

Now that the bugs have been ironed out and the downloadable content is rolling off the press, it may well be time to purchase Star Wars: Battlefront 2. If you want to pick up a copy for consoles or computers, it makes sense to find the best deal around. After all, video games aren't cheap, even when you buy the Standard Edition.

At HotUkDeals you'll find deals from major UK merchants like GAME, Amazon, CDKeys, Tesco Direct and even a range of eBay merchants too.

Waiting for events like Amazon Prime Day or Black Friday is another way to zero in on the biggest discounts. But why wait? With plenty of huge gaming reductions on offer all the time, finding a Star Wars: Battlefront 2 bargain is simple at HotUKDeals.