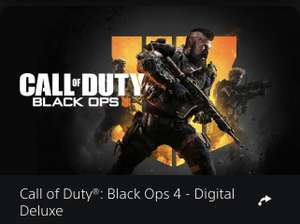 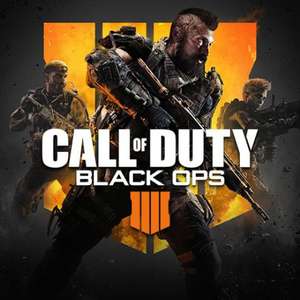 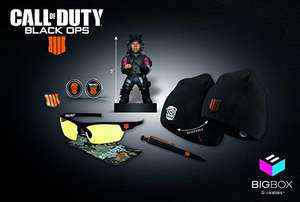 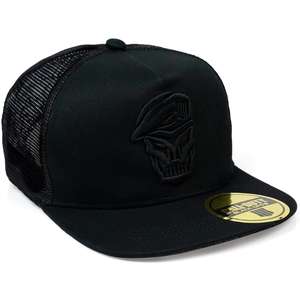 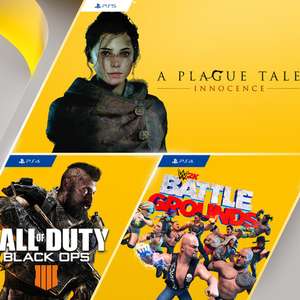 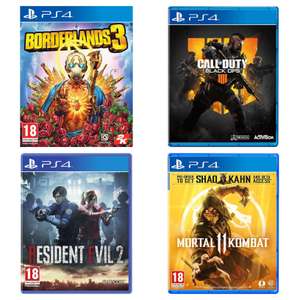 2018's instalment in one of gaming's greatest franchises, Call of Duty: Black Ops 4 is a slick first-person shooter, which mixes up intense realistic episodes and storylines with zany multiplayer action and modes that see players taking on wave after wave of the undead.

Developed by Treyarch and published by Activision, the title's release date was scheduled for October 12, 2018. It was initially released for PCs, PlayStation 4 and Xbox One consoles (there are no plans for a Nintendo Switch edition, unfortunately) and comes in a range of editions, with season passes available to purchase as well.

This buyer's guide will take COD fans into the action of the latest title, while offering plenty of recommendations about how to buy Black Ops 4 at the lowest possible price.

The Call of Duty Series

Call of Duty has come a long way since the first edition emerged in 2003. Developed by Infinity Ward for Activision, the first COD took players on an adrenaline-filled tour of the Russian, Pacific and European battlefields of World War Two. With its historical realism and involved action, first-person shooter fans had never seen anything like it.

Sequels followed in 2005 and 2006 (when Treyarch took the development reins for the very first time), before Call of Duty: WW2 arrived in 2017. 2017's title caused some controversy with its depictions of concentration camp atrocities, but critics agreed that no title had ever approached the horror of WW2 with such skill and understanding. What's more, COD: WW2 introduced a parallel challenge with a much less serious intent, allowing gamers to blow away zombie armies in a special mode, which went down well.

Alongside the core series, Activision have also released the Modern Warfare collection, which took the story far away from World War Two, introducing sci-fi and historical conflicts to the mix. And, more importantly for this buyer's guide, they also released World at War in 2008, the first title in the Black Ops saga.

Black Ops games have generally used settings from the Cold War or the War on Terror, putting players in the role of covert agents. This has made stealth and tactics an important element of Black Ops games, although pure first-person fighting is still at the heart of the action. Between 2008 and 2015, Treyarch created a trio of popular titles in the series, but the fourth promises to be the most spectacular, devious and satisfying yet. The most important innovation with Black Ops 4 is that Treyarch have completely restructured how players progress through the narrative. Instead of featuring a standard one player storyline with a succession of missions, Black Ops 4 features multiplayer missions themed around the various multiplayer characters, which we'll introduce in a moment.

So don't come into this title expecting hour upon hour of slogging through in-depth missions and character development. Black Ops 4 has chosen to expand the possibilities of multiplayer gaming instead.

What you can expect is a set of new zombie maps, a new health system making it impossible to auto-regenerate, more realistic weapon ballistics and a multiplayer mode, which is much more complex and tactical than any other COD title. This time around, you'll need to work with other players and the skills that their character possesses. Just like in real war, you live or die as a team, and everyone has a role to play.

In the main multiplayer mode, character classes (known as specialists) play a leading role. There are 10 major types of specialist to choose from, more than in most multiplayer fighters:

On the launch date, Black Ops 4 came with a total of 14 maps, with evocative names like Slums, Seaside, Jungle, Arsenal, Hacienda and Contraband. Expect a wide range of environments and multiplayer challenges. Most are new to the series, although there are a few reworked maps. And one is the largest ever seen in a Call of Duty title, featuring locations like fracking stations, dams, firing ranges and factories. Moreover, another map (Nuketown) is planned for release in November, offering even more for players to discover.

These maps can be played over a series of modes, making the action even more varied. Free for all, Search and Destroy, Kill Confirmed, Domination, Team Deathmatch and Hardpoint will be familiar to COD veterans, but Heist and Control are innovations. Dubbed a “party mode” by Treyarch, Heist sees players fighting over a huge stash of loot, in a variant of Capture the Flag. Control sees teams battling to dominate specific areas, which change over time as the match progresses.

Blackout is actually a separate mode in itself, and may well become the most popular of all. Resembling a Battle Royale mode popularised by titles like Player Unknown: Battlegrounds, Blackout involves as many as 100 players simultaneously. As in PUBG, players are parachuted into the map at the start, before the playable area shrinks as the action proceeds. You start with nothing and need to forage to survive, building up the right mix of weapons and accessories. Basically, if you're a PUBG fan, you'll hit the ground running here.

Then there are the Zombies. As with previous COD editions, the undead play a major role in Black Ops 4, thanks to the Chaos mode. This mode takes players into zombie-filled maps set on the Titanic, the island of Alcatraz, or even ancient Rome. As in COD: Black Ops 3, you take control of the Chaos Crew, a team of “heroes” doing battle against the hordes of undead enemies.

One thing to note is that Black Ops 4 does not have a Campaign Mode. That's the biggest departure from previous editions, and some single player fans might want to look elsewhere if it's a major problem. 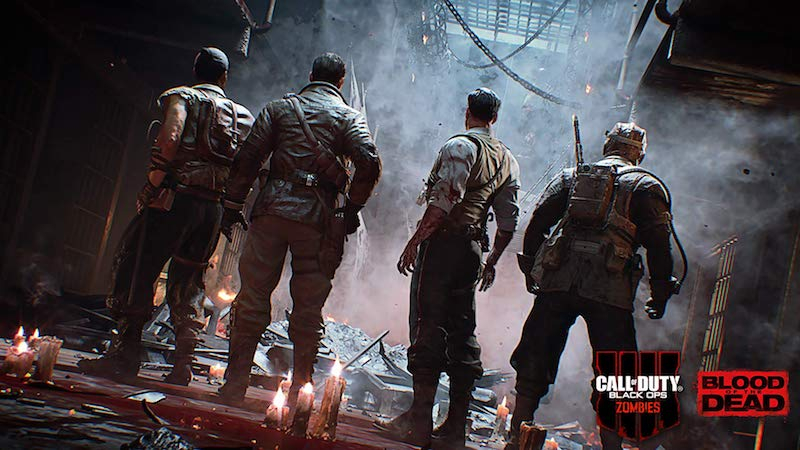 As usual, Call of Duty: Black Ops 4 has been released across the major gaming platforms: PS4, Xbox One and PC; and performance is fairly uniform across all of them. Treyarch have tried hard to ensure that this is the case, in order to make the multiplayer experience the same for every player, regardless of what system they possess.

In the past, some COD titles have been criticised as slightly less satisfying on the PC due to aiming issues with rifle scopes. But this time around, Black Ops 4 has been praised by leading gamers for ironing out these issues. In fact, it might be slightly easier to play with a mouse than via the Xbox or PlayStation gamepad.

But what about the critical reception? Almost every Call of Duty title has been well received by the gaming press, and it's safe to say that Black Ops 4 won't buck that trend, with a healthy Metacritic rating on every platform.

Almost every reviewer so far has praised the large-scale multiplayer mode and its frantic action, and the consensus is that Black Ops 4 beats Player Unknown Battlegrounds in the multiplayer stakes. And zombie mode also ratchets up the craziness levels, offering something truly unique for first-person shooter lovers.

However, most reviewers note that COD: Black Ops 4 feels like a totally different franchise to its predecessors. The absence of Campaign mode or any single player narrative means that it's solely multiplayer, and the focus on Battle Royale style fighting is a departure for COD. According to Gamespot, the good news is that the multiplayer modes all work well, with a good blend of strategy and pure action. And the sheer number of multiplayer modes adds up to enough content to justify the price tag, if you like that kind of gameplay.

If you want to get hold of Call of Duty: Black Ops 4, you'll encounter a range of editions across the various platforms. As ever, prices vary along with the content you'll receive, so choose wisely. Here are the main options:

As you'll probably have gathered, the Season Pass is a major component of most Black Ops 4 packages, and almost everyone who gets into the action will want to pick one up at some stage. It opens the door to four extra zombie-themed experiences, 12 new multiplayer maps and extra characters. However, future DLC isn't included (see below).

Remember that passes can be purchased with the title or separately. Sometimes, buying passes alone can be a cost-effective idea, especially if you get a great price for Black Ops 4. But bundles tend to be good value, particularly when passes can cost as much as £40. 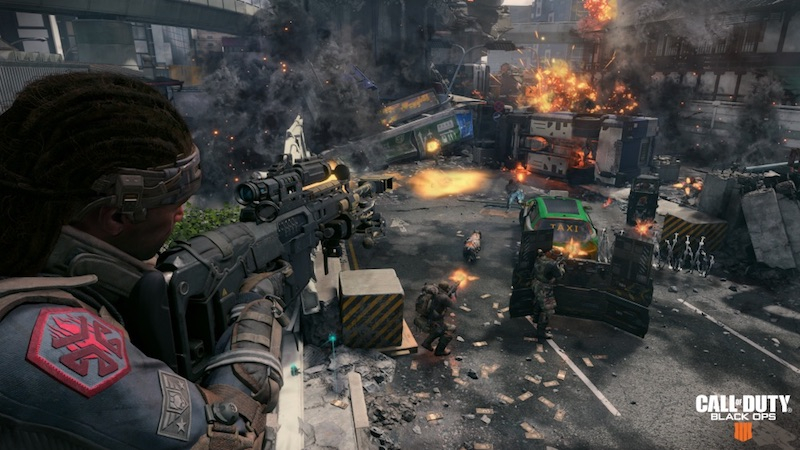 Minimum and Recommended Specs for Windows

COD: Black Ops 4 can be a struggle for some older computers, so double check that your system has what it takes:

As we mentioned earlier, the Black Ops 4 release date isn't the end of the story regarding content. Activision and Treyarch have plenty of additional content planned for release to maintain the interest of COD players.

This time around though, Activision have changed the way they provide DLC. In the past, Season Passes have included a set of four planned DLC packs, allowing gamers to pay upfront for future adventures and maps. For Black Ops 4, gamers will need to buy the DLC packs separately from the Season Pass. As explained above, the core Season Pass comes with extra zombie episodes and multiplayer maps, but you can expect more complex additions in the future.

So, if you want to enjoy four new Black Ops episodes in the year after release, you will need to buy them in the DLC pack. This means players can't “try before they buy” as has been the case with previous DLC.

However, there's good news as well. Treyarch will be releasing monthly batches of free DLC, including the Nuketown map and new specialist characters. So even if you can't afford the Black Ops Pass to access in-depth new challenges, the core of Black Ops 4 will be updated.

Getting the Best Price for COD: Black Ops 4

If you fancy blowing away zombie hordes, teaming up to carry out a daring heist, or battling it out on a shrinking map against bloodthirsty fellow players, Call of Duty: Black Ops 4 is surely the title for you. But when you come to make a purchase, don't fall for listed prices. Find a way to save money on one of the year's most eagerly awaited shooters.

If you can find a bundle deal with the Black Ops Pass, that should be a priority, as it will deliver a more satisfying experience when DLC packs come online. But if you can find cut-price special edition deals, that's even better. Either way, HotUKDeals is the place to start your search.

Our listings are full of up to date offers from the UK's biggest gaming merchants. From GAME and Smyths to Amazon, Currys, CDKeys, and Tesco, you'll find the broadest possible selection of Black Ops 4 deals as soon as they are announced.

But you don't have to buy straight away. In fact, if you delay until Black Friday or Cyber Monday in November, you may find even bigger reductions for the various editions, and the Nuketown add-on will be on stream by then as well. Still, even if you buy right now, the HotUKDeals listings are sure to offer the best prices around.

The Call of Duty series has reached a new level of multiplayer excitement with the release of Black Ops 4. Featuring a huge range of maps and modes, this first-person shooter could be the ultimate multiplayer combat title, letting you battle zombie hordes and your fellow humans, with fantastic graphics and slick mechanics. If that sounds good to you, pick up a deal on the Call of Duty: Black Ops 4 HotUKDeals listings.