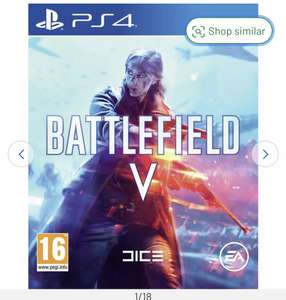 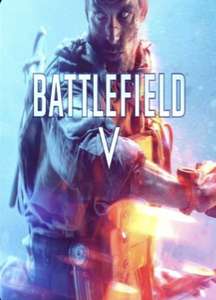 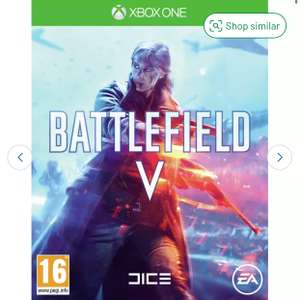 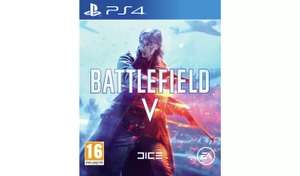 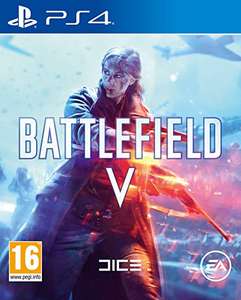 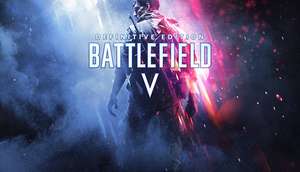 The Battlefield series, published by Electronic Arts (EA) and currently developed by EA DICE, allows players to experience the highs and lows of multiplayer combat, using realistic maps, weapons and vehicles to conjure up a gaming experience that has gathered a cult following. Additionally, most Battlefield titles feature single-player campaigns, although these are never the main attraction. This game is all about the multiplayer teamwork.

Battlefield 5 is the 11th title in the series and confusingly not the fifth as you might think. Since the franchise debuted in 2002, around 50 million people have logged onto its servers. Released on 20 November 2018 for PCs, PlayStation 4 and Xbox One systems, it's sure to be one of the year's biggest gaming hits and a big Black Friday favourite. Only Call of Duty comes close in terms of combat realism and team-based action, but what does the latest Battlefield title have to set it apart?

This buyer's guide will look in more detail at the Battlefield series in general and the latest title in particular, helping buyers decide whether to join the fray in EA's FPS shooter, or to opt for the latest offering from Activision, publishers of the Call of Duty franchise. 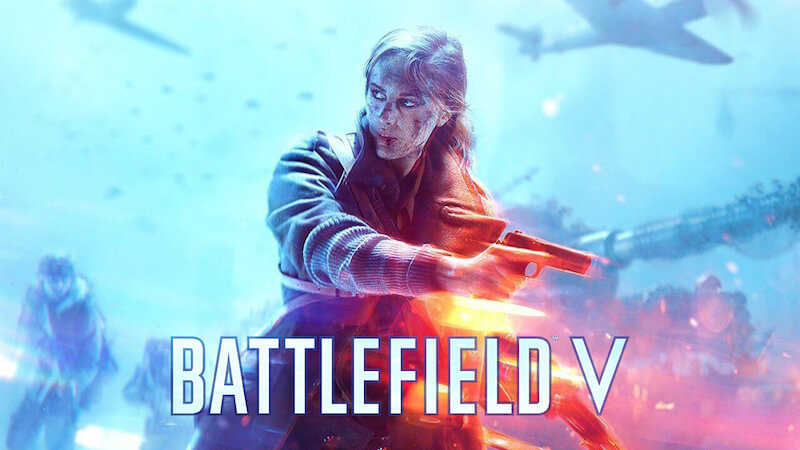 In 2002, EA released Battlefield 1942 for Windows PCs. Battlefield 1942 immediately set the tone for the series, offering multiple WW2 combat theatres and frenetic multiplayer action against human or AI players. Everything in the first title was based around teamwork, not individual skills, and that's one thing which EA have kept in place throughout the series.

Expansion packs followed, and then Battlefield 2 arrived in 2005. Bringing the action up to date, the sequel offered theatres from a terrifying fictional conflict between today's global powers. However, at the same time, EA continued to release historically themed packs, such as Battlefield 1943 which saw players doing battle in a Pacific WW2 theatre.

Battlefield 3 was released in 2011 and included a range of special forces themed operations set in locations like Iran and New York City. But the launch of Battlefield 4 in 2013 made a bigger splash. The fourth major instalment in the franchise featured new ways to customise weapons, frantic 64 player matches and Commander Mode, a way of instructing team members to follow central strategies. This added a new element of depth to multiplayer combat, making it much more realistic and complex.

Then, in 2016 EA changed direction with the release of Battlefield 1. Instead of a remake of the original game, this new title saw players experience a diverse range of World War One battles. Very few games had tackled the Great War in this depth, and both the single player and multiplayer modes were highly praised by players and critics.

By 2018, the stage was set for Battlefield V to attack, so how do its forces measure up against its illustrious predecessors? 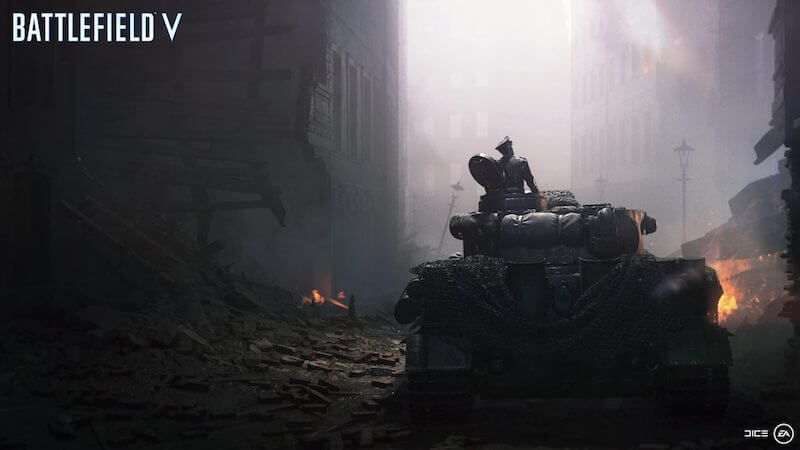 The latest Battlefield title takes the action back in time again. After a few episodes fighting sci-fi and War on Terror-influenced scenarios, the latest game lands players in the middle of World War Two. But it isn't cliched romp through history. EA have promised a range of “unseen” WW2 battlefields, offering a fascinating insight into the world's bloodiest conflict.

Even veterans of the earlier Battlefield games will find some unfamiliar elements in Battlefield 5, so it's worth running through some of the most important additions to the game's action. 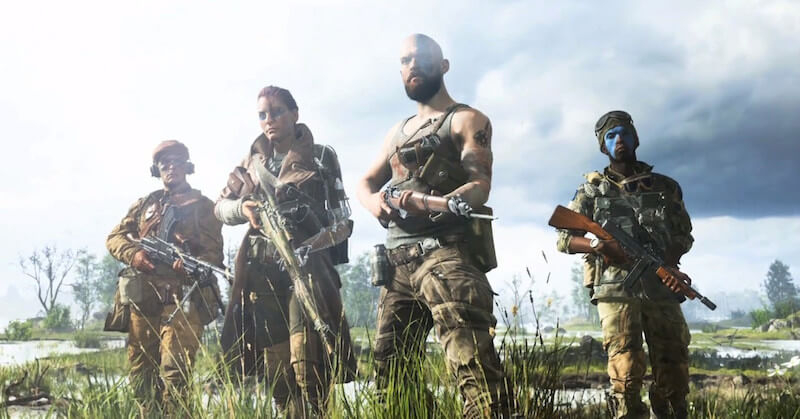 The overall gameplay experience in Battlefield V has been christened “Tides of War”, and it aims to provide “a true journey through World War 2”. Tides of War revolves around each player's company, which includes characters, weapons and vehicles.

In Battlefield 5, a lot depends on the character class you choose in your company. In this outing, players will be able to choose from four main classes: Medics, Assault Troops, Support Troops and Scouts. Scouts are speedy and possess stealth abilities, Support Troops will supply the logistical skills demanded by new gameplay features, Assault Troops will be the firepower behind strategic attacks, while Medics zigzag across the battlefield, healing soldiers and keeping everyone ready for action.

As you make kills and win campaigns, your company will progress through various skill trees, gaining the ability to use different weapons, vehicles and accessories. And you'll be able to customise your equipment via Archetypes, bundles of extra features related to certain classes. You'll be able to swap different features between classes as you progress as well, so following certain trees won't lead to dead ends.

Perhaps most importantly, players will have free rein to decorate their vehicles, adding special skins to mark them out on the battlefield. So when you join the action, everyone will know about it.

There will also be a range of gameplay modes to explore. Some are returning from previous instalments, such as Frontlines, Domination, Team Deathmatch, Breakthrough and Conquest. All of them will be familiar to FPS fans, but there are a couple of new modes that might not be:

EA have worked hard to introduce new spins on multiplayer modes, but they have also revisited the idea of loot boxes. This time around, players won't be able to save up for loot boxes, so parents don't need to worry too much about in-game currency purchases. There may be “vanity” items available for purchase, but in-game currency isn't a big part of the deal with Battlefield V.

Prior to its release in November 2018, Battlefield V was extensively previewed via betas over the summer, and critics got a good chance to assess the new gameplay elements for themselves. For Digital Trends, the group-based mechanics were a welcome change, adding a totally new angle for FPS multiplayer combat. They praised the way snipers had been made less decisive via intelligently constructed maps, as well as the emphasis on face-to-face combat, offering an authentic, powerful experience.

Tech Advisor saw the game running at E3 and were impressed, judging that Battlefield 5 “shifts the setting, and ups the ante” relative to Battlefield 1. They highlighted the “cinematic” action created by Grand Operations, and seconded praise for the map architecture. They were also impressed by the “fog of war” created by graphics and gameplay, generating a degree of controlled chaos that didn't dent the gameplay but made combat much less straightforward.

By and large, the beta was well-received, nurturing industry buzz leading into the release date in late November 2018. And that's no surprise. The Battlefield franchise has put very few feet wrong since 2002, and this instalment is sure to continue their winning streak.

If you want to get hold of a copy of Battlefield 5, the game will be released for PS4, Xbox One and PC and a number of editions will be available.

Another buying option is to buy Battlefield 5 along with a gaming console. For example, the game comes in an Xbox bundle with an attractive grey console chassis. It also provides access to previous Battlefield titles from earlier Xbox consoles, so there's no better way to get a feel for the history of the franchise. 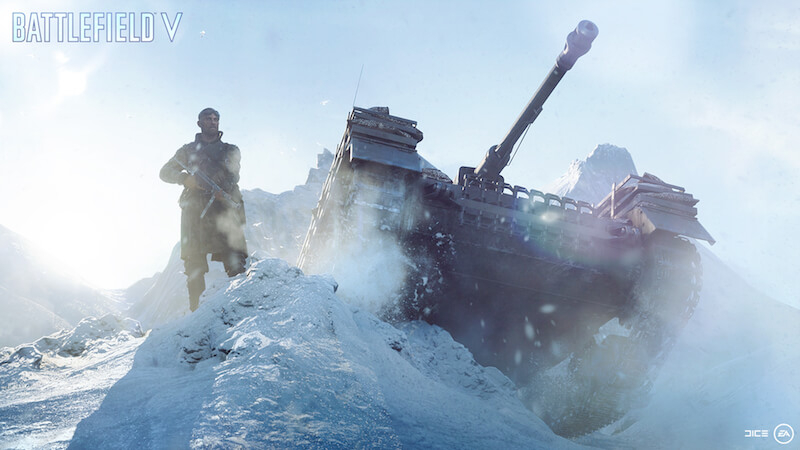 Battlefield vs Call of Duty

Before buying Battlefield 5, players will probably want to assess the competition, and in this context one name stands out: Call of Duty. The COD series has recently had an update in the form of Black Ops 4, which also focuses on multiplayer action and does away with single player almost entirely.

Both games now feature Battle Royale modes, so if you're a fan of these frantic modes, you'll enjoy them both. However, Battlefield's Firestorm seems to be the more complex of the two, allowing teams to create complex strategies and blow up elements of the environment as they seek to win. In Black Ops 4, Battle Royale is totally individual, while Battlefield sees you working as a team of 4, which creates a totally different dynamic.

COD: Black Ops 4 also has a different style. Instead of realistic combat, the developers have made Zombies a key part of the action, while their Blackout map is larger than anything Battlefield can offer. Player numbers are also higher, with 100 compared to 64 players.

In graphical and technical terms, both games look impressive and play smoothly across all platforms. But if you're hunting for a realistic historical experience, Battlefield wins out. Then again, if you're just looking for a blast, Black Ops 4 may well be ideal.

Before buying Battlefield V for Windows PCs, it's advisable to make sure that your system has the power to handle its graphics.

First, here are the minimum specifications:

Unusually for modern multiplayer FPS titles, Battlefield 5 will not deliver its DLC via a Season Pass. Instead, players will just have to sign up for Tides of War when they install the game, and new content will be delivered for free as it becomes available. That's another thing to think about when choosing between Battlefield 5 and other first-person shooters.

Getting the Best Battlefield 5 Prices

Dive into the action of World War Two for less by finding the right Battlefield V deals. The latest Battlefield title will retail for around £50 in its cheapest edition, so it's important to save money where you can. Thankfully, doing so shouldn't be hard.

Firstly, think about whether you need the Standard or Deluxe Editions. There are a few handy add-ons with the Deluxe Edition that will help you kick off your combat career, but the core gameplay is all there with Standard Edition. If you can find a great price for the Deluxe Version, that's great, but with Battlefield V, the cheapest edition offers plenty of functionality.

Whatever edition you go for, check out the latest offers at HotUKDeals before trying anywhere else. Our listings feature up to the minute offers from UK merchants like GAME, Smyths, Amazon, CDKeys, Very, Tesco, and many others. So if it's discounted and available in the UK, you'll find it here.

Origin Premier is another option for PC gamers, especially if you know you'll be playing other EA titles. It's available via a monthly subscription, working out at around £180 per year, but comes with discounts on Origin purchases. So if you're an EA fanatic, it's worth it.

Then there are console bundles. Battlefield V could be one of those games that shifts PlayStations and Xbox consoles by the millions, and if you haven't updated your system, now could be a good time to do so.