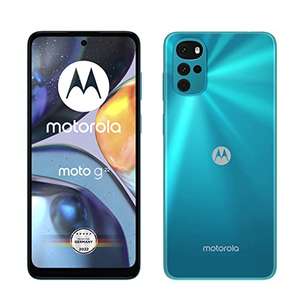 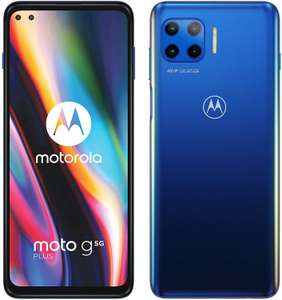 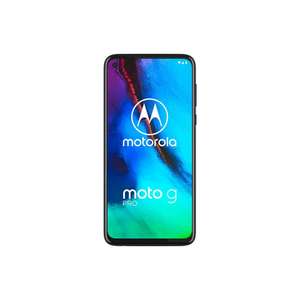 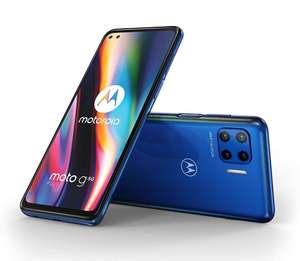 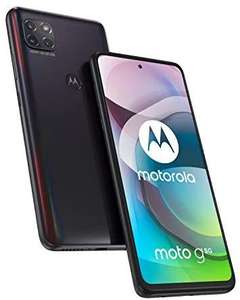 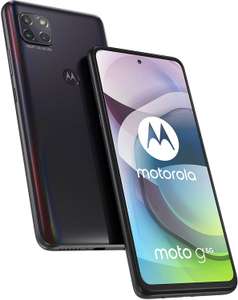 The Moto G is an Android smartphone manufactured by Motorola (part of the Lenovo Group). Stylish, technologically advanced and available in many different versions, it is one of the most popular phones around. This buyer’s guide explains the various capabilities and models of Moto G on offer, and how to find the best possible Moto G discounts.

The Moto G is manufactured by Motorola Mobility, which itself is an offshoot of Motorola – one of the most famous of all American tech companies. Nowadays, Motorola is owned by the Chinese giant Lenovo, but continues to develop state-of-the-art phones, with the Moto G in the vanguard.

The first Moto phones were launched in 2013 (when Motorola Mobility was still under the Google umbrella). Starting with the Moto E, the company began to introduce its distinctive Android phones, making the most of their connection to the developers of the OS. This allowed them to optimise their hardware to run the fullest possible range of Android apps. While the Google connection no longer exists, the focus on Android remains.

The first Motorola Moto G debuted in 2013 as well, entering the market as an affordable complement to the Moto E. It actually began life as a cheap Android phone for countries outside Europe and North America, but it was so successful that Motorola began marketing it in more developed world as well.

We’ve now reached the fifth iteration of the Moto G, which continues to offer premium features at relatively low prices.

What Can You Do with the Moto G?

First off, it’s important to note that the Moto G comes in a variety of models. They all differ slightly in terms of specifications and abilities, but there are many broad similarities. Here are some of them:

Above all else, the Moto G range is a budget smartphone option which manages to keep costs low without skimping on features. 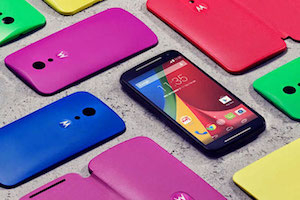 As noted above, all Motorola Moto G phones come with slightly different specifications, so it makes sense to consider just the two most common versions: the Moto G4 and the Moto G5.

As explained below, both the G4 and the G5 come in “Plus” editions which significantly boost many of their specifications (such as processor speed and memory). 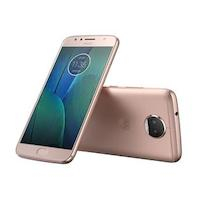 Different Models of the Moto G

Motorola’s Moto range comes in a variety of different models, including discontinued phones that may well still be available to buy from HotUKDeals merchants. Here’s a run down of the choices on offer:

From the Moto G4 onwards, there are also 4G LTE versions of the mobiles available. Compared to the 3G only versions, the data speeds are up to 10 times faster on the 4G LTE mobiles, which makes them a smart investment if you browse the internet a lot. Another thing to think about when choosing your Moto G model is colour. Buyers should know that the G5 and G5 Plus only come in two colours (grey and black). The G4, on the other hand, comes in an array of tones, including vibrant blues and reds. If aesthetics matter when buying a phone, the 2016 generation could be more to your taste.

Should I Buy a SIM-Free Moto G?

If you head online to purchase a Motorola Moto G phone, you’ll almost certainly come across plenty of SIM-free deals. However, when you encounter a 16GB SIM-free deal, is it necessarily the best buying option?

Basically, the term “SIM-free” just means that your phone would not be tied to SIMs from any particular phone company. So, in theory, you can purchase a SIM-only deal from the company offering the best deal. You can also check prices on a rolling basis and take advantage of SIM deals when companies lower their rates – so SIM-free setups tend to be a great option for savvy mobile phone users.

SIM-free phones are new phones and are not pre-owned. If you want to buy a pre-owned Moto G smartphone to add your SIM card to, look out for “unlocked” devices instead.

SIM-free phones tend to have some major advantages aside from the ability to shop around. For example, when you just buy the handset, you will almost certainly get a better resale price than you would with a phone tied to a network. You can use Pay as You Go SIMs as well, keeping costs limited to periods when you really need to have smartphone access. And SIM-free phones are great for globe-trotters. When you travel, you usually pass across the borders separating mobile phone networks. This should mean that you can drop a foreign SIM into your phone wherever you go (instead of having to buy a completely new phone.)

And what about the downsides? Well, SIM-free phones tend to cost more. When you buy contracts and handsets together, networks often offer discounts on the handset to entice you to sign up for a contract. You may also miss out on special offers for contract holders – but this is often off-set by the ability to shop around.

Then there’s hassle. Shopping around takes time and effort, while having a contract asks very little of the owner beyond paying their monthly bill.

What About Moto Z?

Although the Motorola Moto G range is an impressive budget option, it’s not the only choice for Moto owners. If adaptability is a key concern, you might also want to check out the Moto Z.

Motorola are keen to promote their Moto Z phones as some of the most adaptable on the market, which is why they offer a range of “Moto Mods” for phone owners to add. These usually cost relatively little and can enhance the look and functions of your phone. Examples include:

Key Accessories for the Moto G

All smartphones can be enhanced when you have the right accessories. Here are a few popular options for Motorola Moto G users to consider:

Buying a mobile phone is never a simple process. However, the decision is easier to make when you’re looking for a functional, cheap Android smartphone. In that case, the Moto G range should be the first place to look.

To get a feel for the range of Moto G products on offer (and alternatives like the Moto Z), head to the Motorola home page at www.motorola.co.uk where you can check out features and specs and finalise your choice.

Think about how you’d like to buy your phone. Do you want a SIM-free handset or a contract phone? As noted above, both have their advantages and drawbacks. In any case, the next step is a no brainer: head to HotUKDeals and start searching for Moto G phone discounts.

When you do, you’ll find SIM-free handsets available from the UK’s biggest mobile phone merchants, including Very, Carphone Warehouse, John Lewis and Amazon as well as SIM deals from Tesco, Vodafone, EE and O2 (as well as online offers from Motorola themselves.

If you are going to go down the SIM-free route, you can also use HotUKDeals to search for the cheapest contracts or PAYG deals, so check back on a regular basis and remember to change networks when the prices shift.

Shopping seasonally can also be a good way to save cash. November is always a good time to snap up tech products, with Black Friday and Cyber Monday jump-starting the festive sales period. However, other times can be good as well. Just keep your eyes peeled and stay alert to the possibility of great Moto G deals at any time of year.

Motorola’s Moto G range of smartphones are a superb option for anyone who needs a high-powered but affordable Android phone. Pitched at a price level every phone owner can appreciate, Moto G phones do pretty much everything high-end Apple or Samsung Galaxy phones can. Find out for yourself by taking advantage of the Moto G bargains at HotUKDeals.