Black Friday and Cyber Monday 2021 Deals, info and how to find the deals you want - What are you looking for? Let us know!

Dan_82 Team Member371
Posted 9th Nov 2021
Hi all, as many of you know Black Friday 2021 & Cyber Monday is creeping up on us pretty fast (again!), so I've pulled together everything we know - who's expected to take part, how to get alerts for the deals YOU want, insider info and more.

I'll be updating with the BEST deals as/when they land, so make sure you subscribe to the thread and bookmark it, so you can keep checking back

Check all the BEST deals here - Constantly updated throughout the day!


Dont forget, check for vouchers and discount codes before purchasing!


Some quick information on how Black Friday and Cyber Monday came about:


What is Black Friday?

Black Friday is the name traditionally given to the shopping day after Thanksgiving in the US, which has long been regarded as the first day of the Christmas shopping season, when retailers release many special offers.

Black Friday exploded in popularity as online shopping took off in the 2000s - Black Friday UK soon followed and is now a MASSIVE yearly event for many.

What is Cyber Monday?

Cyber Monday is a marketing term referring to the first Monday after the Thanksgiving holiday in the US, which lasts for 24 hours.

When does Black Friday start?

Officially it's the 26th November but some merchants go early, usually around 3 weeks prior.

When does Cyber Monday start?

Cyber Monday is 29th November, usually lasting one day but over the past few years we have seen some deals extended into the day after but wouldn't count on it.

How to find the best deals, using hotukdeals.

All of the hottest deals over Black Friday and Cyber Monday (as well as every other day of the year) are found on our website and in the app. At the top of the homepage, you'll see a few different categories of deals...

What do the tabs mean?

Hot - Deals voted Hot by the community hit the hot page around 100 degrees and shows deals starting to climb the hotukdeals boards.

New - All deals submitted get posted here, it's the to go-to for everything new, well worth keeping tabs on as some expire very quickly.

How do i make sure i don't miss out on the best deals?

The easiest way to make sure you never miss out is getting Black Friday deals sent straight to your phone whenever they go live. And it is simple, quick and free to do this via our hotukdeals app.

So first, download the hotukdeals app for Android or iOS. Once done, you can set up keyword alerts for any of the deals you care about.

You can set up your hotukdeals keywords here - when a deal goes live, you'll be notified (make sure you log in)

You can also go back into these keyword settings to remove, edit, update etc.

Example of the alerts: 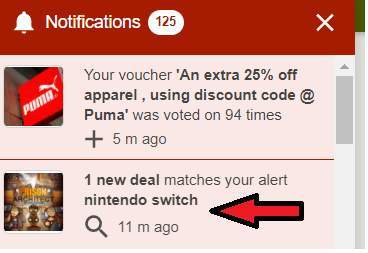 you can also look a what other groups would interest you

Every day, our team checks out what's hot right now to make sure you won't miss out on the best deals and hottest topics of the moment. We send you a summary of our favourite deals, directly in our app so you never have to check anywhere else for great deals. It's fun, it's free, and it's 100% handpicked for you! 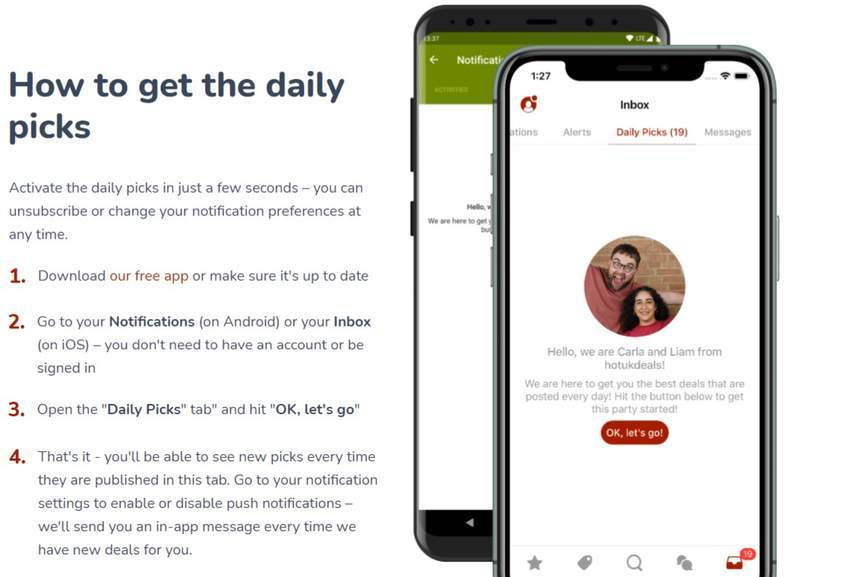 At the bottom of the opening post in the thread you wish to follow, you'll see this option

You can toggle this on/off as and when you need, you'll then get notifications when a comment is made, no need to keep checking back!

Just because a price drops during a Black Friday sale, this doesn't always make something a great deal. Some may not be a bargain they're made out to be...

Take your list of targets and search on hotukdeals to see what the best prices have been over the last few months. You can also try using CamelCamelCamel, which lets you search for price history on Amazon as a decent benchmark, another is Pricespy.

Weigh up the costs of warranties

For example: Retailer A, may offer a TV for £700 with a 1 year warranty but retailer B may over the same TV for £750 but with a 5 year warranty, £50 extra for an extra 4 years' peace of mind could be totally worth it.

Sort out the best way to pay for items from abroad

Some of the best deals come from websites based overseas, such as Chinese retailers like AliExpress or Amazon Germany.

If you want to take best advantage of these, it pays off to sort out a dedicated payment method which charges less or no fees. You can read all about these in our Buying from abroad: from taxes to returns, how to shop safely guide

Many retailers have a price promise

Many retailers have a price promose i.e you buy say 26th November, if you spot it cheaper wthin say 30 days, you can claim back the difference. This does differ between each retailer. Some retailers don't have a price promise at all, but may do it as a good will gesture so worth bearing in mind.

If buying a mobile phone contract

if taking out a contract, factor in the price rise in April, as this may take you over your budget. 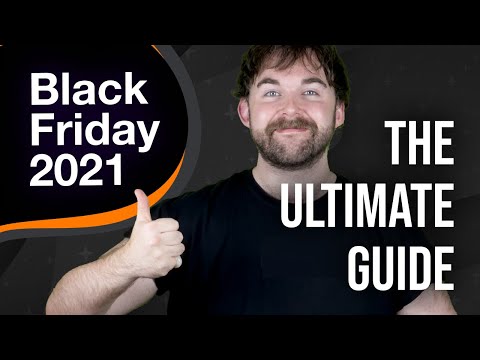 Our predictions of Black Friday and Cyber Monday bargains

It is really difficult to accurately predict the deals we will see - we talk with retailers to get an idea about whether they'll be getting involved or not, but the details of specific products and prices aren't revealed until much closer to the time though.

However, based on what we have seen in previous years, and last year being pretty difficult due to COVID, we are happy to share the sort of areas we'd expect to see offers in, and some benchmarks for what good would look like

What Black Friday 2021 deals do we think will be popular?

Also likely we'll see some strong prices on the likes of Call Of Duty: Vanguard and FIFA 22

Halfords usually has something up it's sleeve with discounts ride-on toys, reduced bikes, money off XX spends with vouchers, free delivery and so on.

eBay usually have some sort of code, usually around a week before black Friday itself. Usually around 20% off selected sellers, we may even see a discount sitewide (we can dream!)

Tesco came out with some cracking deals last year including the Nintendo Switch, some dead cheap TV's and even Amazon Fire Sticks

Costco usually have some sort of discount, the last 2 years have been £10 off a £100 spend via a voucher code (see here). Expect the same again but time will tell.

John Lewis & Partners often takes part with the usual discounts on gaming, home, electricals - and all with its famous extended warranties.

ALDI was a big suprise last year, they had some super strong offers including LEGO and a cracking nintendo Switch offer


What Black Friday 2021 deals do we think will be popular?


Other information you may find useful:

Black Friday deals and Cyber Monday sales: How to find the best bargains

Free PayPal returns and refunds: here's how to get free returns

Buying from abroad: from taxes to returns, how to shop safely

Fake Shops: How to Stay Safe When Shopping Online


Also other hotukdeals channels you can follow for deals, insider information and more.: